Twelve years ago, the Broe Real Estate Group had an ambitious plan to build two 30-story towers. Upon proposal, they received an approved development agreement with the City of Denver to build the 300-foot towers, which were consistent with zoning that has been in place for decades. As you can imagine, the neighbors, living in single-family homes and small condo units, were not happy about this proposal. Concerns over traffic, loss of views, and large shadows came up in the various public meetings the development firm held.

Broe trekked on with their plans and held a ground breaking ceremony at the Country Club Towers site this past Monday. Most of our readers have known about this project as it’s been in the works for a very long time. Because the design review for this project was very extensive, we here at DenverInfill wanted to make sure we gave you the final renderings and facts to avoid confusion down the line.

First, let’s start off with an aerial view with the site outlined. As you can see, some demolition was needed to make way for this project. 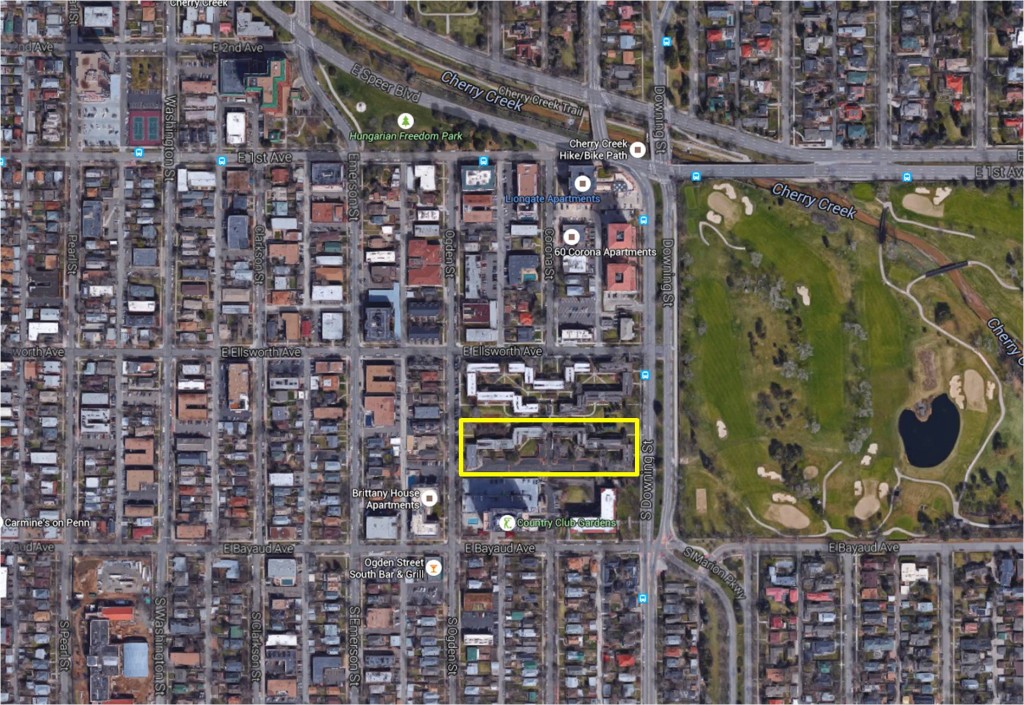 Without further ado, here are the Country Club Towers: a twin 30-story tower, 558-unit apartment project, designed by SCB Architects, developed by The Broe Group, and built by Swinerton. All of these renderings are courtsey of the project’s website. 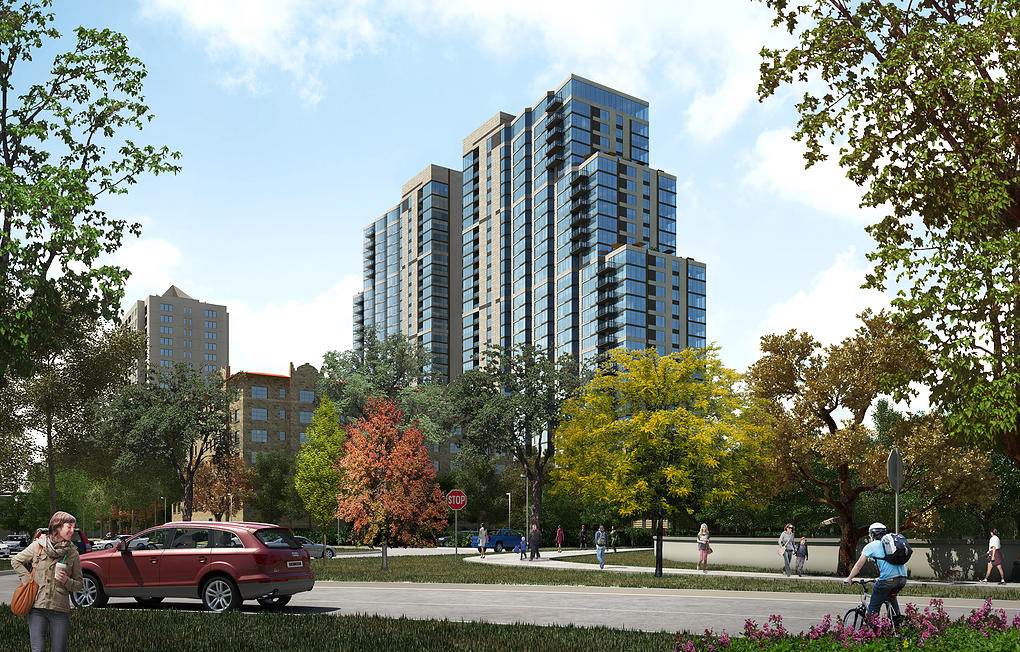 Here is the ground floor, designed to fit in with the surrounding buildings. 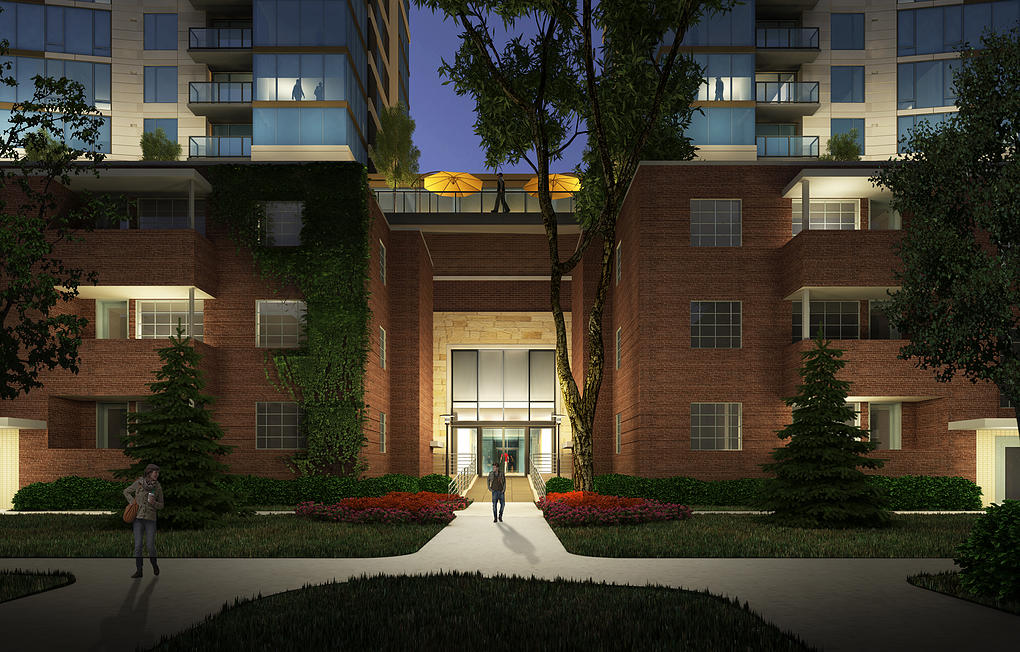 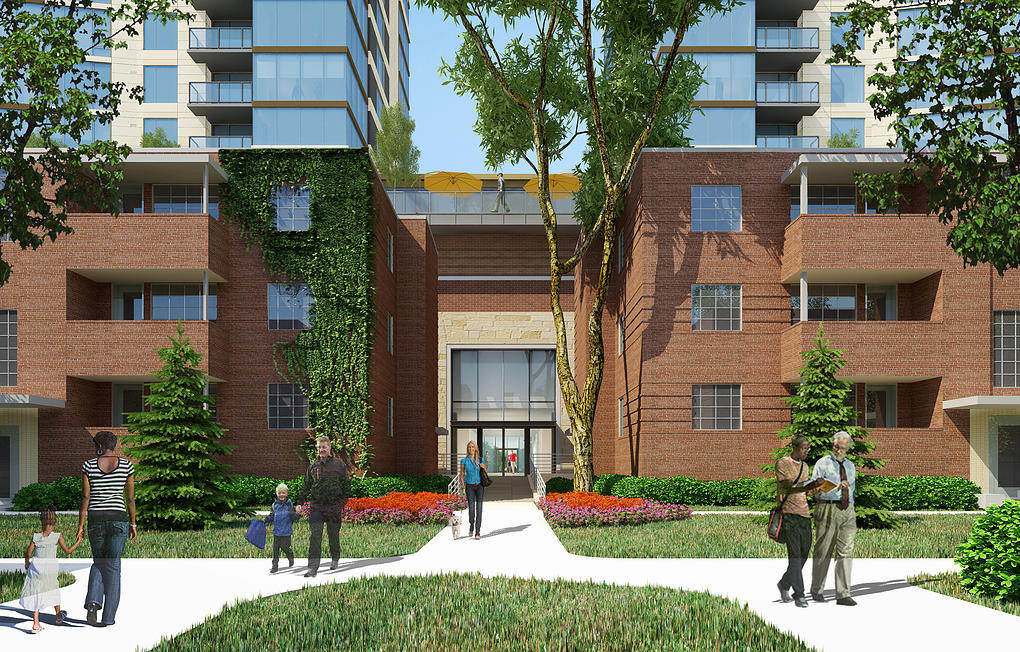 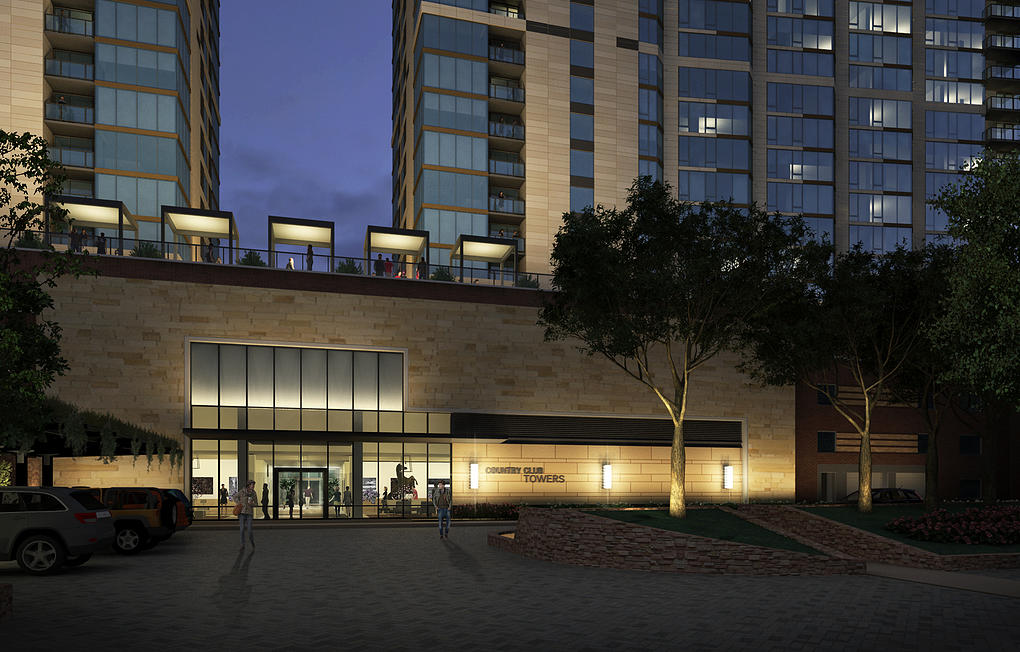 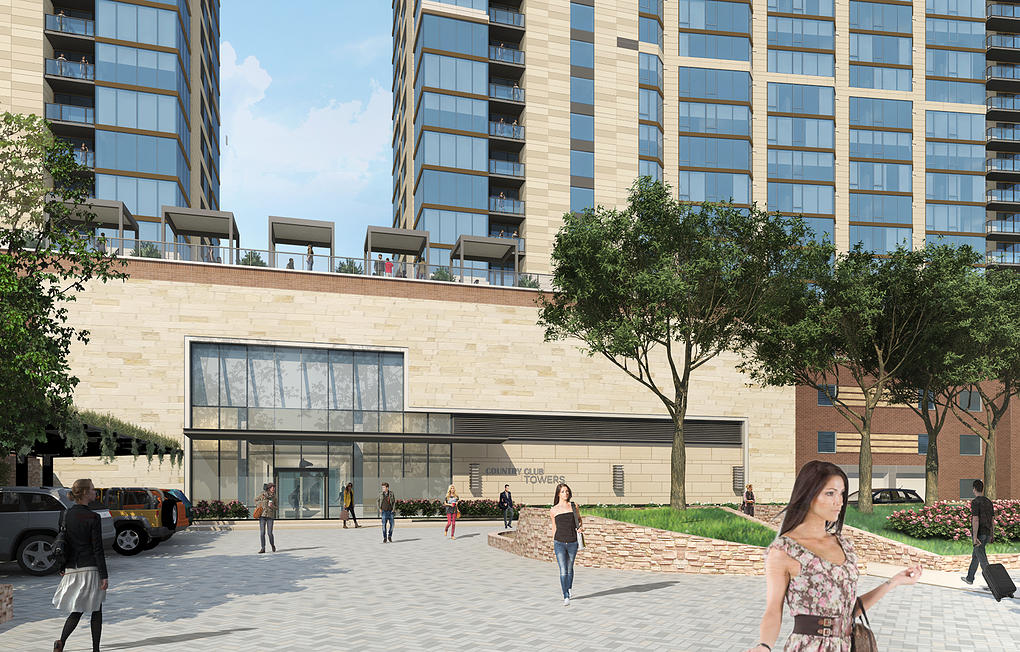 The existing gardens will also be incorporated in this development. 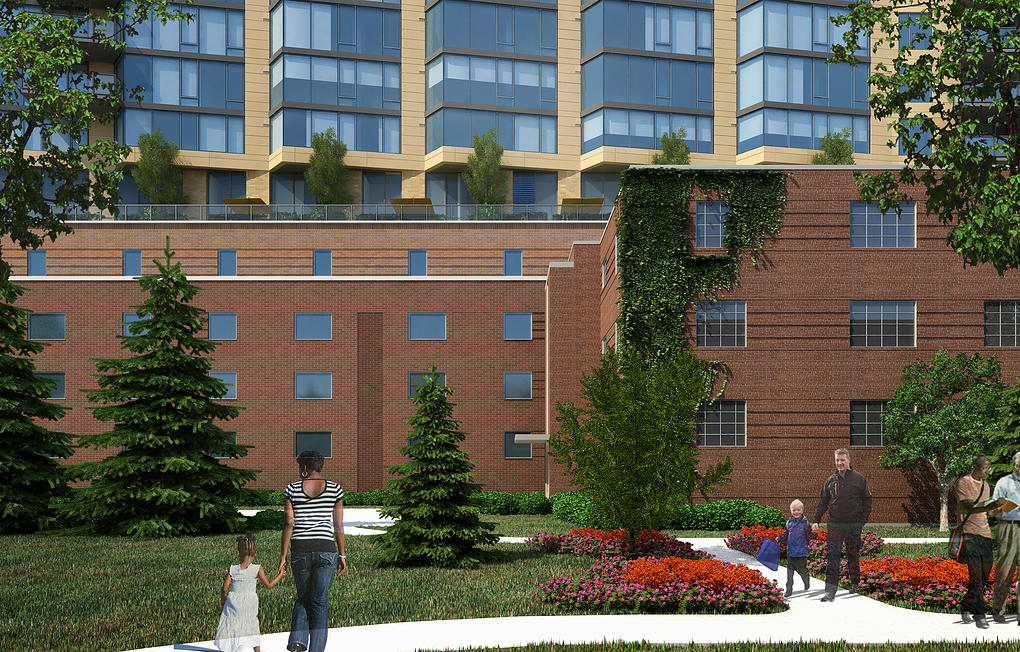 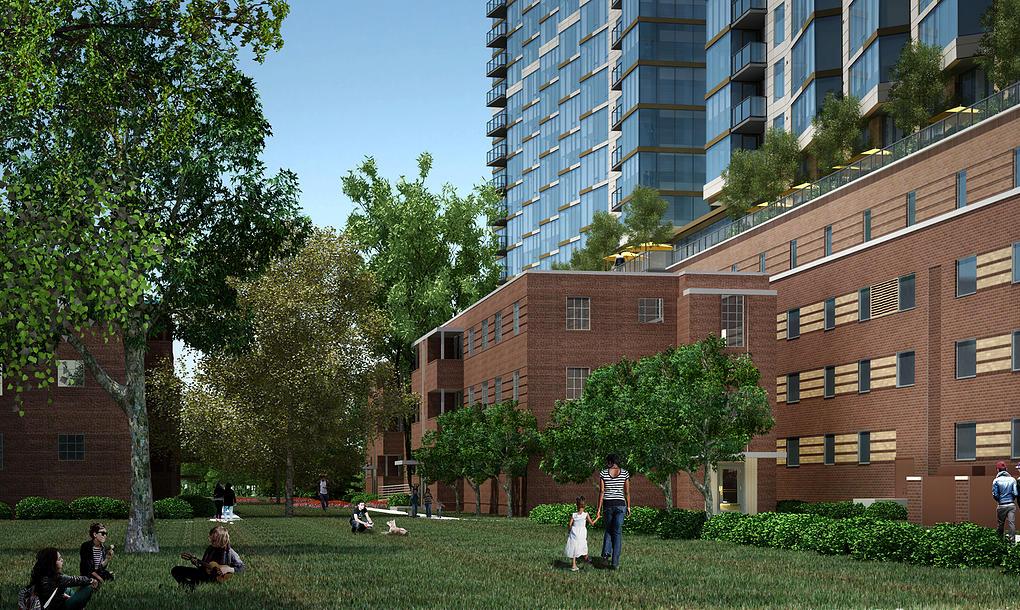 Residents will be provided with 1,005 structured parking spaces giving the project a parking ratio of 1.8:1. 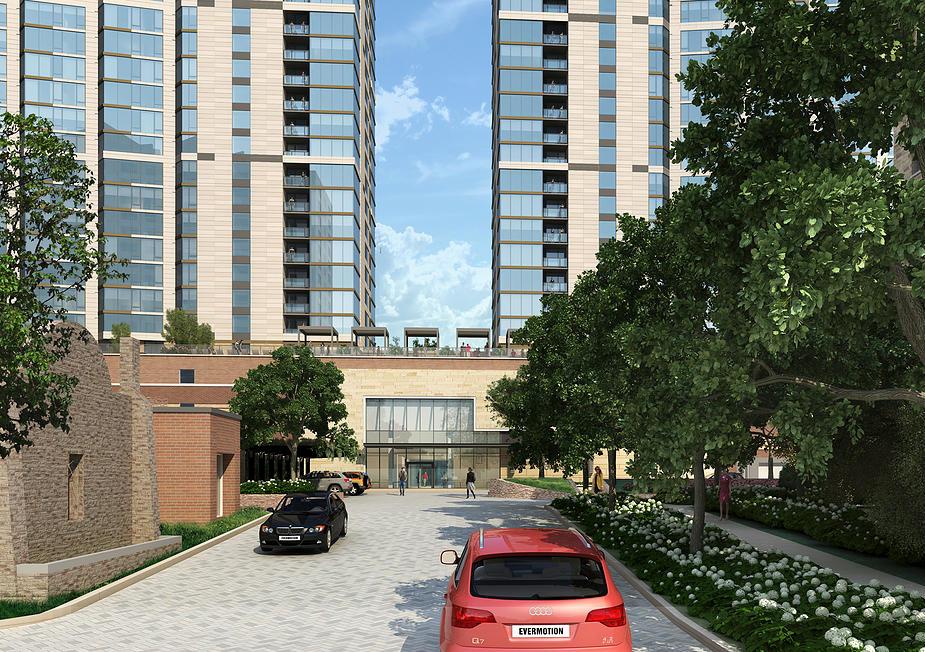 Last but not least, here is a detail shot of the east building. The Country Club Towers will feature a glass and masonry facade. 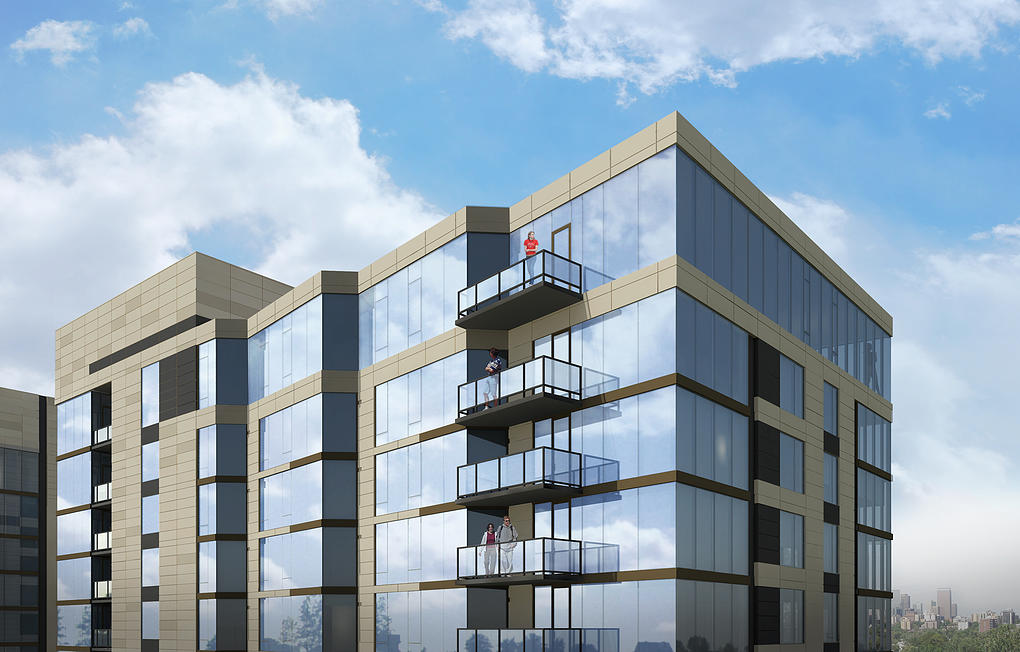 Swinerton has provided the public a construction timeline, which can be viewed below. Currently, excavation and shoring is underway with foundation work scheduled to start any day. We should see a couple of tower cranes on this site by October.

Country Club Towers is scheduled to be complete around mid-2017. We will get out there soon to take some photos for the first update!