A couple weeks ago, we posted an update on the 34-story Confluence project stating that it was starting to make an impact in both the neighborhood and skyline. Even though not much has changed as far as the height is concerned, today we are going to take a more in depth look at this project.

As we know, the tower is now up 11 stories with the low-rise, along Little Raven Street, up four stories with one more to go. 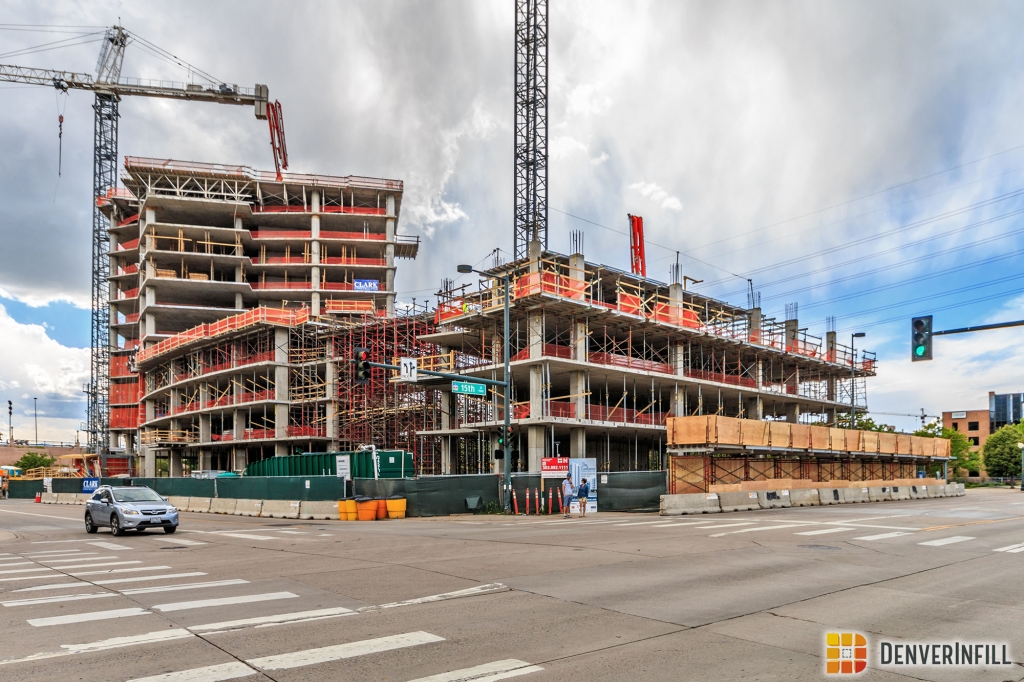 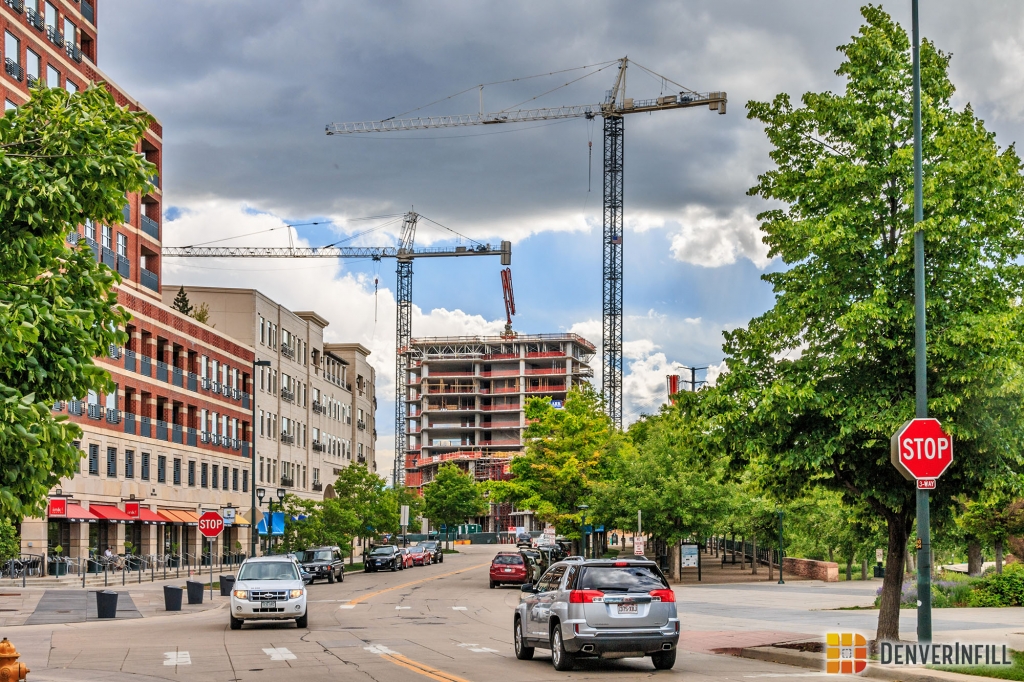 This tower is going to have a huge impact at both Confluence Park and along 15th Street. Given the slender footprint of the tower, it will be a good addition to the park and nearby neighborhoods without being too overbearing. 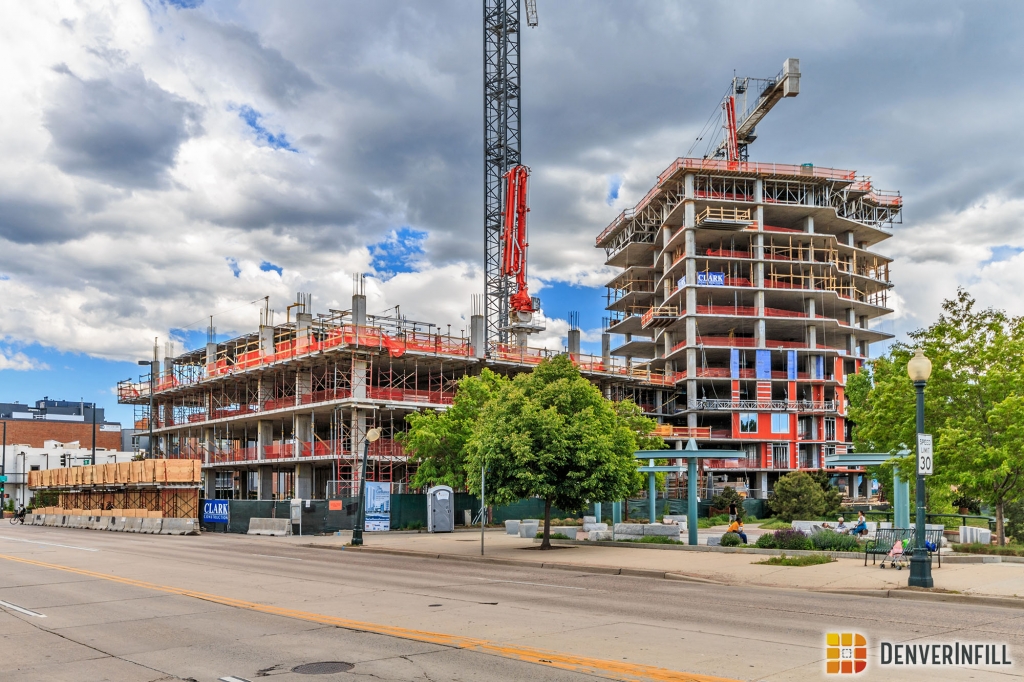 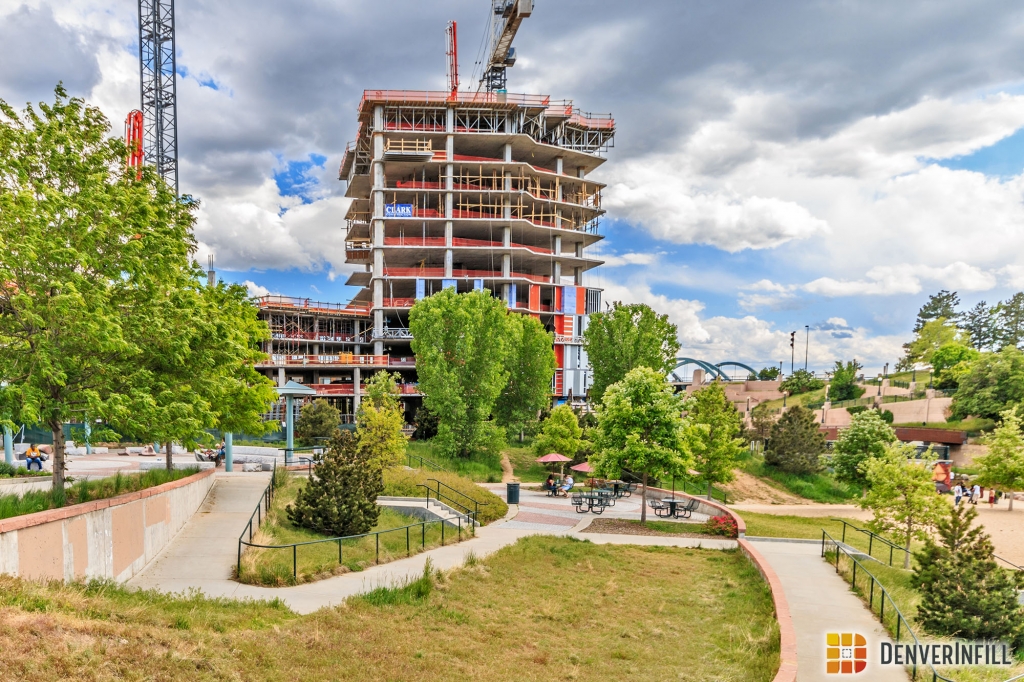 Here is the main reason why we are updating this project after such a short amount of time. The facade is starting to go up! If you look closely at the rendering, there are a lot of elements at play; from a glass curtain wall to paneling with glass mixed in-between. 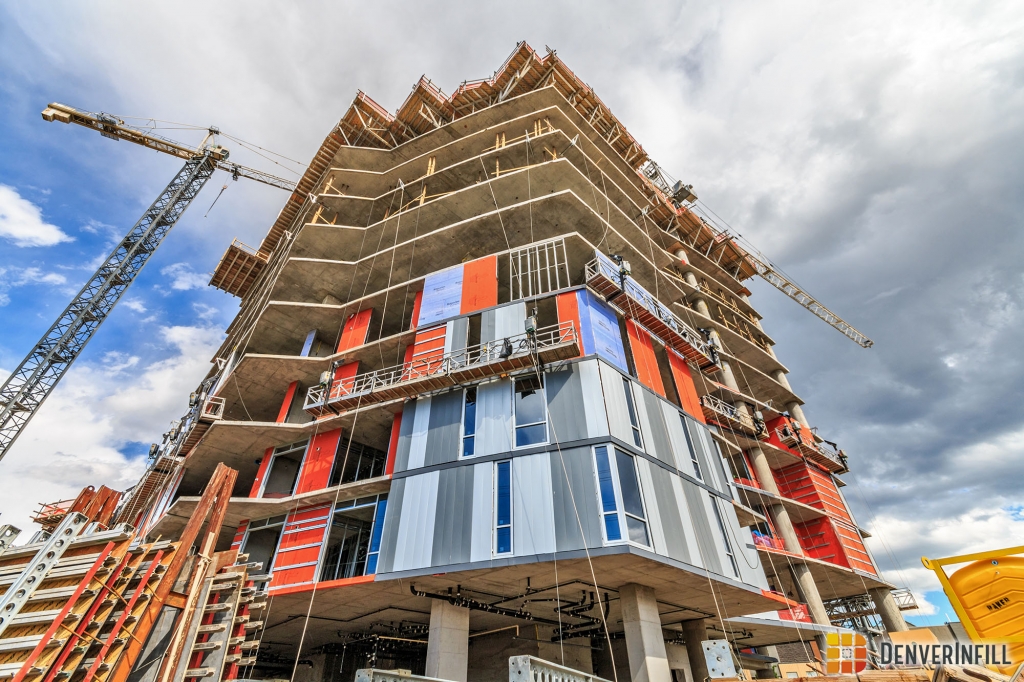 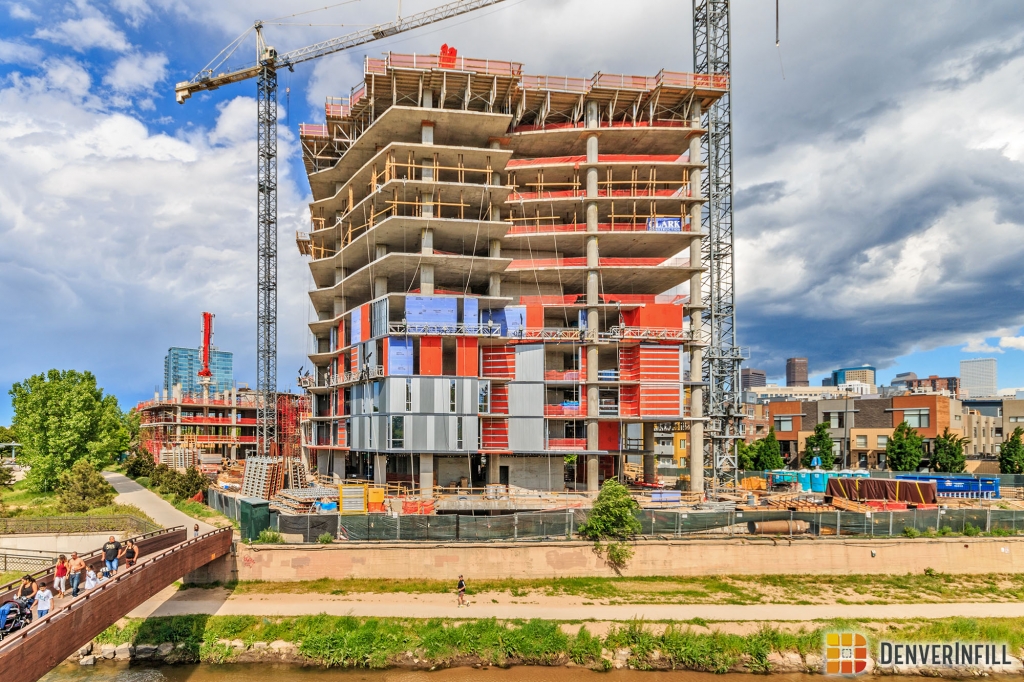 The side of the tower facing downtown will primarily have a mixed paneling and glass facade but will also feature a sharp edge. 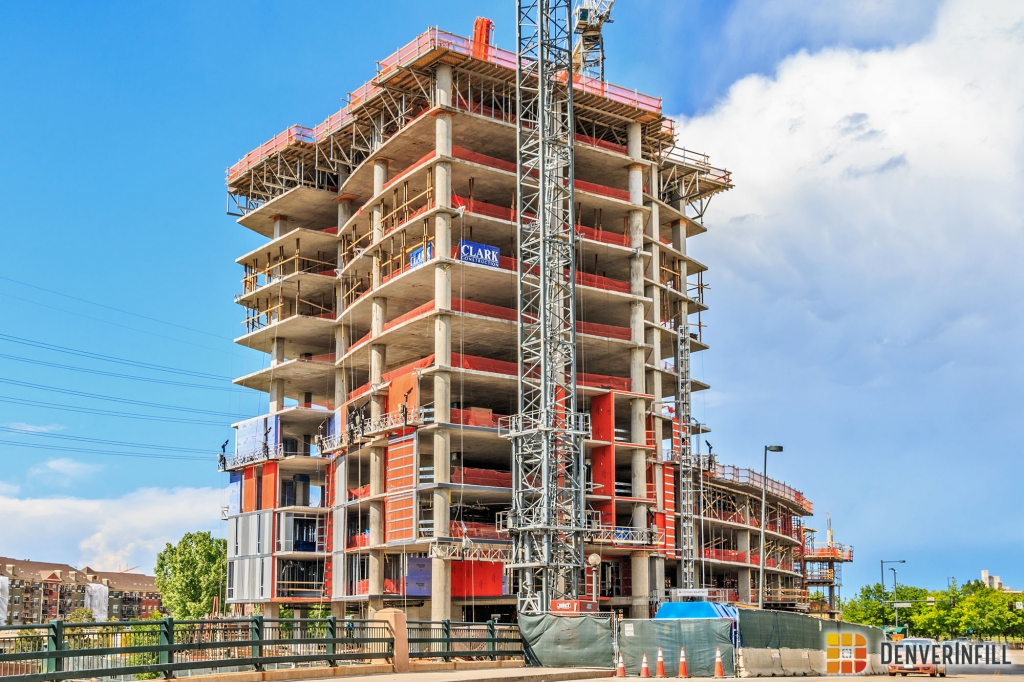 As a bonus, here is a great photo of The Confluence thanks to Ken! With a lot of the new projects going in, we all seem to expect wide, long buildings. This photo shows the opposite; a smaller, more slender tower. 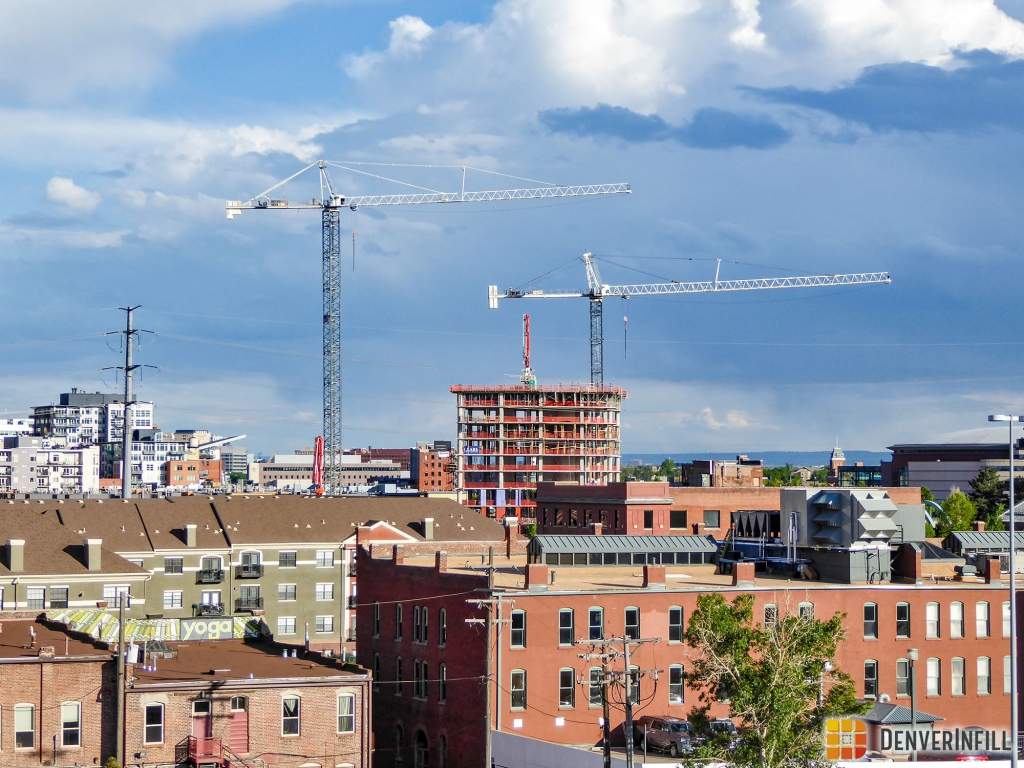 The Confluence has 23 stories to go which translates to a topping out around the end of the year. This will be an exciting one to watch!