Zeppelin Station is the 100,000 square foot office/retail project at the corner of Wazee and 35th Street in the popular RiNo district next to the finally opened 35th/36th Street Pedestrian Bridge. We stopped by in April when Zeppelin Station was at the skeletal structure stage and had a great interior tour from Chris at Zeppelin Development. For this update, we’re sticking to the exterior, but we can still see how much progress has been made by White Construction Group in the past five months.

Let’s start with the main entry at 35th and Wazee where the 20,000 square foot market hall will anchor the ground floor. In the near future, 35th Street will be rebuilt as a green street leading from the planned RiNo Platte River Pedestrian Bridge, across the new Brighton Boulevard to Wazee, where the streetscape improvements will wrap around the corner of Zeppelin Station to connect to the previously mentioned 35th/36th Street Pedestrian Bridge over the railroad tracks. In other words, this will be one hot corner. 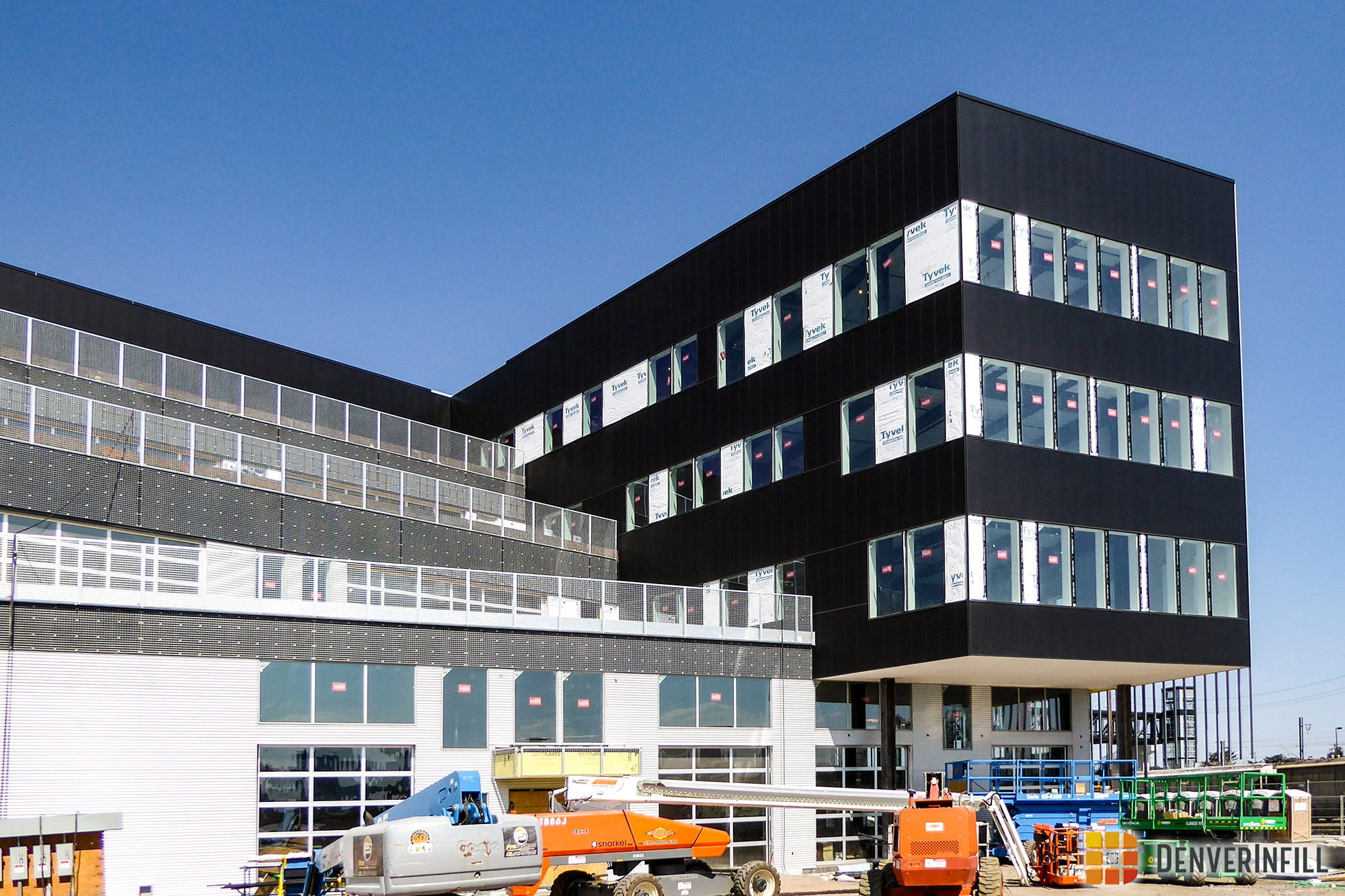 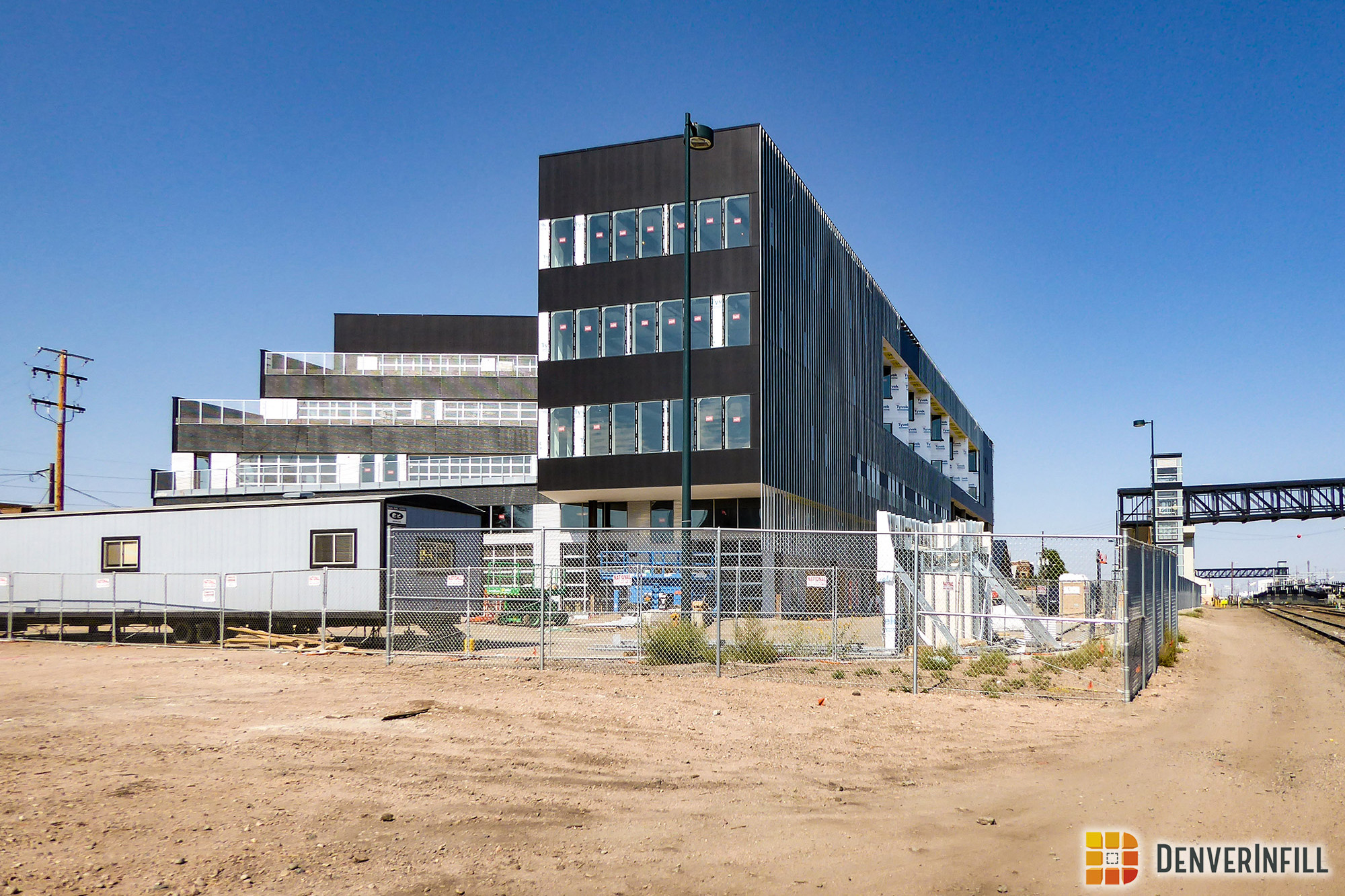 These next three views show the side facing Wazee and the railroad tracks, where not only freight trains run, but RTD’s A Line connecting Denver Union Station with Denver International Airport runs as well. The A Line’s 38th and Blake station is just a couple of blocks north. 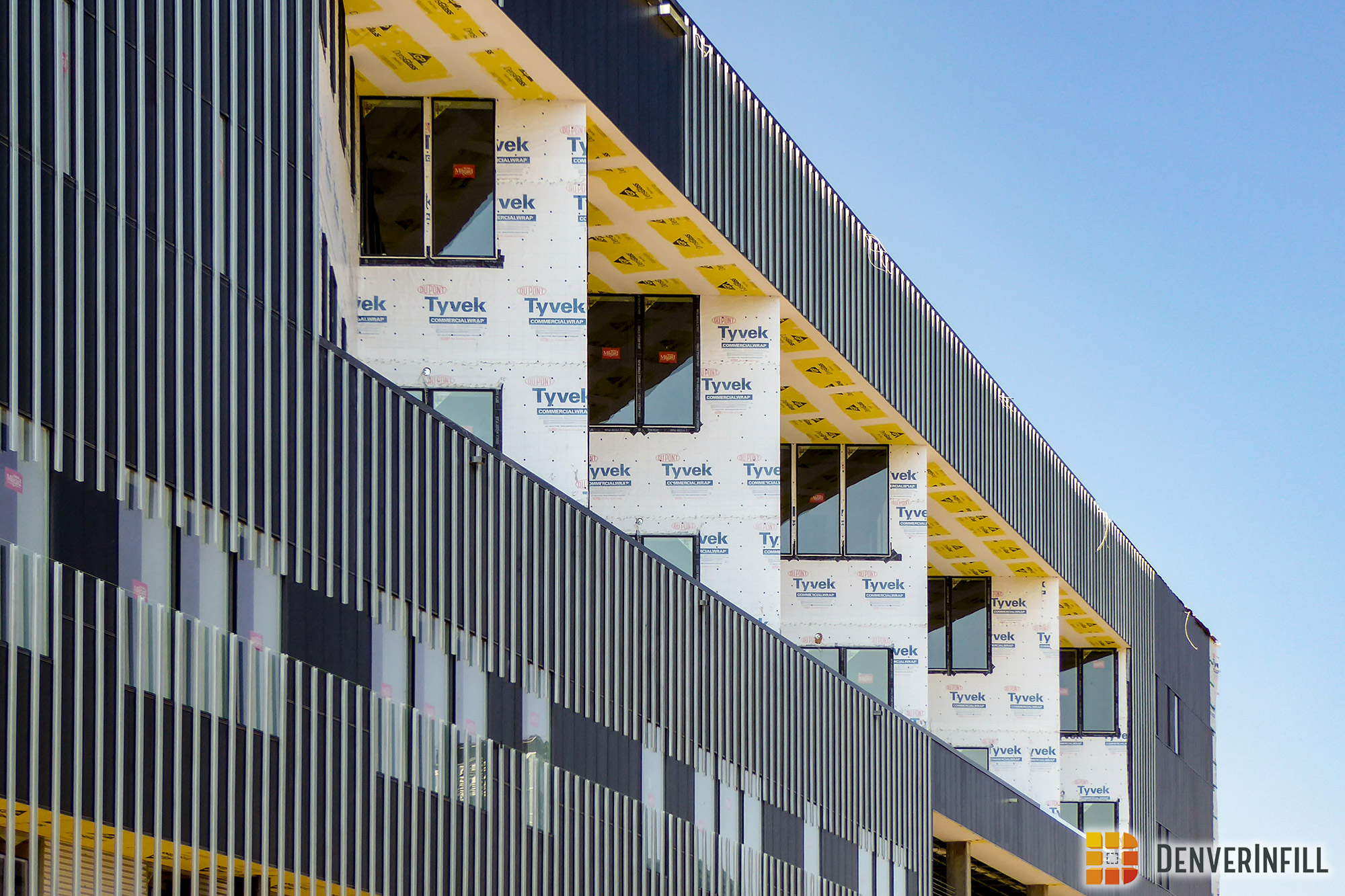 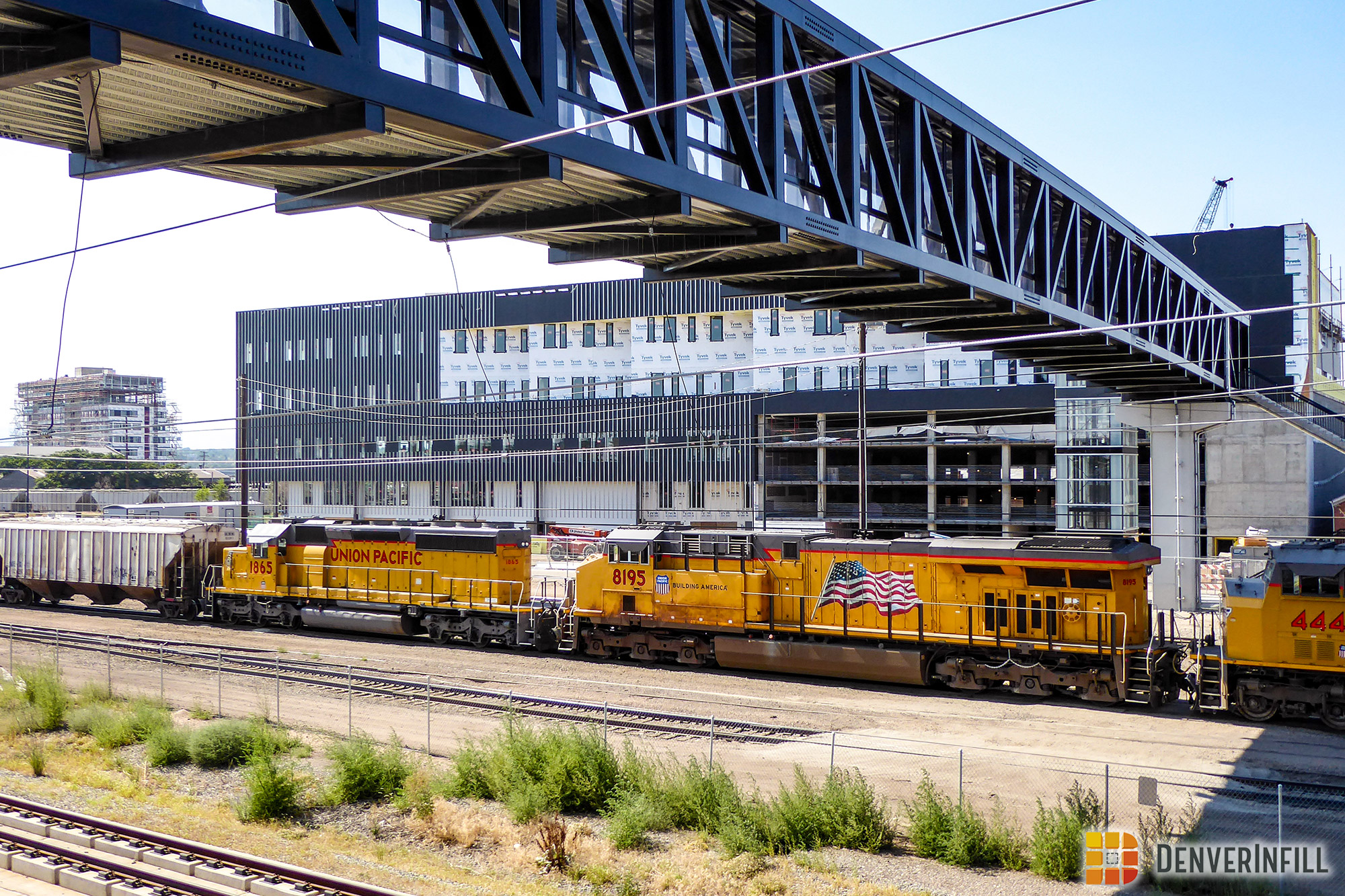 Another Zeppelin project, the Source Hotel + Market Hall, can be seen in the distance on the left edge of the last photo above.

Courtesy of Dynia Architects, the finished project should look something like this: 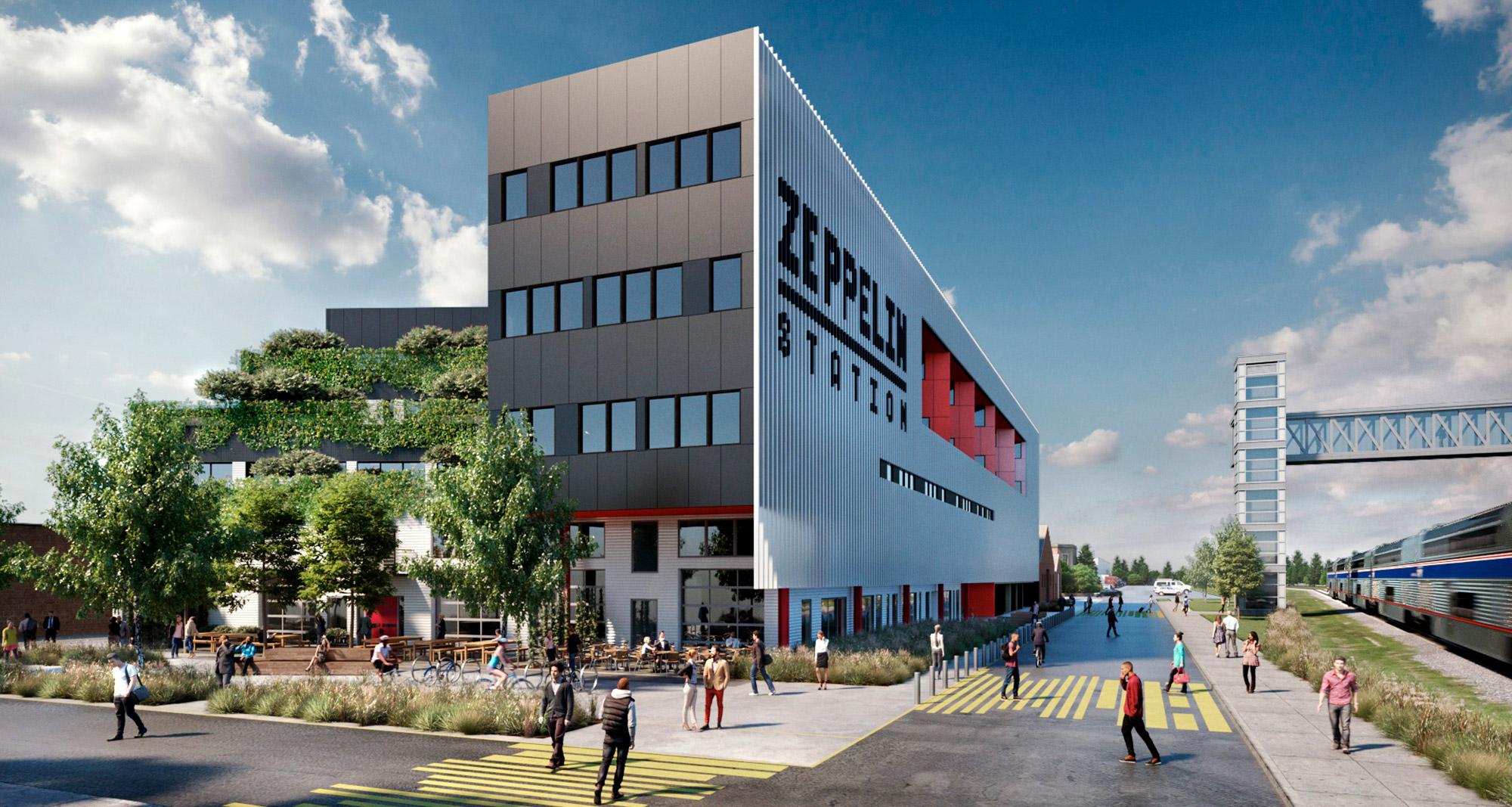 Zeppelin Station is set to open late 2017. Our next post on this project will be the final update.