Let’s swing around to the Union Station neighborhood to take a final look at 16 Chestnut. This project features a sizeable amount of office space, totaling 430,000 square feet, and takes up a prime lot right next to the iconic Millennium Bridge. This 19-story office tower is unique as it features two entrances along Chestnut, and separate elevators for both sides of the building. The most notable corner belongs to DaVita which snatched up 345,000 square feet, expanding their headquarters which resides across the street.

We extensively covered 16 Chestnut here on DenverInfill and also reported on multiple early concepts. Head on over to the link below to view all of the updates.

On to the final update beginning with the building from the Millennium Bridge. As a quick note, these photos were taken in the fall when the building was mostly complete except for the base. Nothing has changed since then and we will also feature recent photos of the base. 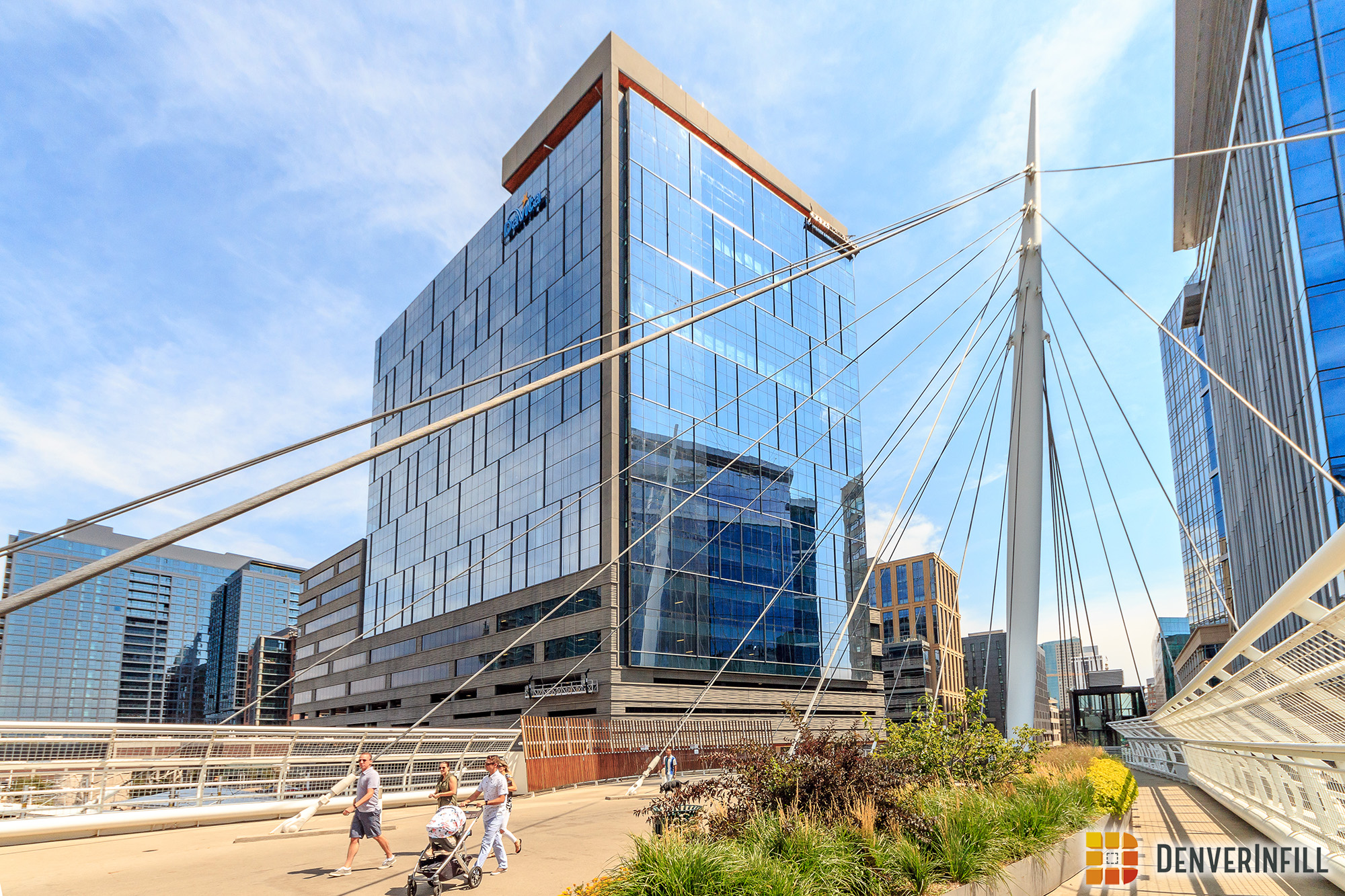 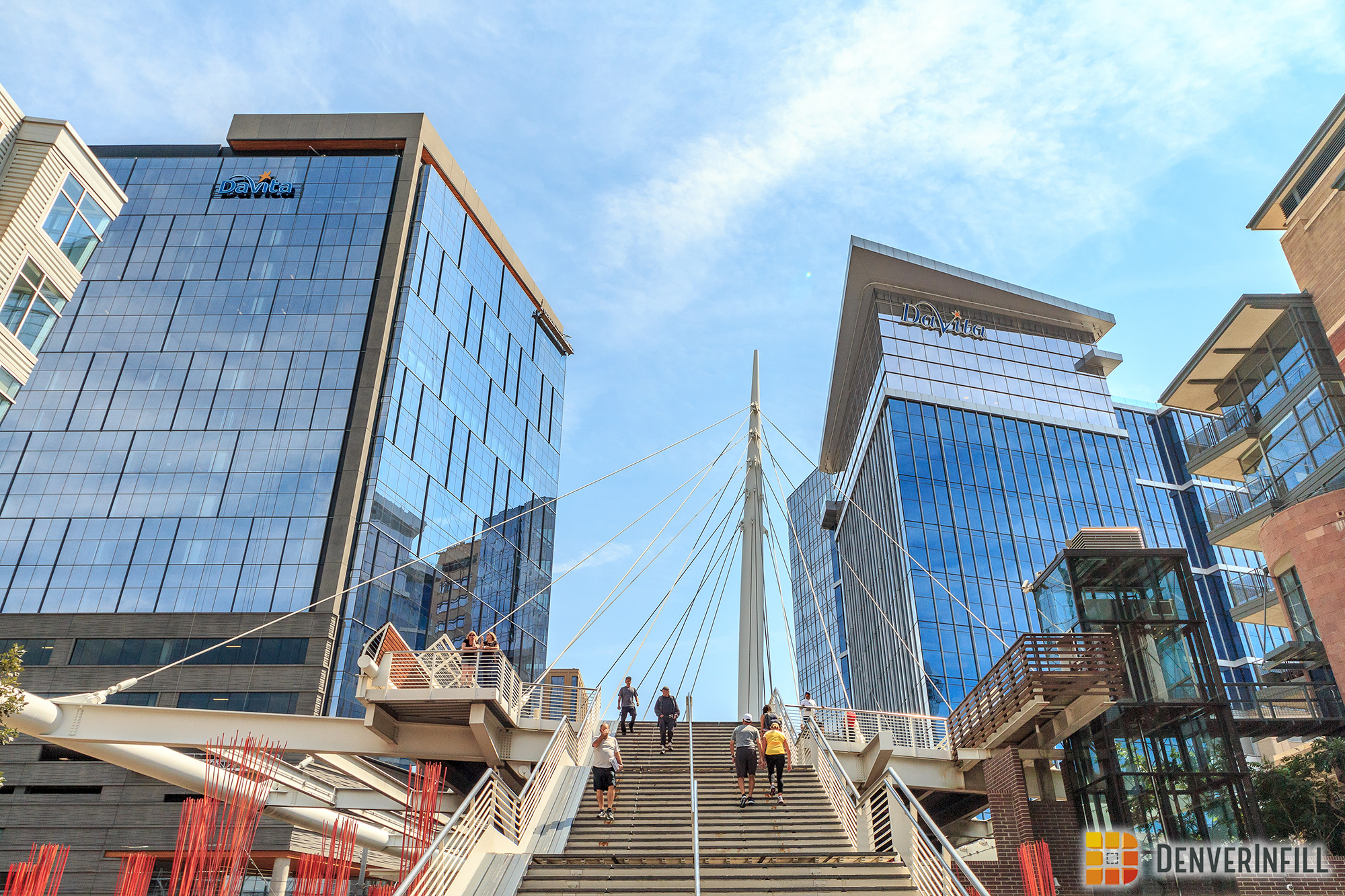 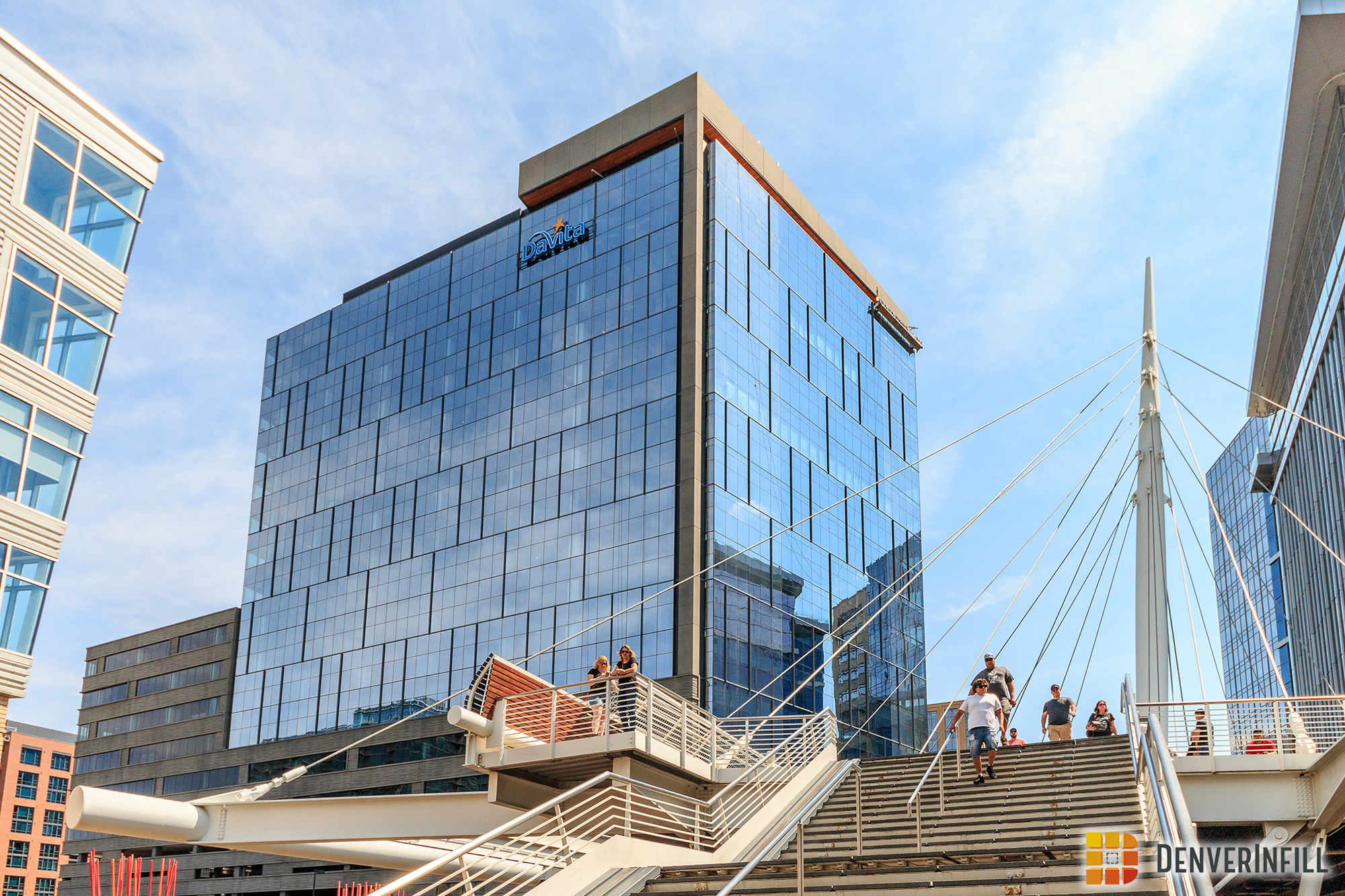 16 Chestnut adds to the skyline when viewed from Commons Park and satisfies the symmetry of buildings around the Millennium Bridge. Even though it is only 31-feet taller than its neighbor across the bridge, it is significantly more exposed giving it a larger presence. 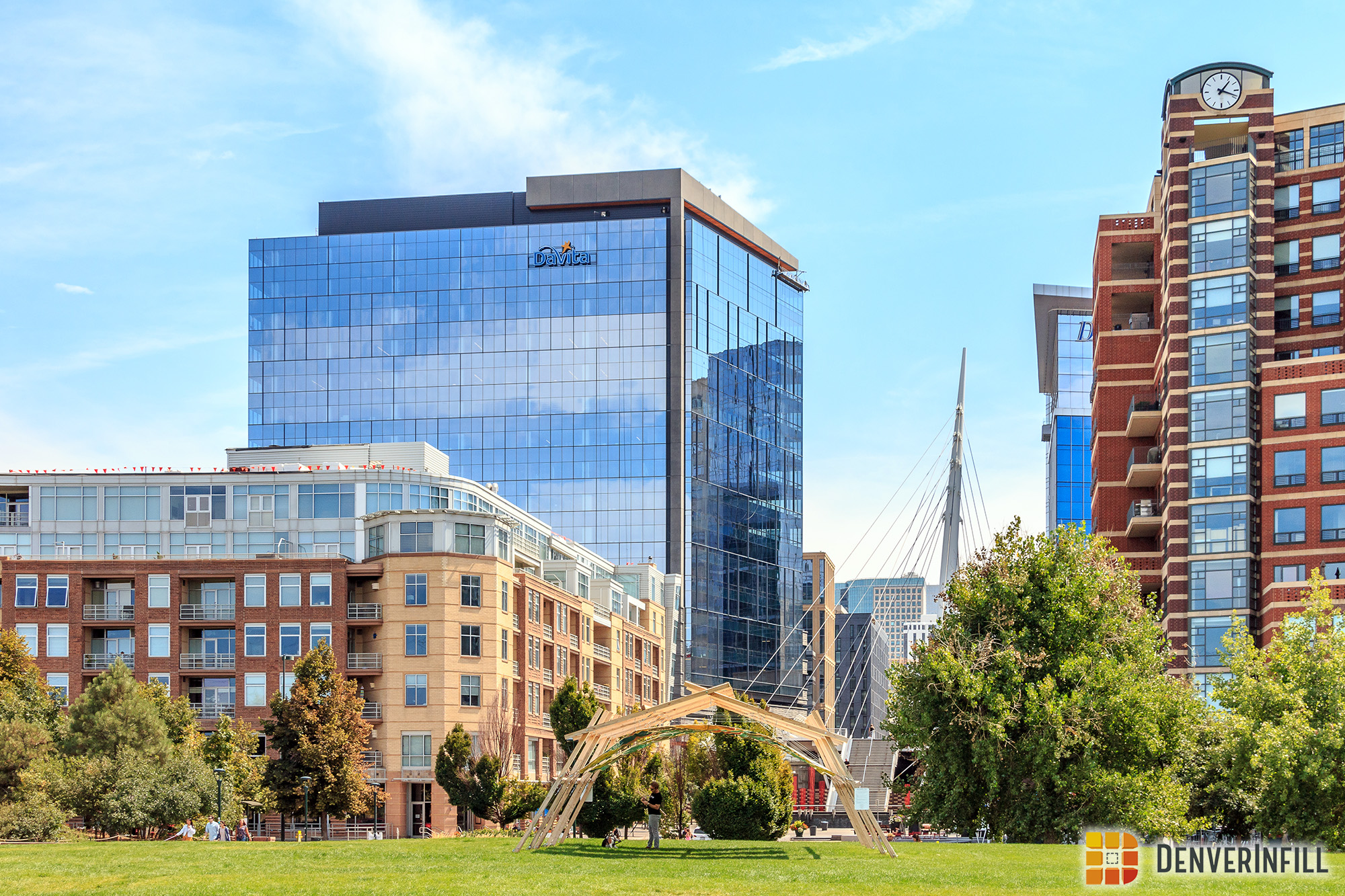 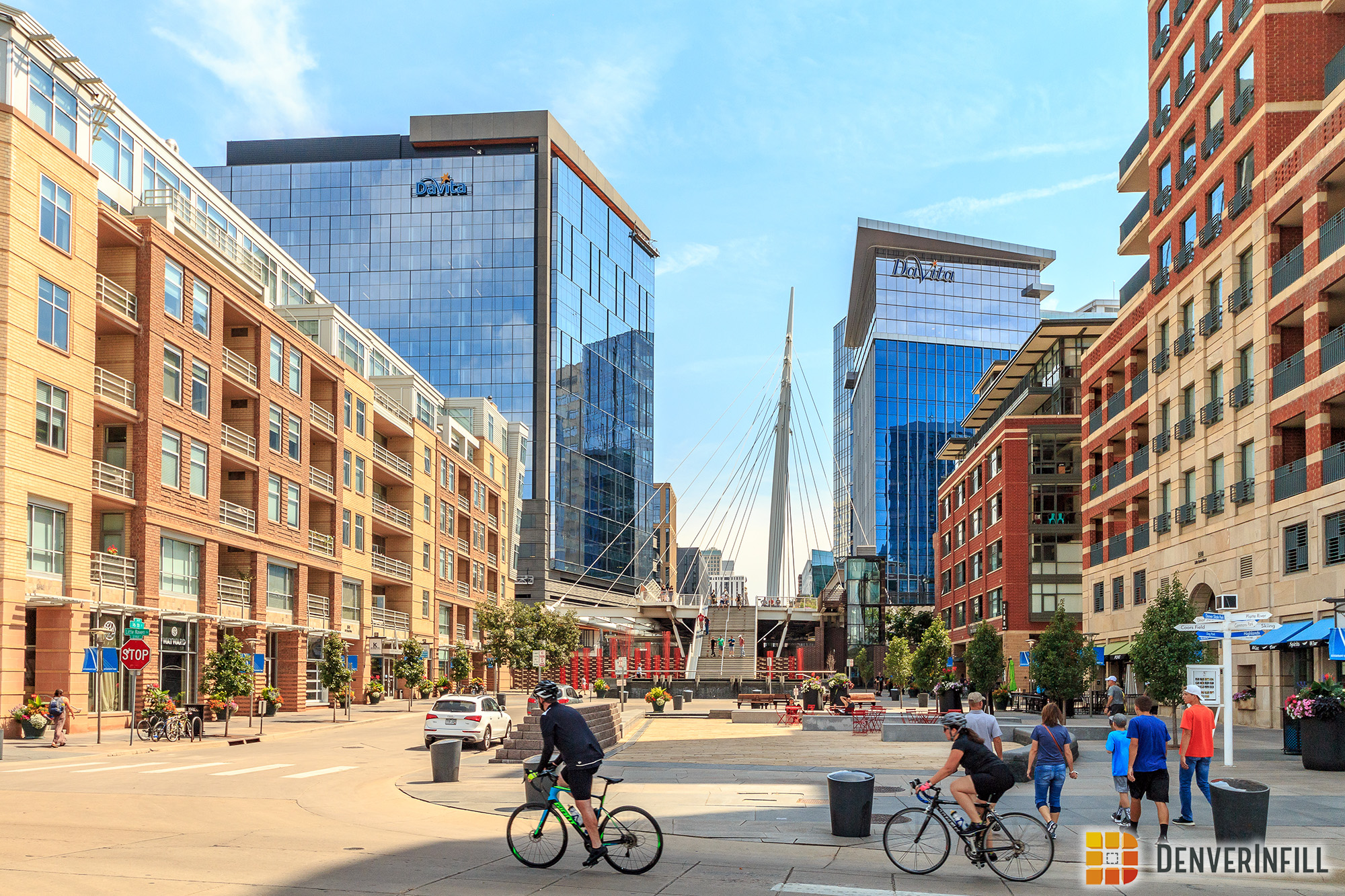 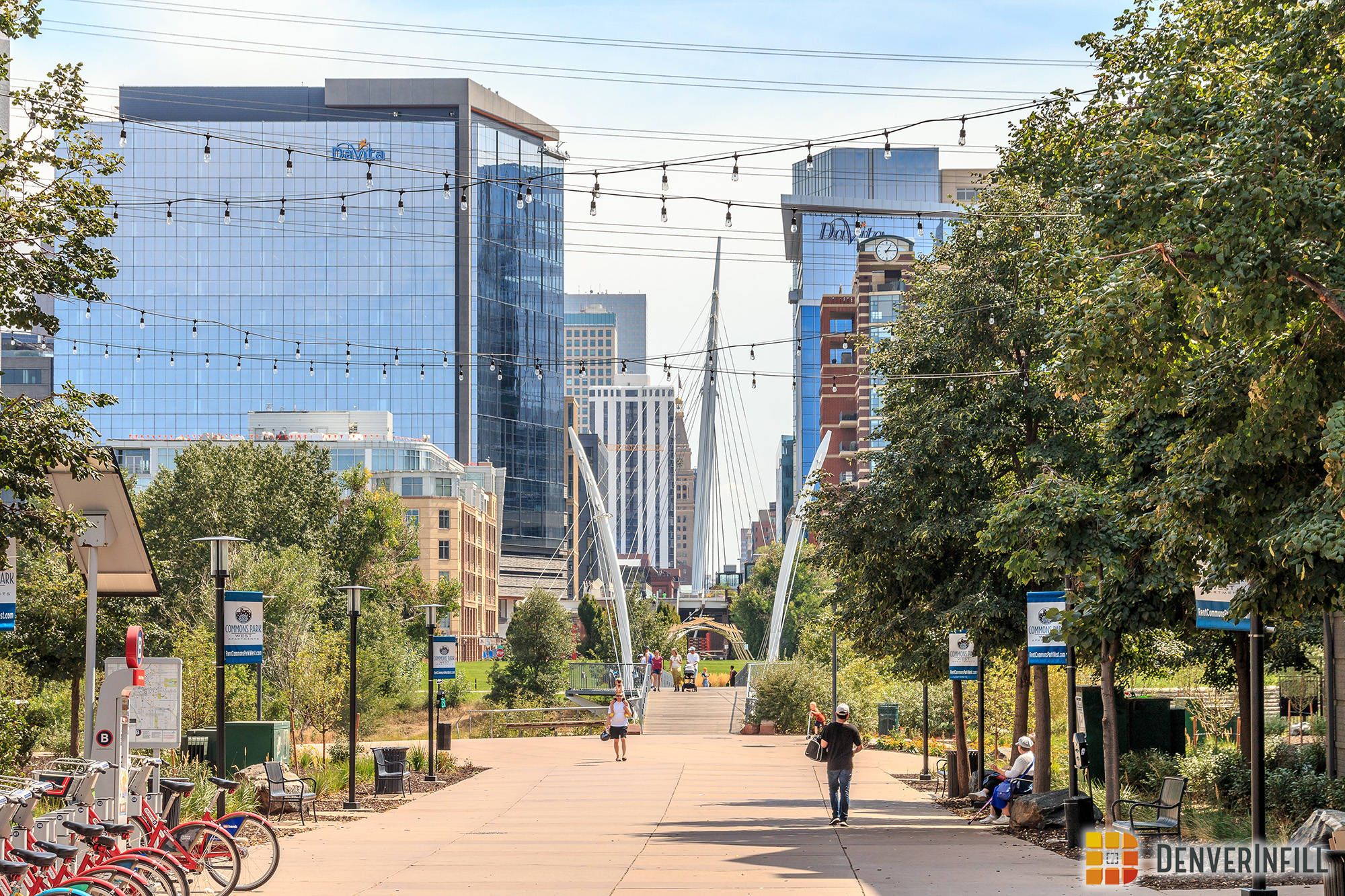 The glass wall turns to concrete and glass as you swing around to the north side of the building facing Light Rail Plaza and the 17th Street Gardens. This side has a significant height reduction, down to 11-stories, and features the second lobby. This lobby is separate from DaVita and is intended for the non-DaVita tenants in the building. The top of the 11-story portion also contains a rooftop deck. 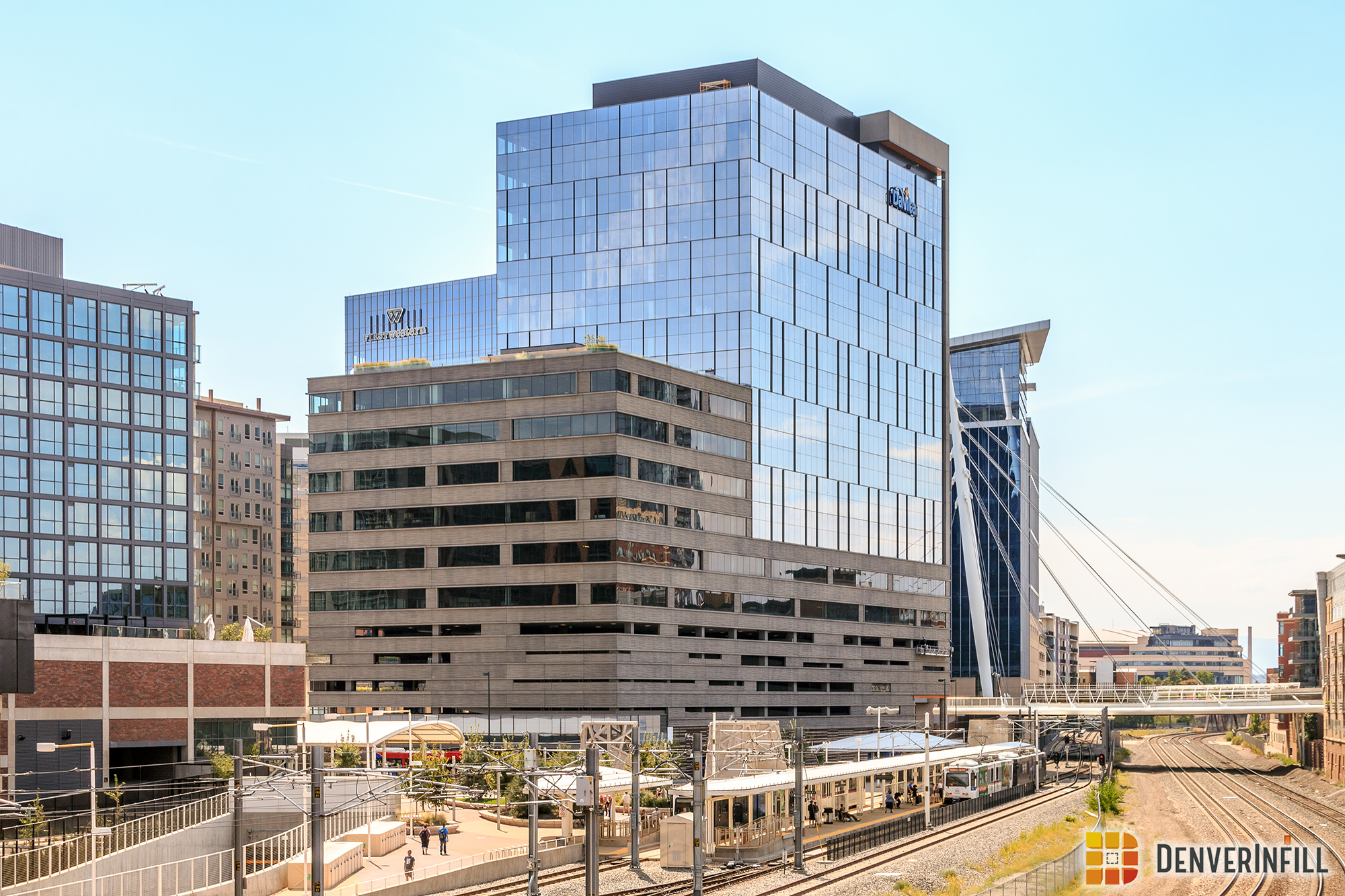 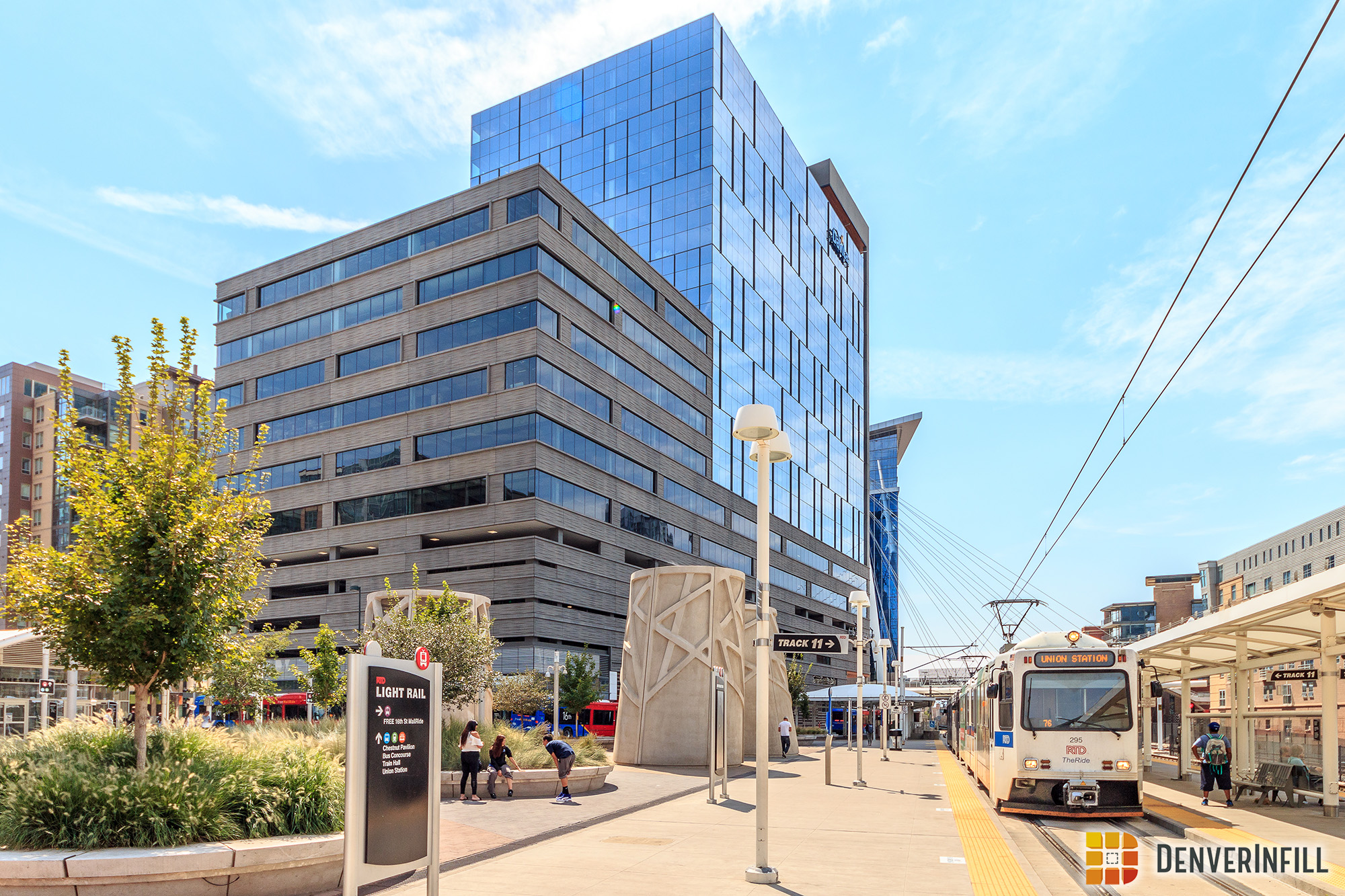 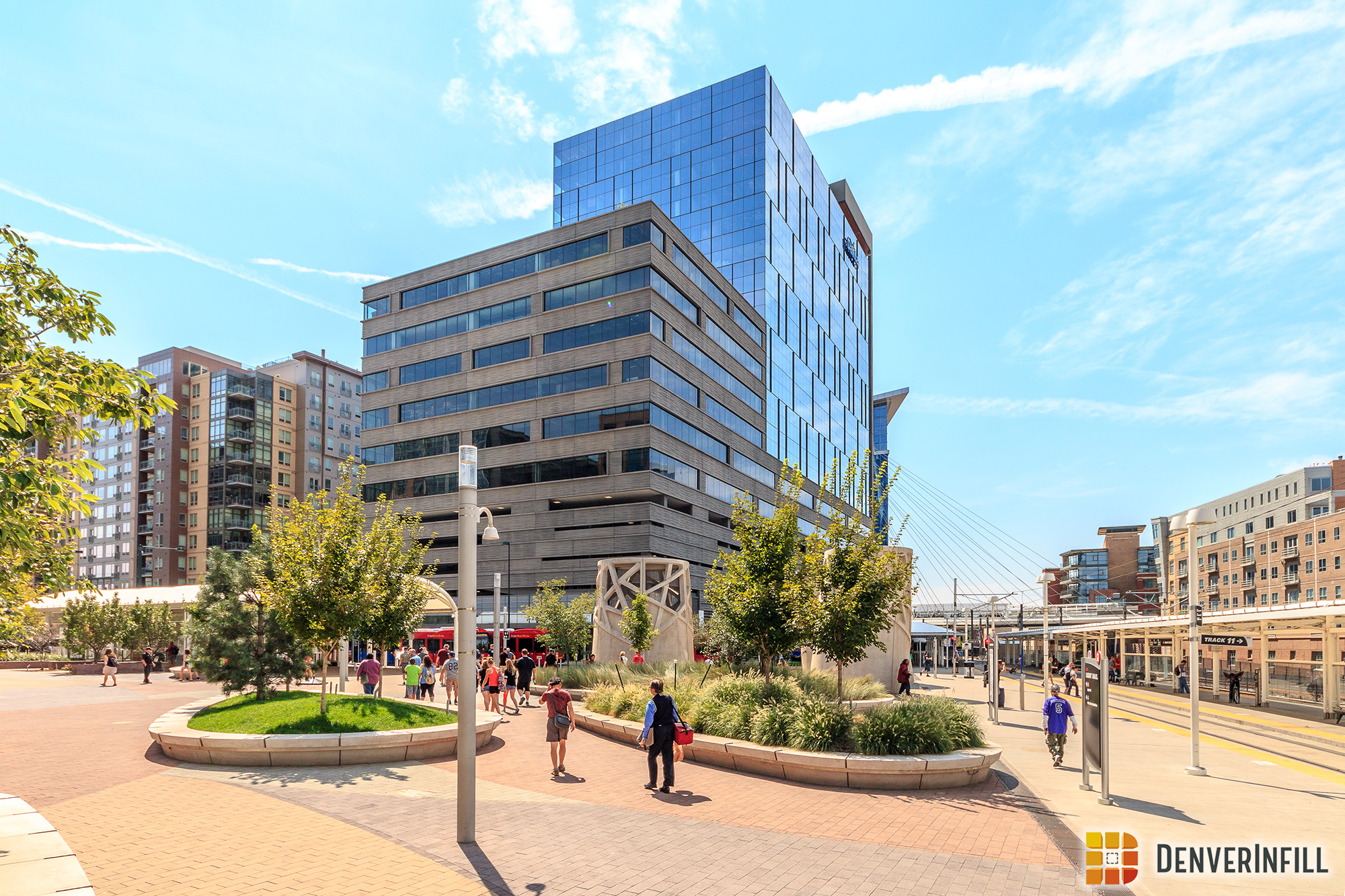 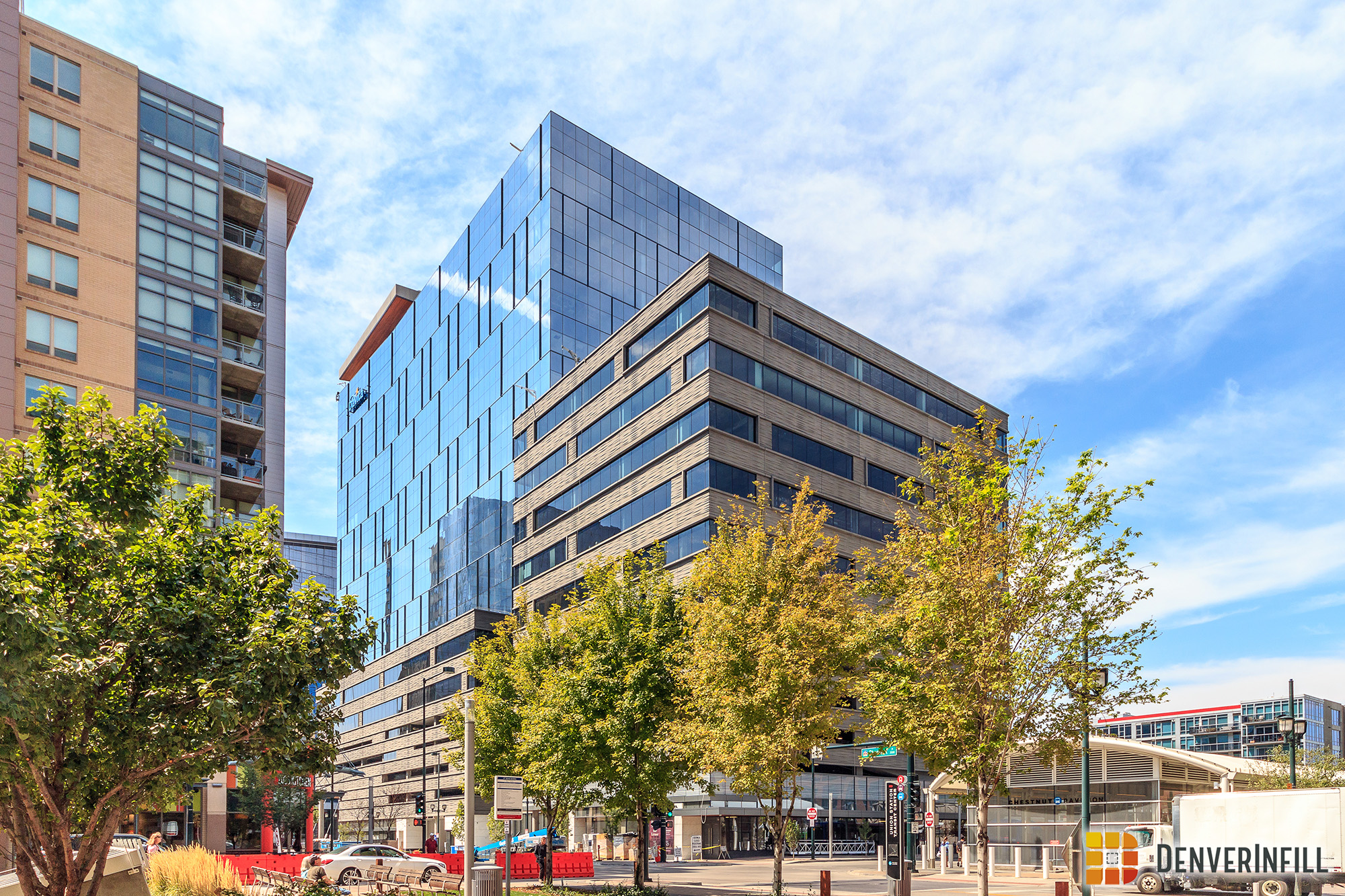 Now let’s head down to the base where there is still some construction activity taking place for various things. Tenant finish is still underway along with a new art installation; the building is now open with both the lobby finishes complete. 16 Chestnut will feature ground floor retail, which is currently up for lease, on the corner of 17th and Chestnut Street. In regards to the art installation, David Zimmer is the creator of this piece. 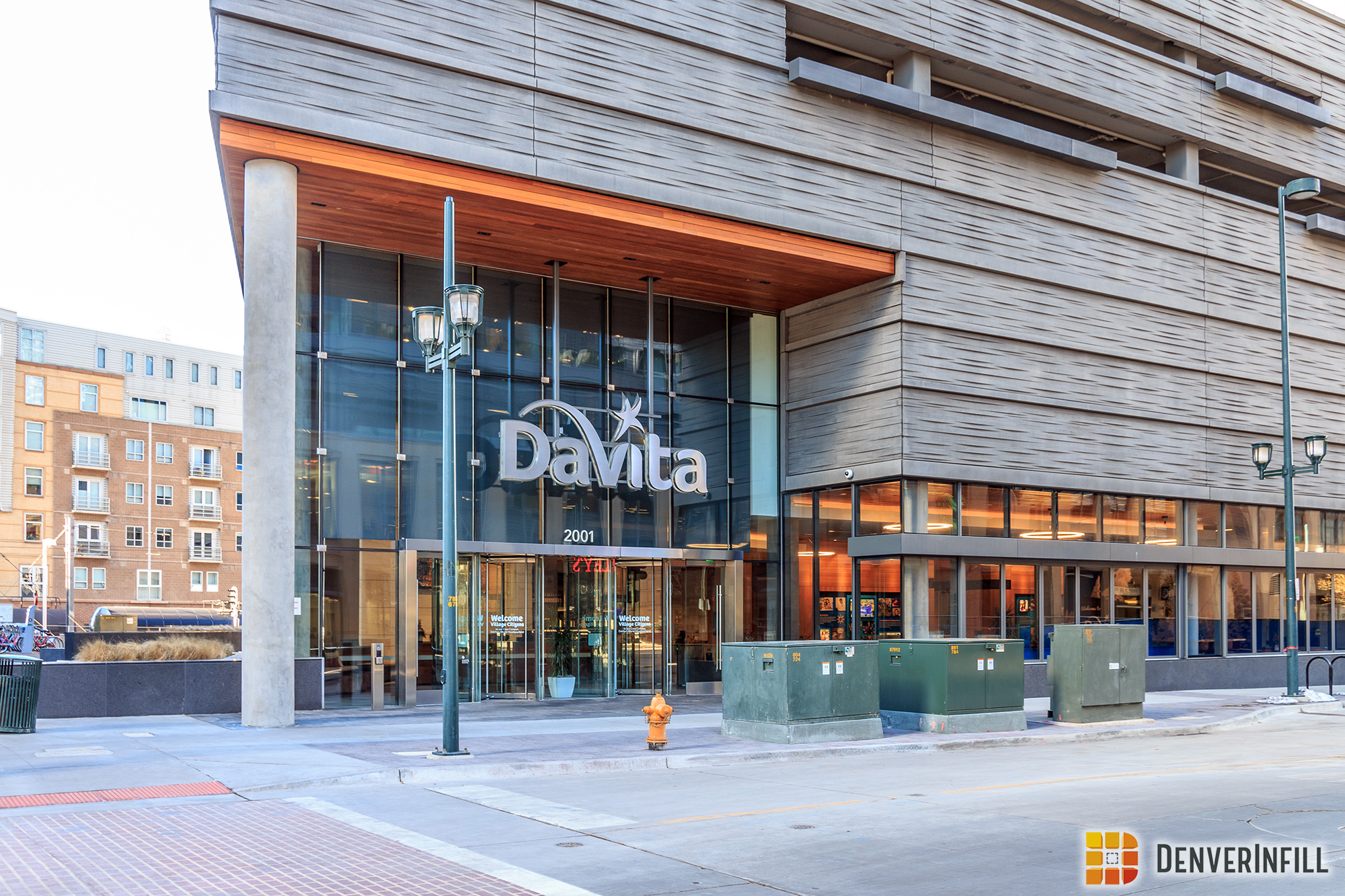 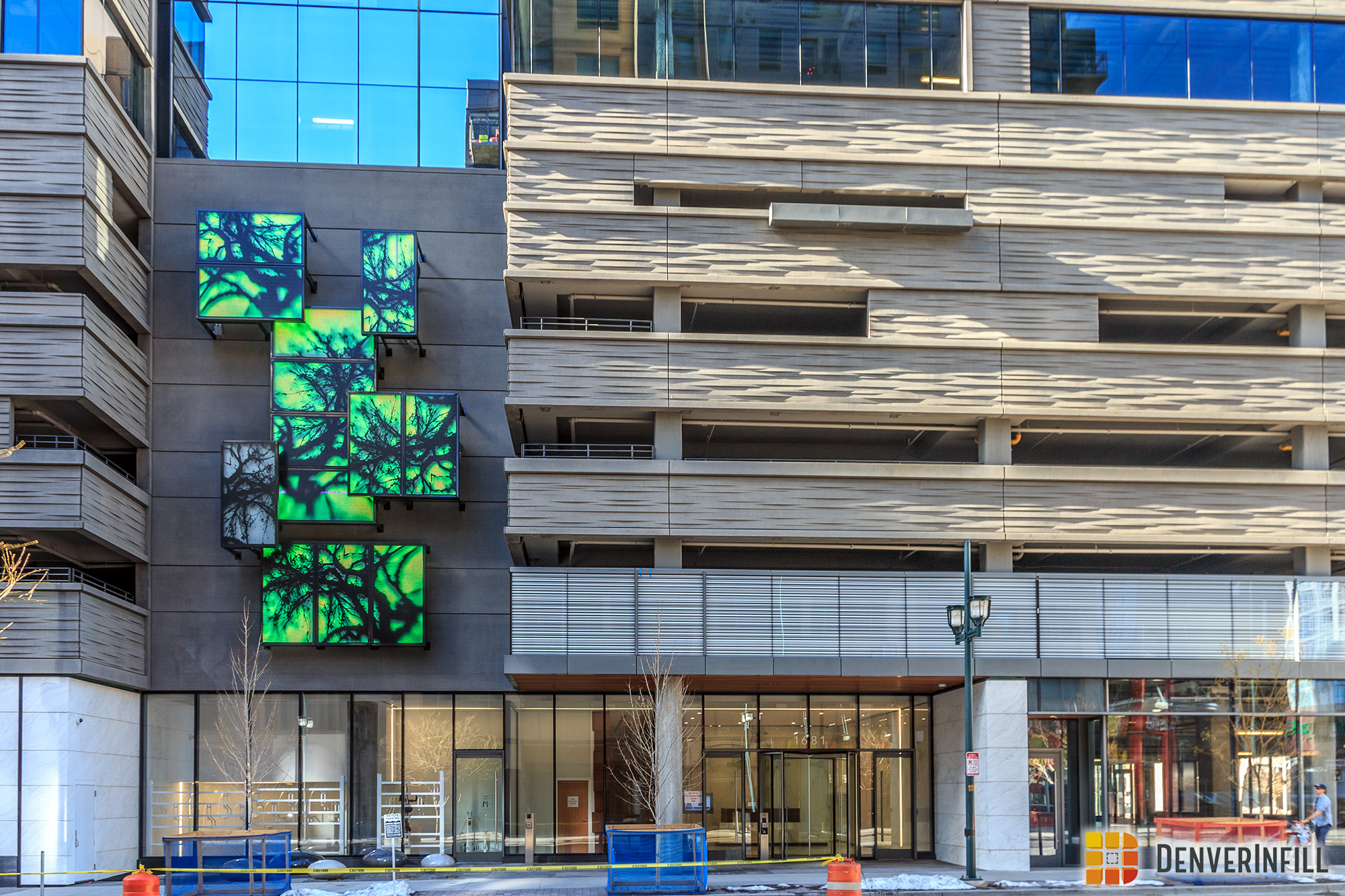 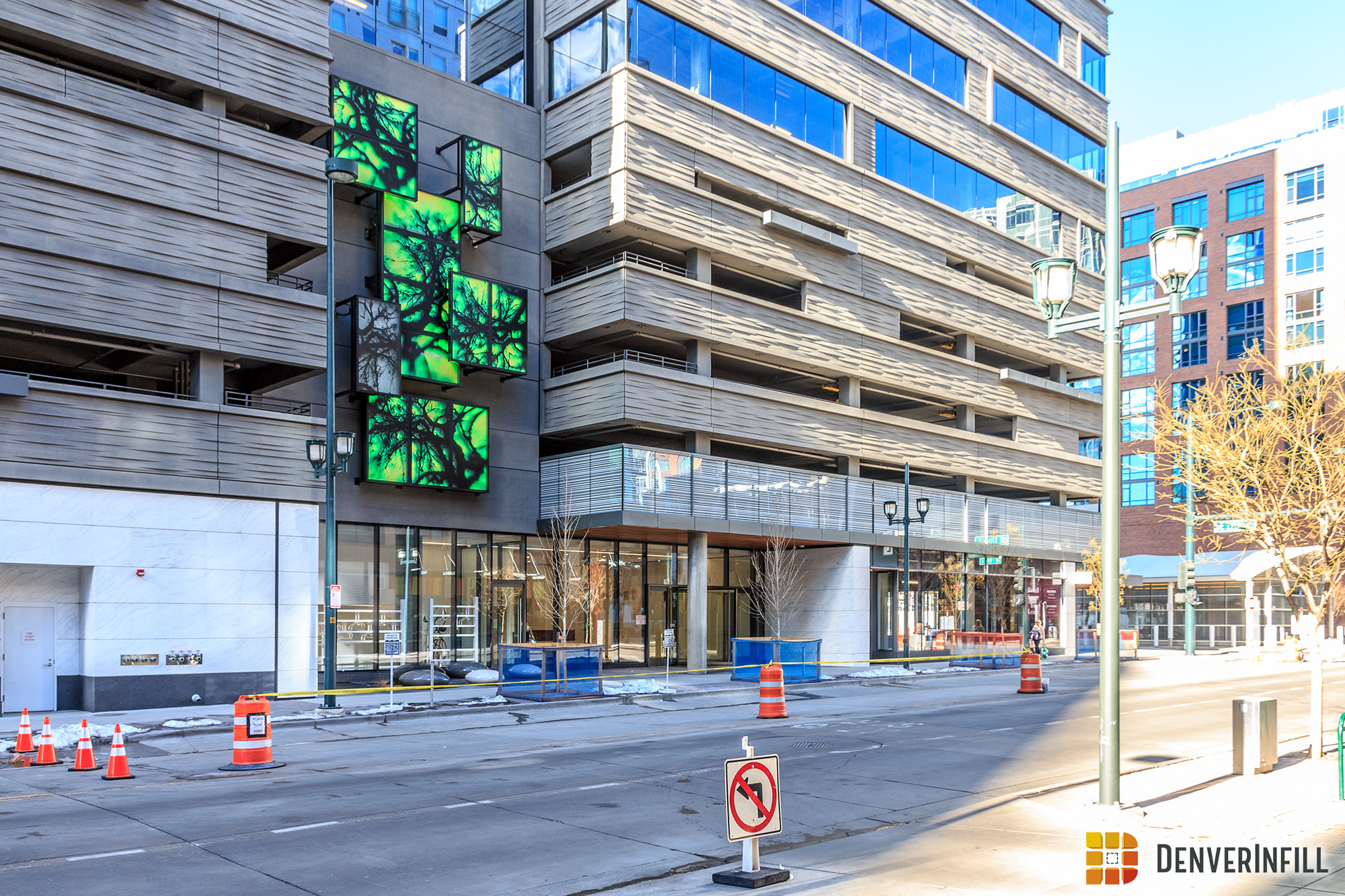 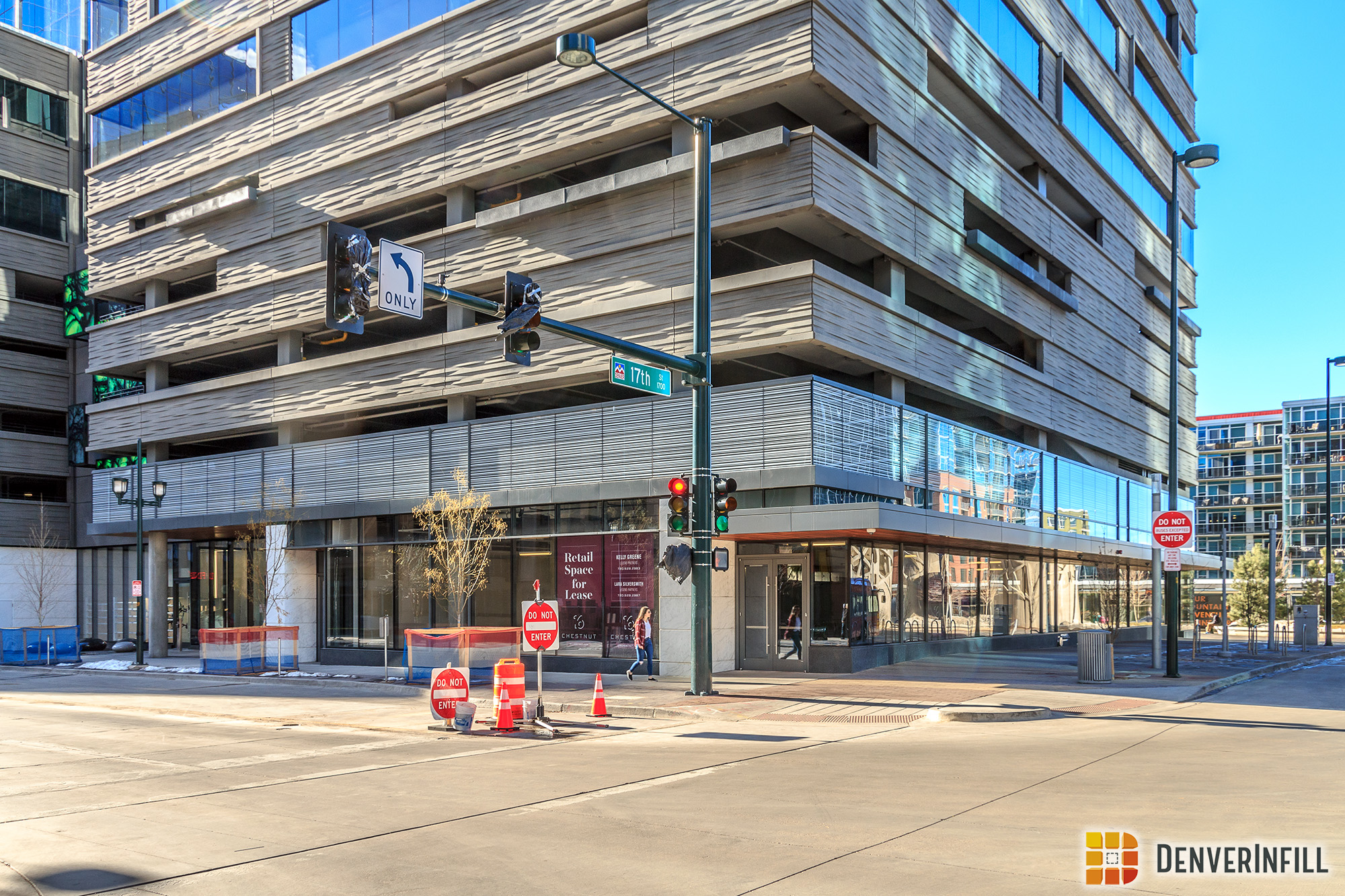 Wrapping up, here are a few more photos of the project at dusk. The most notable feature at night is the color changing LED lighting on the south side roof. In addition, strips of multicolored lights line the base where RTD’s Free Mall Shuttle stops. 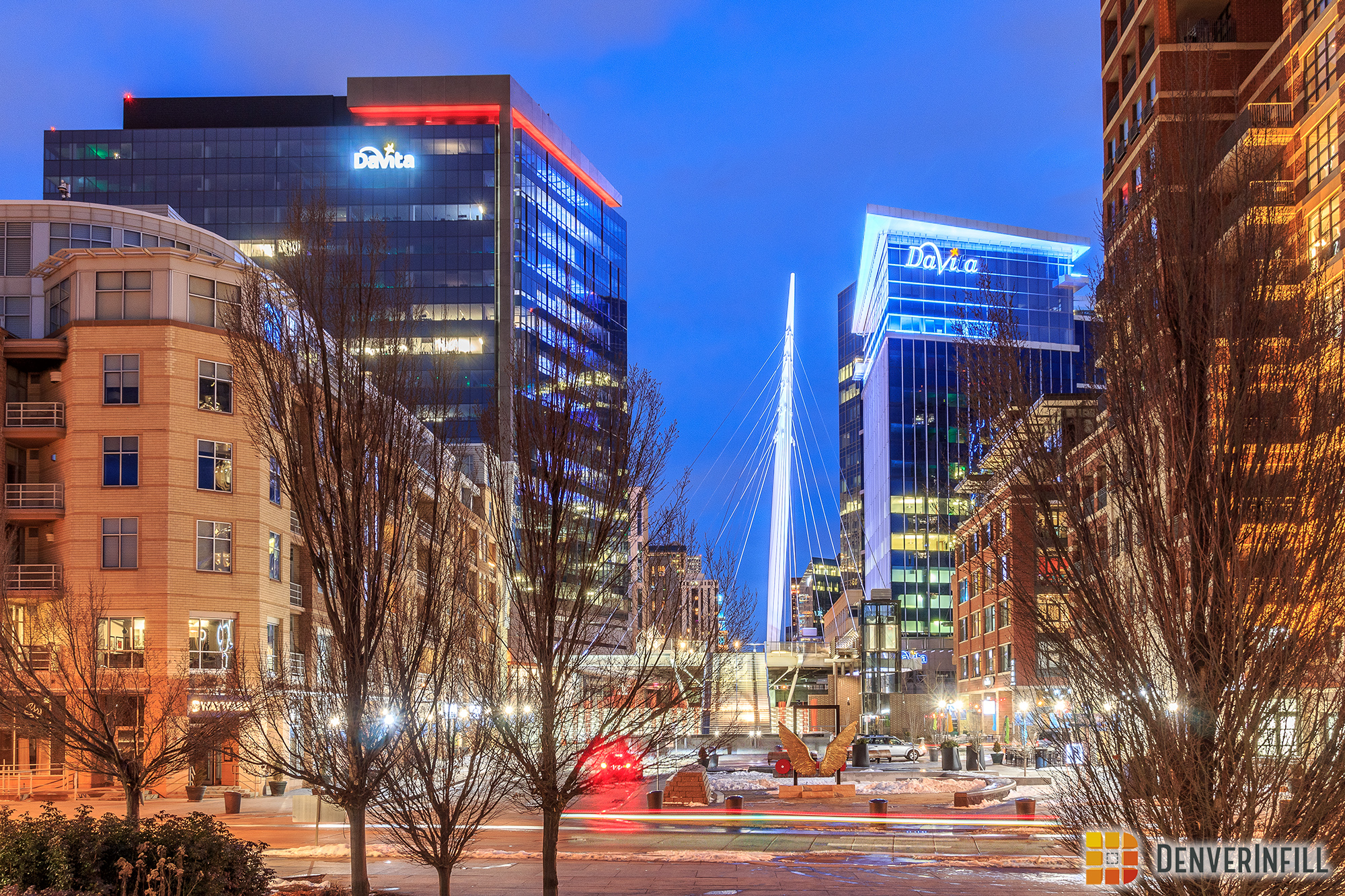 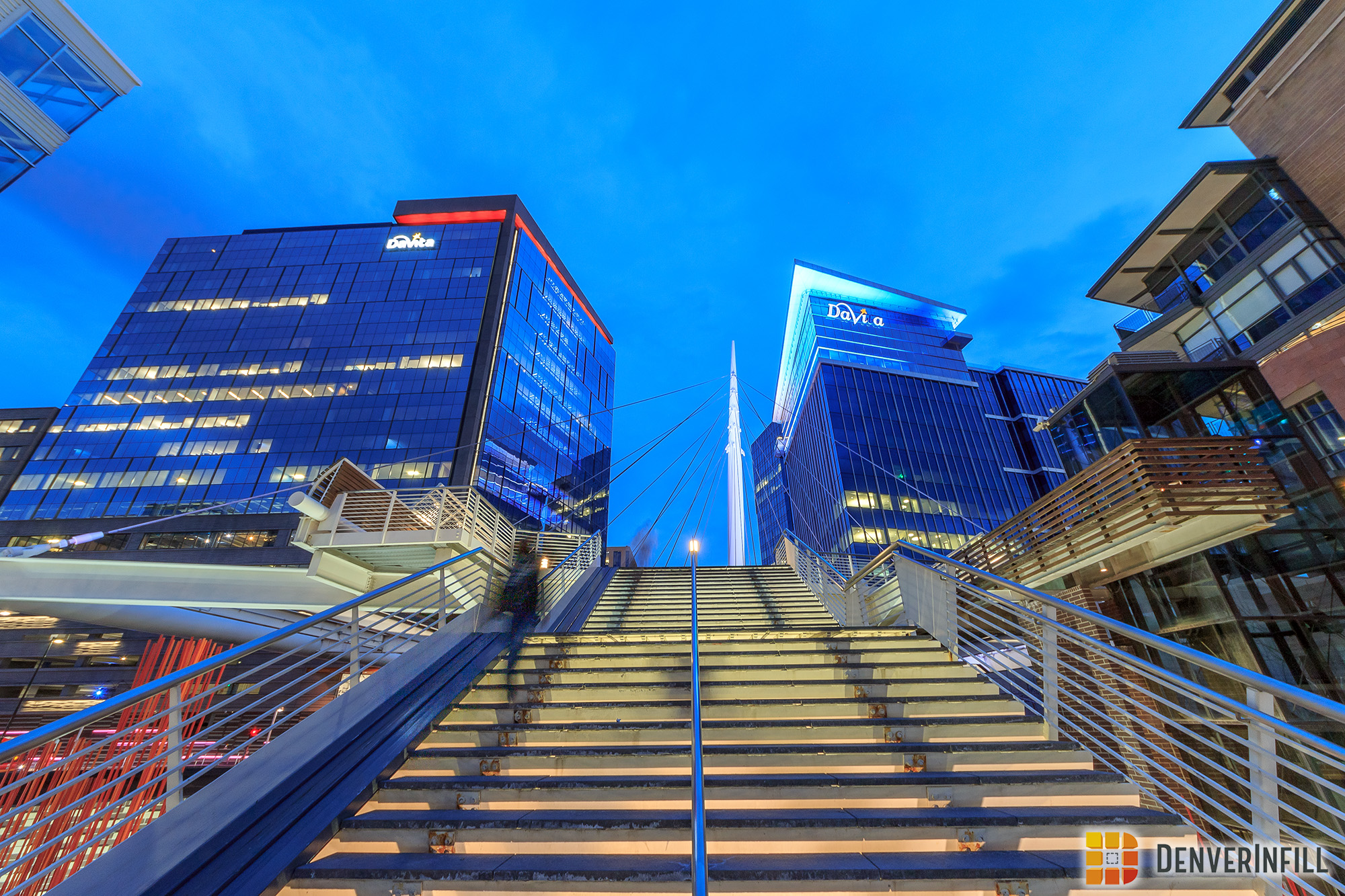 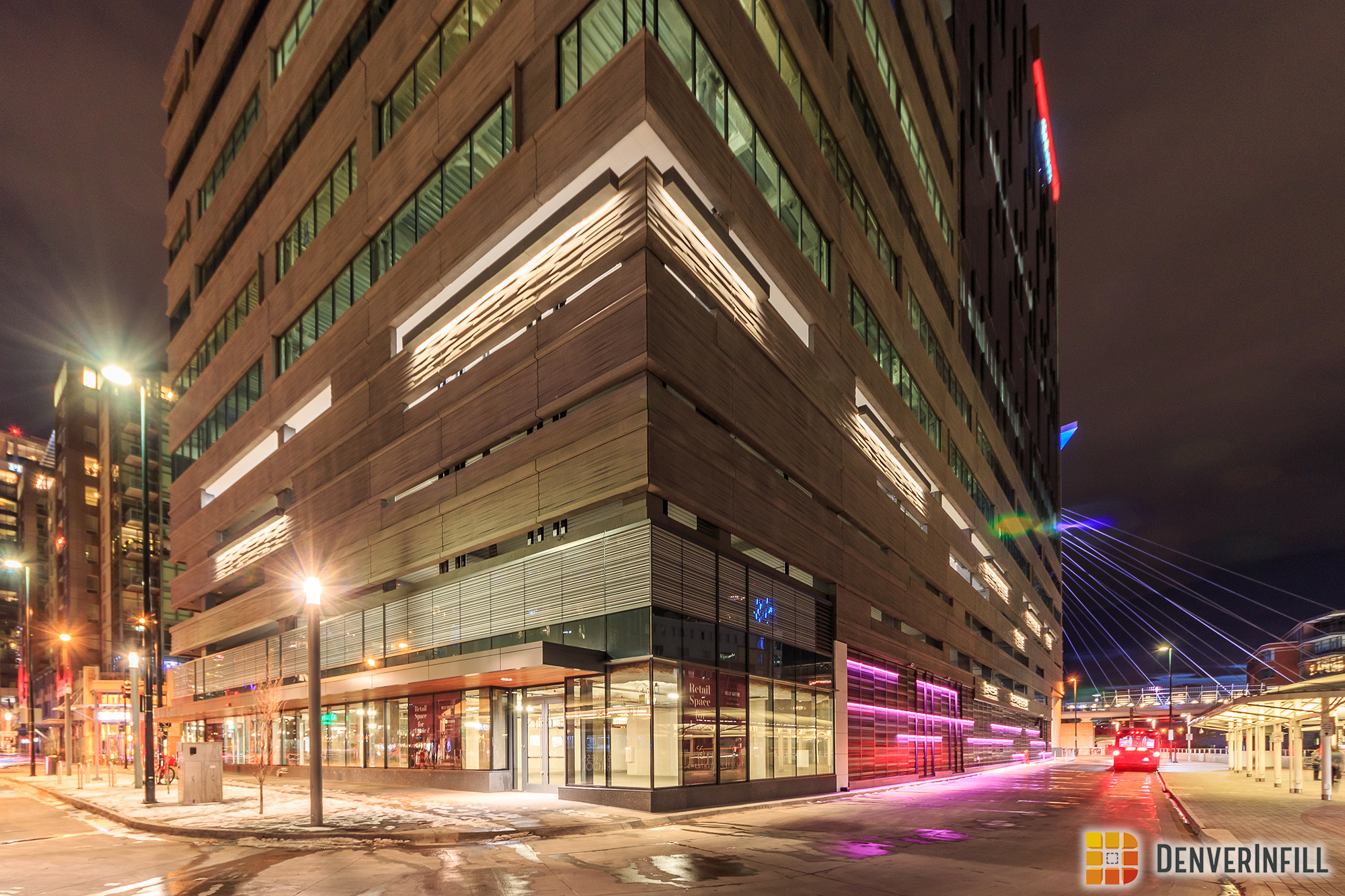 In addition to the photos above, below are three more of the base at dusk including the vibrant art installation. 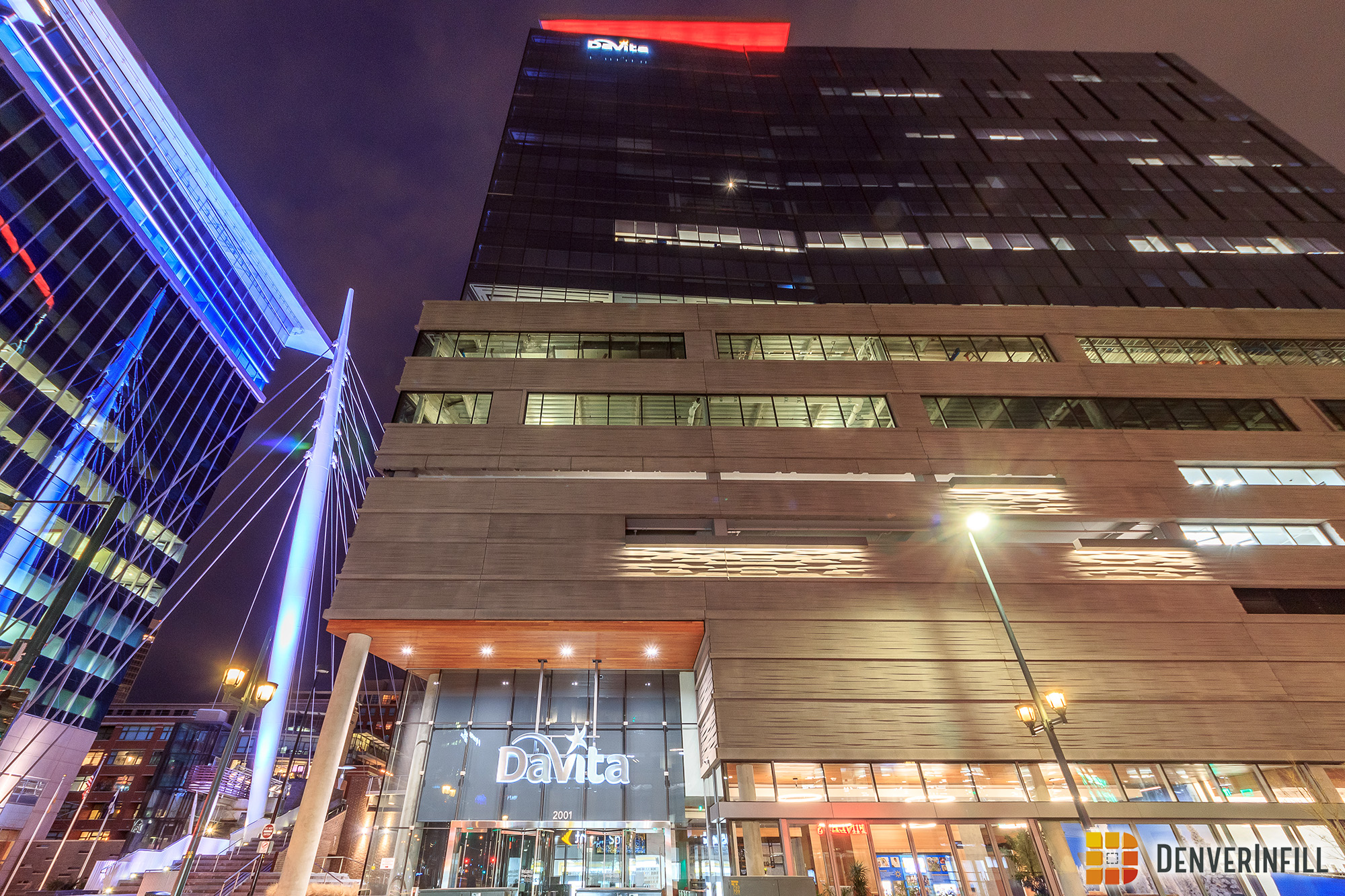 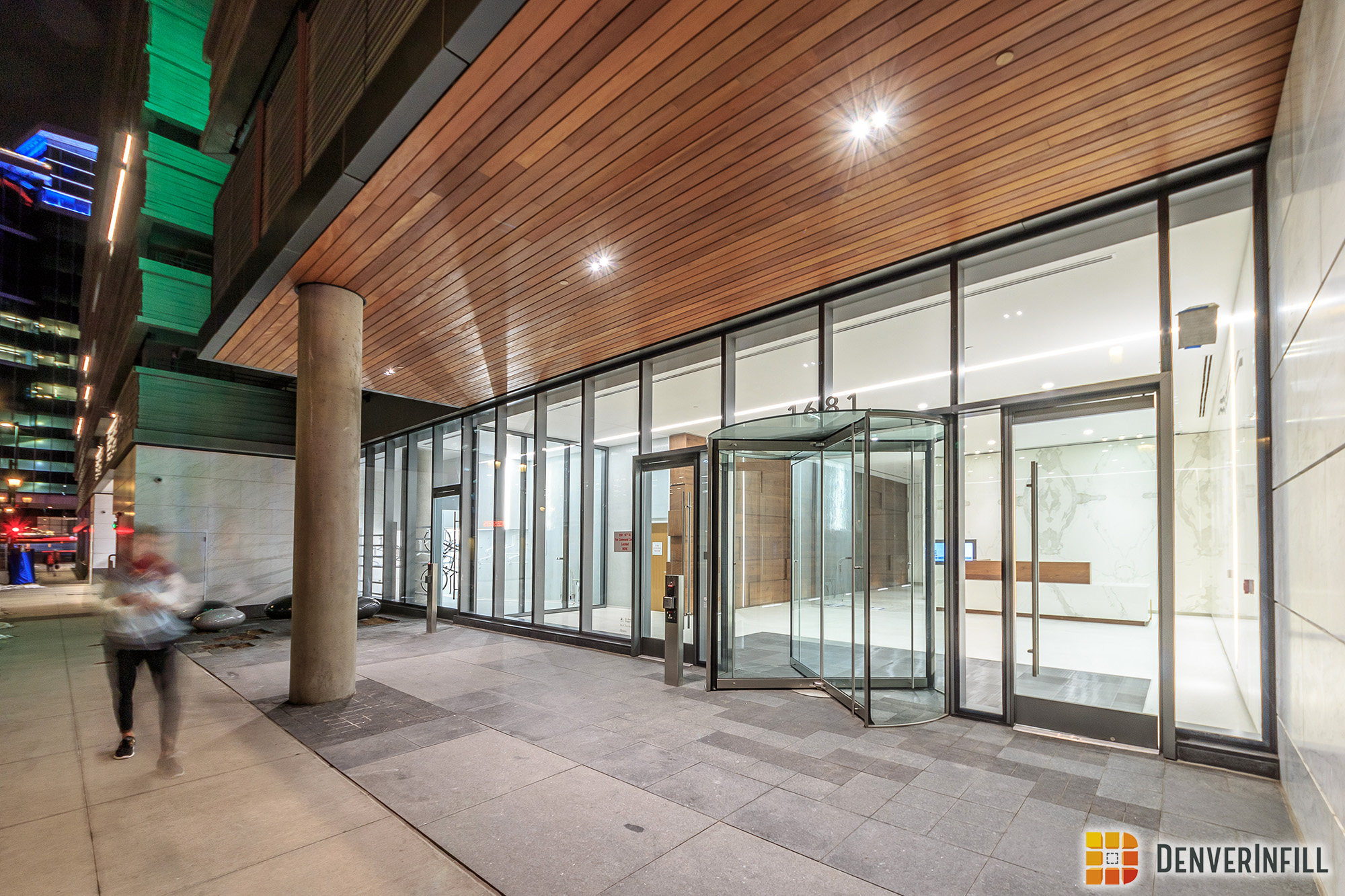 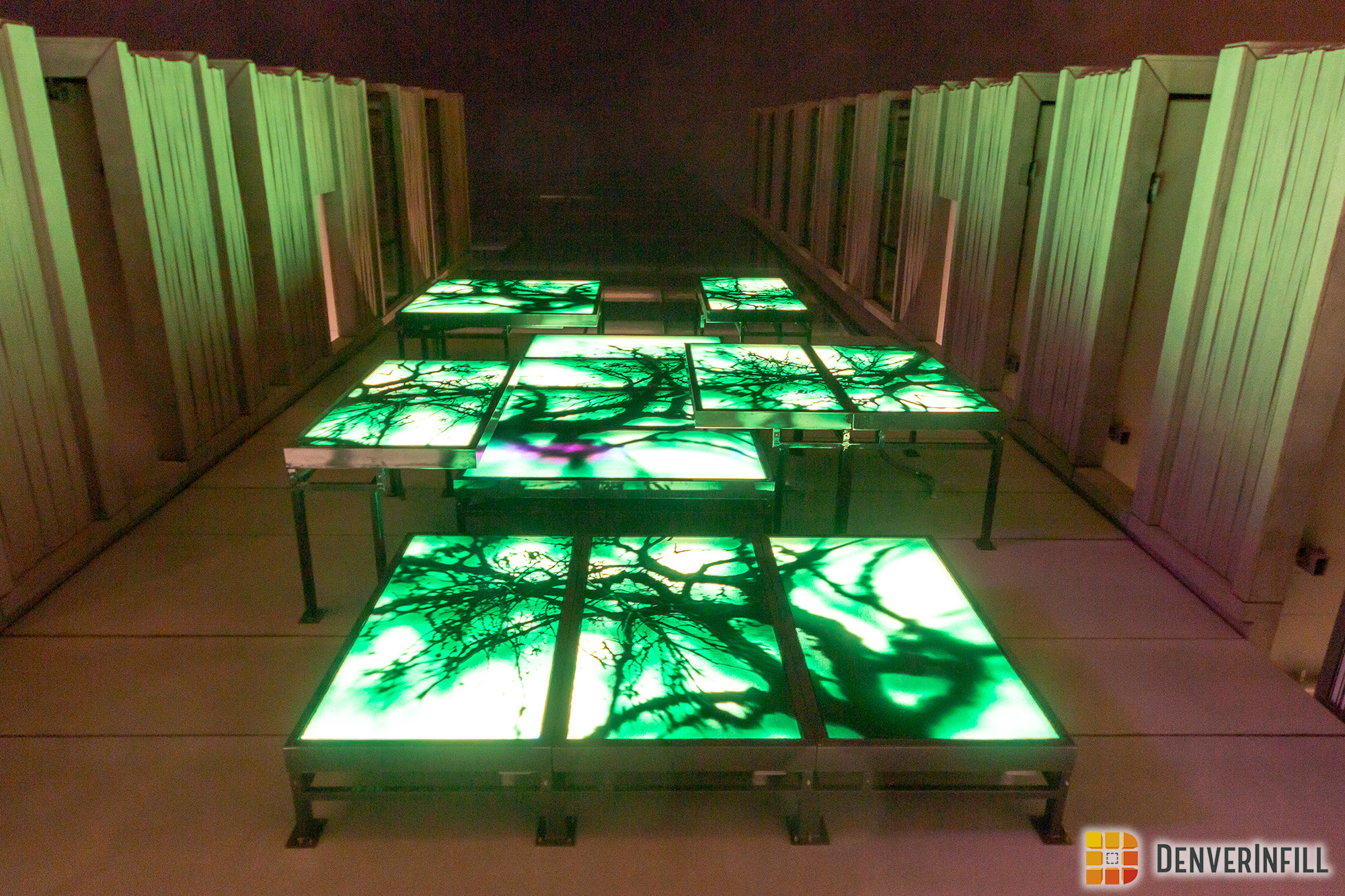