A new dual-brand hotel tower is proposed for the corner of 13th and Glenarm in Upper Downtown Denver.

In late January 2019, Hawkeye Hotels, a national hotel manager and developer headquartered out of Iowa, purchased the 0.50-acre parcel at the eastern corner of 13th Street and Glenarm Place with plans to develop it as a dual-branded Fairfield Inn and TownePlace Suites, both part of the Marriott International portfolio of hotel brands.

The development site is outlined on the Google Earth aerial image below: 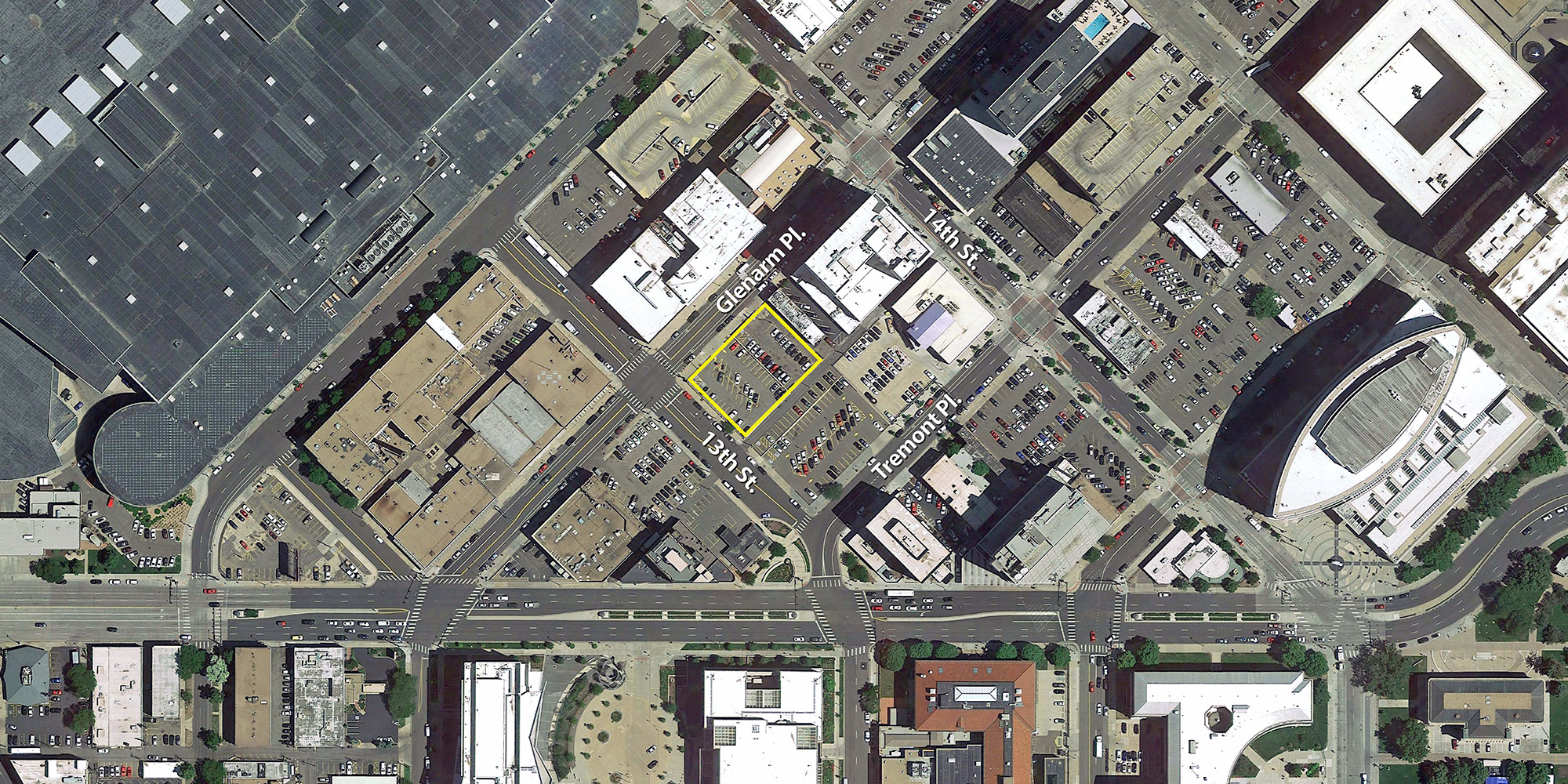 According to Hawkeye Hotels, the proposed hotel structure will rise 12 stories and have 187 rooms for Fairfield Inn and 132 room for TownePlace Suites, for a total of 319 rooms. A Project Concept Review Plan, the first step in the development approval process, was filed with the city and is currently under review.

The site is currently a surface parking lot, one of many in this underutilized part of Downtown Denver. However, due to the success of the Colorado Convention Center, several new hotels have been built recently nearby, including the 21-story Hyatt Place/Hyatt House completed two years ago on the same block. That tower’s blank wall facing its side property line, as seen in the image below, will be mostly hidden from view by Hawkeye’s proposed Fairfield Inn/TownePlace Suites development. Below are a couple of photos of the project site.

1.) From mid-block on Glenarm Place looking south toward Tremont Place; 2.) From 13th and Glenarm looking northeast toward 14th Street. 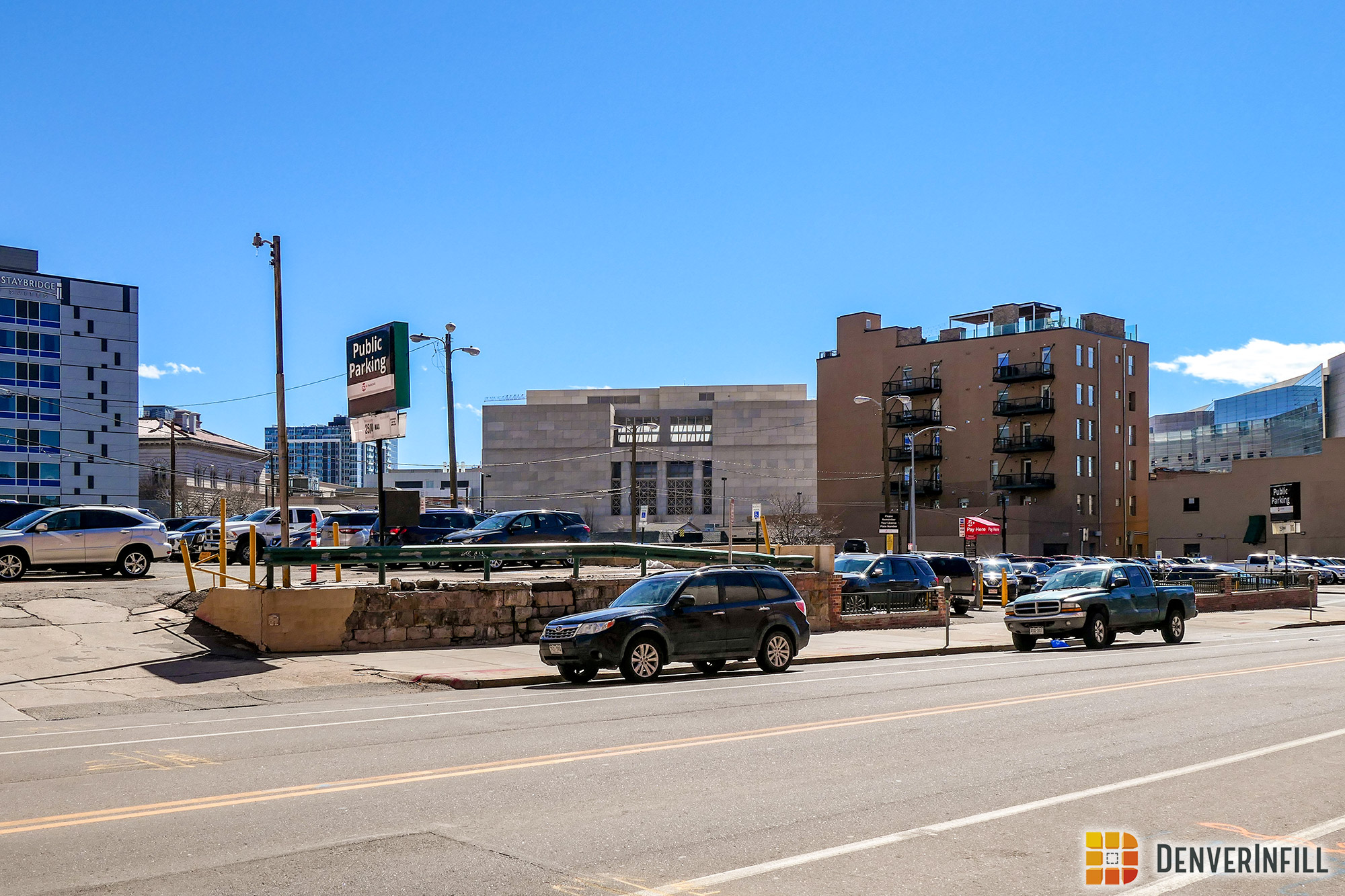 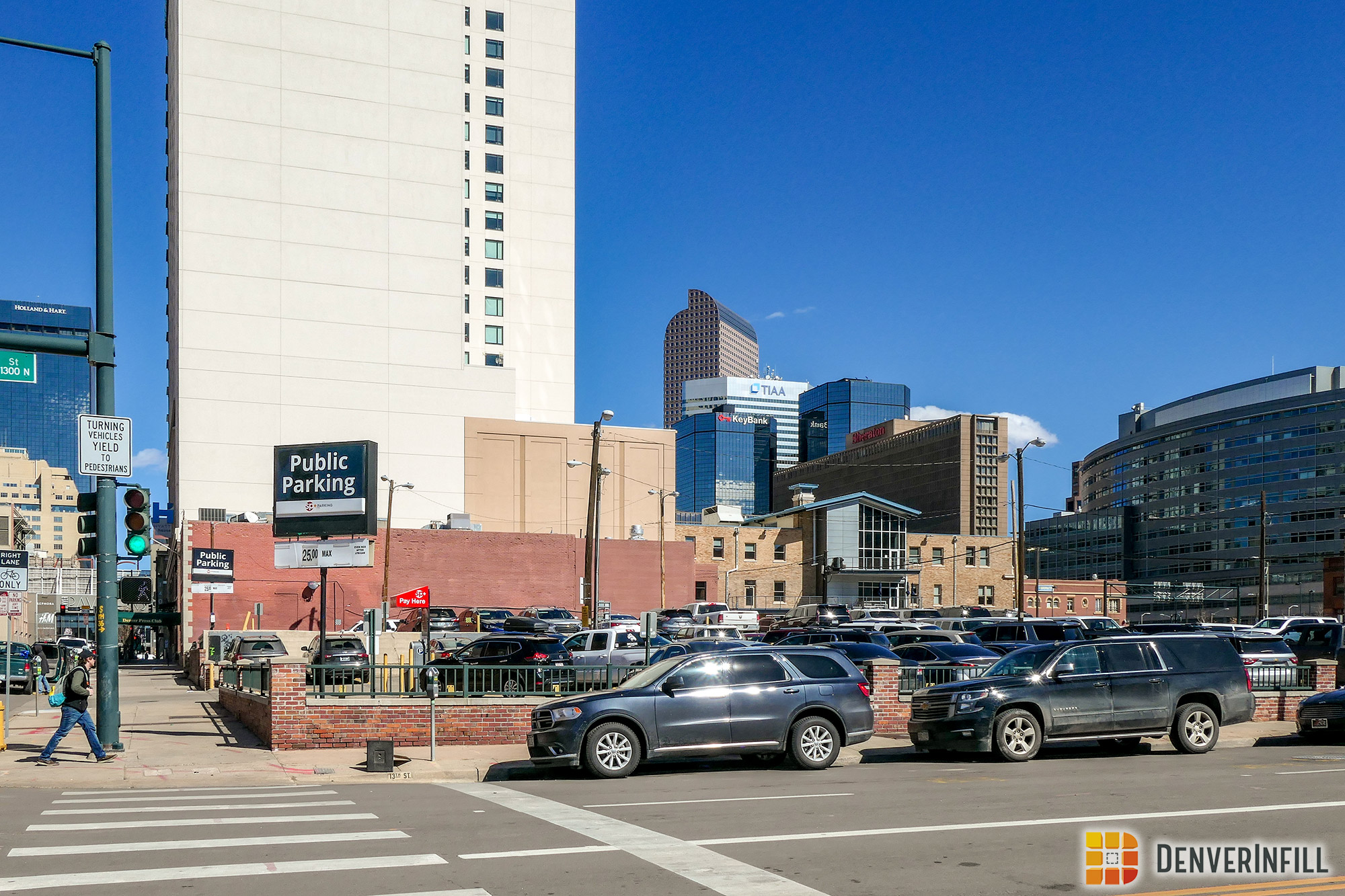 More details about this project will become available as it moves through the development review process with the city.