This update of the HUB development across from the 38th and Blake transit station in RiNo is both a “final update” post on the first phase of HUB and a “new project” post for HUB’s second phase.

When HUB was first announced in late 2016, the project was envisioned as a two-phase project. The first phase was planned to cover about three-quarters of the block and consist of 220,000 square foot of office space, ground-floor retail, structured parking, and an outdoor terrace. The second phase would have completed the block with a hotel at the corner of Blake and Downing.

However, in July 2018, the developers submitted to the city an amendment to the project’s Site Development Plan to drop the hotel and replace it with more office space. That amended Site Development Plan was approved by the city on January 15, 2019. Consequently, the second phase will now include about 95,000 square feet of office space on seven floors above approximately 10,000 square feet of ground-floor retail. The first phase, of which HomeAdvisor is leasing 150,000 square feet for their corporate headquarters, has been rebranded as HUB South, and the second phase is now known as HUB North.

HUB South – Final Update
Construction of HUB South is virtually finished and tenants will be moving in soon. The first image below is the view of HUB South’s Blake and 36th Street corner taken from the 35th Street Pedestrian Bridge, followed by the 36th and Walnut corner: 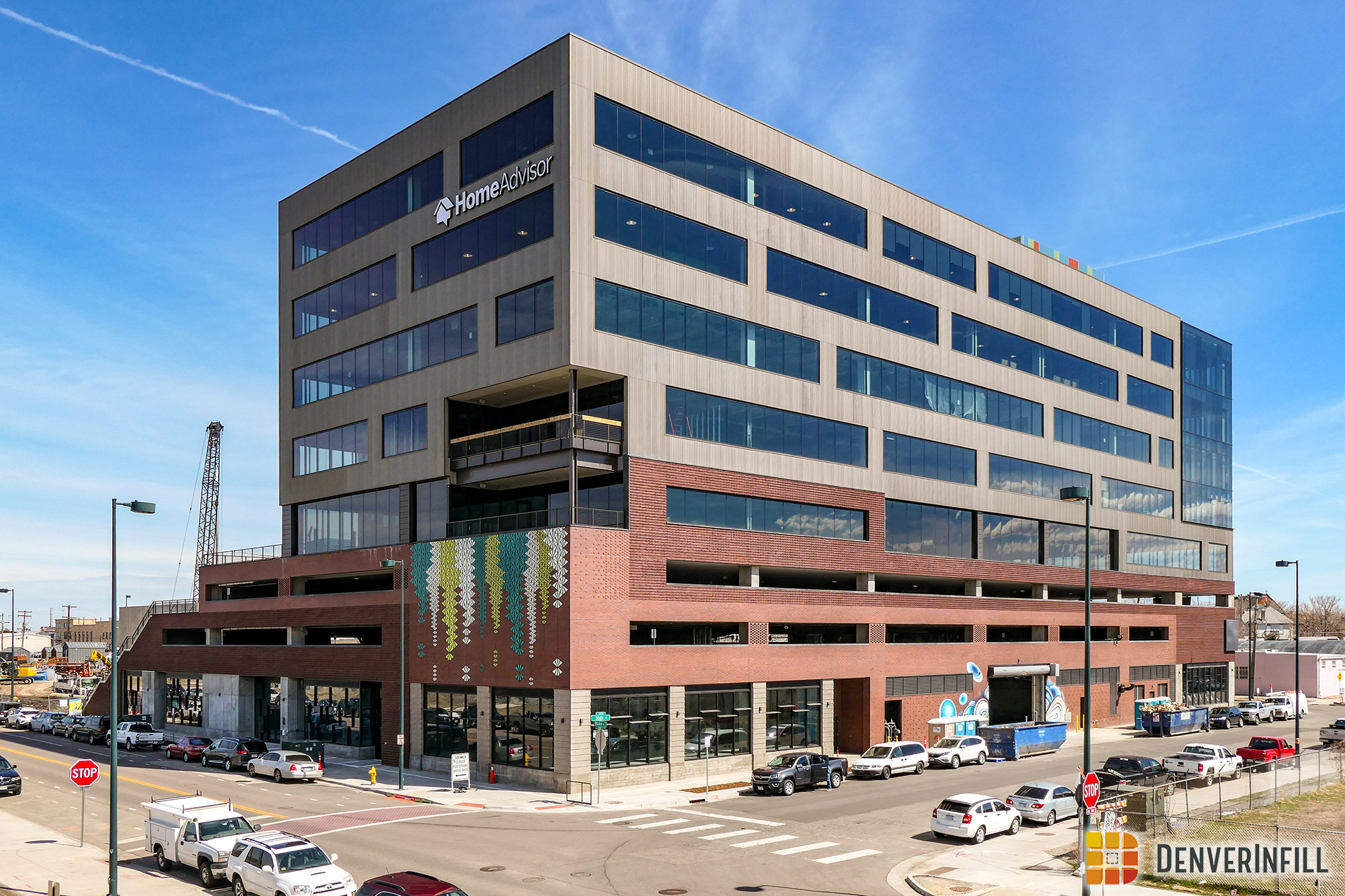 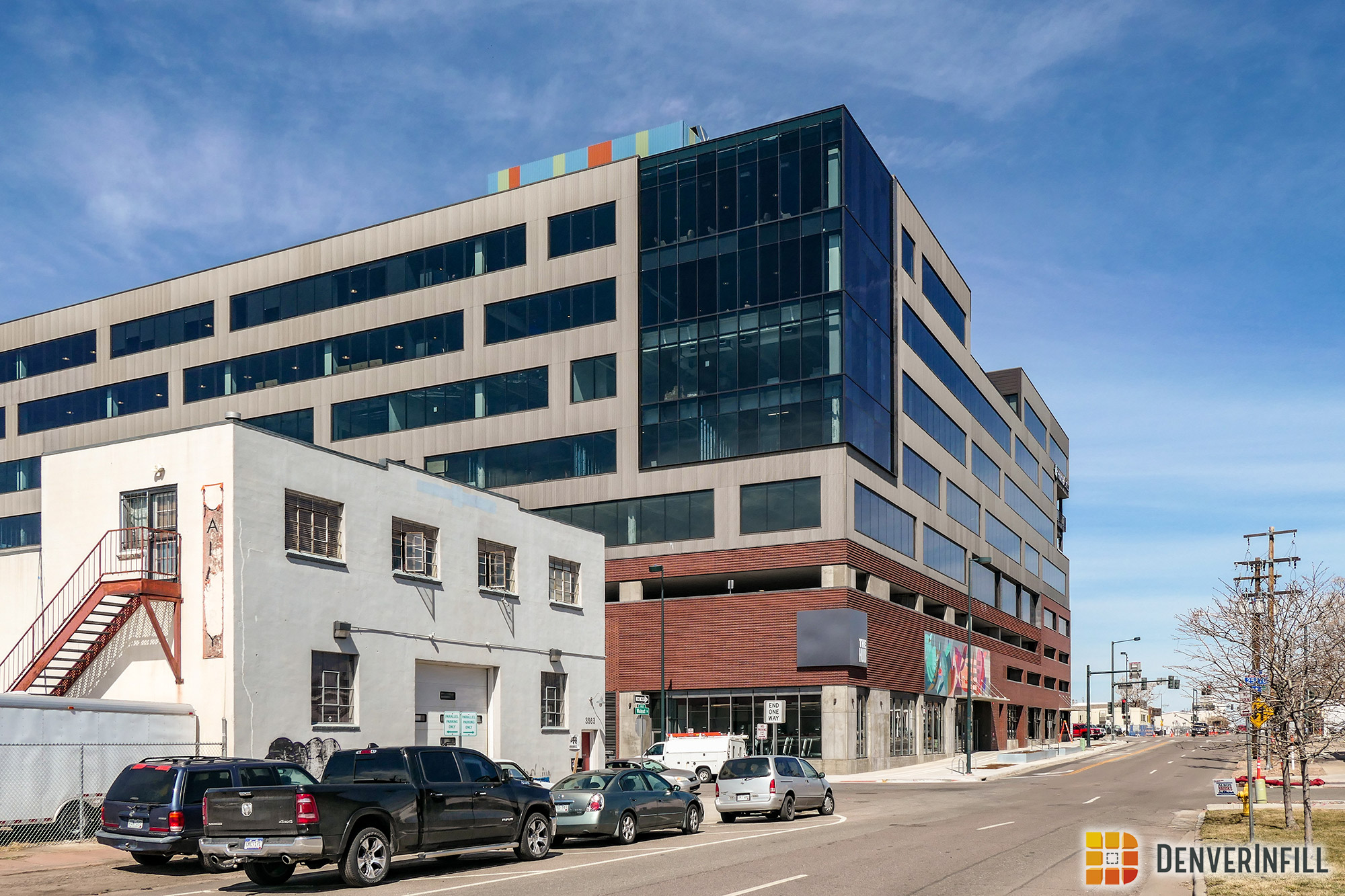 Continuing around the building, here are views of the Walnut and Downing sides of HUB South: 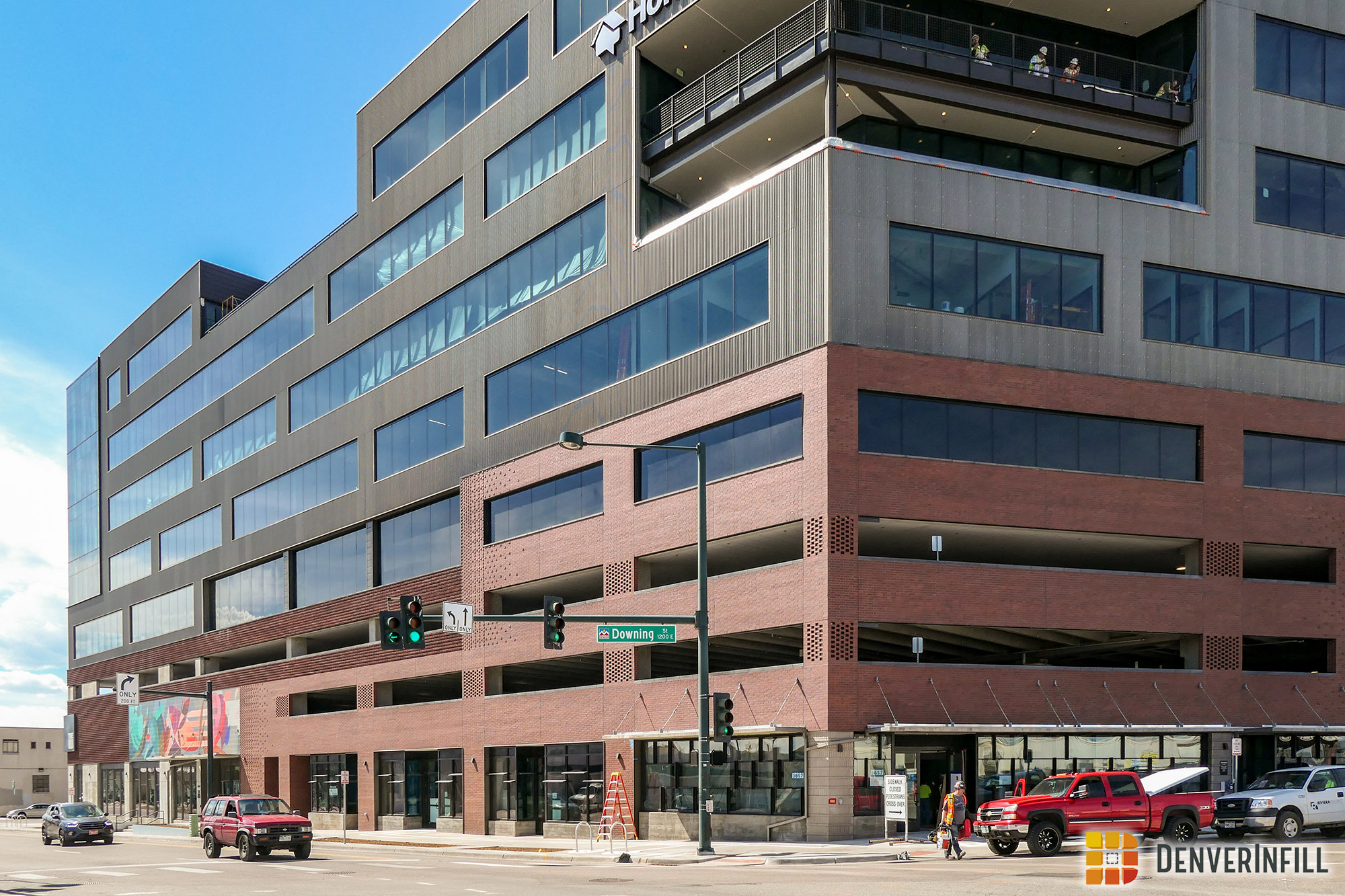 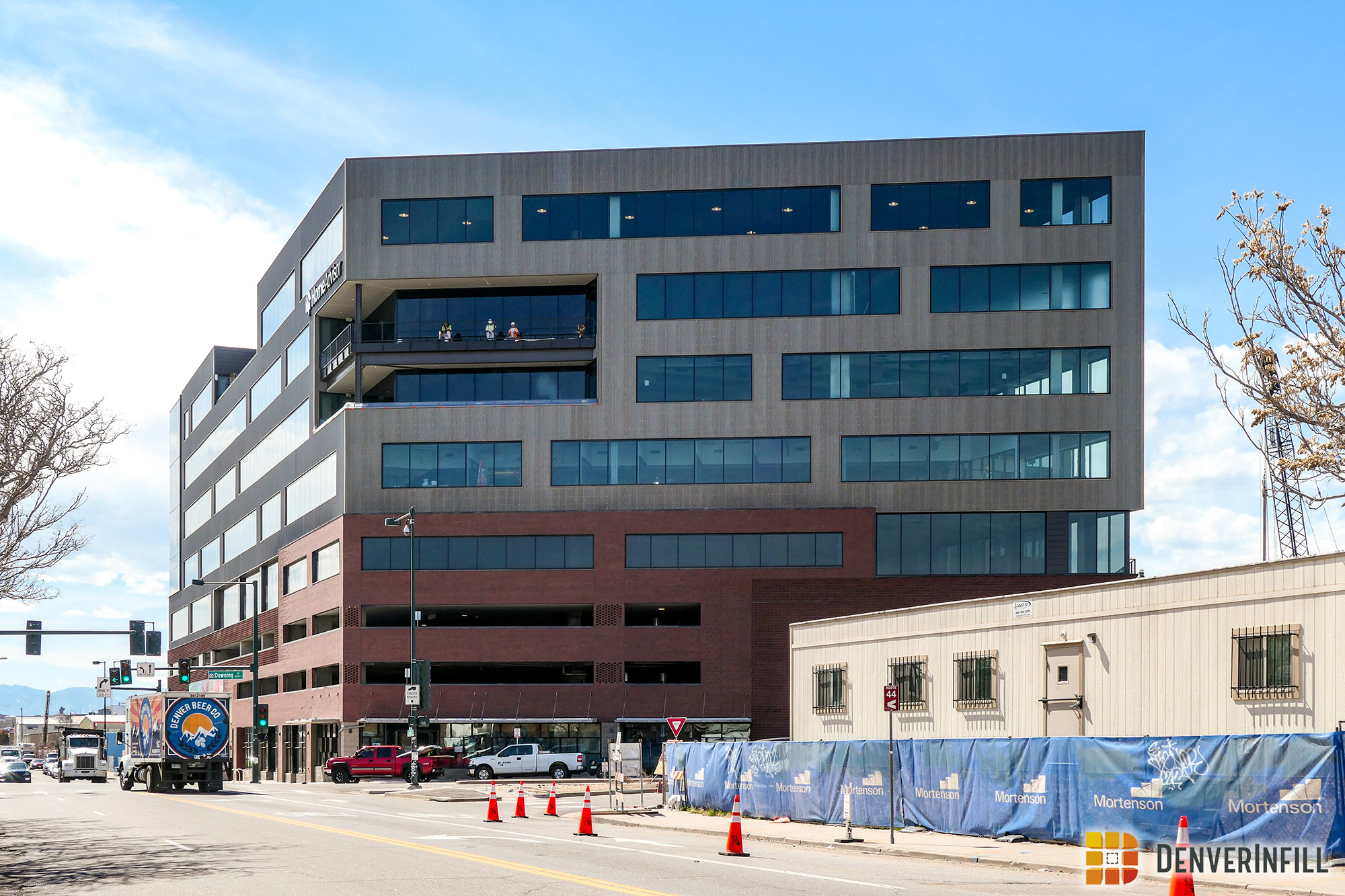 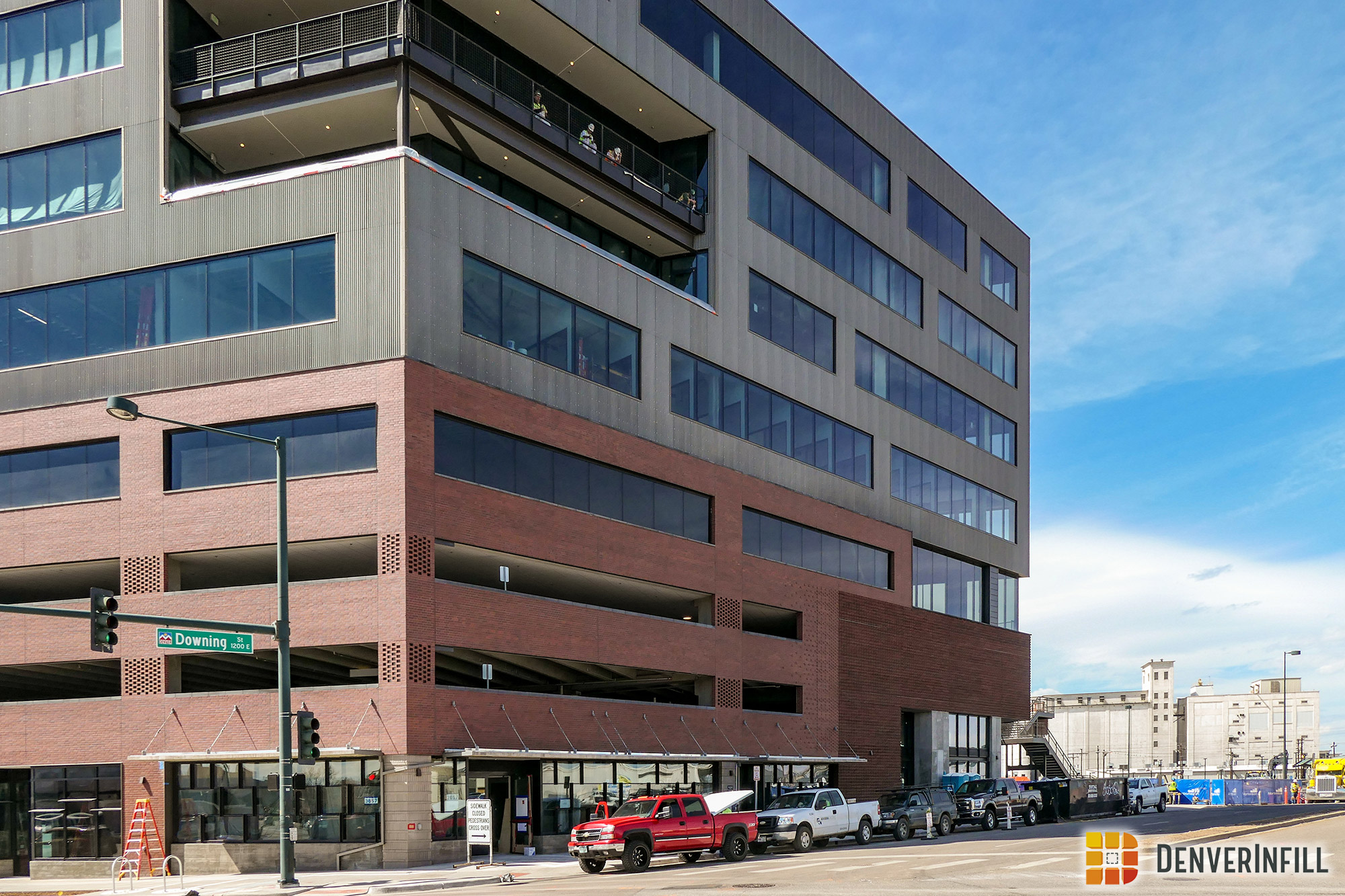 RiNo is known for its colorful outdoor murals, so several were commissioned from local artists and incorporated onto HUB’s facade: 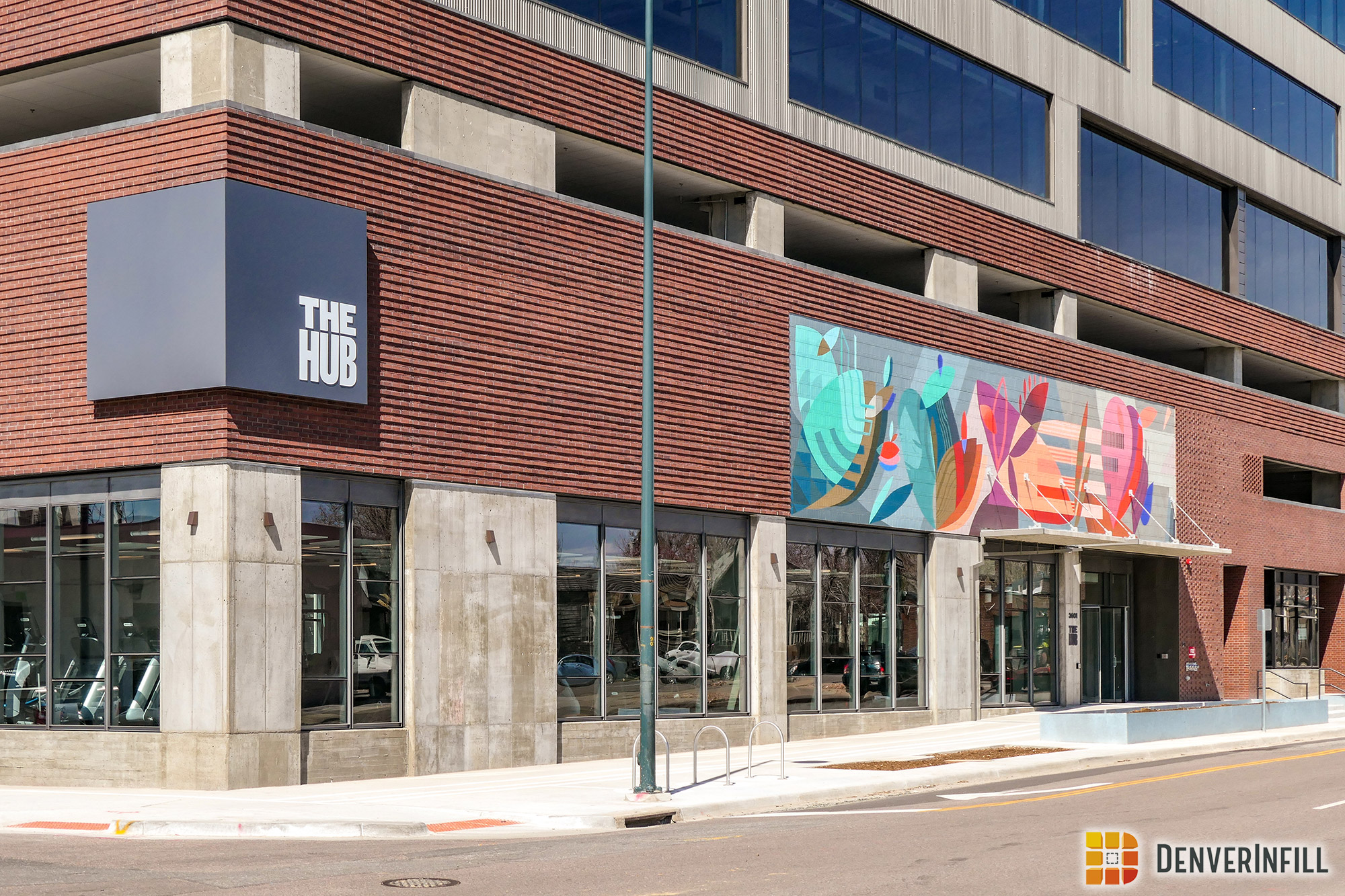 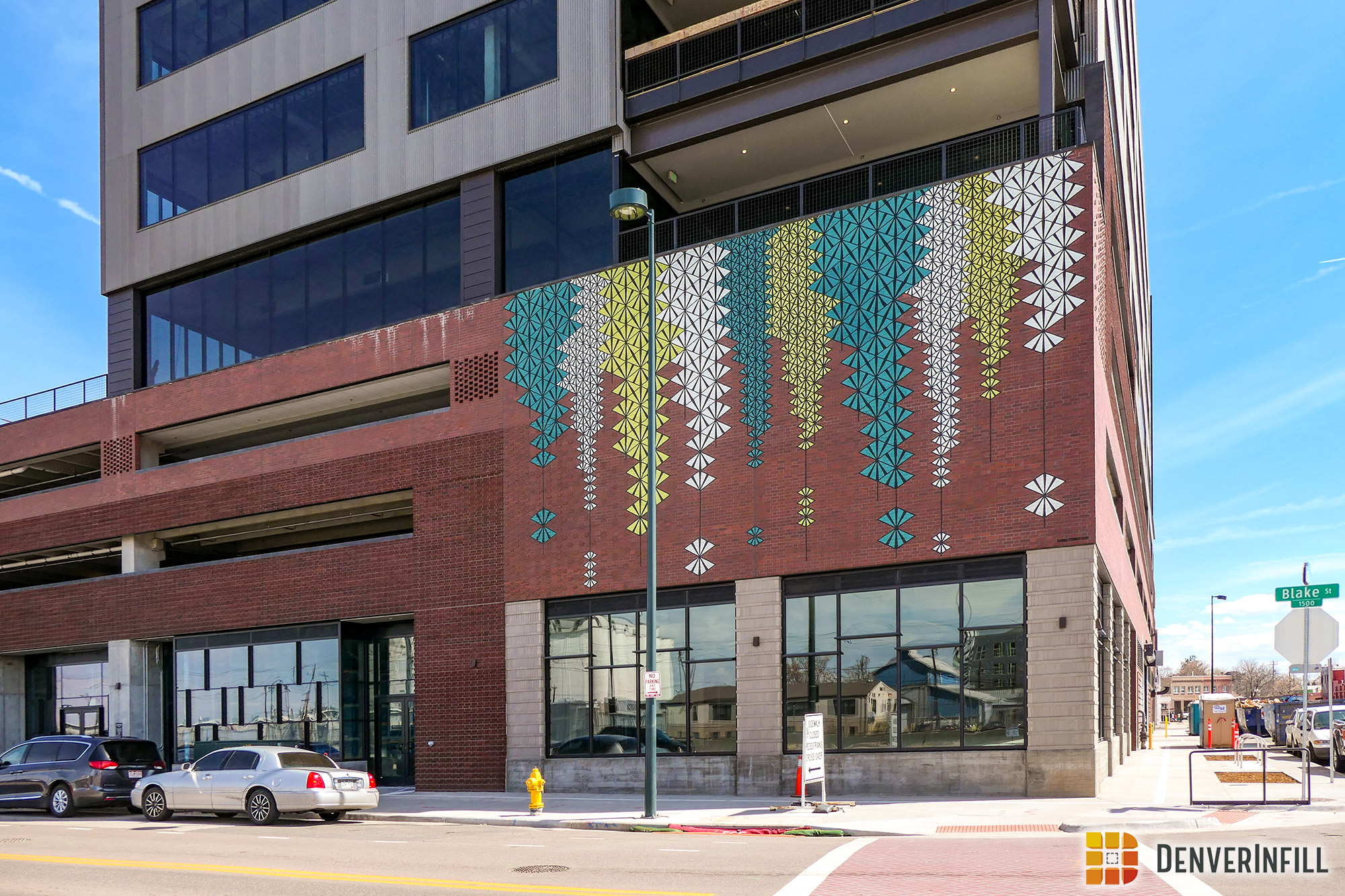 HUB North – New Project
The second phase, HUB North, is located at the corner of Blake and Downing, directly across the street from the 38th and Blake transit station. Designed by Gensler, the eight-story structure will match the height of HUB South and will have two ground-floor retail spaces fronting Blake and Downing. Here are some renderings of HUB North, courtesy of Gensler. 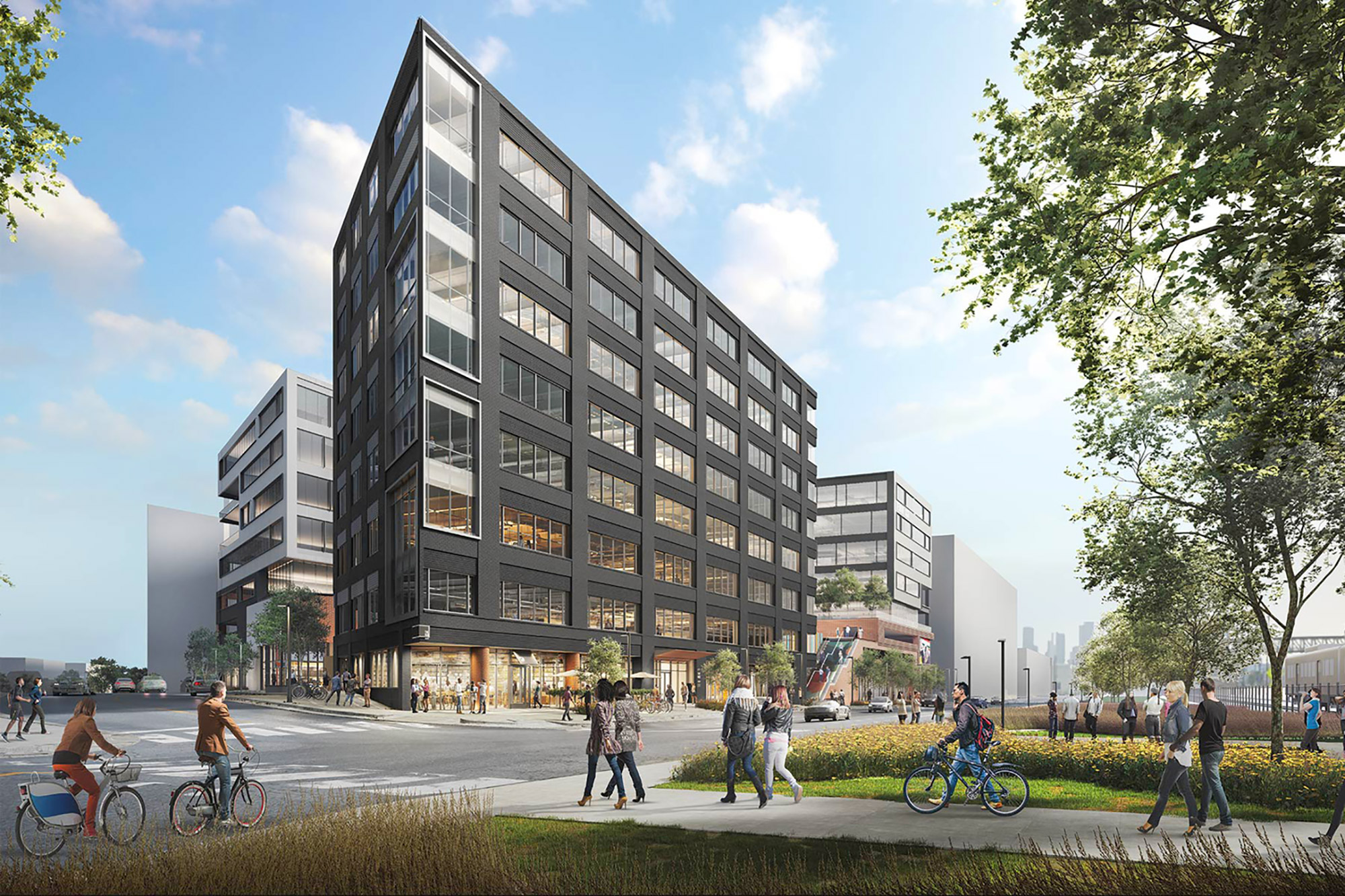 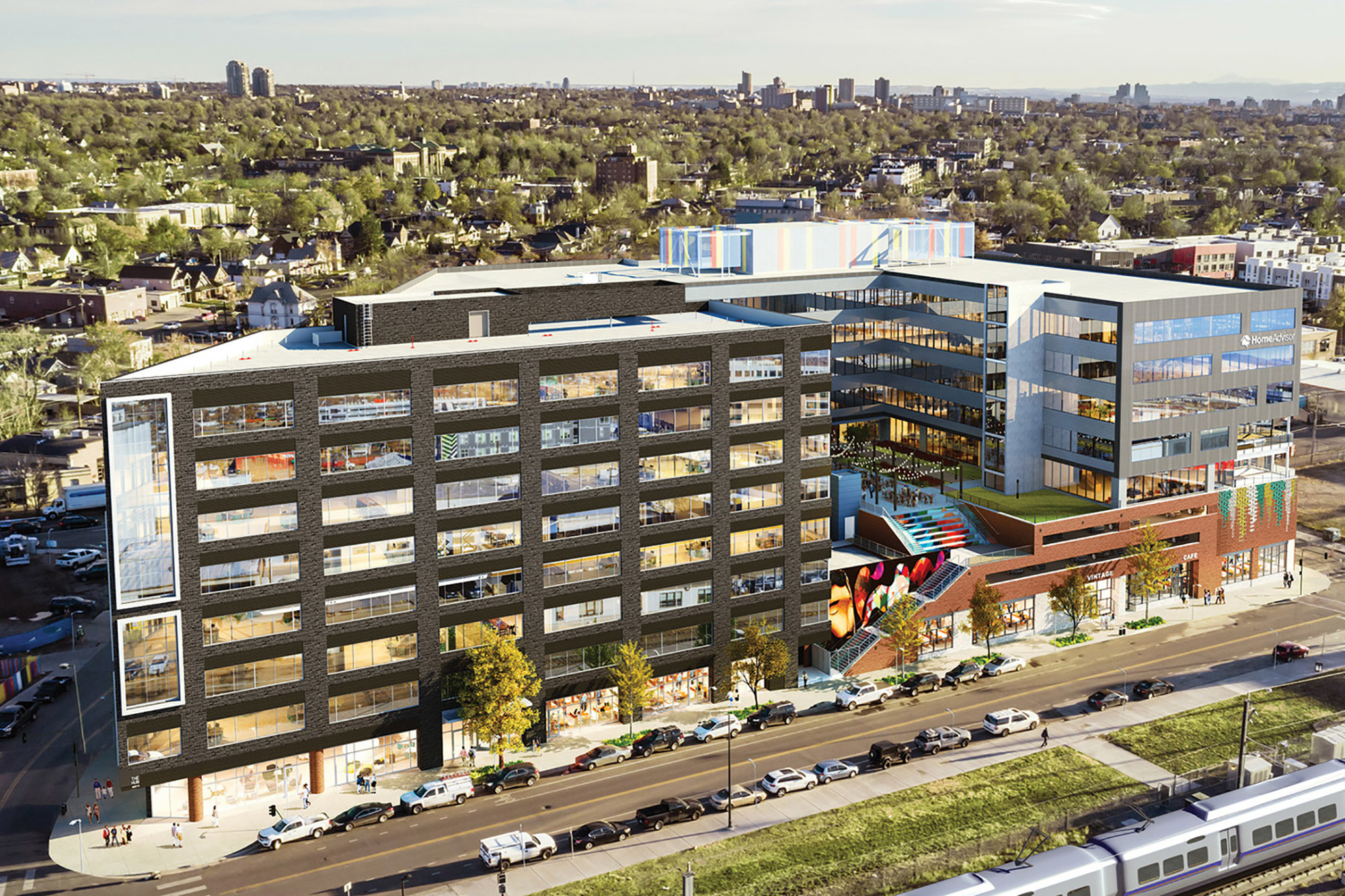 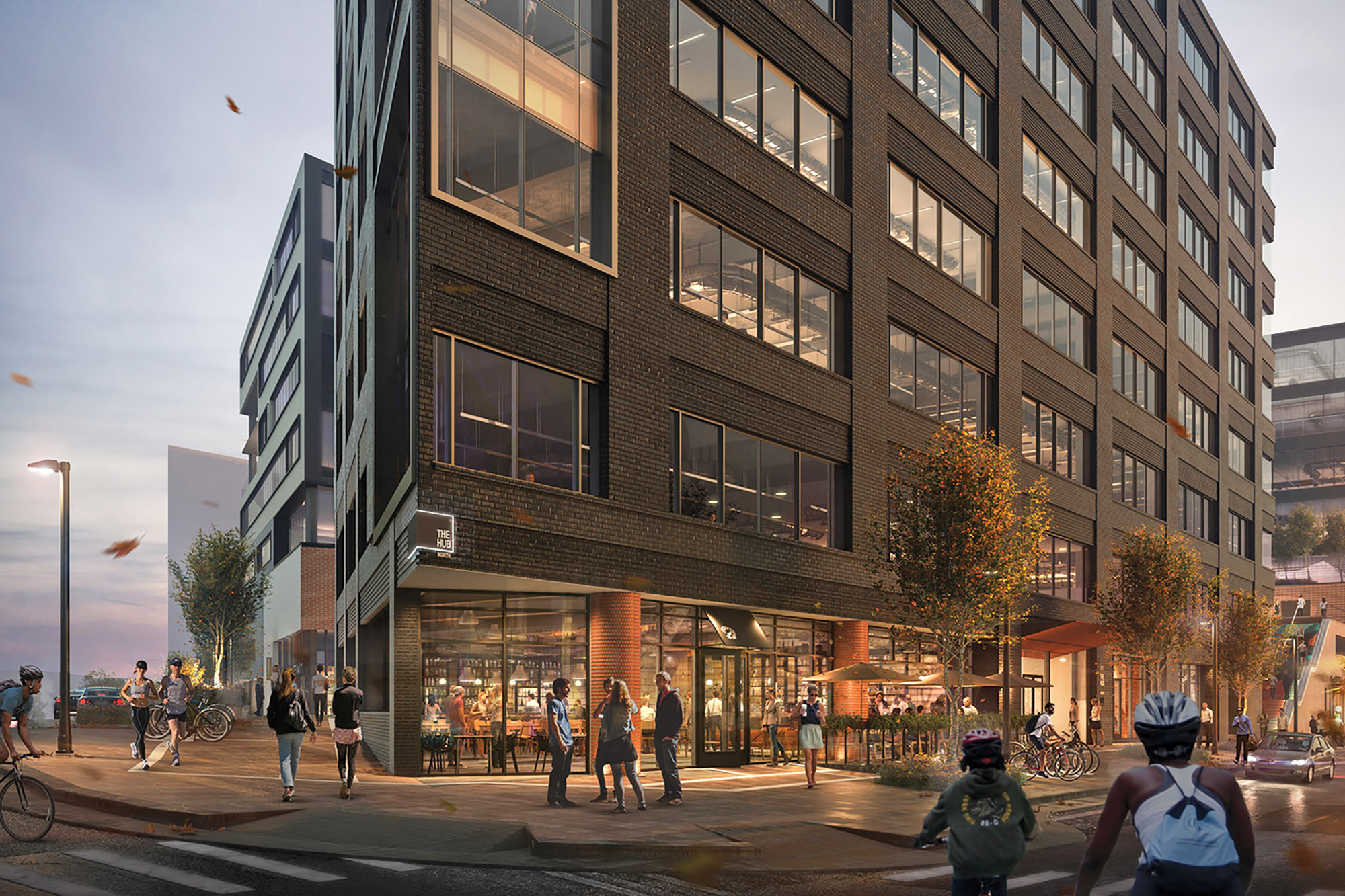 Construction of HUB North is already underway as the photos below show. Situated in between the L-shaped HUB South and the new HUB North is an outdoor terrace atop the parking podium that will be accessible from both towers. 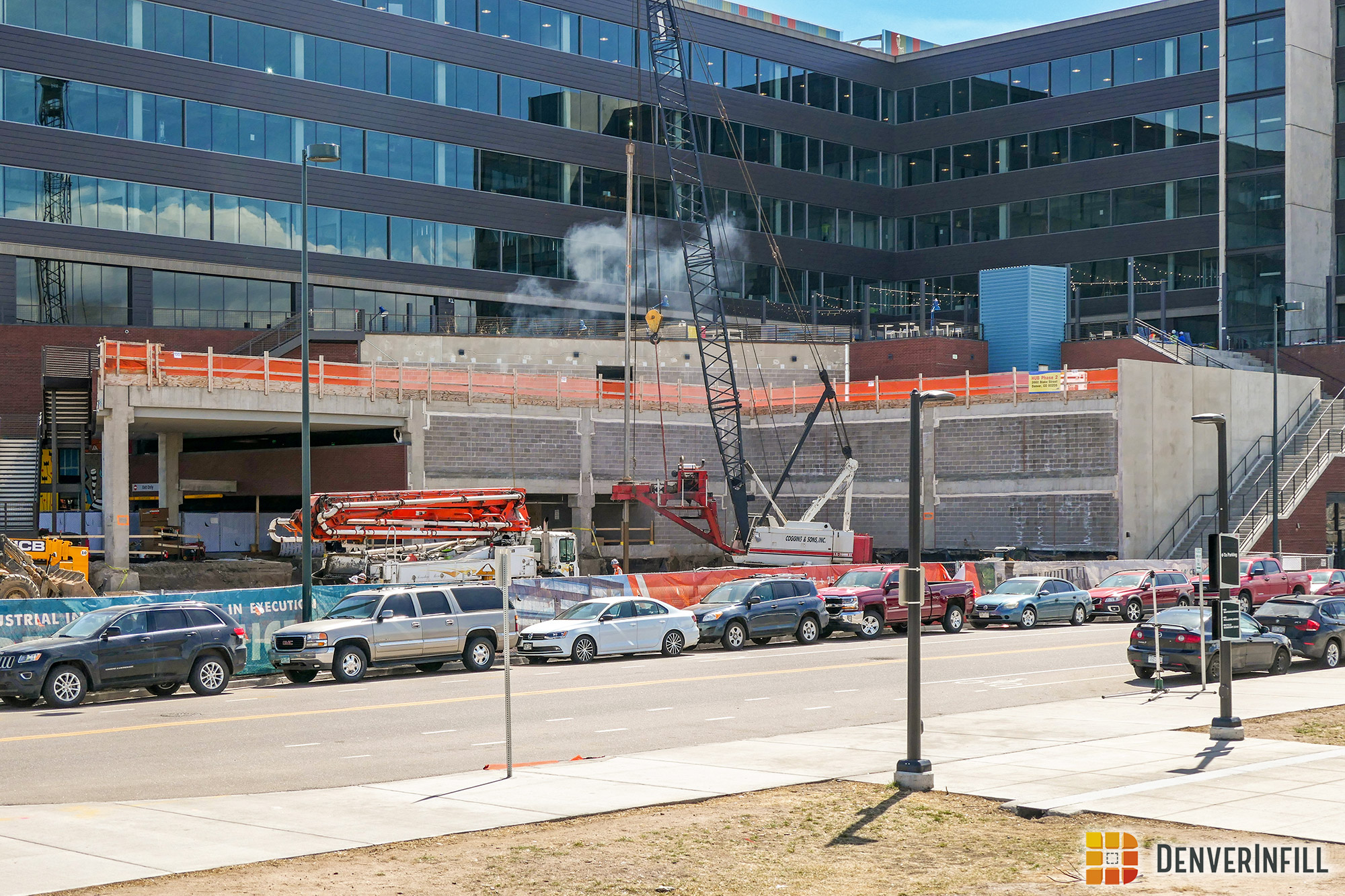 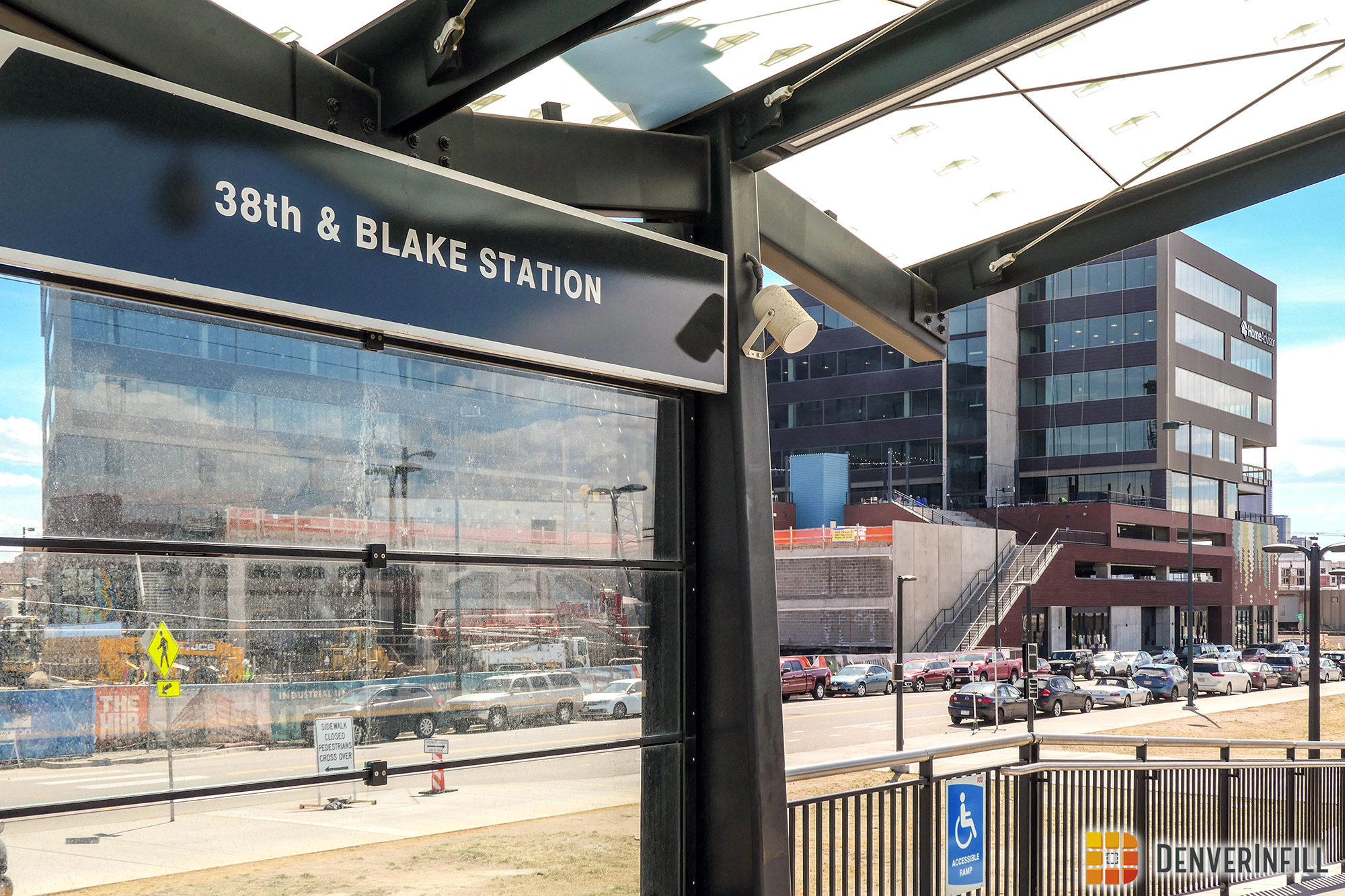 HUB North is scheduled to be complete by the summer of 2020.