A major milestone was reached this past weekend on the progress of the state’s Ralph L. Carr Colorado Judicial Complex project in Downtown Denver’s Civic Center district: the demolition of the existing Colorado State Judicial Building.

If you were within a mile or two of Civic Center on Sunday morning, you probably heard a very loud bang at about 8:01 AM. That was the explosive “knock-down” (as opposed to an implosion) of what remained of the state’s 1970s modernist judicial building. Over the past month and a half, the Colorado Judicial Building had been undergoing a methodical deconstruction. Rather than ripping the building down outright, the building was “deskinned” of its light gray granite facade panels—part of the project’s recycling plan—which will be used within the new complex’s landscaped plaza areas. Much of the rest of building’s elements were also removed for recycling, leaving by Sunday morning a fragile shell of a building that was poised to be toppled by a few well-placed explosives. Even after Sunday’s explosion, much of the remaining rubble will be recycled.

Here are some DenverInfill photos that document the deconstruction of the Colorado Judicial Building. 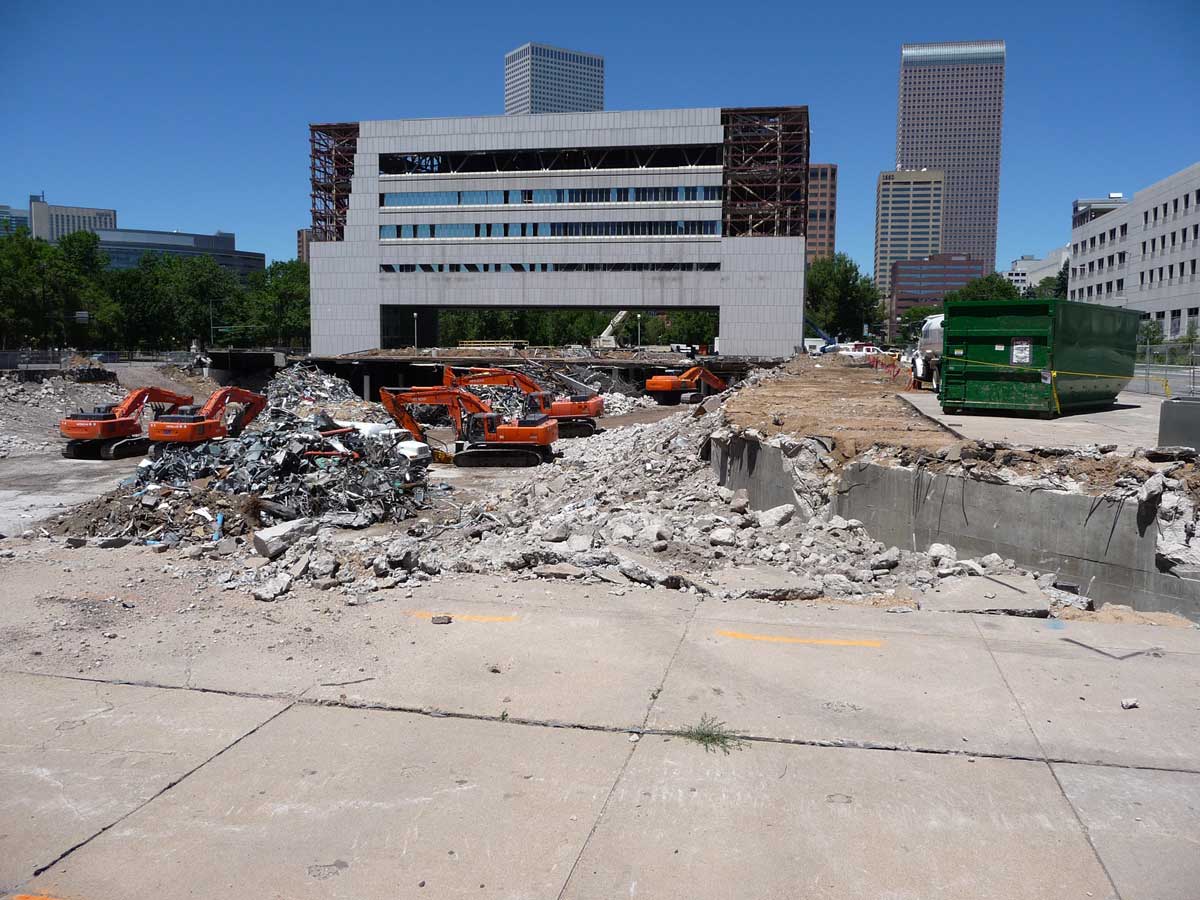 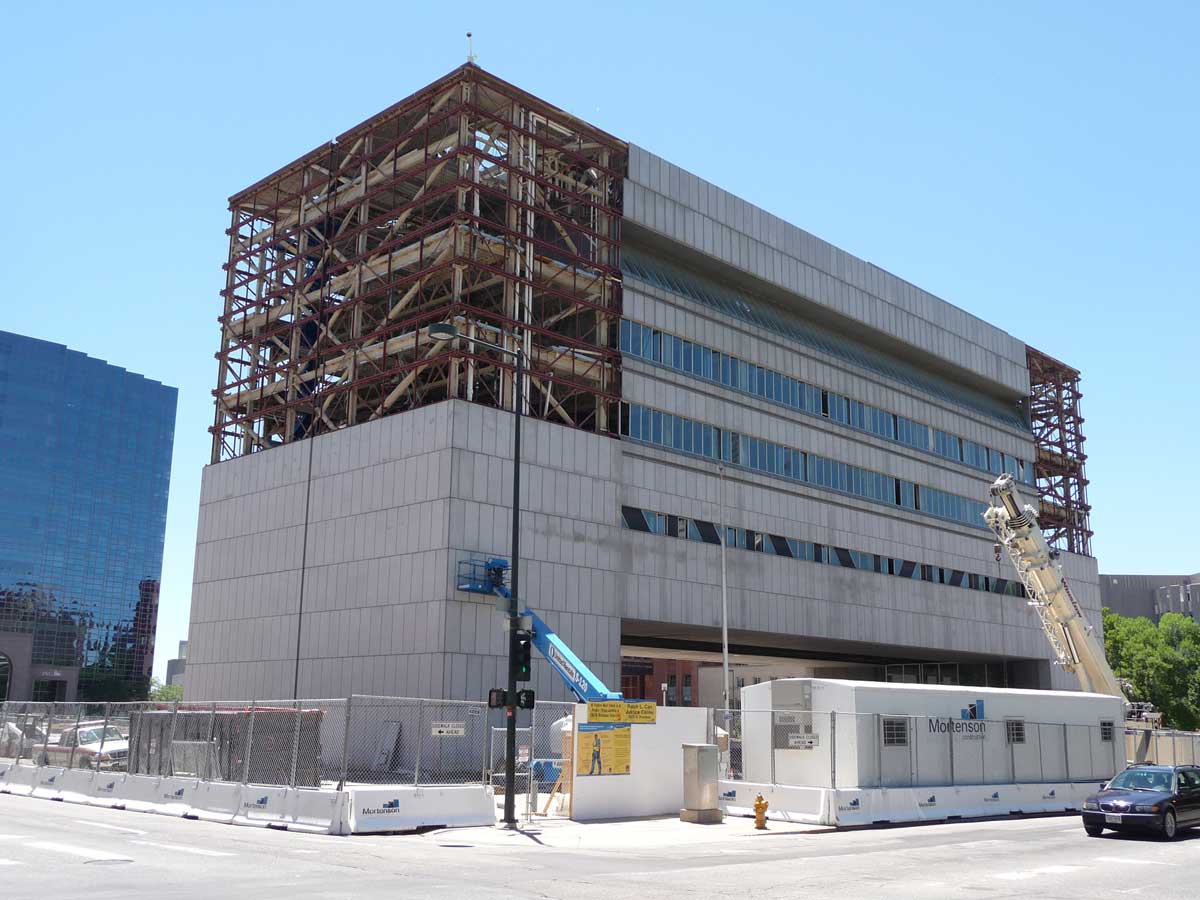 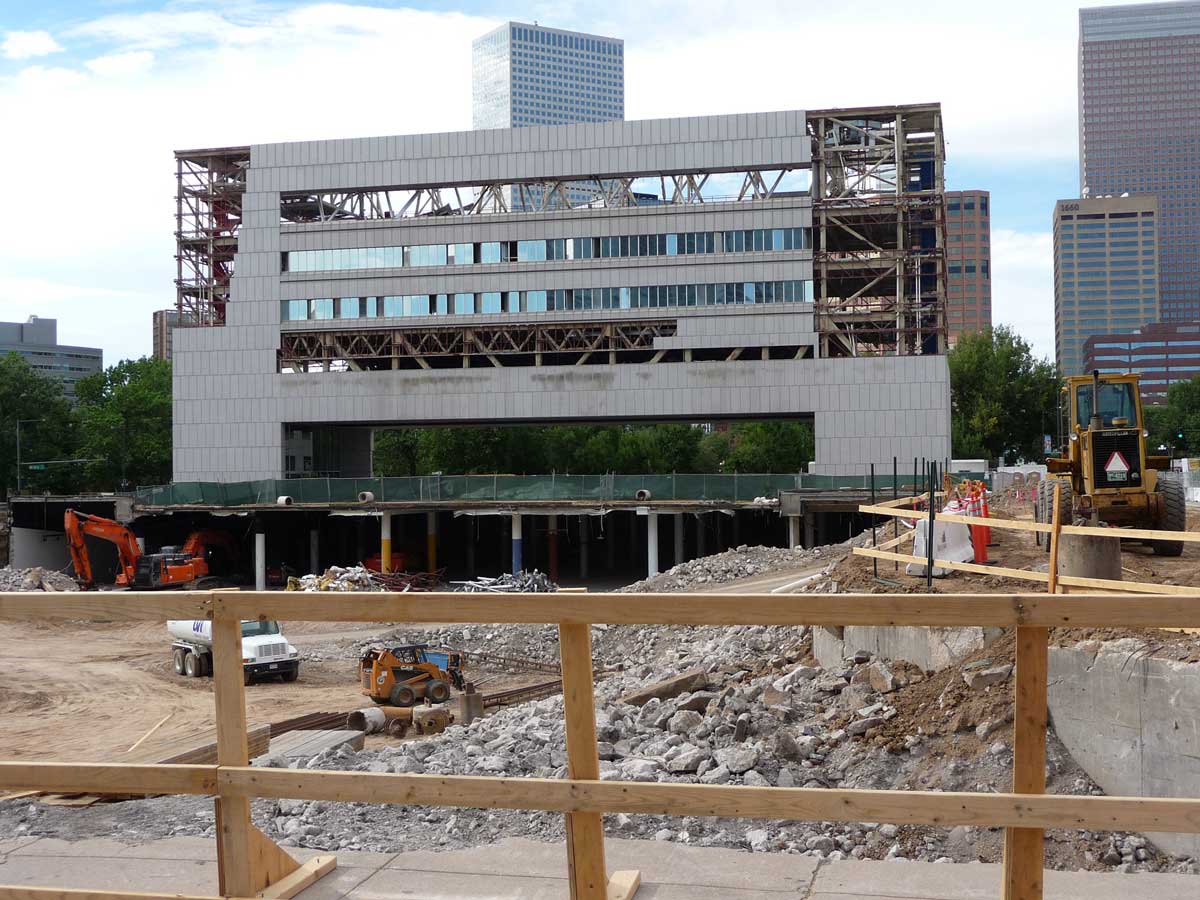 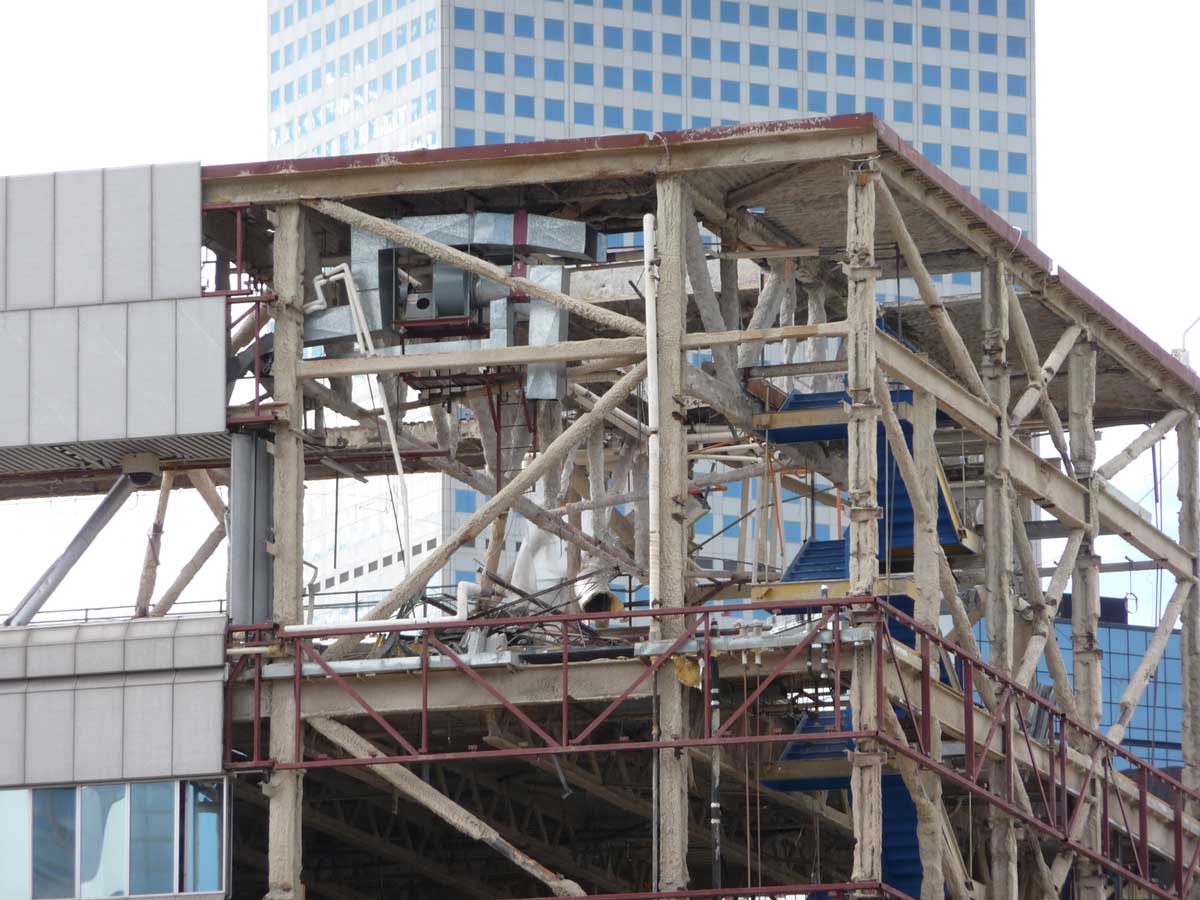 Demolition Day minus 1 (that’d be Saturday): 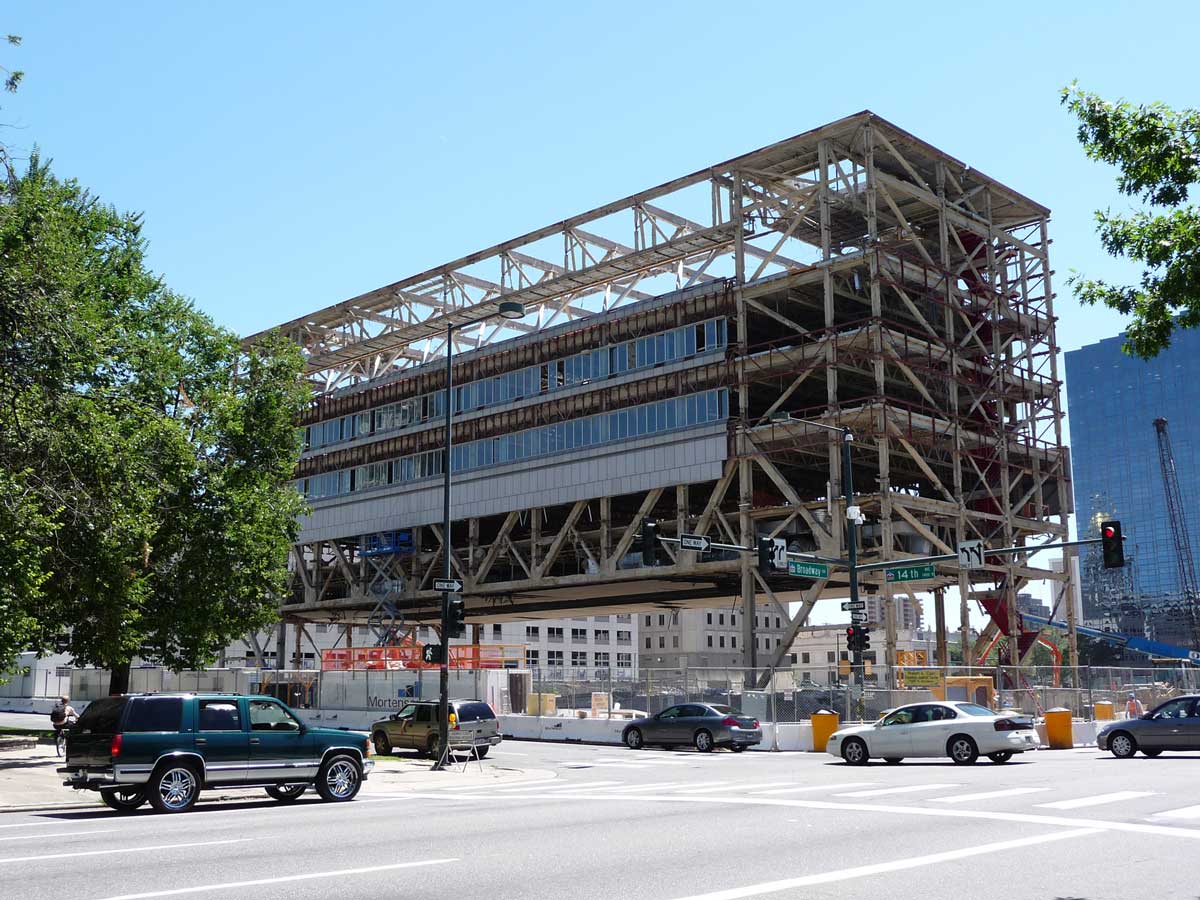 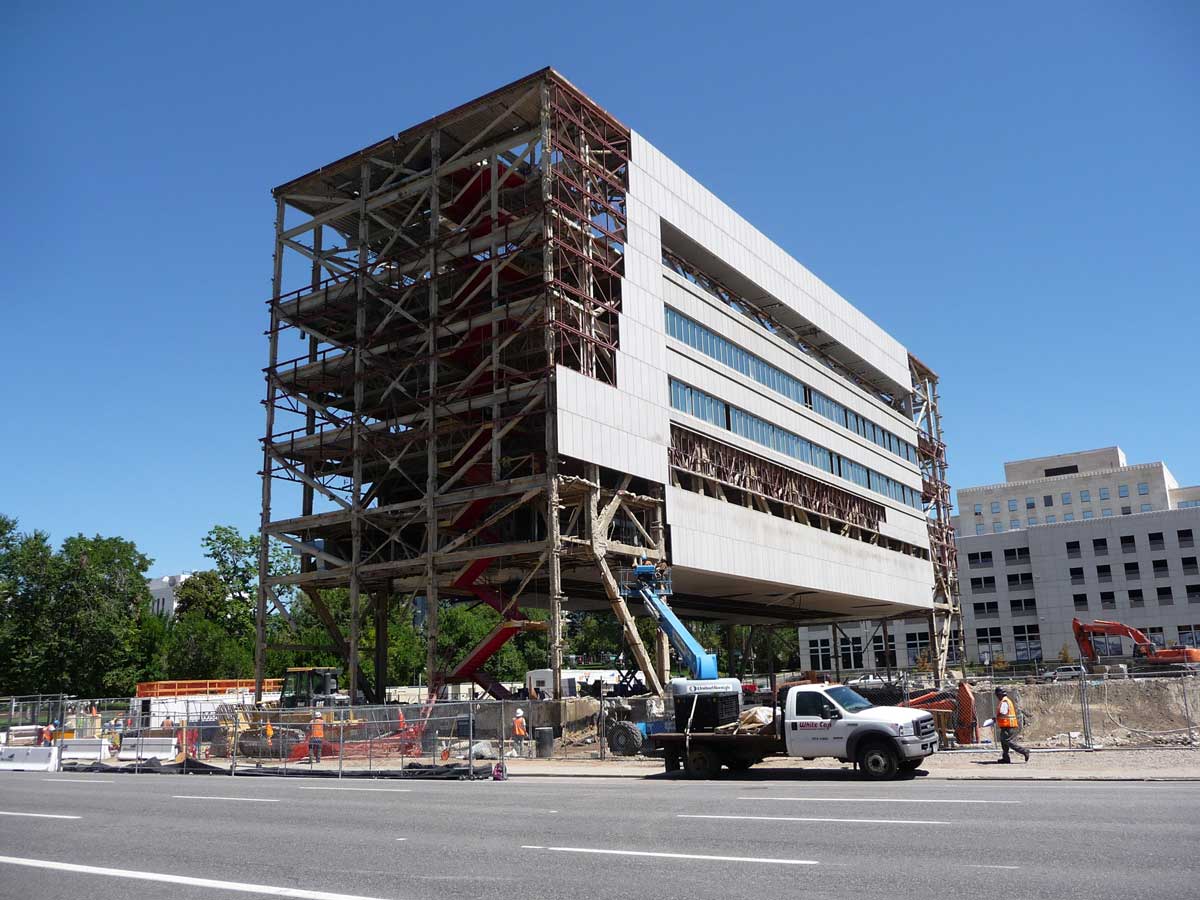 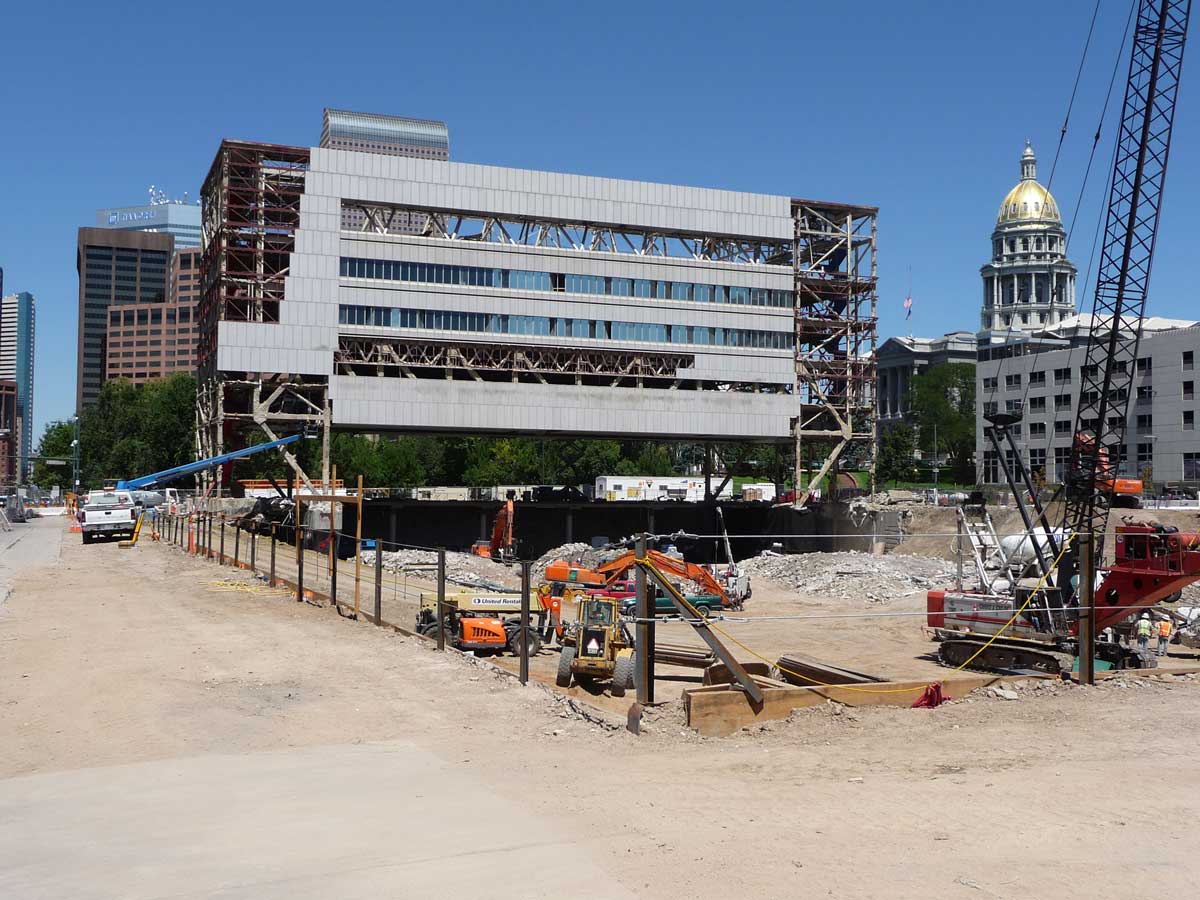 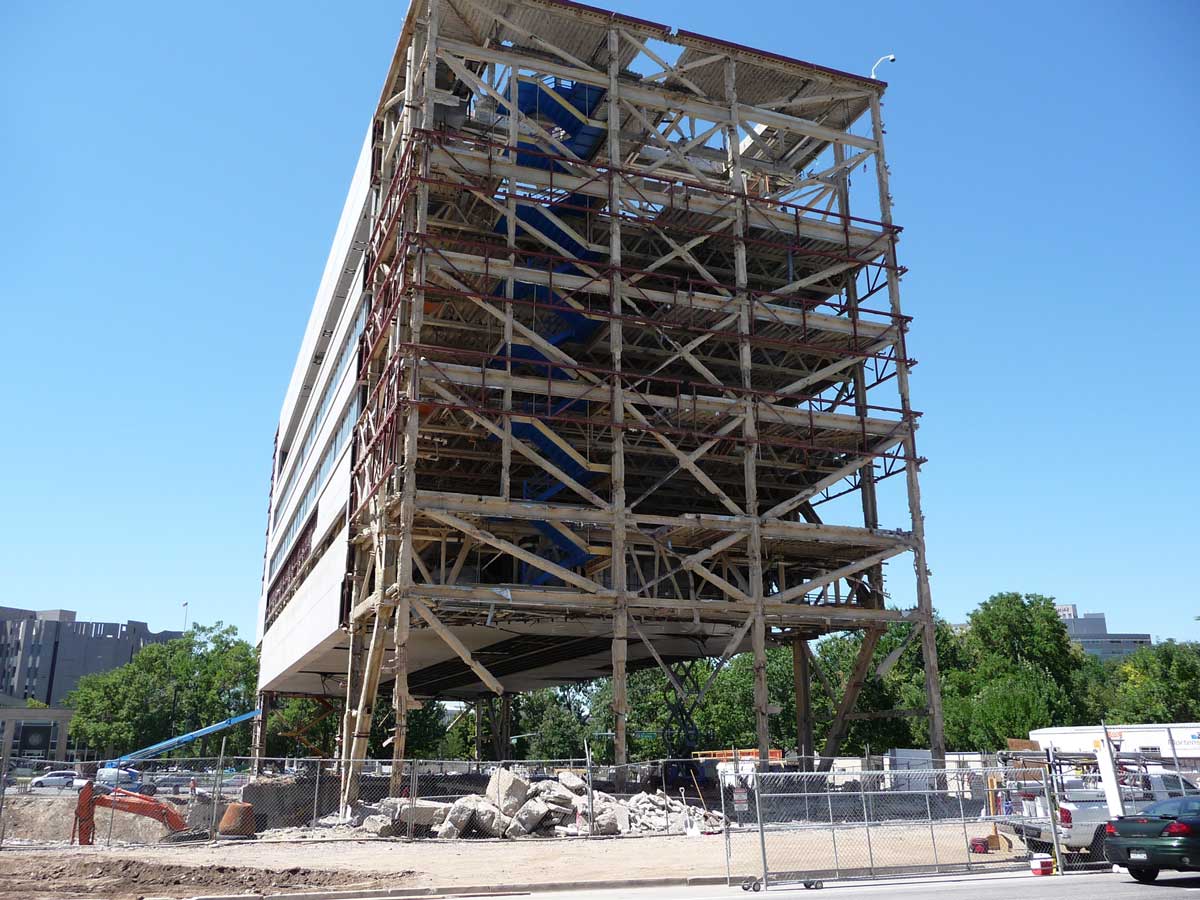 The aftermath – later Sunday morning about 11:00 AM: 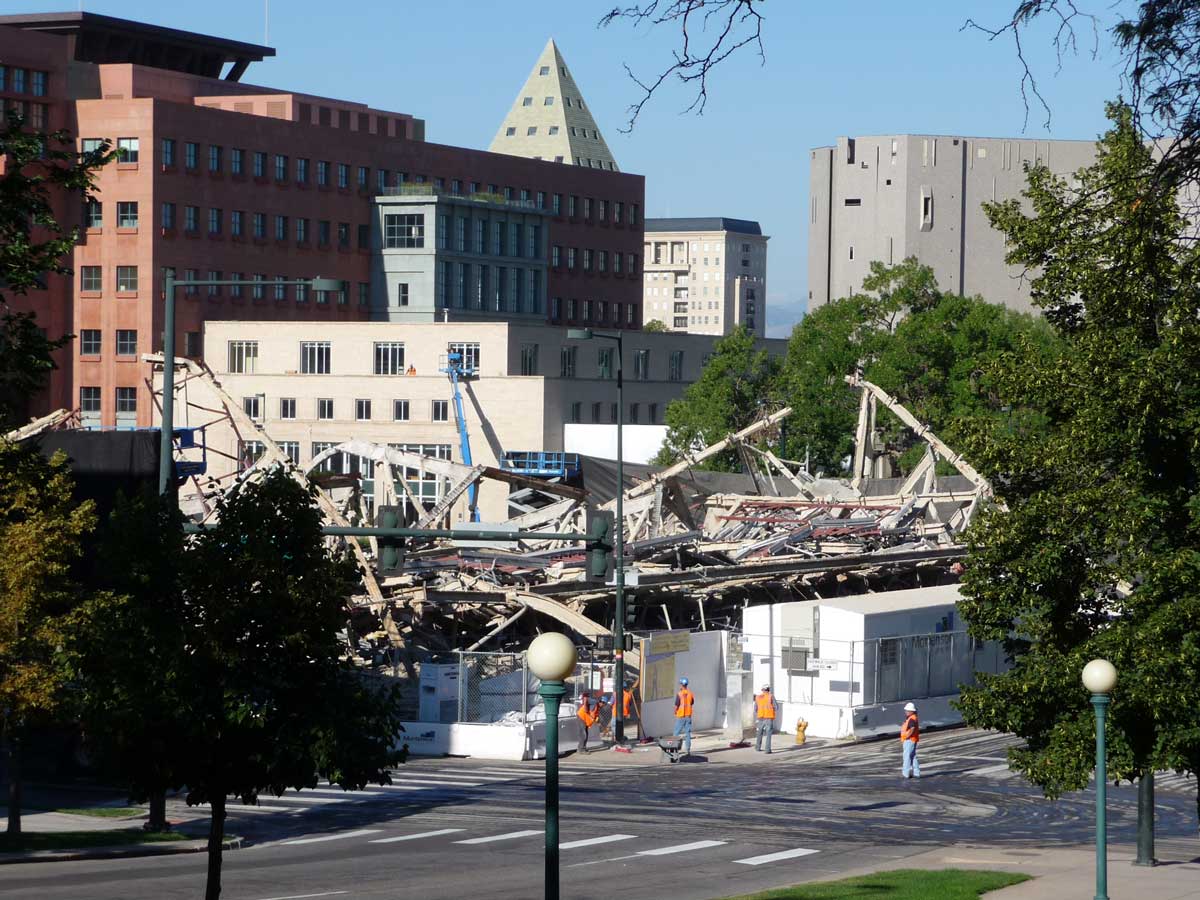 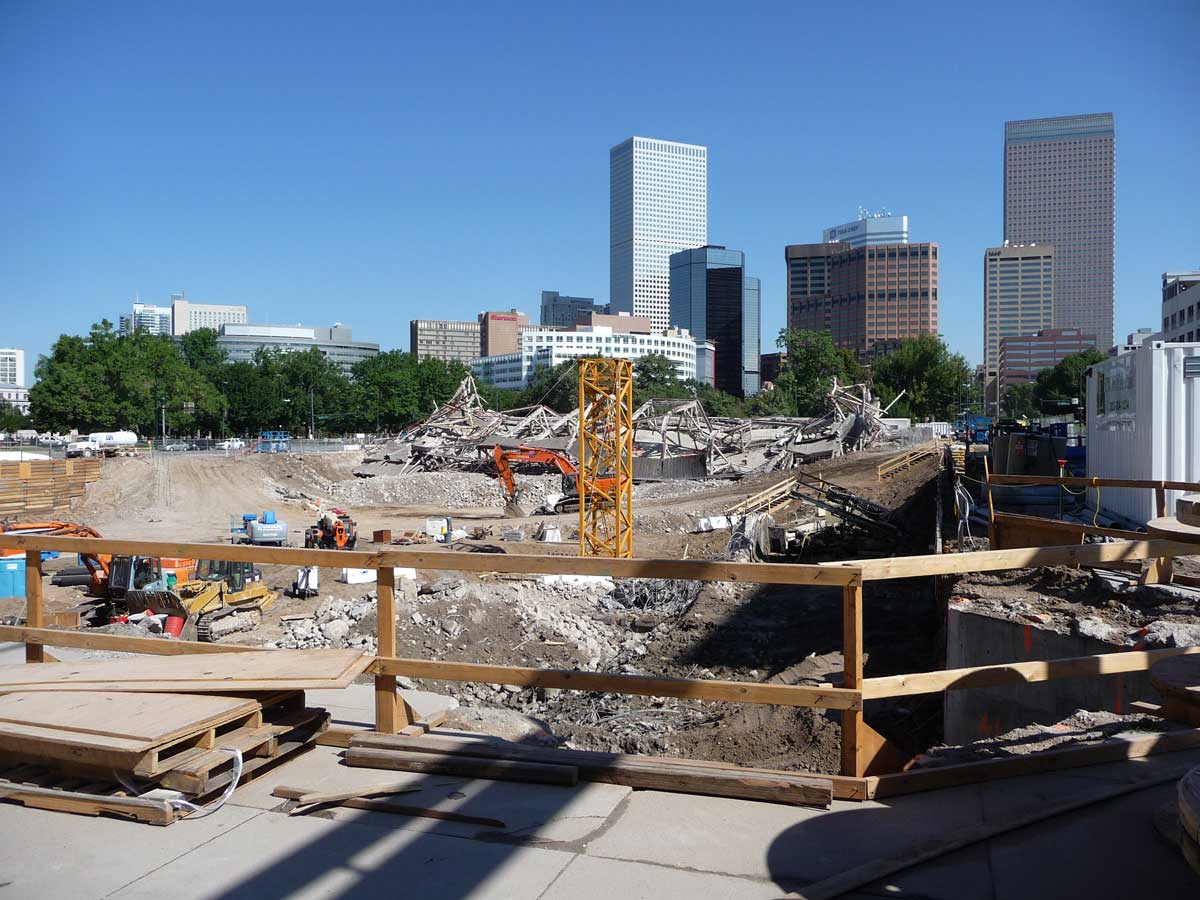 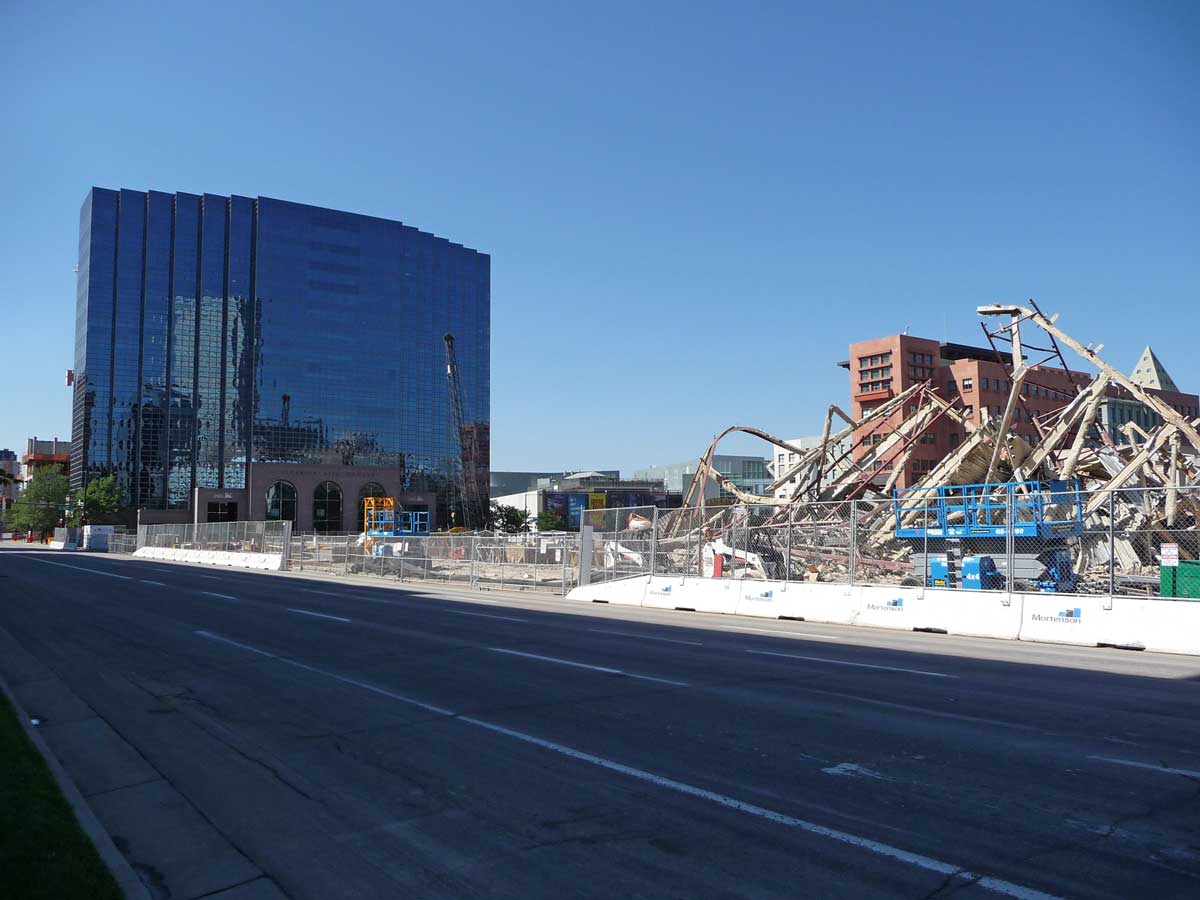 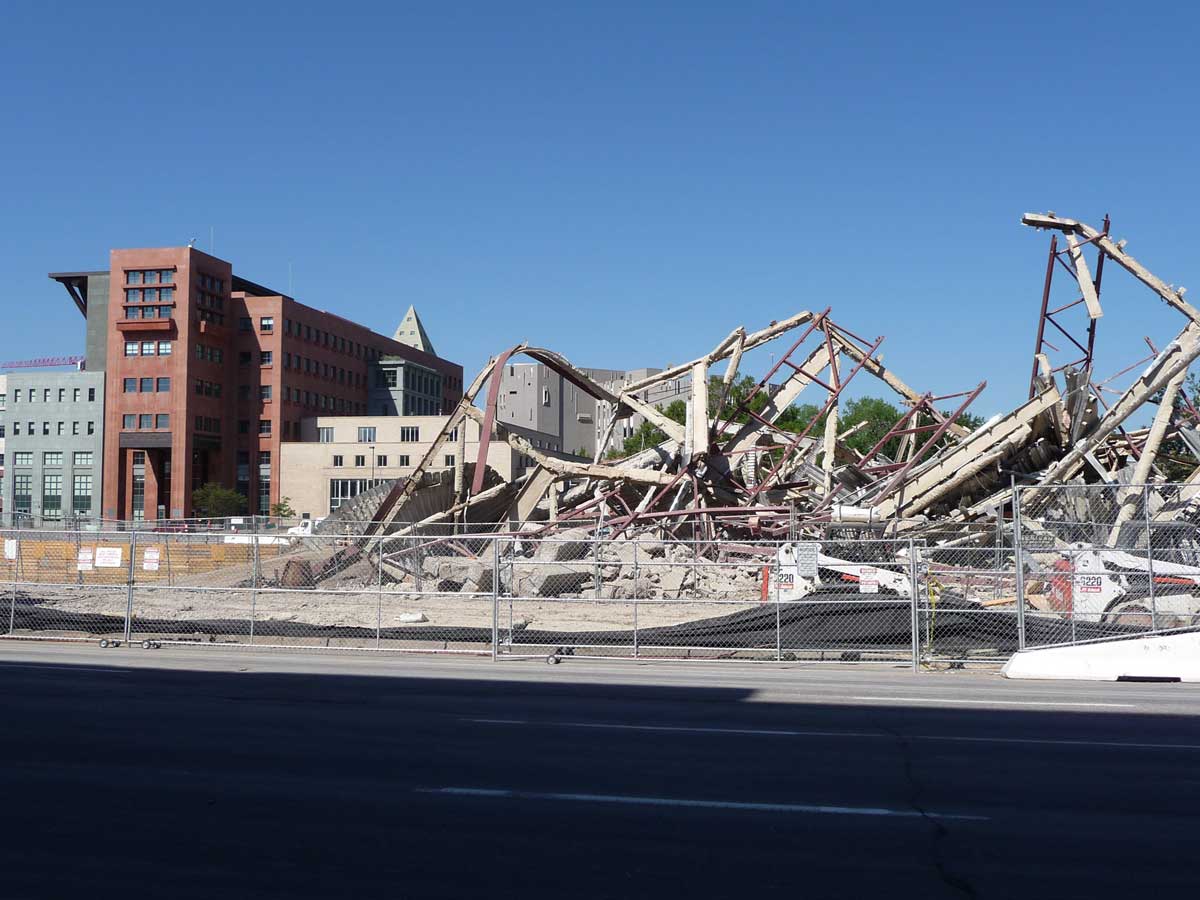 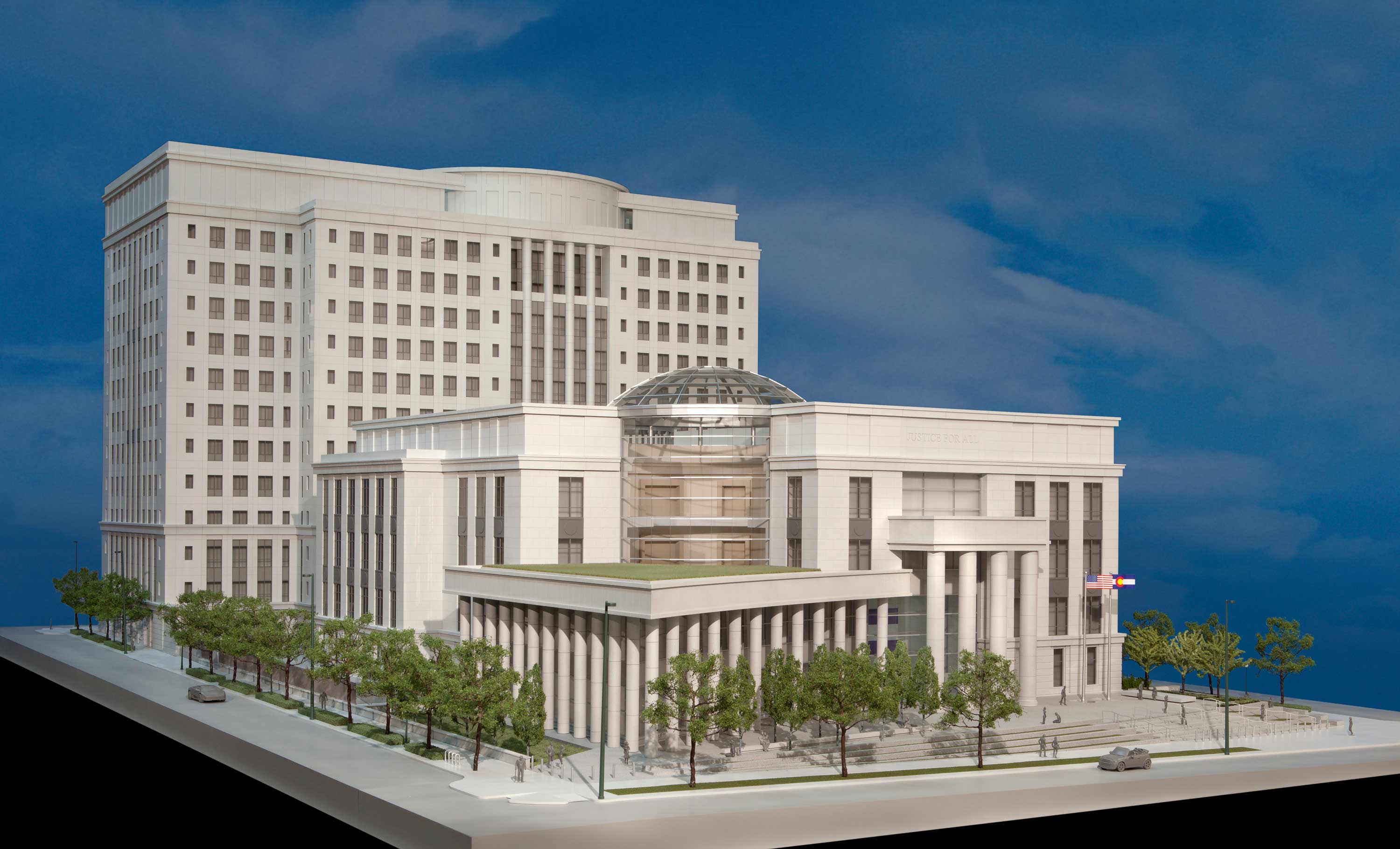 The Ralph L. Carr Judicial Complex is being funded through user fees backed by federal government stimulus bonds, and not through Colorado taxpayer dollars. The complex is scheduled to be completed in 2013.