RTD has officially broken ground on the East Corridor with service between Denver Union Station and DIA!!

The groundbreaking ceremony was held this morning just south of the main terminal (at the site of the future south terminal and DIA rail station) and was very well attended. Dignitaries in attendance included Senator Mark Udall, Representatives Diana DeGette (D-CO) and Ed Perlmutter (D-CO), Aurora Mayor Ed Tauer, Denver Mayor John Hickenlooper, RTD General Manager Phil Washington, as well as a few RTD Board members. Everyone said a few (some more than others) kind words about the project, the process, as well as touted the potential and expectation that the train will forever transform how visitors and residents alike move around our great city. 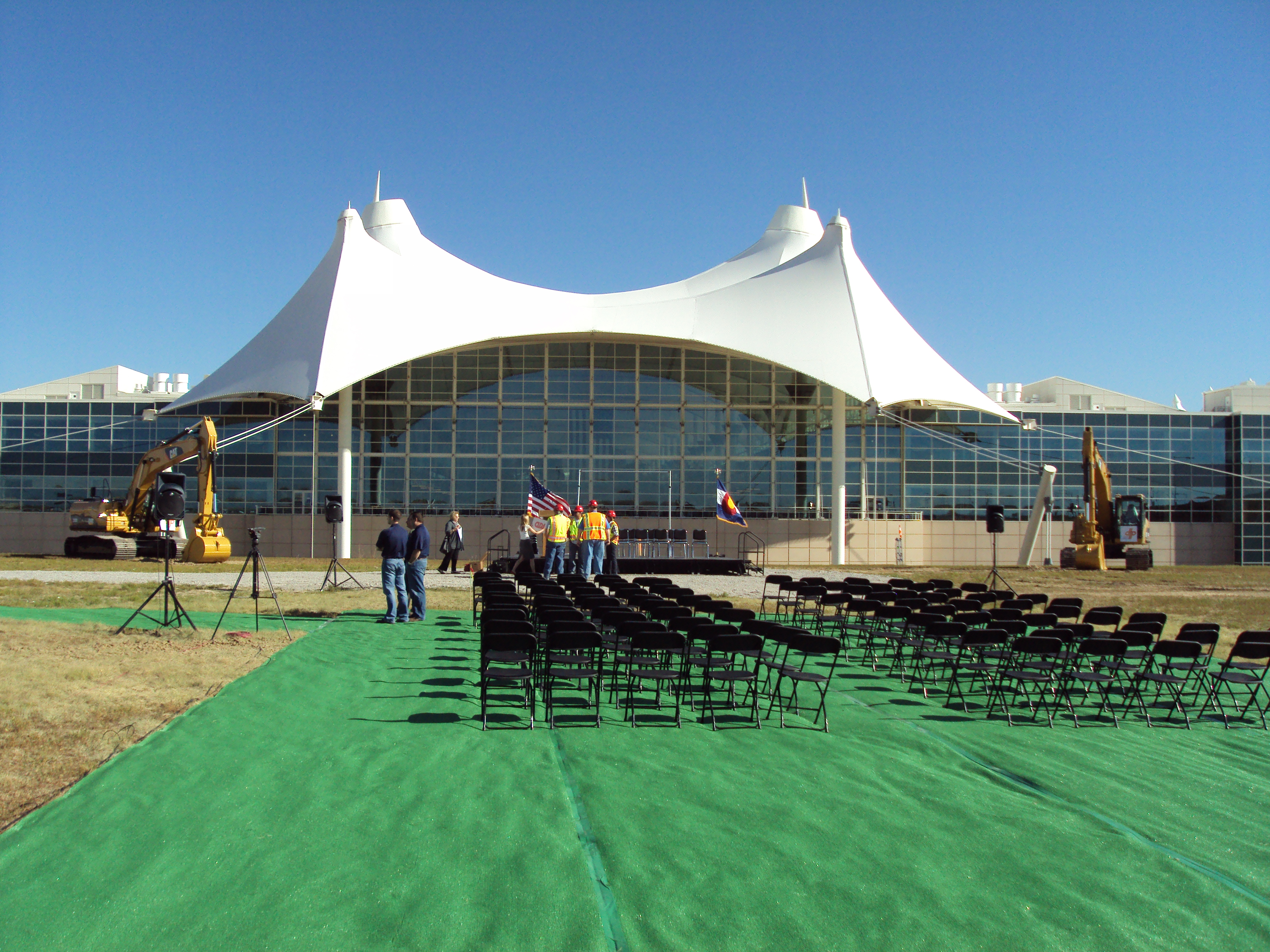 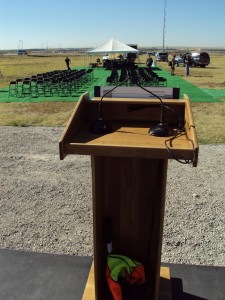 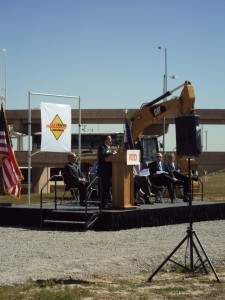 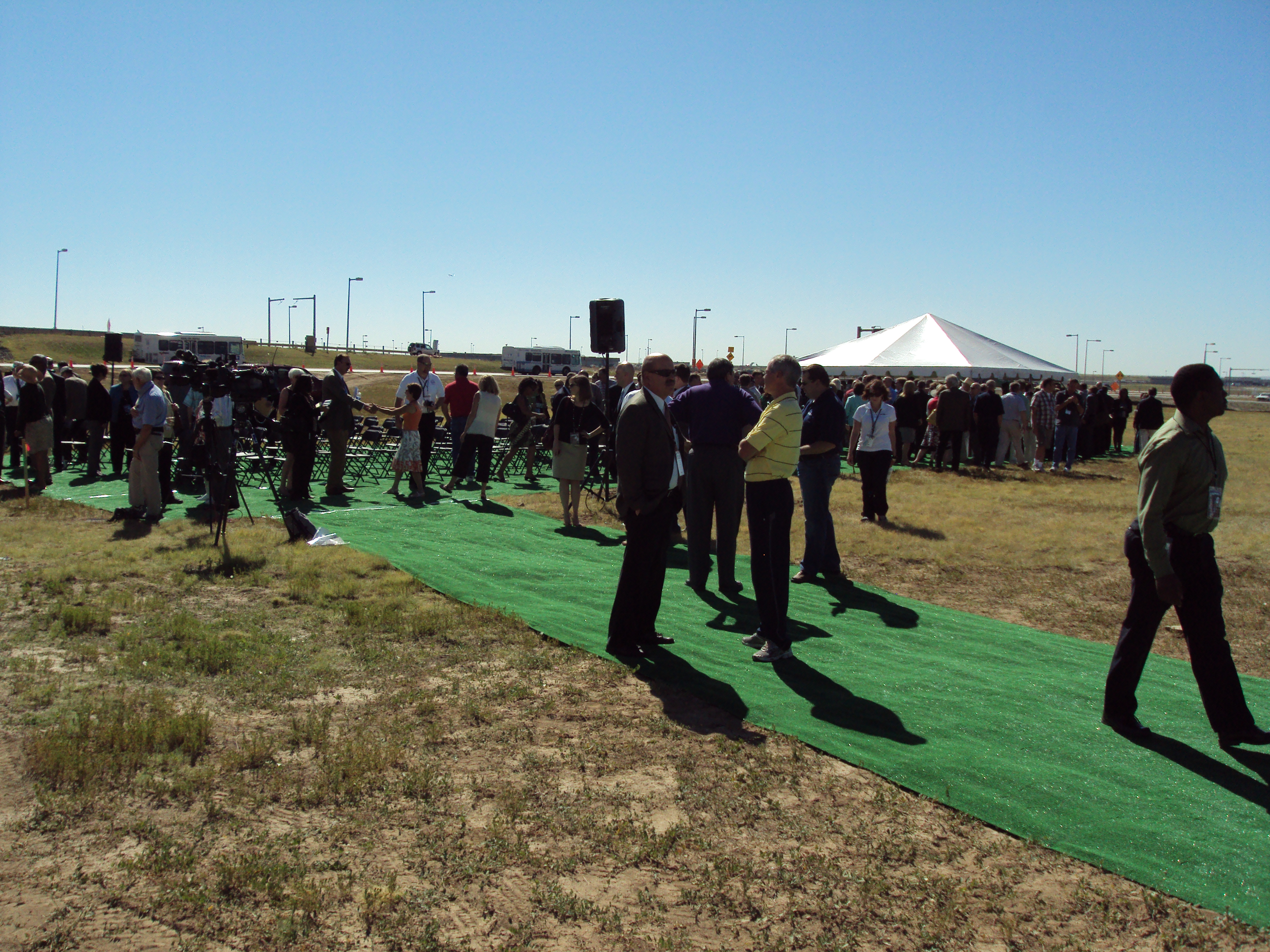 The East Corridor will cost about $1 billion , the most expensive (but not the longest) in the FasTracks network. Construction activities such as utility relocations will be occurring over the next few months along the corridor with major construction activities getting underway about this time next year. The corridor will be open for service in early 2016. As mentioned in an earlier post, the project is expected to create about 5,000 jobs (directly and indirectly) during the height of construction in 2012-2013.

RTD and DTP had a pretty cool setup to avoid the awkward and cliché “golden shovel” routine at groundbreakings—they had 6 backhoes lined up behind and around the main stage to officially kick off construction. That made for a very cool background and photo opportunity as well! 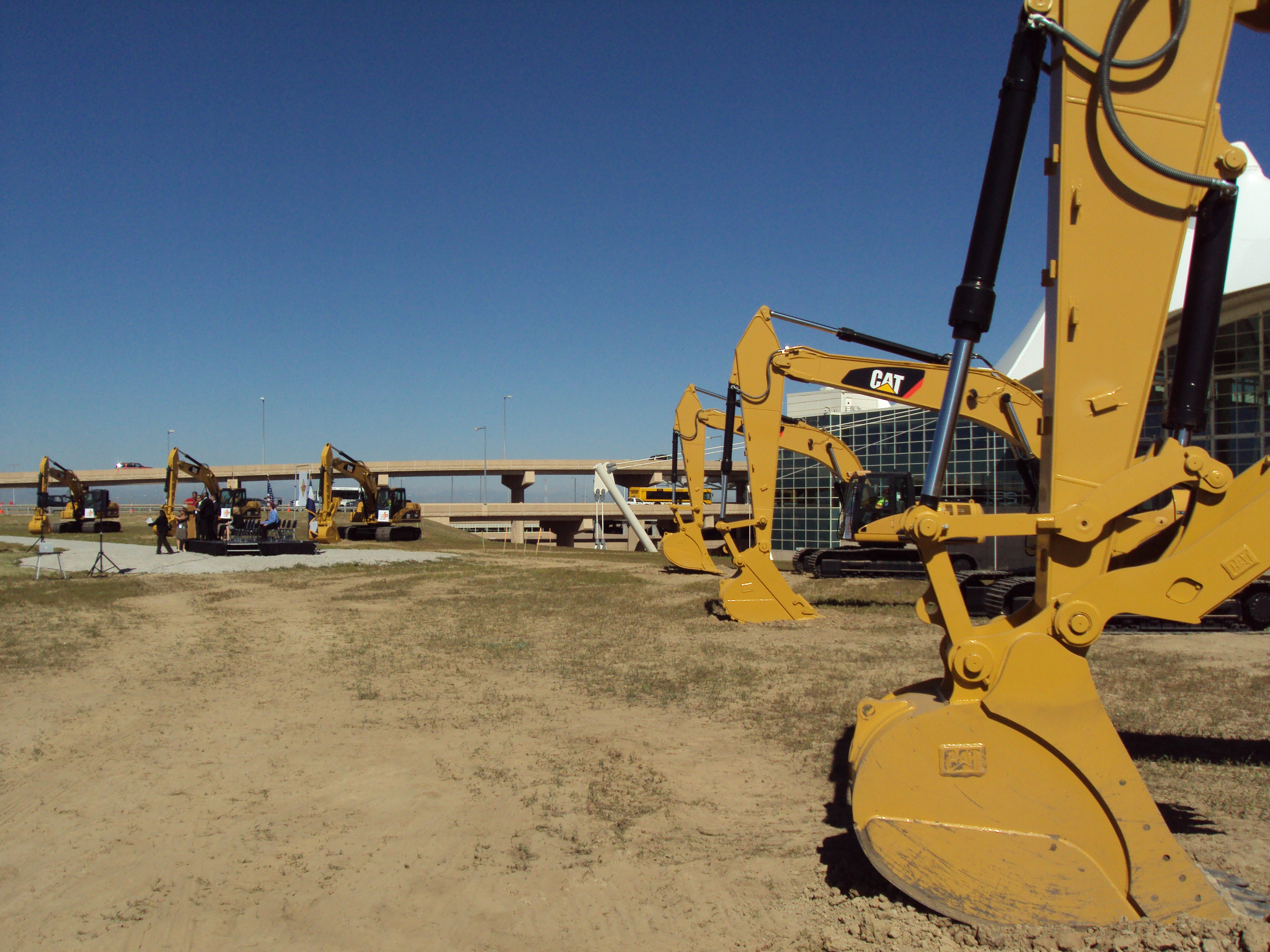 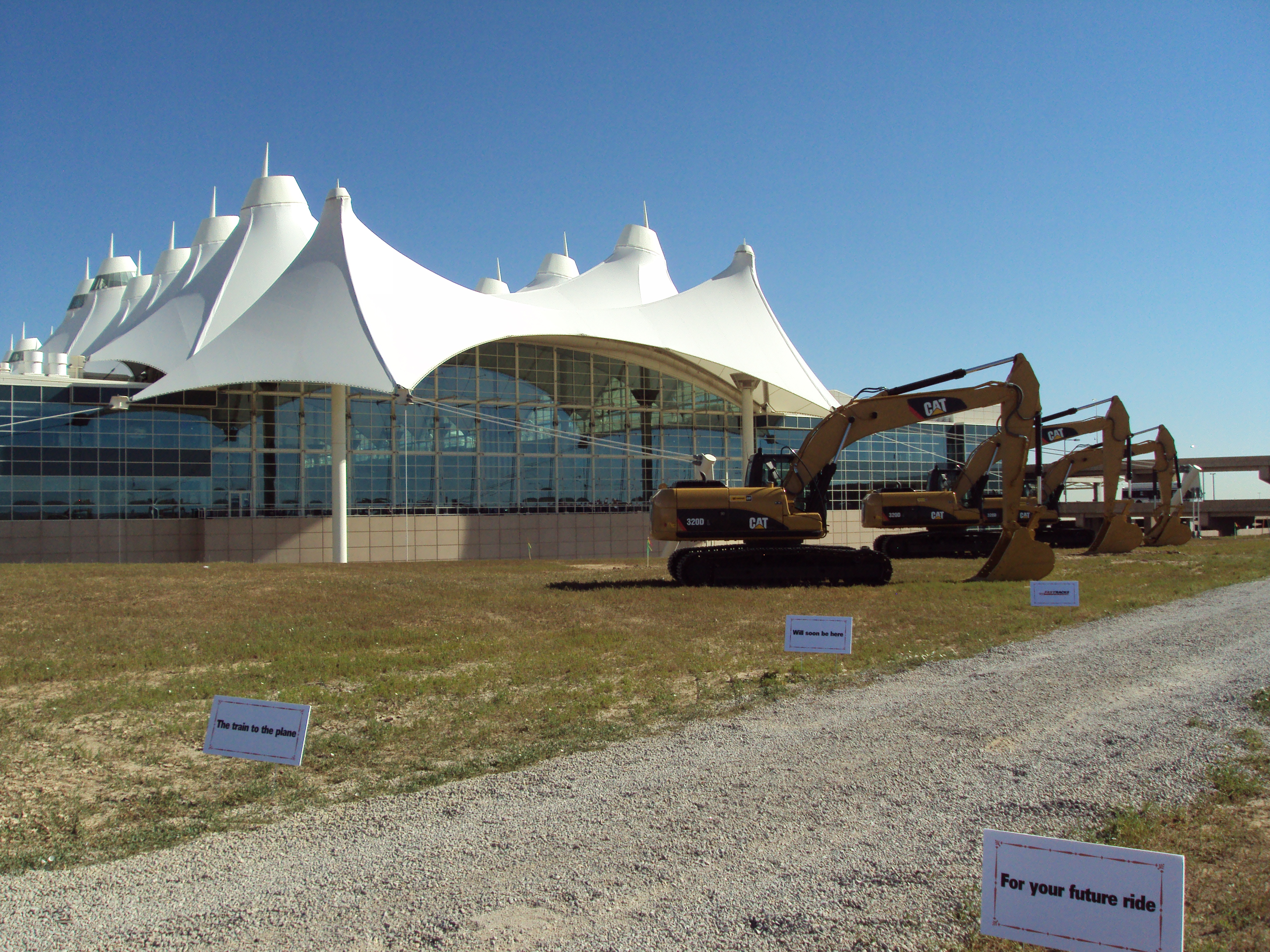 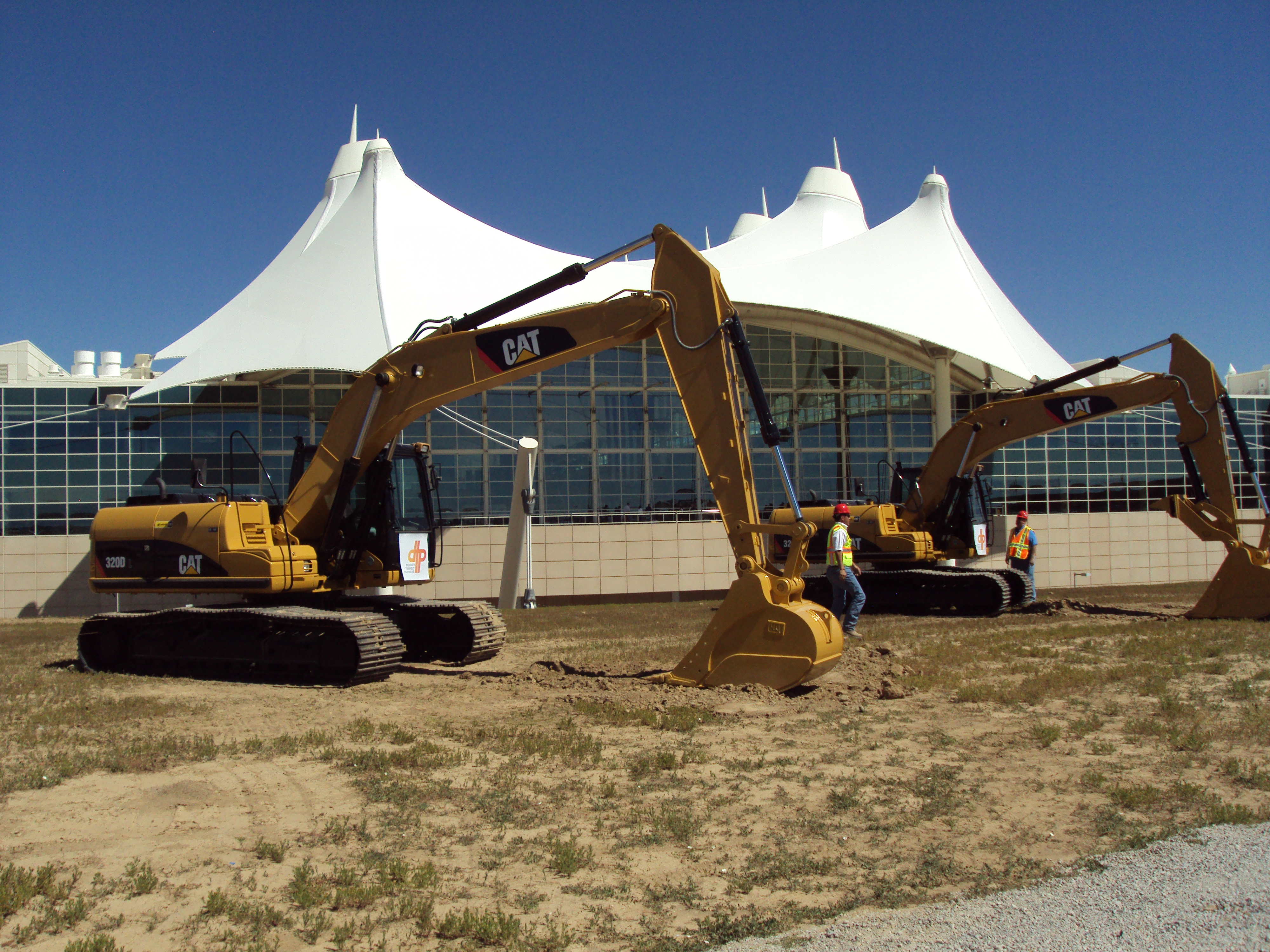 It’s great to see more progress on FasTracks—especially to see the corridor that most people talk about finally get underway. Plans for a train between DIA and downtown were drawn up along with the airport 15-20 years ago—better late than never!