This may be one of the final updates on this project as it is almost complete. We will take a more detailed look at the building in this update to give you more of an all around view. This is the first project that kicked off the South Lincoln Redevelopment and there are more projects to come in this area.

First off, we will be looking at the front from Osage Street. This building has great street presence and is the tallest in the surrounding area. Given the master plan of the project, more buildings of this scale will add a great urban density feel to the area. The facade also catches the eye as each floor doesn’t line up with the other. It adds a neat effect when looking at it. 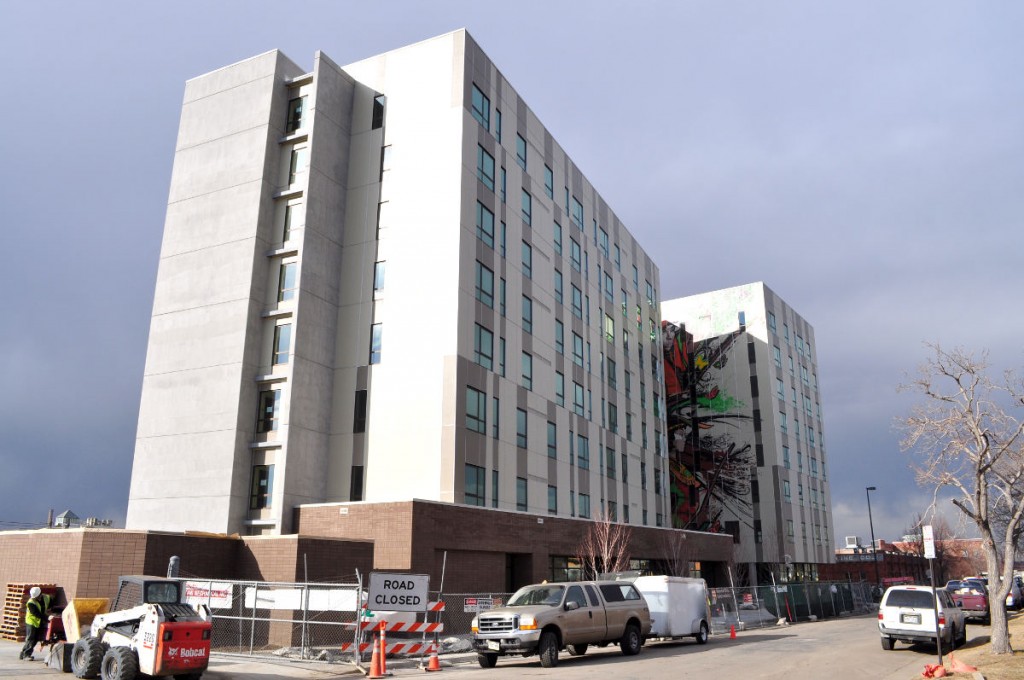 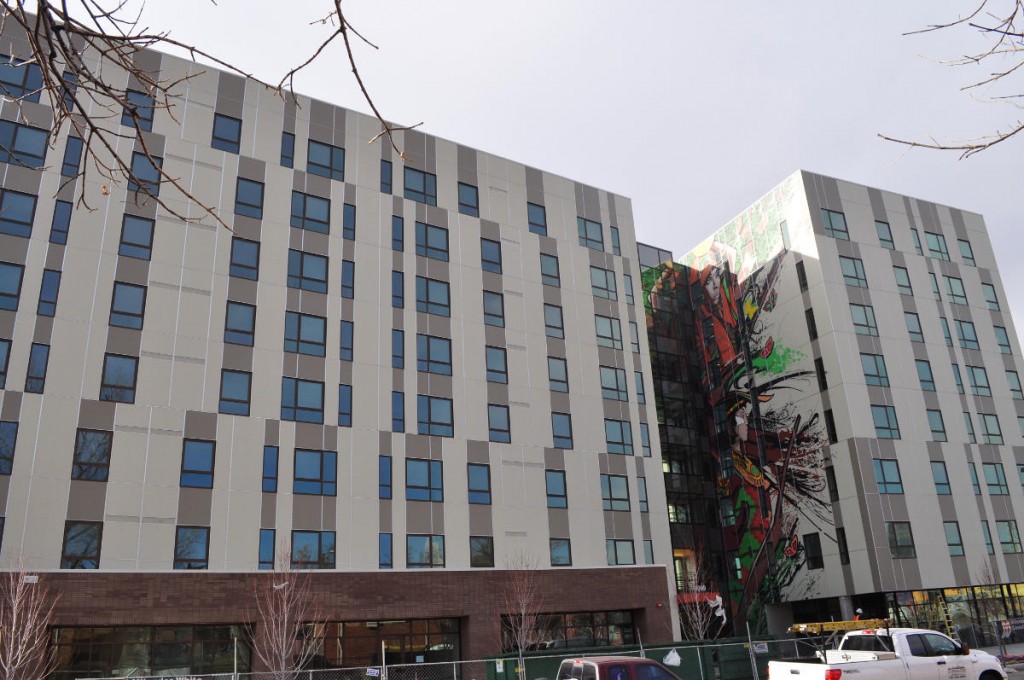 Looking closer at the building itself, you have a great glass wall at the entrance and some very colorful, ‘urban’ art that crawls up the entire length of the building. This is something I didn’t expect when I went to take pictures. It really makes this building stand out even more, in a positive way. 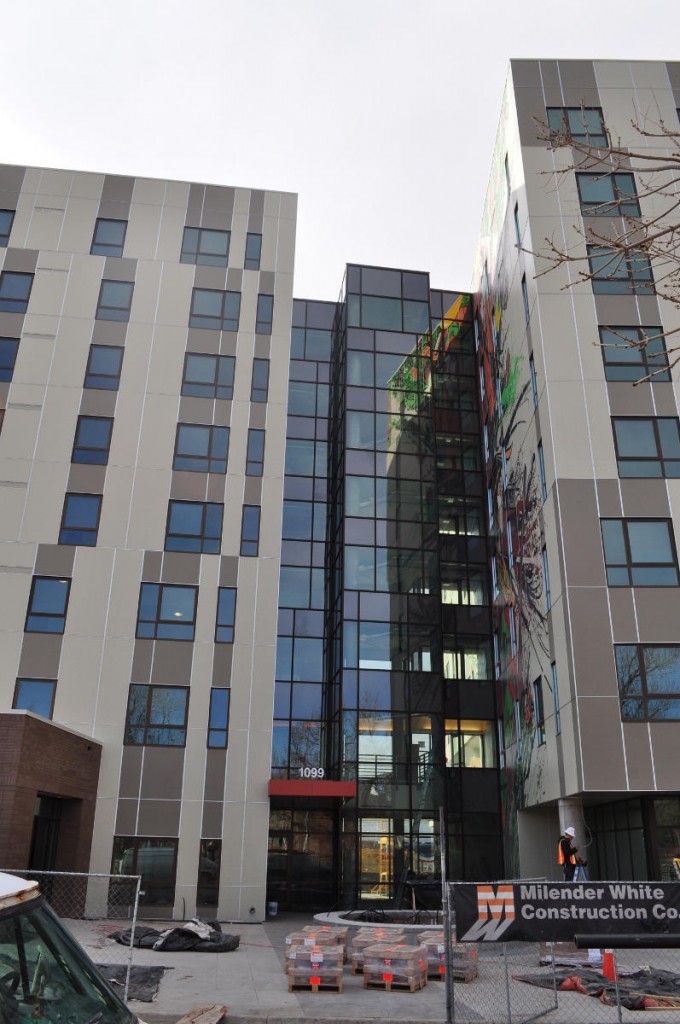 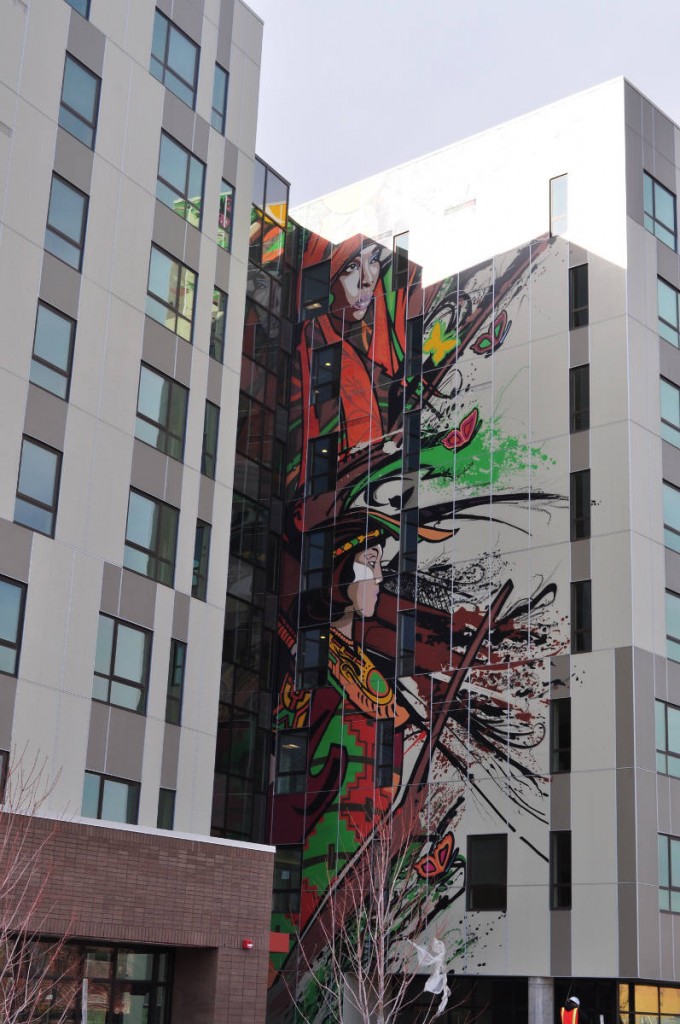 Now to the back of the building. On the left, you’ll see that the artwork continues. This was taken as far back as possible; from the 10th and Osage lightrail station. Nevertheless, I found a way to get to the back so we can take a better look. On the right you see the building in the background of the train tracks. This is clearly dominating the area even being only 8-stories. 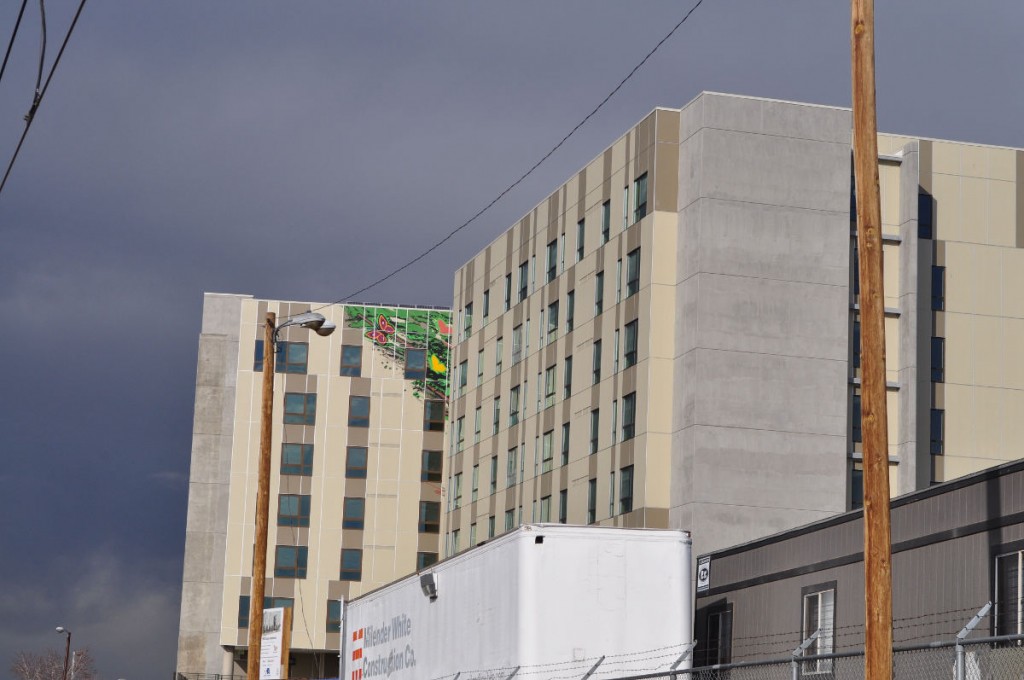 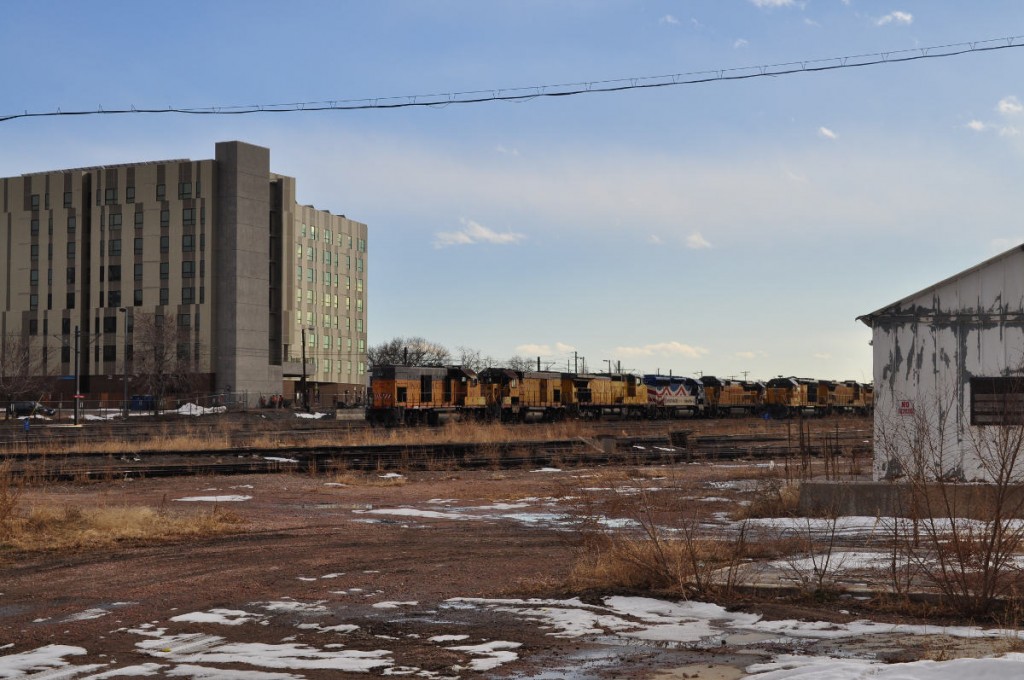 The back looks a lot like the front. I was able to get a closeup of the art on the back which, in contrast, is very different from the front. As it still catches the eye, it is a lot harder to see because of the tracks behind the building and the limited accessibility to get behind the building. 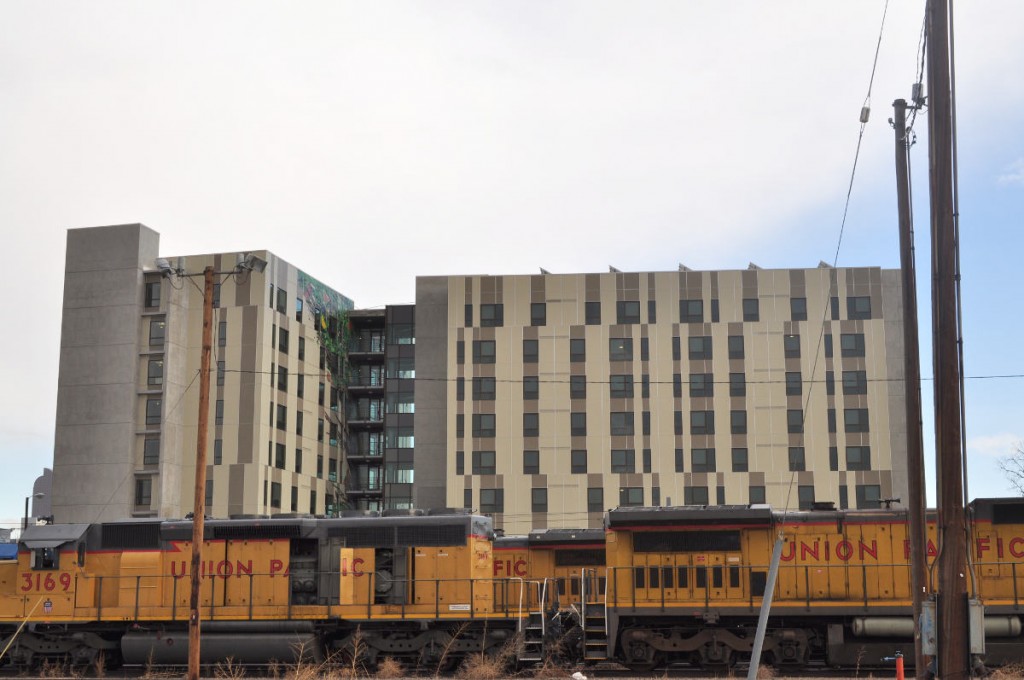 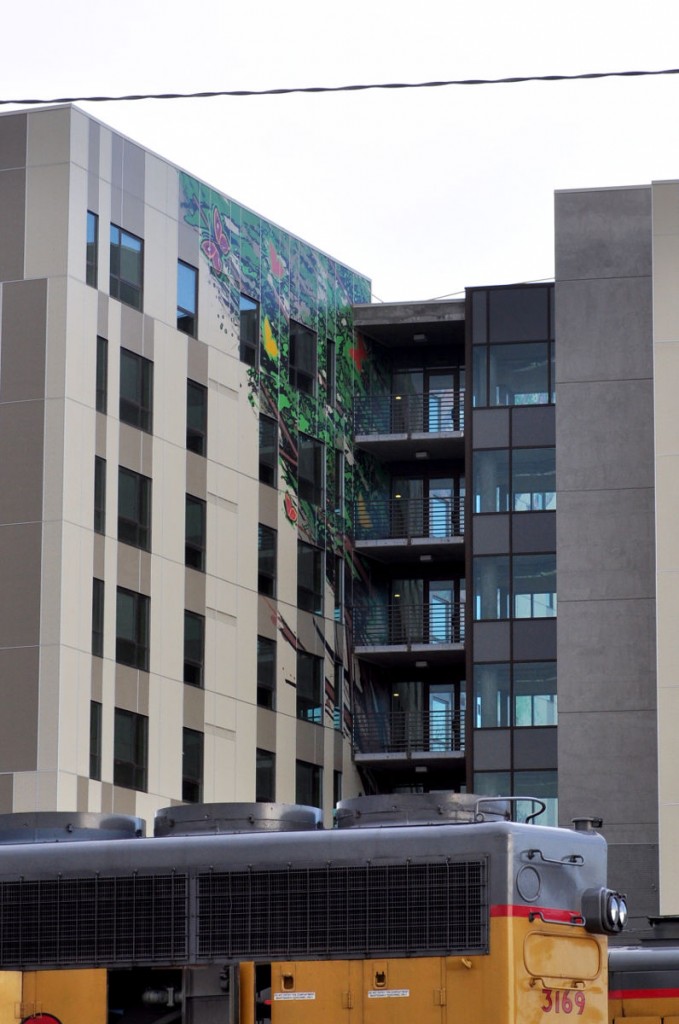 As the South Lincoln Redevelopment continues, I share with you this last picture which I took to show you the density of the area around 1099 Osage. For now it is only one 8-story building but there will be much more going in around it which is very exciting for this downtown neighborhood. On a side note, those slanted rectangles on the top are solar panels which is a huge win for any new development. 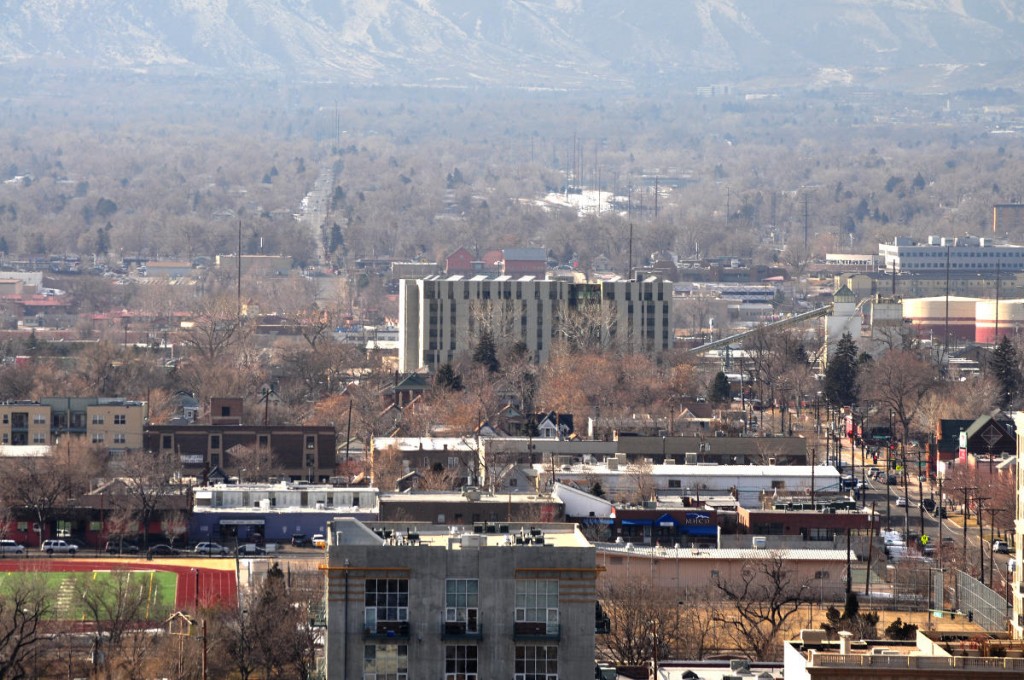