White Lodging, a national hotel developer based out of Merrillville, Indiana recently announced plans to construct a 21-story hotel at the corner of 14th Street and Glenarm Place in Downtown Denver. White Lodging also developed the Embassy Suites Downtown Denver/Convention Center hotel at 14th and Stout that opened in late 2010. The new project will be located across the street from the Denver Athletic Club and next door to the small but historic Colorado Press Association and Denver Press Club buildings. Here’s a Google Earth aerial where I’ve outlined the project location: 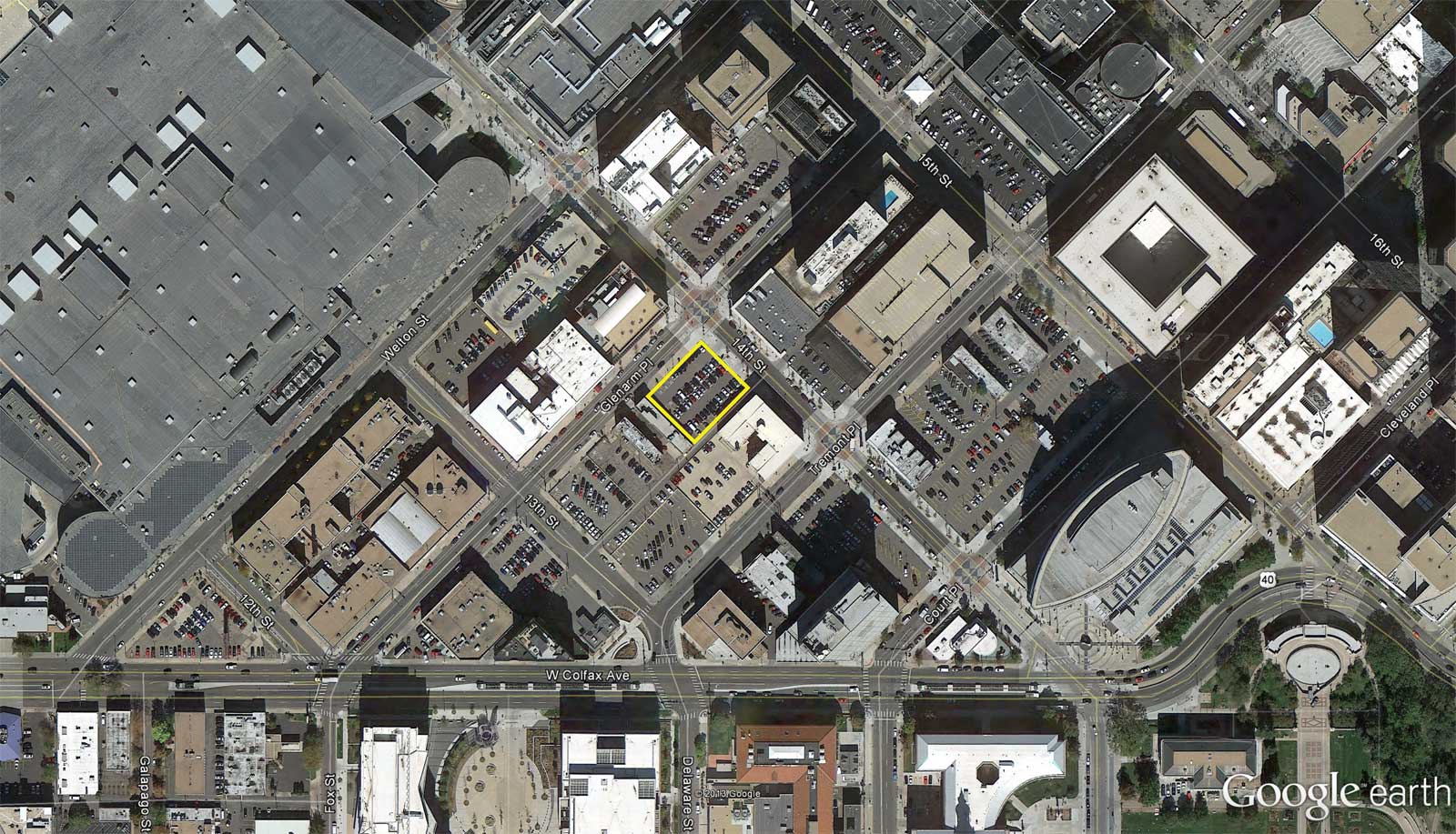 The project will be a dual-branded Hyatt Place and Hyatt House property, with a total of 346 rooms. While an official rendering of the project is not yet available, here is a site plan the developers recently submitted to the city as part of the development review process: 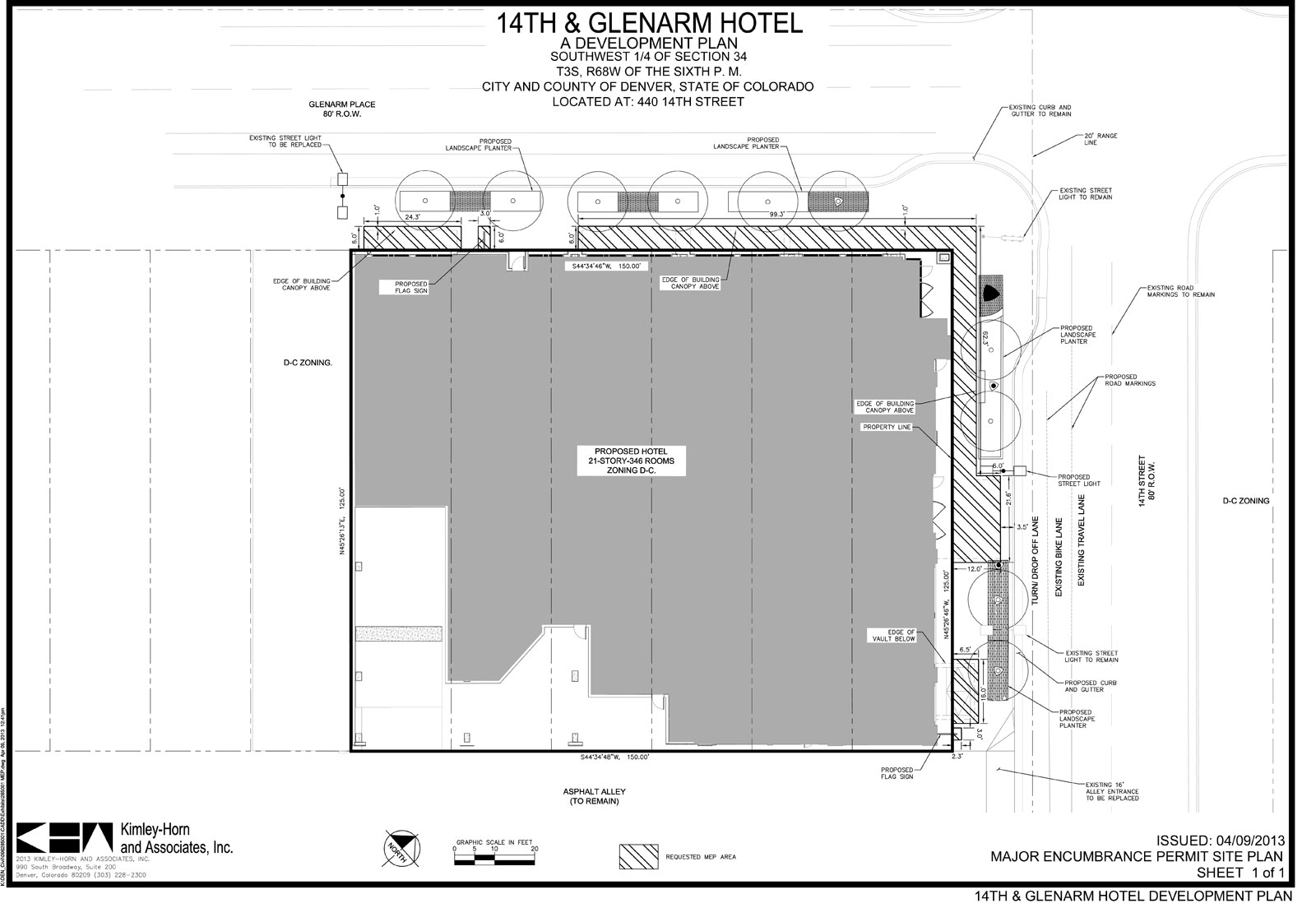 What this site plan tells us is that the hotel’s main entry will be off of 14th Street, with a drop-off/valet lane to the right of the bike lane, similar to the condition at the Hotel Teatro at 14th and Arapahoe. Also, the streetscape will be upgraded in front of the tower to include the enhanced 14th Street landscaped planters, plus additional streetscaping along Glenarm and sidewalk canopies along both 14th and Glenarm, which will greatly improve the pedestrian environment.

This project is significant not only for the fact that it is a new 21-story tower in Downtown Denver, but also that its location is in a part of Downtown—sometimes referred to as the Silver Triangle—that hasn’t seen a lot of private-sector development in many decades. This project represents the expansion of developer interest into a part of Downtown ripe with development potential. 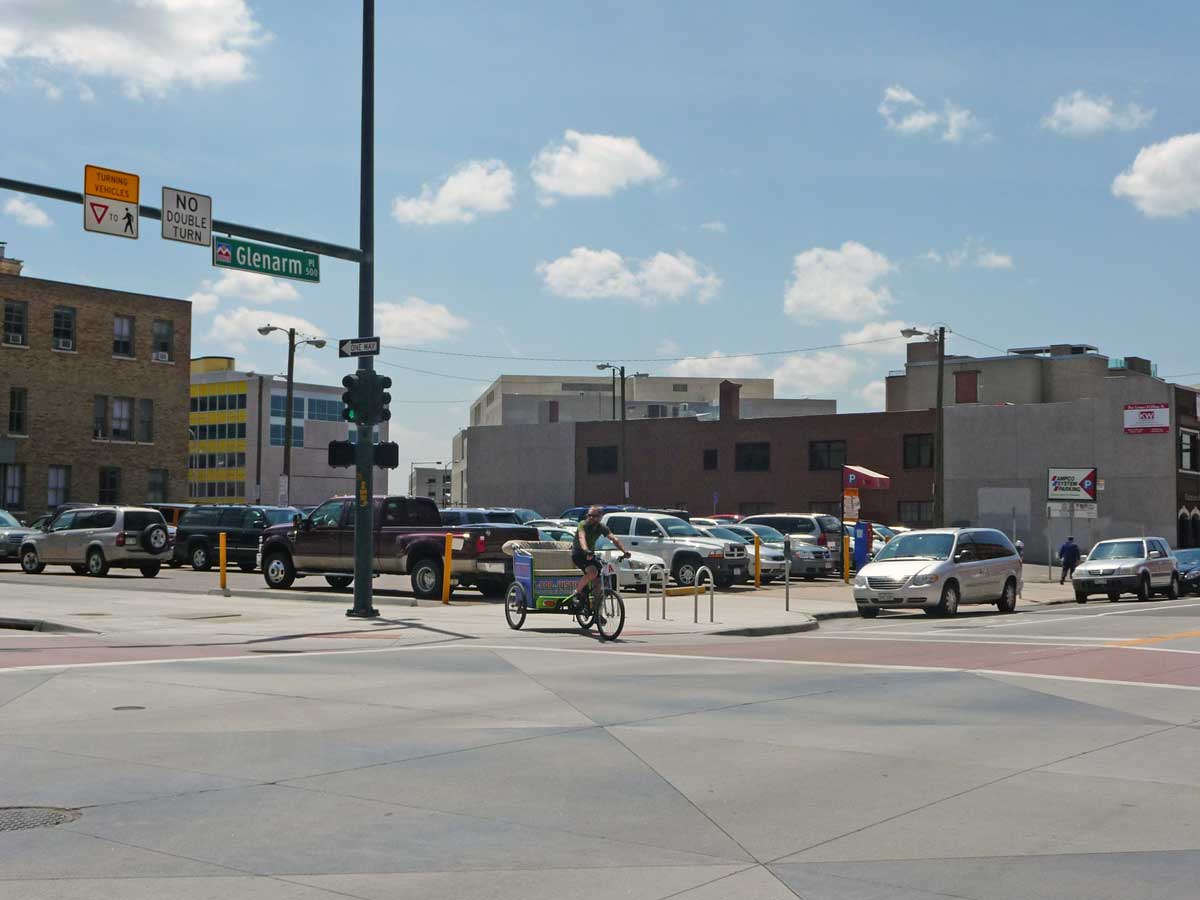 According to White Lodging, construction will begin late this year and be completed by Spring 2015.

This is great news for Downtown Denver! We will keep you posted as the project works its way through the development review process with the city and when official renderings of the tower are available.