When the Denver Art Museum’s Hamilton Building opened in 2006, occupying the east half of the block bounded by W. 13th Avenue, Acoma Plaza, W. 12th Avenue, and Bannock Street, the west half of the block featured nondescript buildings and parking lots—the only exception being the nice historic building at the corner with W. 12th Avenue. In 2012, the Clyfford Still Museum cleaned up the northern half of that side of the block, and now the remaining vacant parcel on the block is being developed. Here’s the site in question: 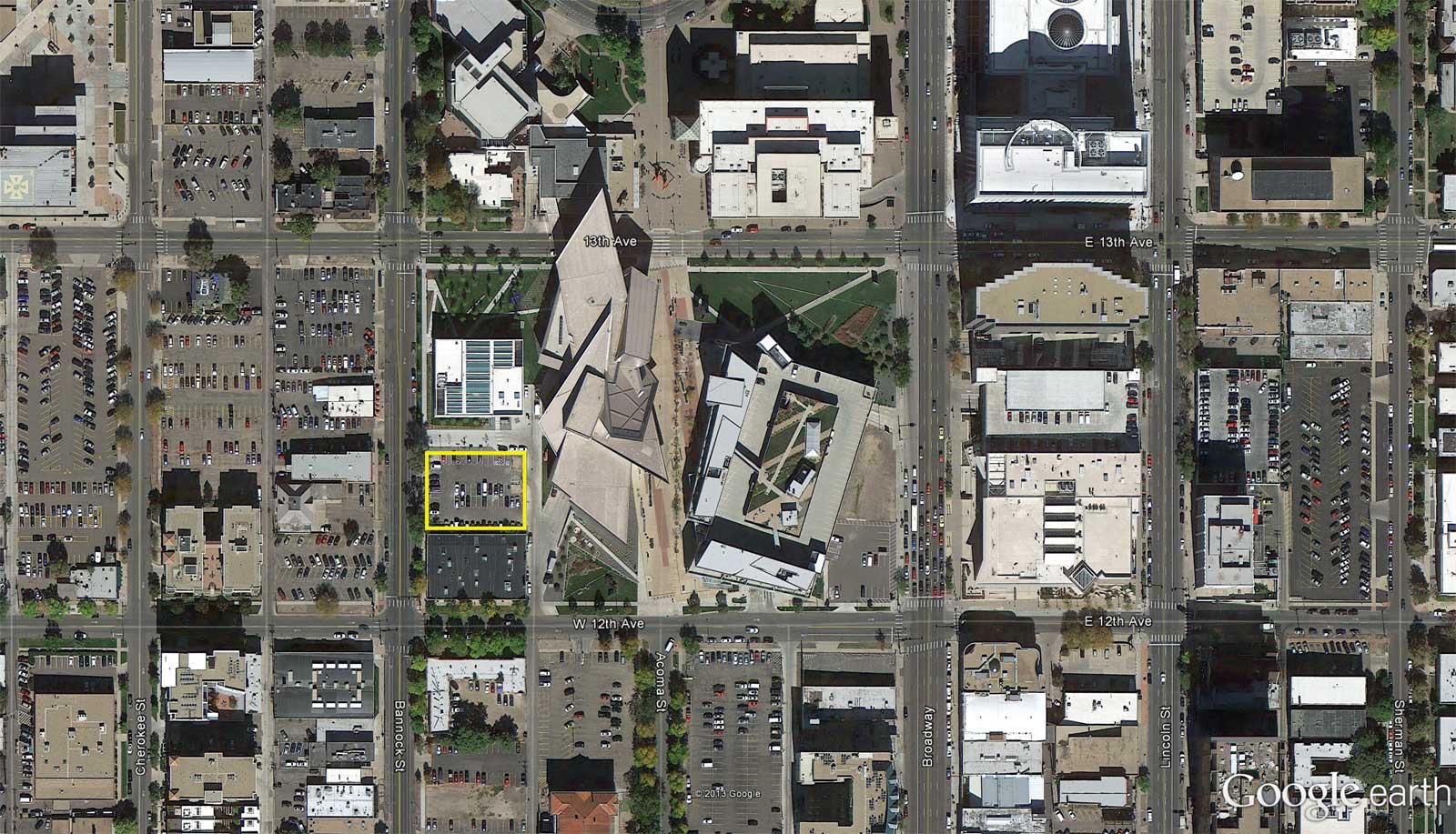 Recently, the Denver Art Museum began construction on their new 50,000-sf administrative office building that will house 100 museum employees, a research library, and a 9,000-sf storage area for museum collections that will free up space in the museum’s North building for additional exhibit space. The project is designed by local architects Roth Sheppard. Here’s a rendering of the project from the Roth Sheppard website: 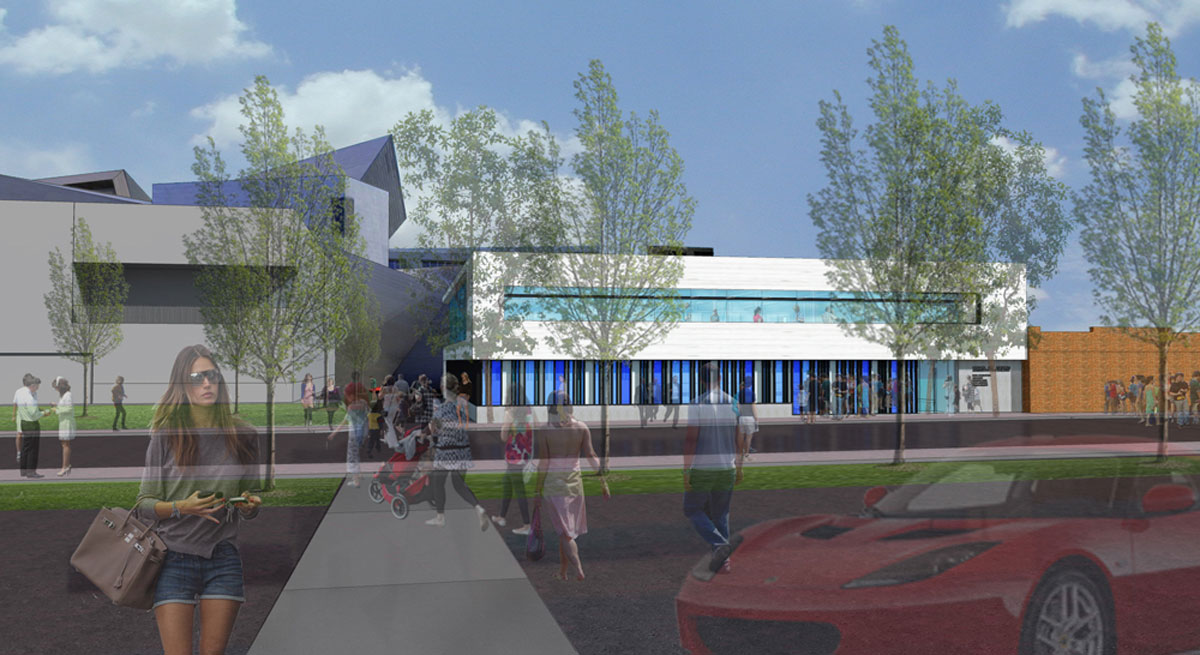 The two-story building’s design takes its architectural cues from the Clyfford Still, rather than Libeskind’s Hamilton Building, by taking a minimalist, horizontal approach. The ground floor will feature folded glass panels. Here’s a site photo I took yesterday: 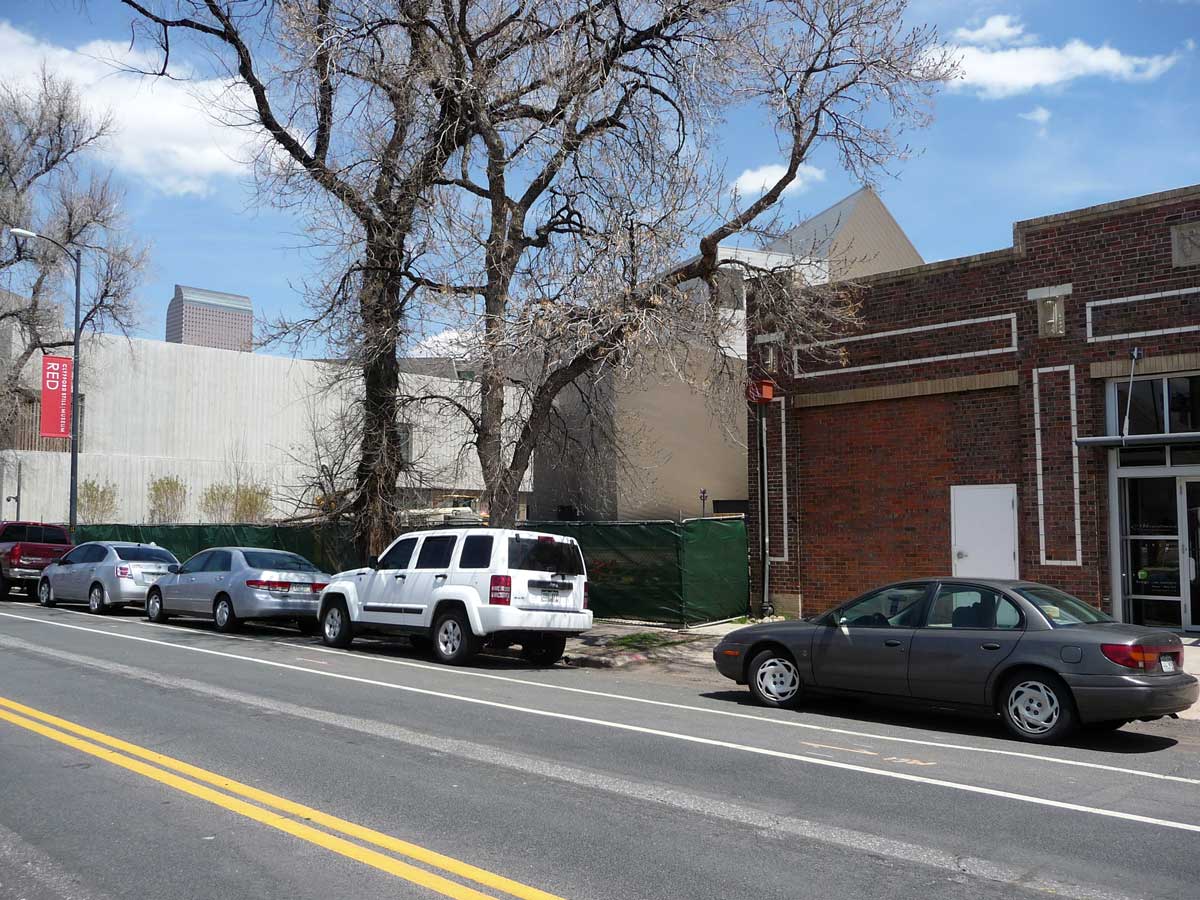 The new building is scheduled to be finished by Spring 2014.