Earlier this month, on DenverUrbanism, we reported that the lighting on the new Commuter Rail train hall canopy was being tested. We weren’t entirely sure if the lighting would be on every night or if we had to wait until the Union Station project was complete. The answer is, the train hall appears to be lit up every night.

I recently took a little photo adventure and decided to take some photos of the canopy. Needless to say, it is very impressive at night and it looks outstanding. 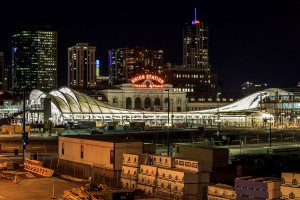 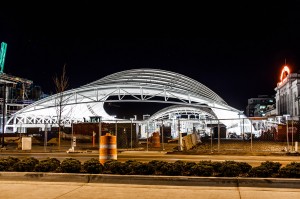 We already know a bunch of infill is going to be built around the the canopy. This will give the train station a great urban feel while still being a very impressive station in between all of the new buildings. Here are some additional shots with The Platform tower rising just to the west of the canopy. 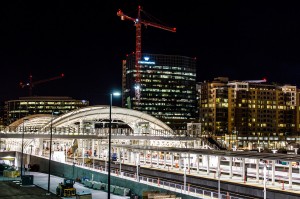 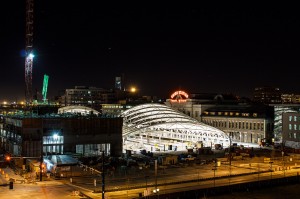 To think, it was just over a year ago we saw the first structural elements of the canopy go up. A lot has happened since then! In case you missed it, make sure you head over to DenverUrbanism for a great in depth tour from inside the canopy!