Let’s start the week off with some new infill! Over the past couple of months, readers have been asking about the hole along York Street between 17th and 18th Avenue. Starting back in September, this project, named The York, went through the review stage with the city and received an approval; Shea Properties promptly started construction. The site had three existing structures (two single story office buildings, and a car repair shop) that were demolished to make way for this new project.

Here is an updated aerial with the project site outlined. As you can see, the new aerials taken for Denver reflect that this project already started in the late summer. 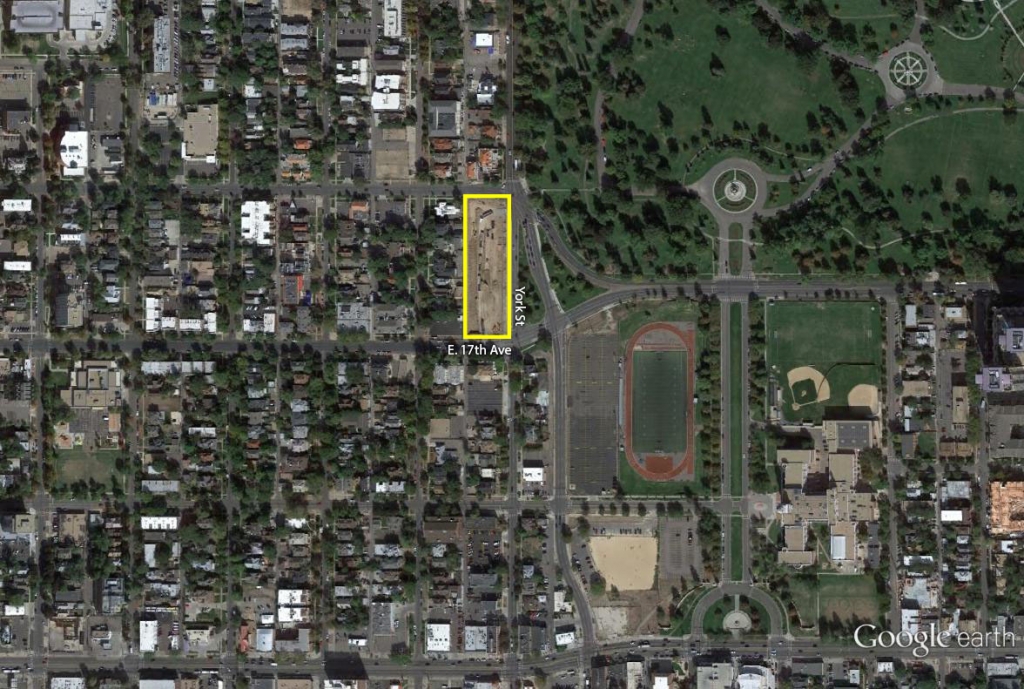 Moving in a little closer, here are some fresh photos of the project from the street level. A large yellow crawler crane now sits on site. 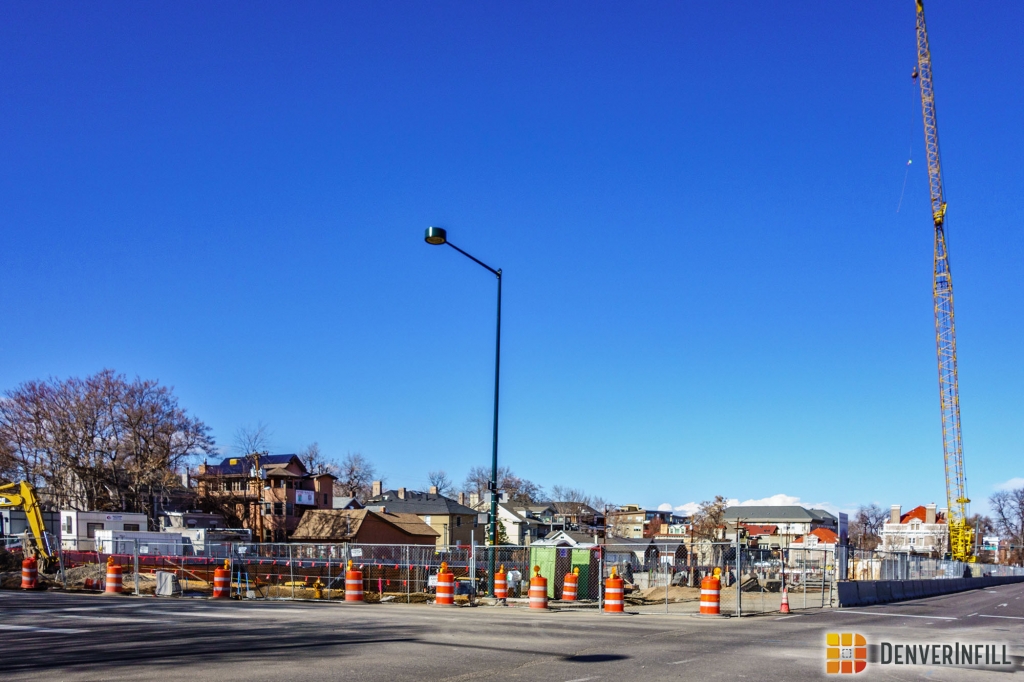 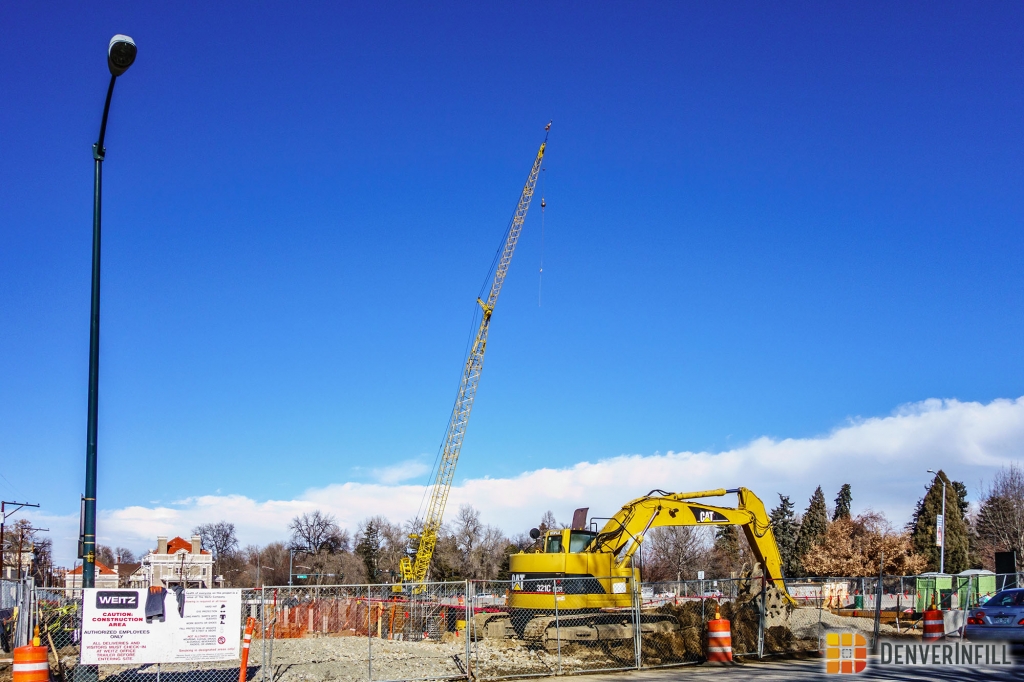 Finally, peeking over the fence, we can see that excavation is well underway with the foundation starting to go in. It will still be a couple months until this project is at street level. 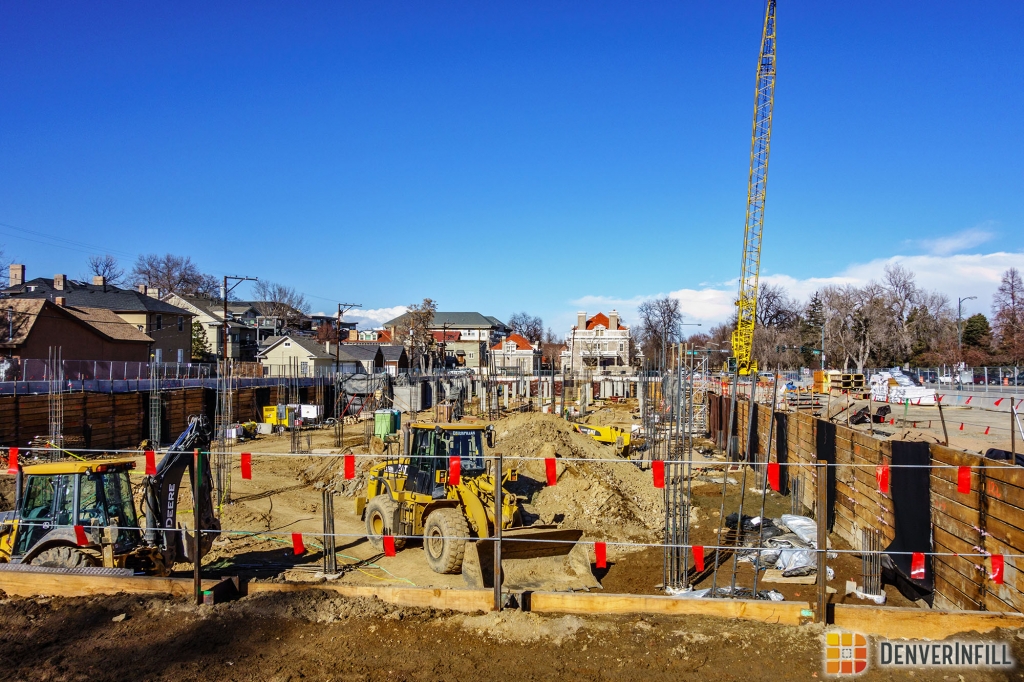 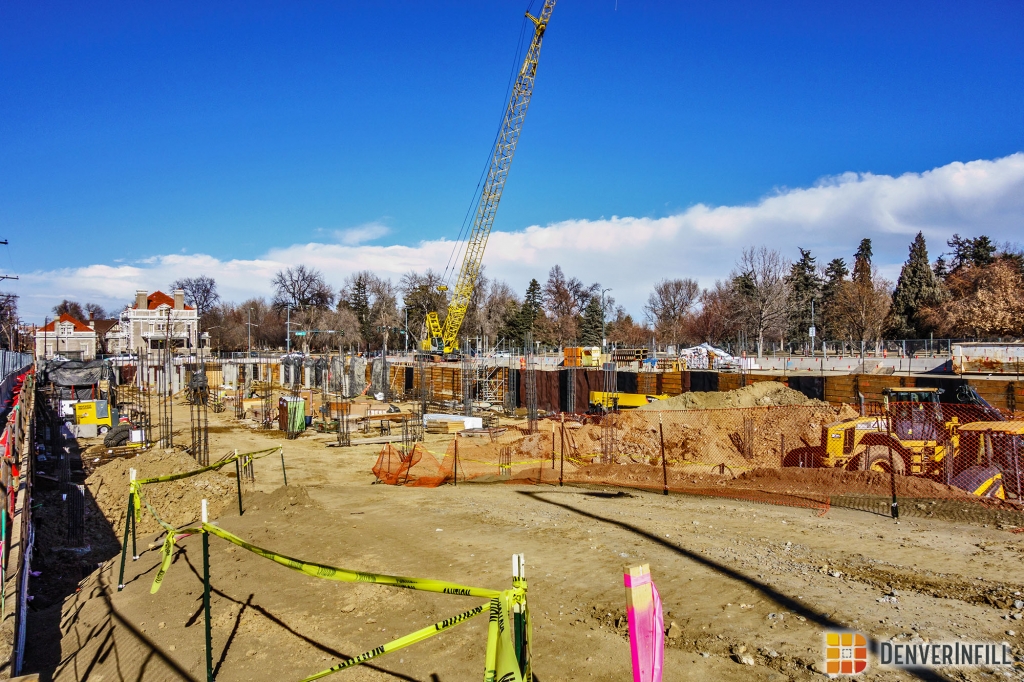 How about some details and renderings? The York is going to consist of 212 apartment units over 237 parking spaces; giving it a parking ratio of 1.11. The project will also feature internal courtyards and several retail units facing the park. Below are two renderings courtesy of Oz Architecture, the designer of this project. The York has very similar features to One City Block over in Uptown. 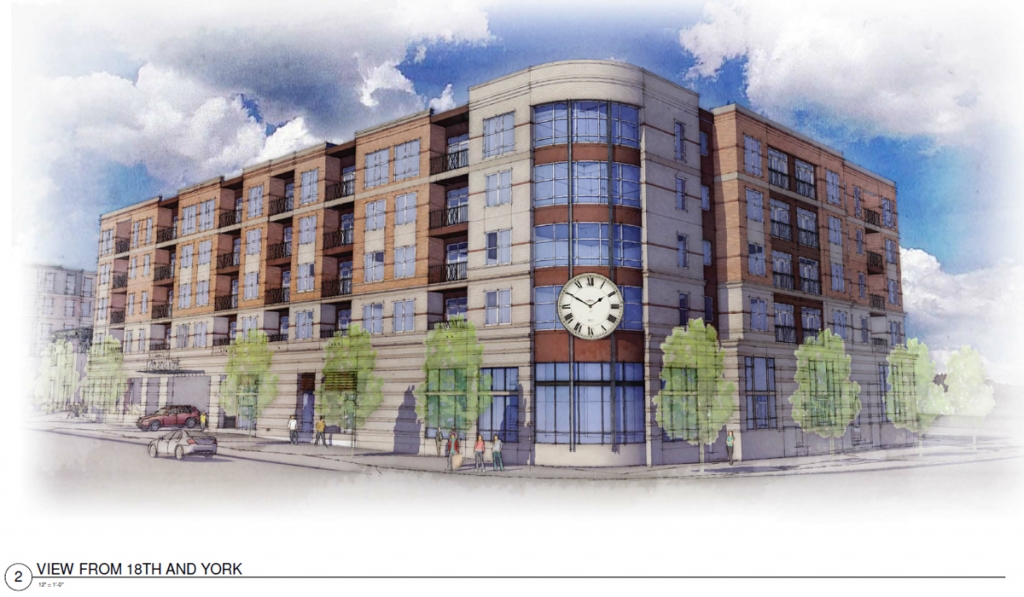 This project adds density to a part of City Park West that is scattered with surface parking lots and single story structures. We will visit this project again once it’s out of the ground!