The 21-story hotel is just a couple of blocks away from the Colorado Convention Center and provides Upper Downtown with 361 rooms. This area of Downtown Denver is riddled with surface parking lots making this project a great sight and breath of fresh air on the street level.

Now to the photos of the completed project, starting out with the street level. Looking up from 14th Street and Glenarm, you are greeted with stonework on the ground floor, a thin glass curtain wall that spans the entire height of the building, and a nicely treated, hidden parking structure. 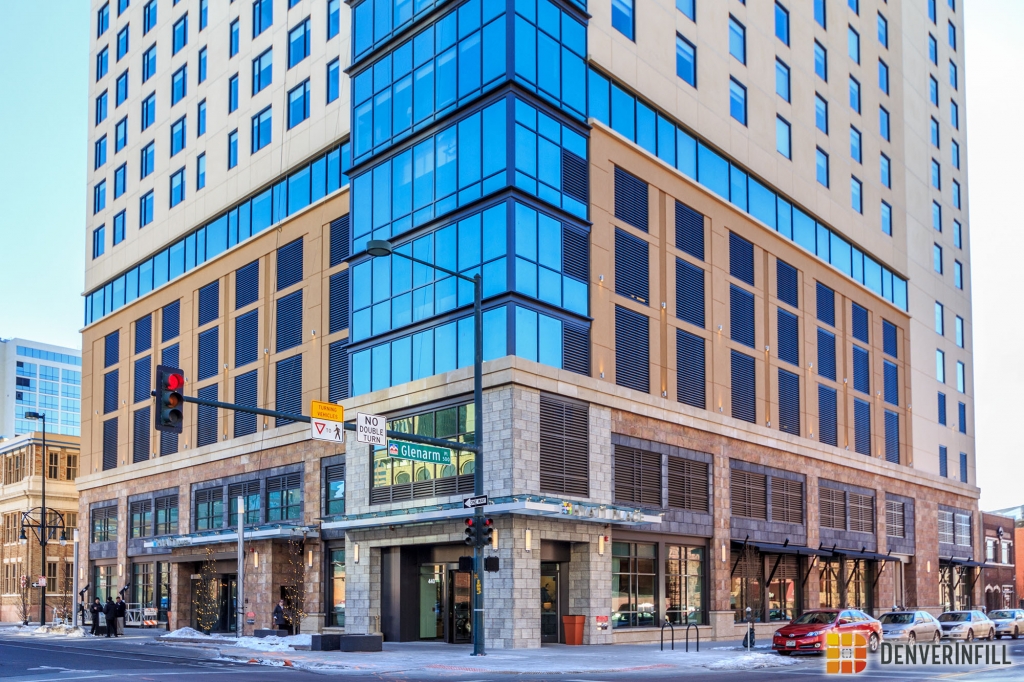 Stepping back a couple of blocks, you can see the glass curtain wall exceeds the roof of the tower and slopes up, making the roof-line visually appealing. Overall, from these angles, this project looks fantastic and provides a great street presence. 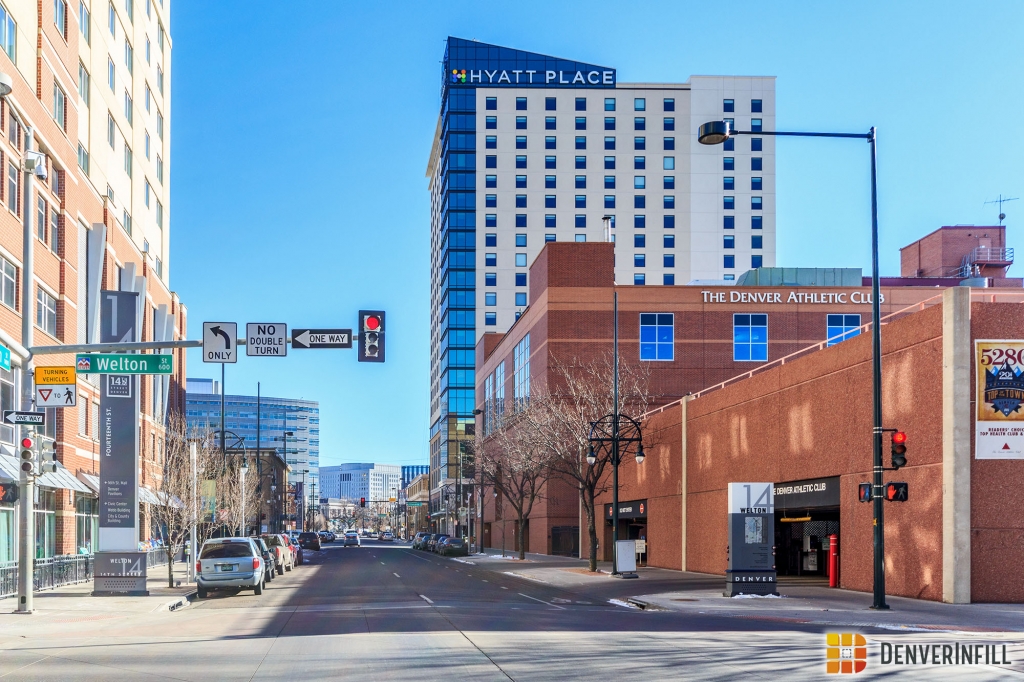 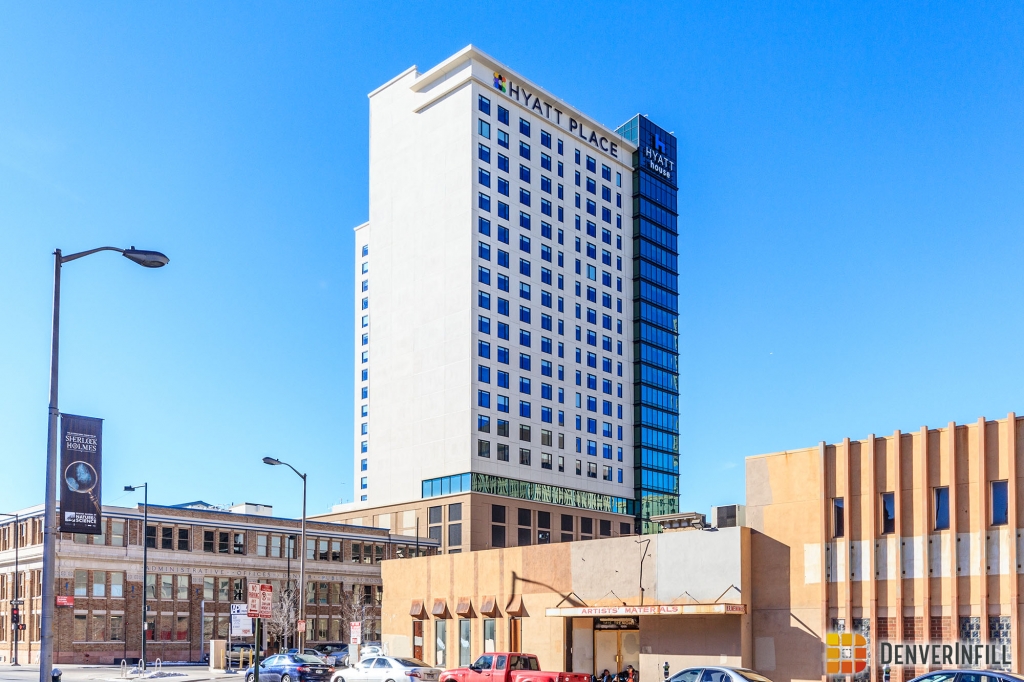 Now let’s address another element of this project that is very prominent: the blank walls. Ken discussed the topic of blank walls in great depth, covering the Le Meridien/AC Hotel project. I recommend heading over to that post for a great read on this topic.

Regardless, this project is complete and the final outcome leaves us with these blank walls. To the southeast, along 14th Street, a blank wall stands next to a historic office building built in 1923. Given the age and historic status of that building, I’m not sure why there is a blank wall; I don’t think 414 14th Street will ever get replaced.

Looking up Glenarm towards Central Downtown, two small structures sit behind the Hyatt with a parking lot further down. A blank wall makes sense here, with hopes the parking lot will develop and cover most, if not all, of that blank wall. A great example of a blank wall that is now getting covered, is over at The Platform in the Union Station neighborhood. 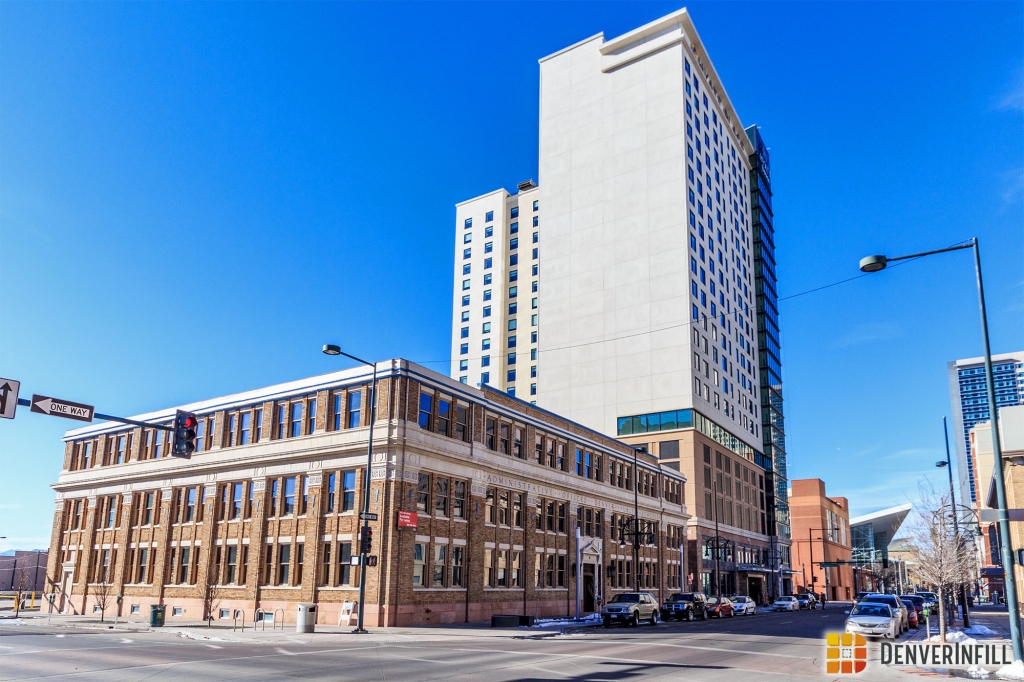 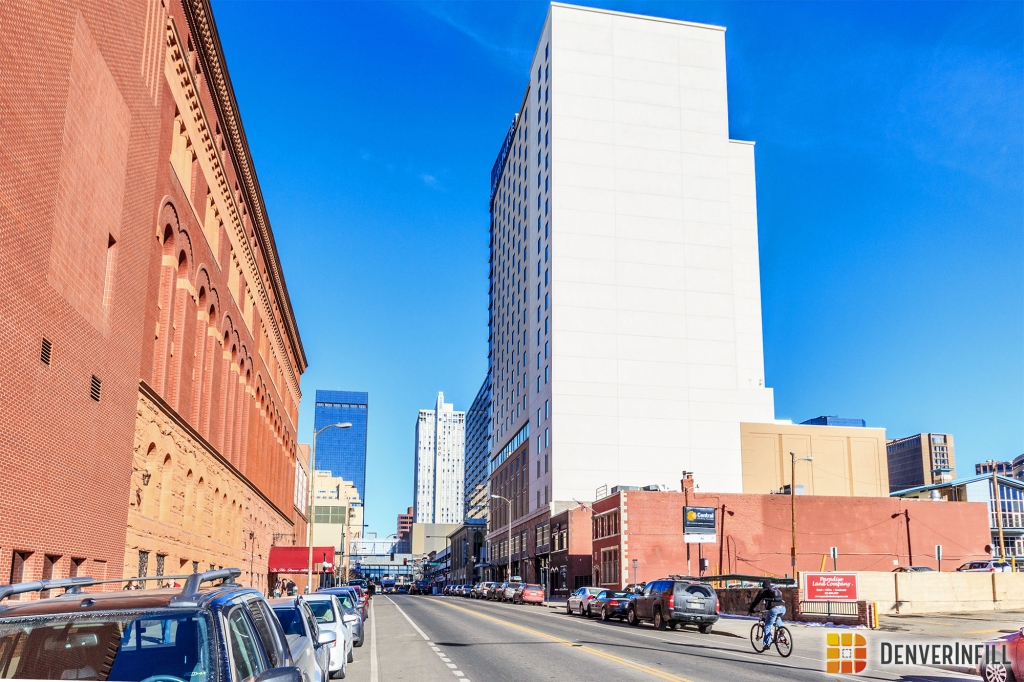 With two very large surface lots on the same block, there is a very good chance at least one of the blank walls will get covered in the next few years. But what about present day, while we are waiting for that to happen? Well, I found a couple of examples…

Last weekend, I visited another city that has a similar mission in their downtown: eliminate surface parking lots and become a dense, pedestrian and transit friendly urban center. There, I found dozens of blank walls next to surface lots and shorter buildings, just like the Hyatt. Since Denver has never had a real problem with blank walls, the subject of treatment has not been addressed whereas in other places, blank walls are a common occurrence. Here are two examples I found, both simple and complex. As I understand giant advertisements are not really Denver’s thing, it is a neat concept. I’m sure an artist here in Denver already has plans for these giant canvases. 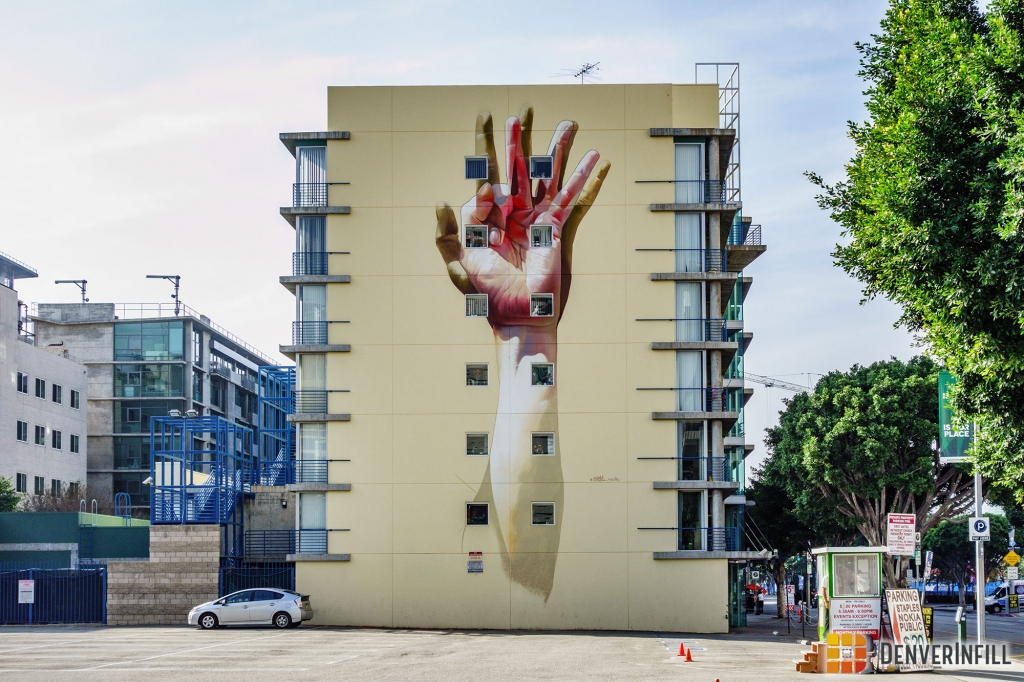 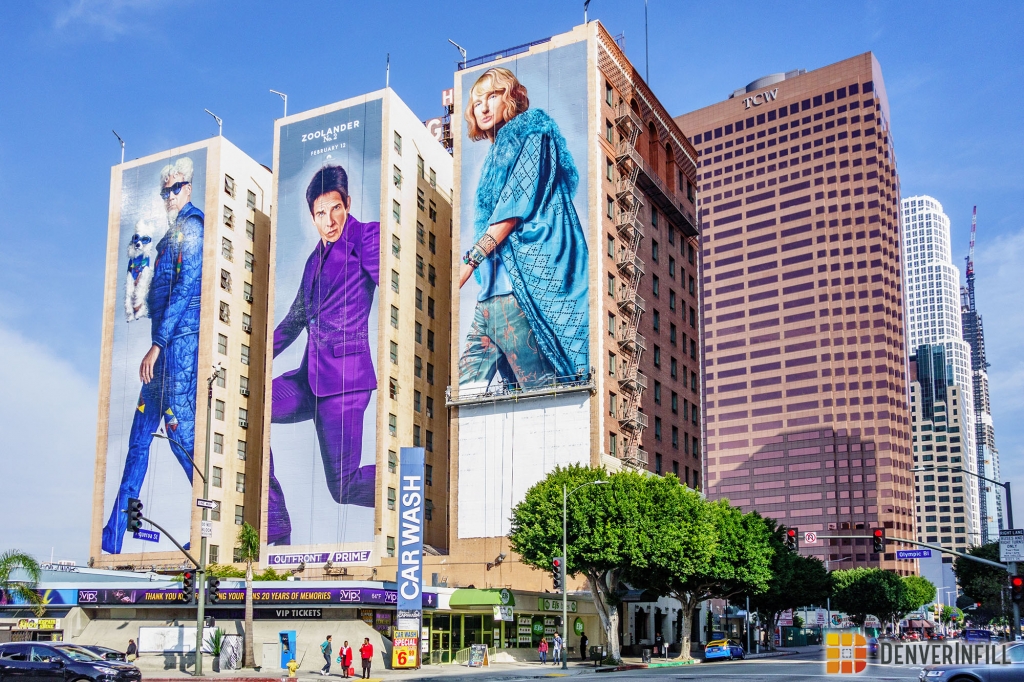 The Hyatt House/Hyatt Place is a great start to adding density to Upper Downtown Denver and activating sidewalks that have been asleep for many years.