As we all know, the A-Line from Denver Union Station to Denver International Airport opened over the weekend. We, here at DenverInfill / DenverUrbanism, took the opportunity to photograph the great new transit line along with the south terminal expansion over at DIA.

Back in February 2012, we provided the renderings for the project but never did any construction updates. Now that this project is complete, it is definitely worth covering.

The signature structure in the expansion is the 500-room Westin Hotel. Resembling wings, or how ever else you would like to interpret it, the 15-story building creates a whole new look for the airport. Here are a few photos looking at it from the new Denver Airport commuter rail station. 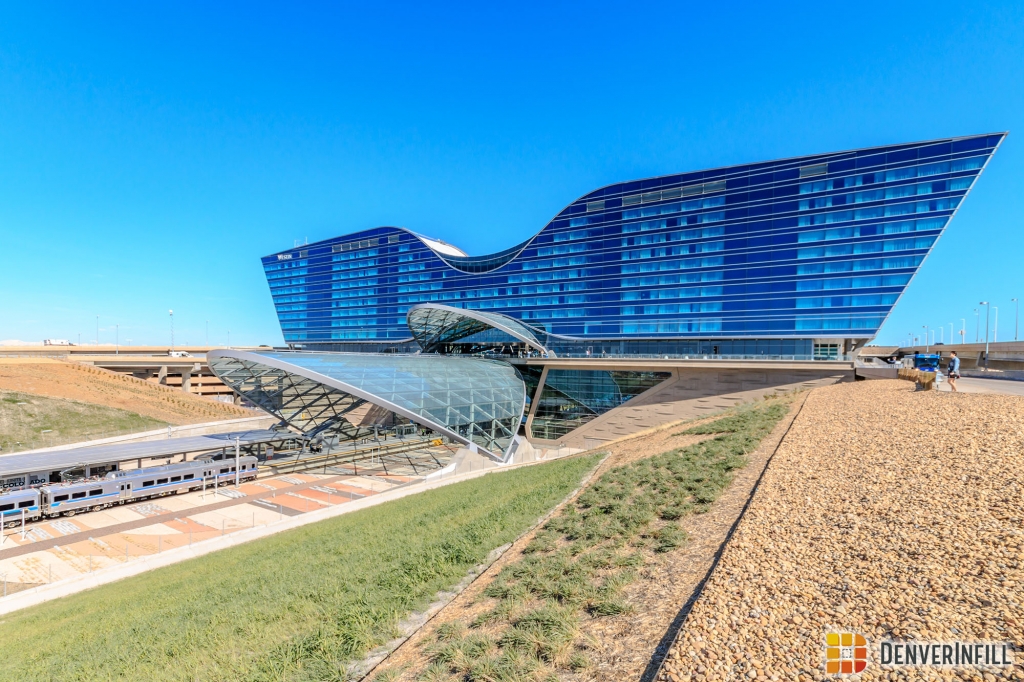 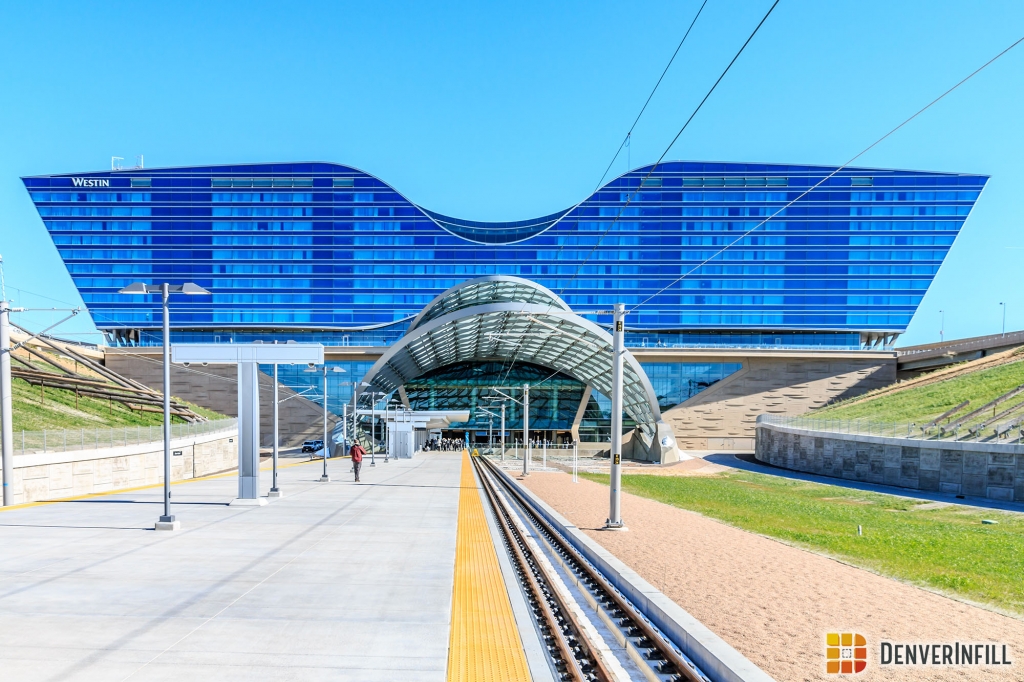 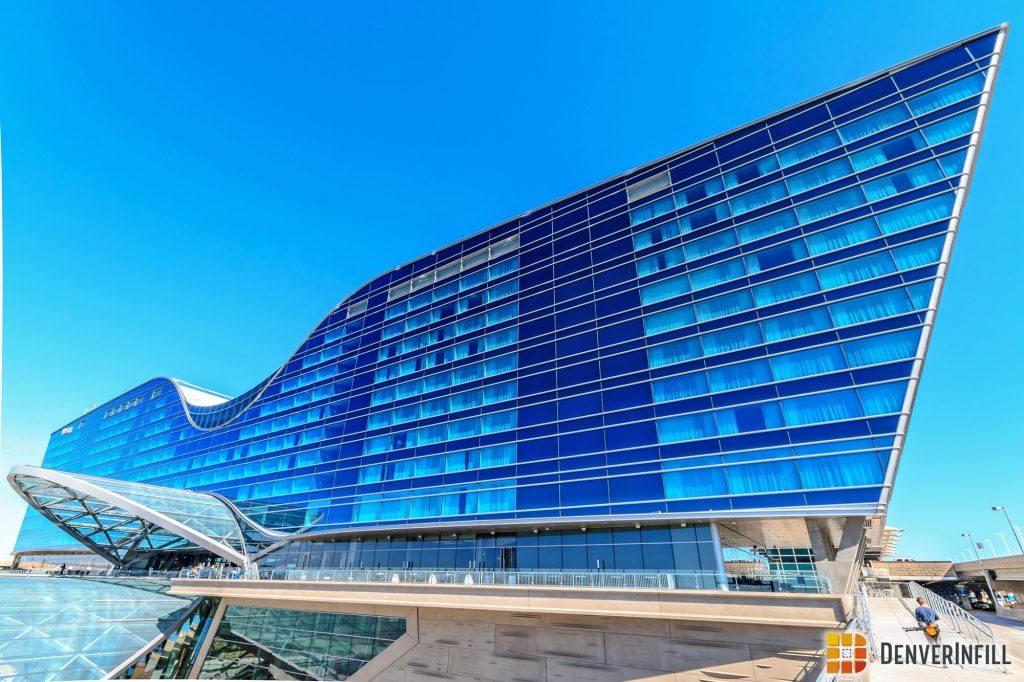 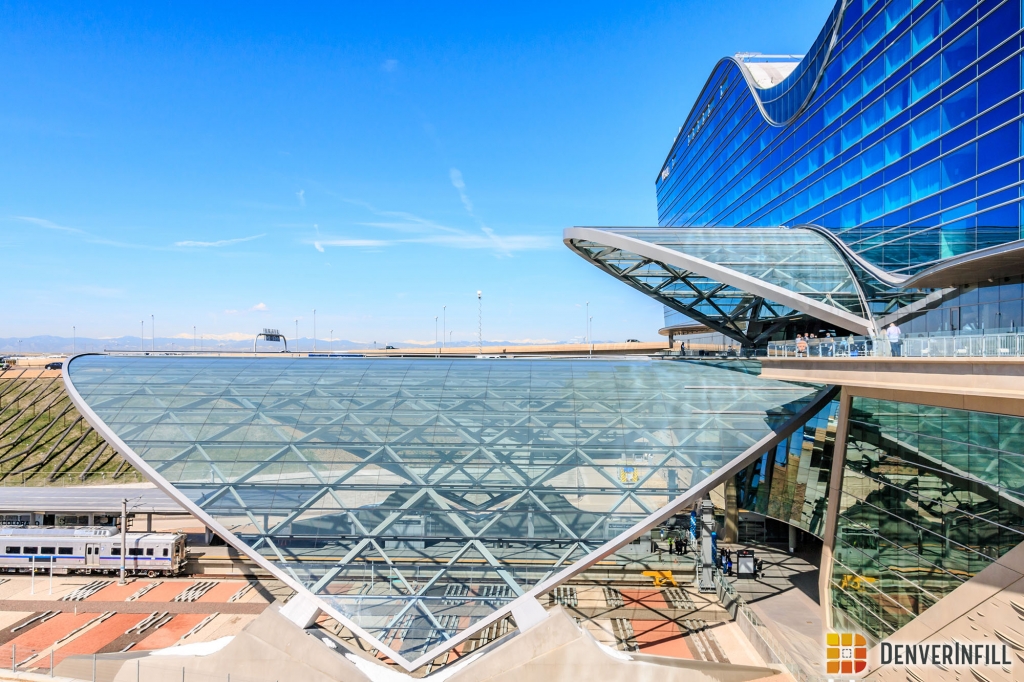 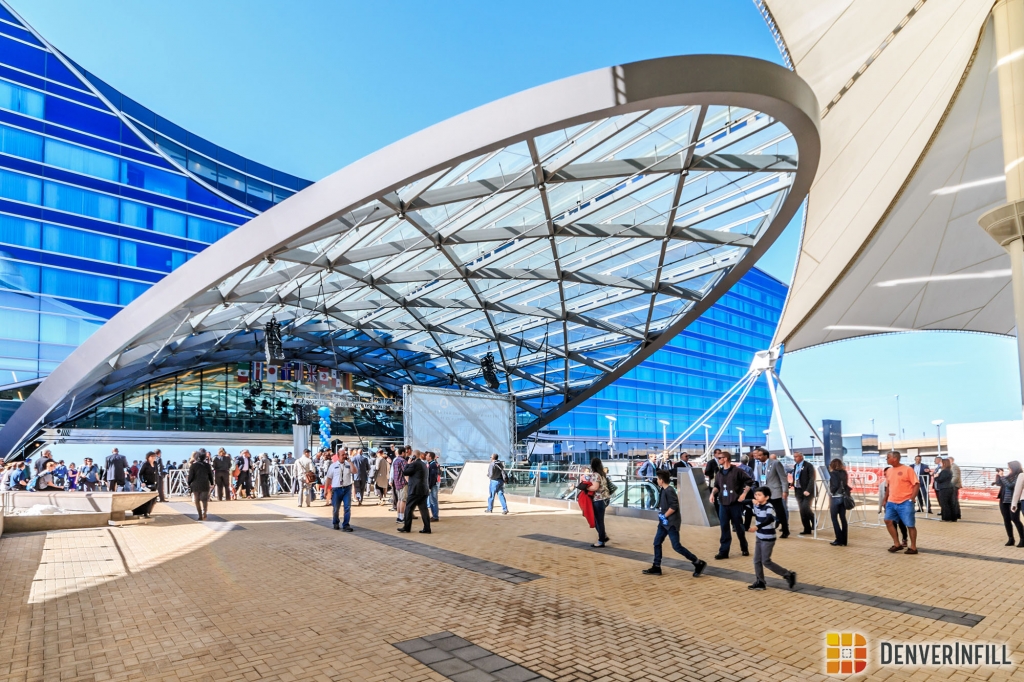 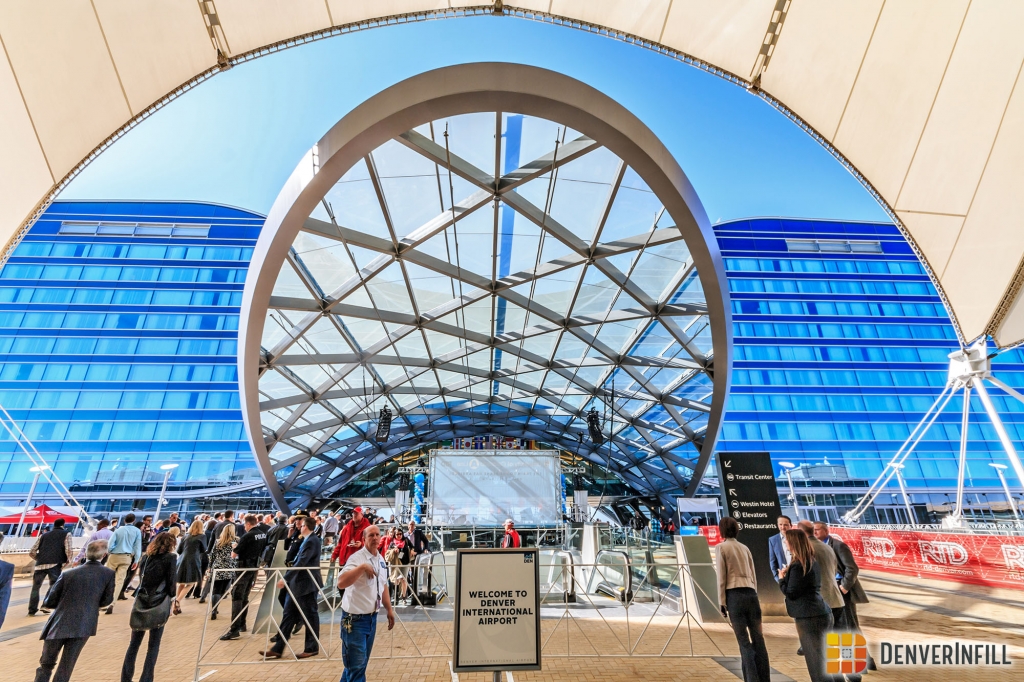 The plaza is a great public space where the airport can hold events, live music, and festivals. In these photos, everyone was gathered for the A-Line grand opening ceremonies. 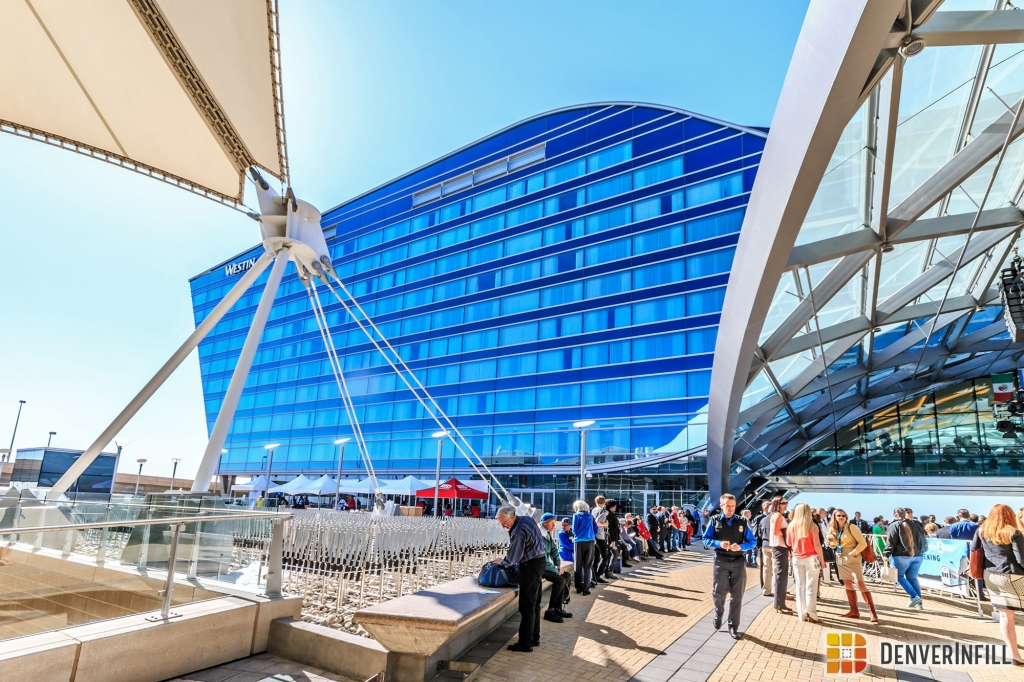 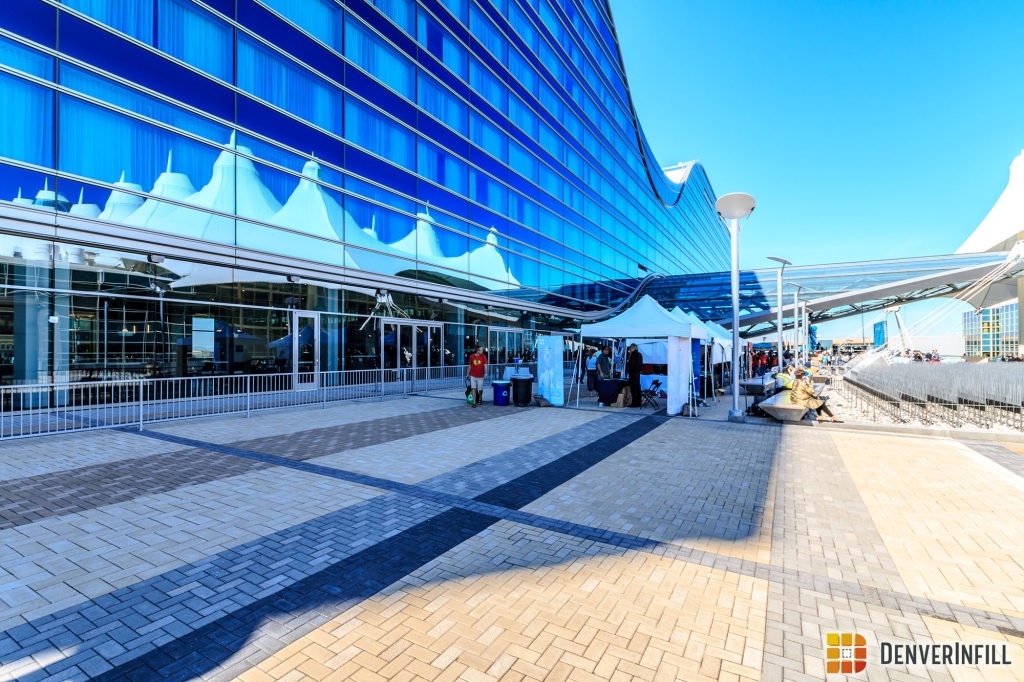 Back under the glass canopy, there is enough room for a stage and ample seating. 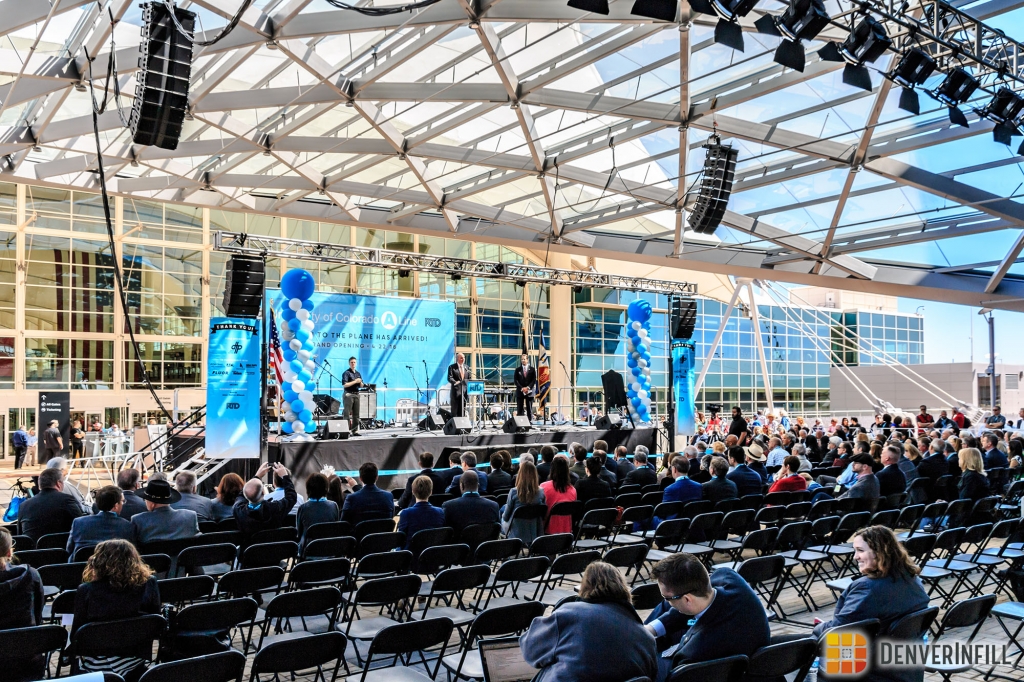 The south end of the plaza looks over the rail station canopy and offers views of the mountains on a clear day. 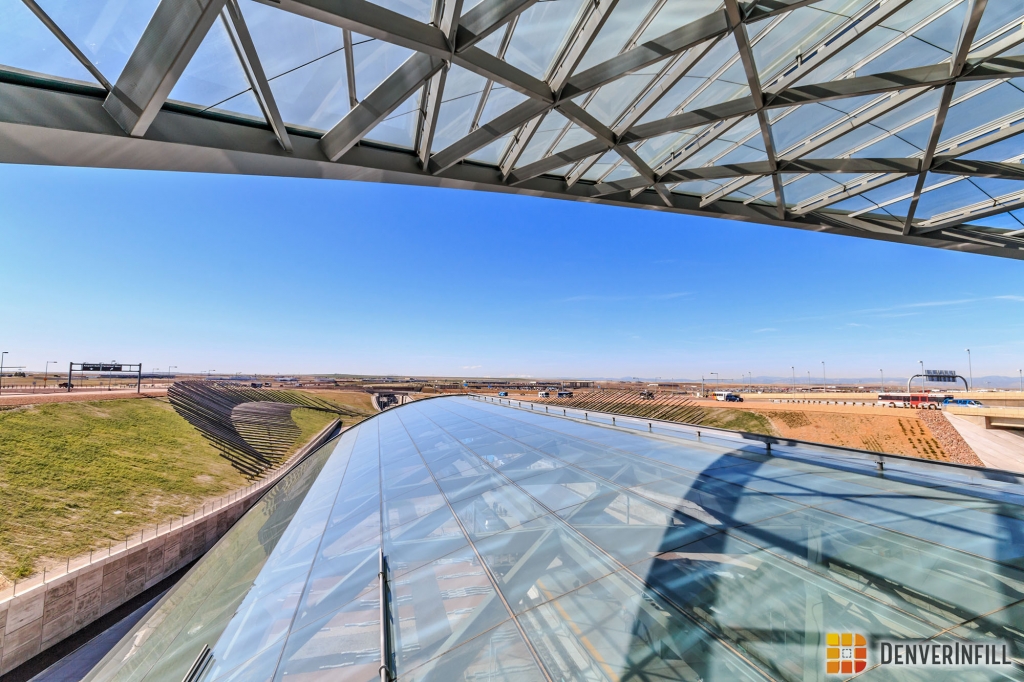 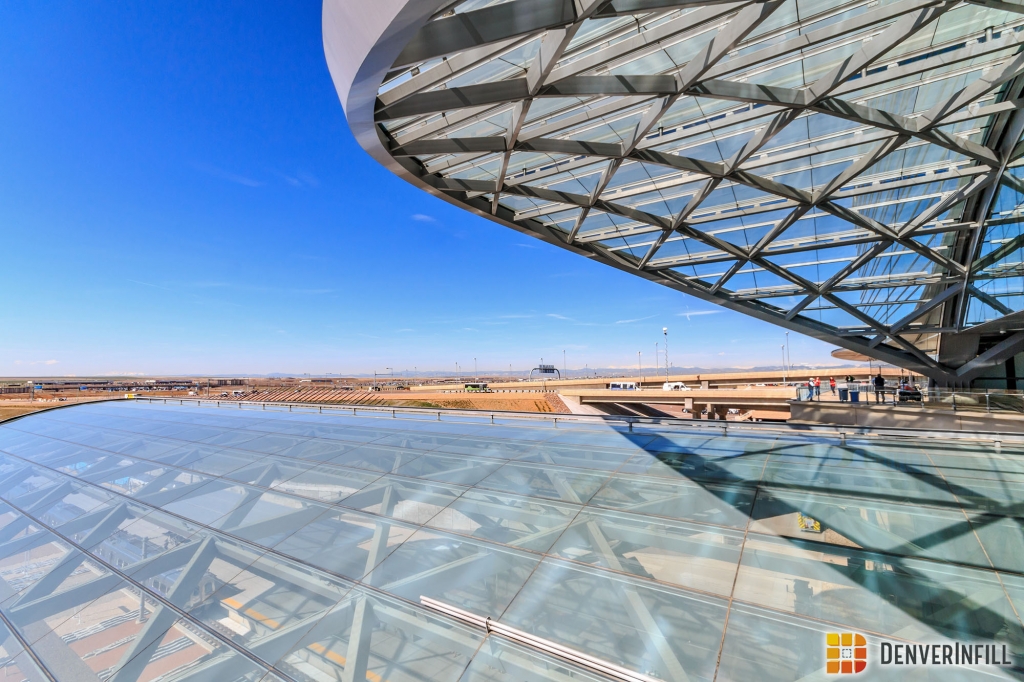 A balcony runs along the entire hotel and features patio space for the retail that lines the plaza. This space will be open 24 hours which will be great for passengers and visitors! 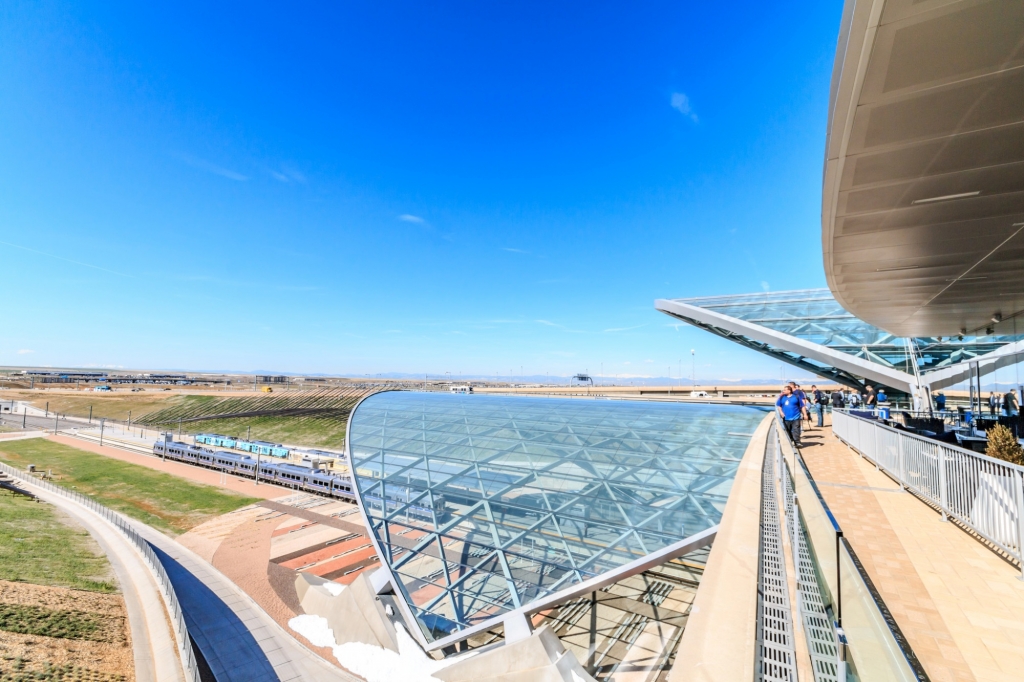 The hotel lobby is a spectacular sight with an arched ceiling and glass curtain walls on both ends. 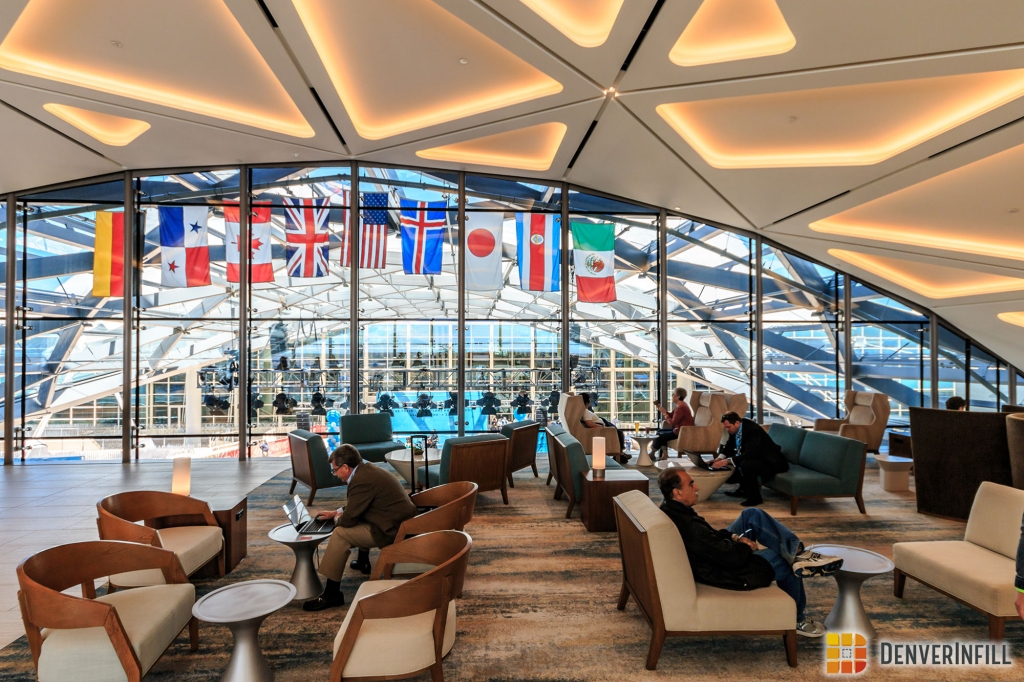 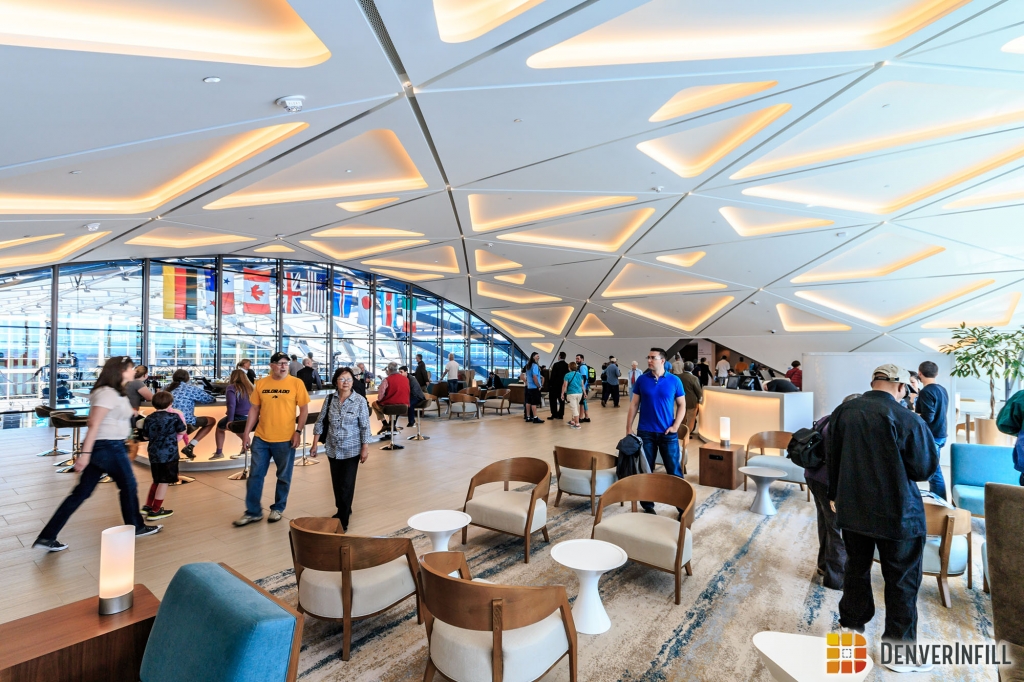 The hotel lobby also features a bar with ample seating around the room. 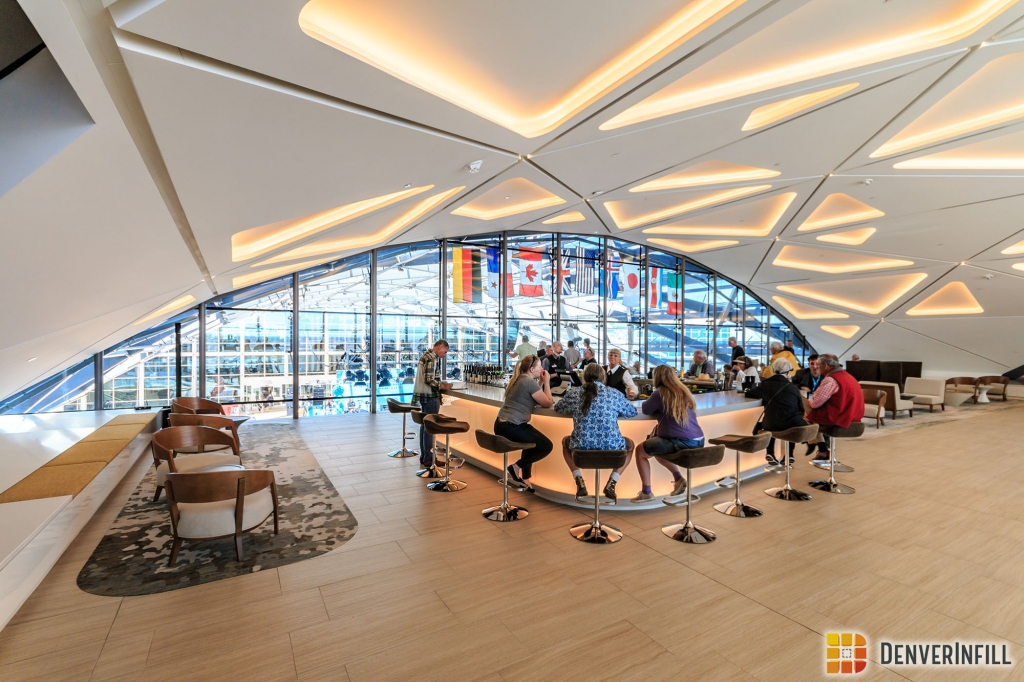 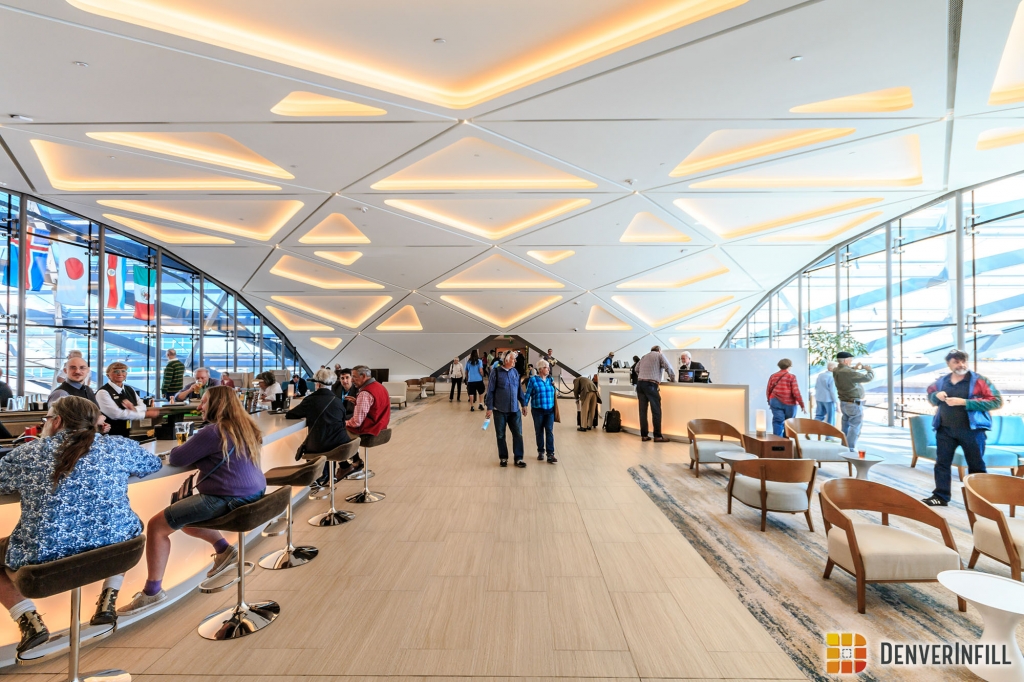 What a great view of the commuter rail station! 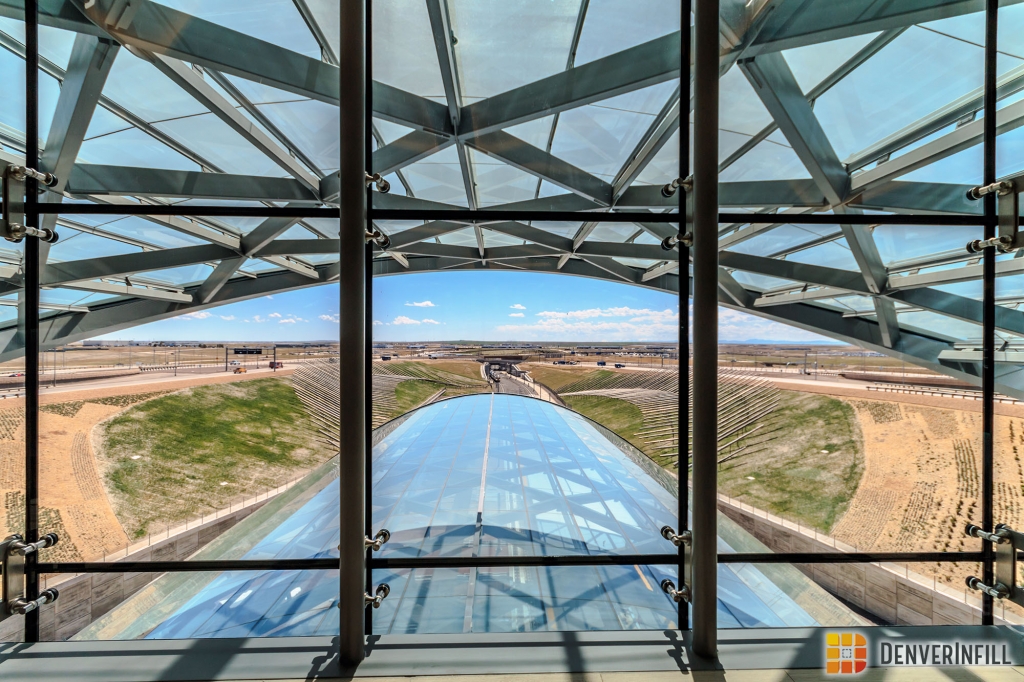 That wraps up the South Terminal Expansion. Keep your eye on DenverUrbanism this week for all of the great A-Line festivities that went on over the weekend.