As American cities continue an upward trajectory toward reinvestment—one catalyzed by a growing population of people favoring concentration over sprawl—we are faced with the prospect of knowing thy neighbor a little better.

While fenced yards and expansive lawns will not (and should not) be done away with for all, those that choose to live in a denser environment are inevitably introduced to the wonderful, albeit messy, throngs of humanity—while leaving our apartment building; on our bike at the stoplight; during the ride on the transit system; via our walk to work. But what connection actually emerges from this close contact—and does it ever have the ability to create community? For instance, you often hear that New York City can be the loneliest place on earth. Even still, how many of us living in a dense metropolis are proactively seeking to know our neighbors better?

As originally introduced via DenverInfill in 2012, Aria Denver provides the answer to that question for some. Located at 52nd and Federal just east of Regis University, Aria Denver is a multi-use development site with an interesting past to its name, as is often the trademark of urban redevelopment company Urban Ventures and its president, Susan Powers. Last month at DenverUrbanism, I profiled another of Powers’ projects—Steam on the Platte, located southwest of downtown Denver—which is in the process of turning a long history involving Russian Jewish immigrants and industrial disinvestment into a multi-faceted community for the tech and creative industries. Needless to say, I was not surprised to find out that Urban Ventures has an equally fascinating project on a different side of town.

While there is a lot to say about what is happening on the nearly 18 acres of the Aria Denver site (which includes 403 residential units via townhomes, rowhomes and condominiums, in addition to 30,000 square feet of commercial space), the aspect of this project most worth noting is the conversion of the former Sisters of the Order of St. Francis convent into a cohousing development. 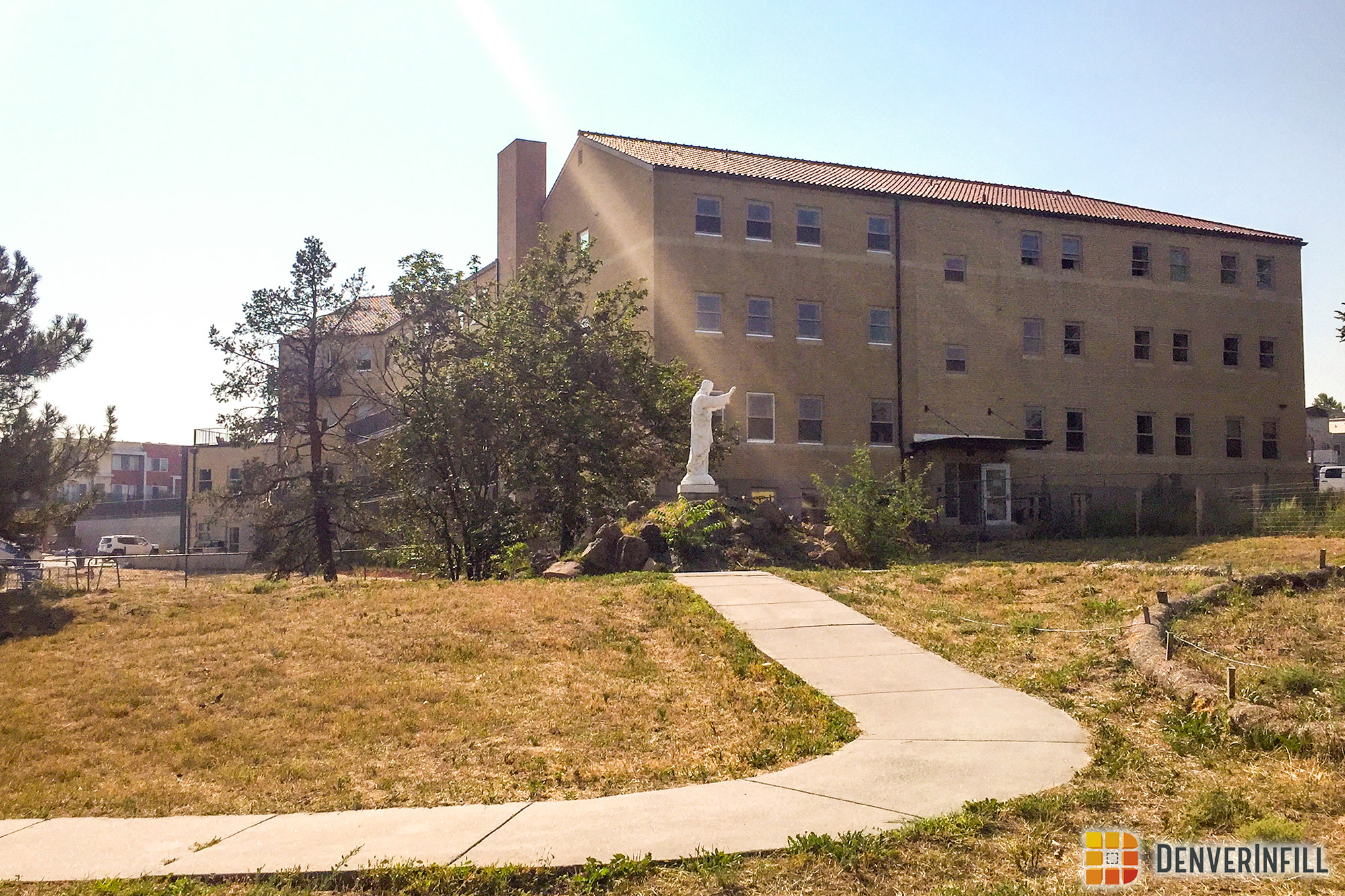 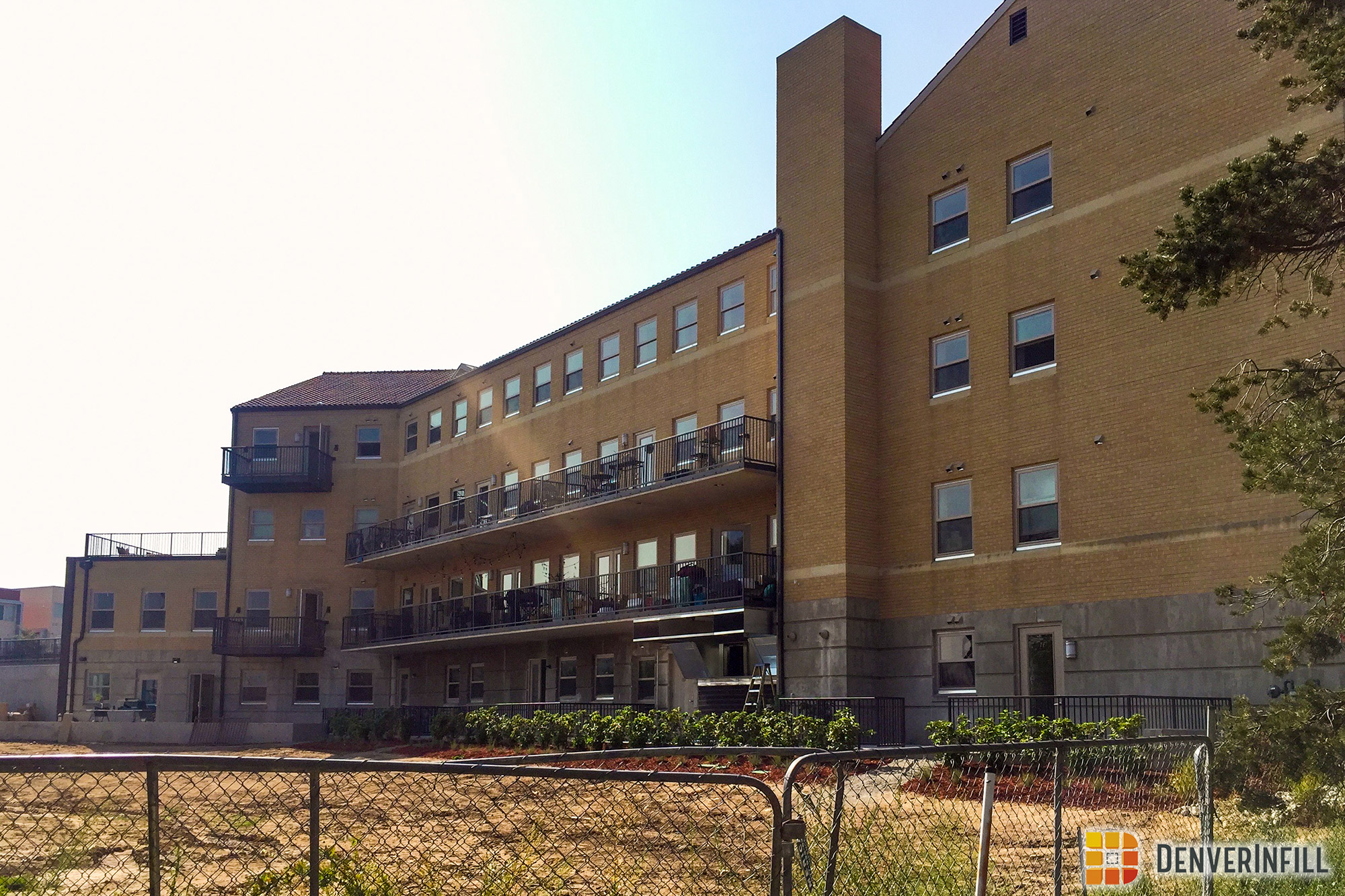 First—a little background. The Sisters of the Order of St. Francis originally came from Amsterdam, and looked at convent sites in both Denver and San Francisco before deciding upon Colorado. With the land purchased in the late 1940s, the convent opened in 1956. As Powers said, the building was seemingly intended to last hundreds of years, with its thick masonry and terrazzo flooring. However, the building’s craftsmanship also featured 50 “cells” that housed the nuns, which provided room for not much more than a bed and a sink. While the interior was eventually gutted for the adaptive reuse project, the unusual floorplan—alongside a series of principles Urban Ventures and the Sisters agreed to during the sale and master plan process—played into the decision to develop a cohousing site.

For those not familiar with cohousing, it is both a tangible housing and cultural lifestyle decision for individuals that intentionally adopt a communal attitude toward living. The modern theory of cohousing began in Denmark in the 1960s, where residents felt that existing housing options did not meet their community needs. Today, these developments provide private homes clustered around common areas and outdoor shared space, such as kitchens, dining areas, living rooms, guest bedroom suites and gardens. At Aria Denver, there is 2,000 square feet of communal space, and the residential community is provided with a $100,000 budget to outfit the space as their own. Built with the intention of facilitating a close-knit community, members of a cohousing development are also tasked with making group decisions and rules for communal activities and shared spaces.

Sound niché? It is—but as it turns out, cohousing has quite a following, with more than enough people eager to move across the country to land a spot in one such community. Of the 28 units available at Aria Denver, only two remain available for purchase, with residents coming from Philadelphia, Iowa and Boston, just to name a few. As each new unit sold, prospective buyers met with current owners to deem they were comfortable with the concept they were buying into. And while cohousing can tend to attract a homogenous age group to a specific site, many desire to keep these developments intergenerational, and Aria Denver has done just that. To date, everyone from men to women, married to single, kids to no kids, retirement age to younger adult, is represented. As is also standard with Urban Ventures’ philosophy of economically-integrated communities—and in line with the aforementioned principles of the Sisters—eight of the 28 units were sold below market value as affordable housing. 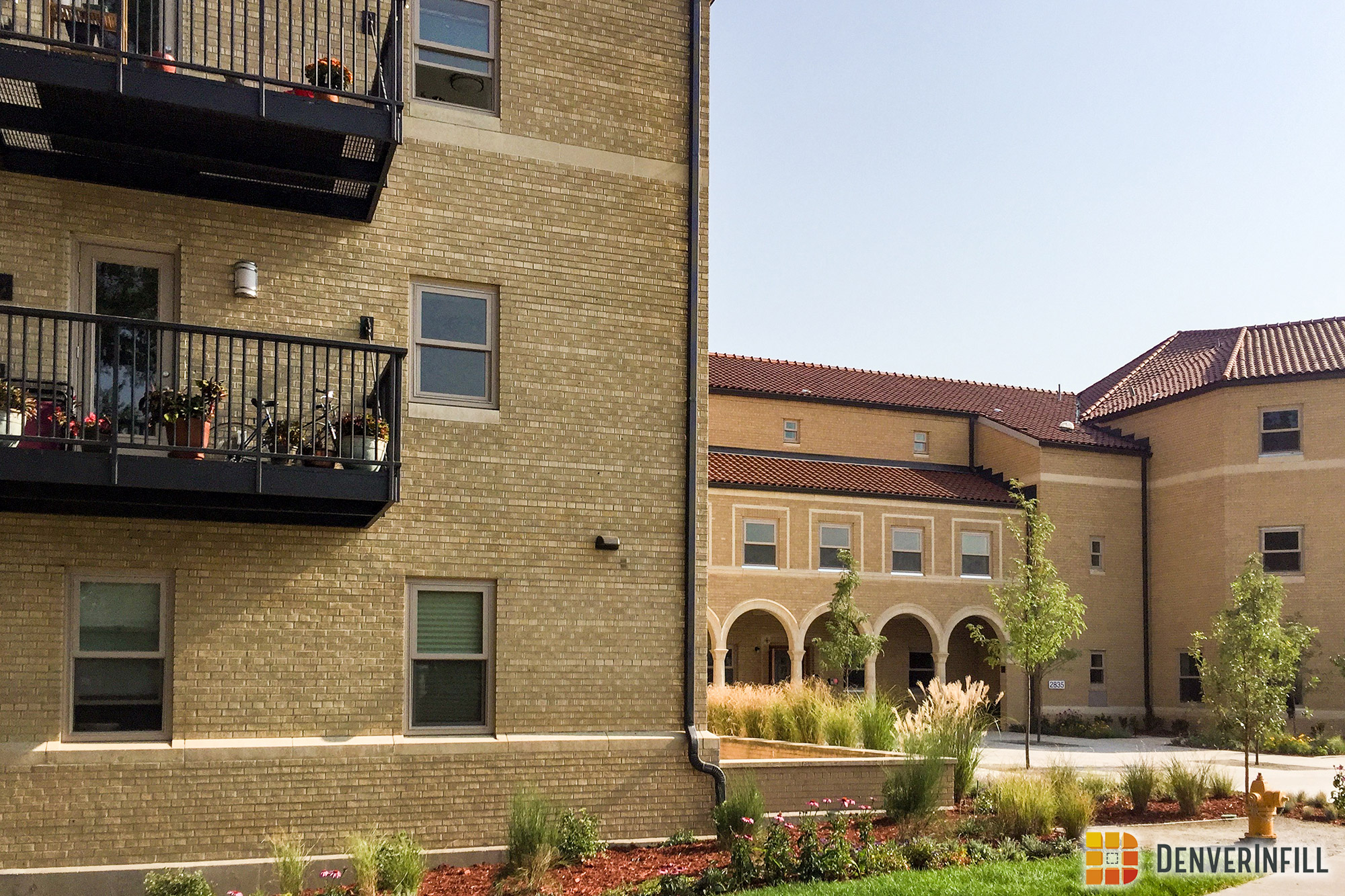 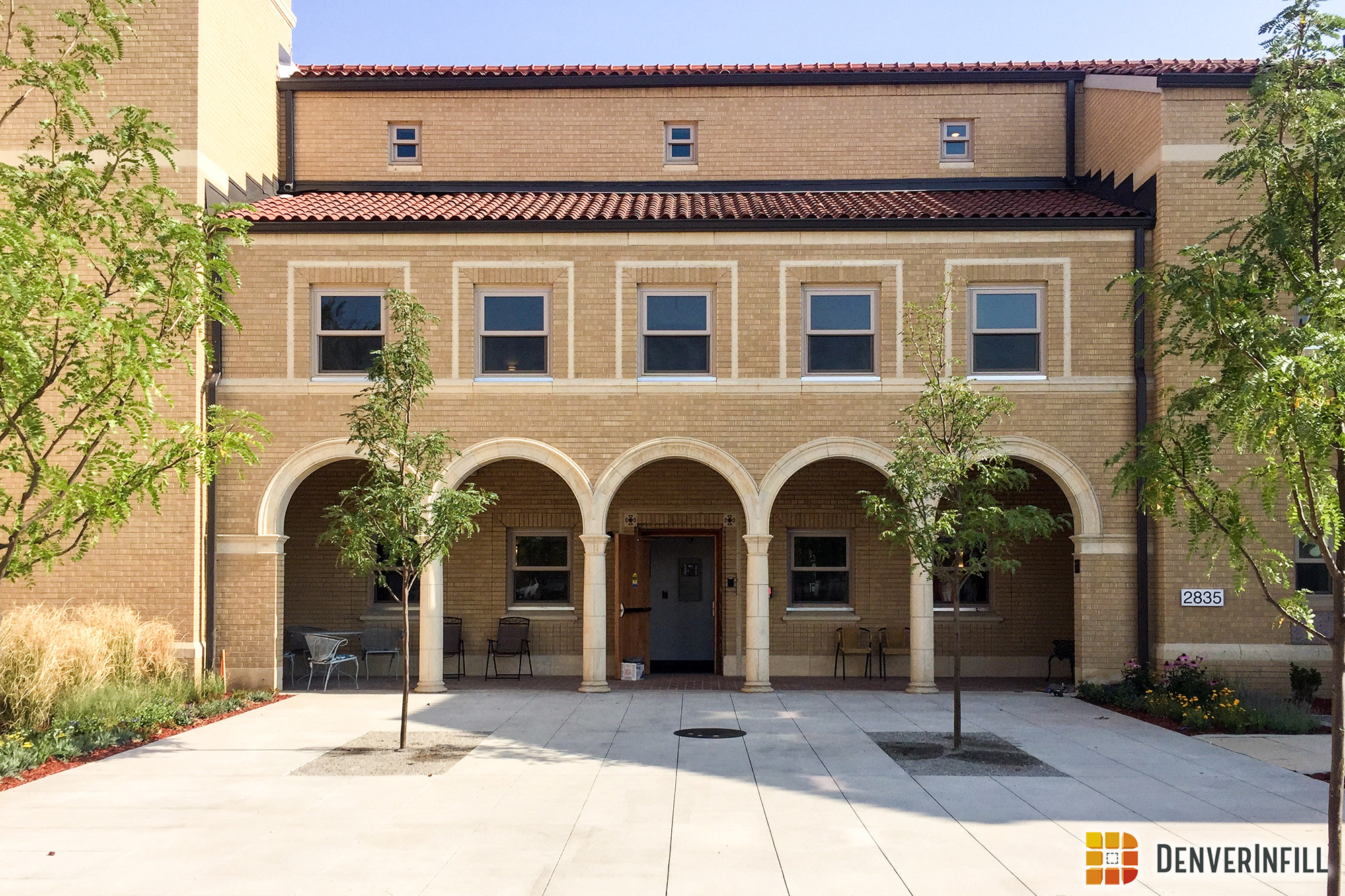 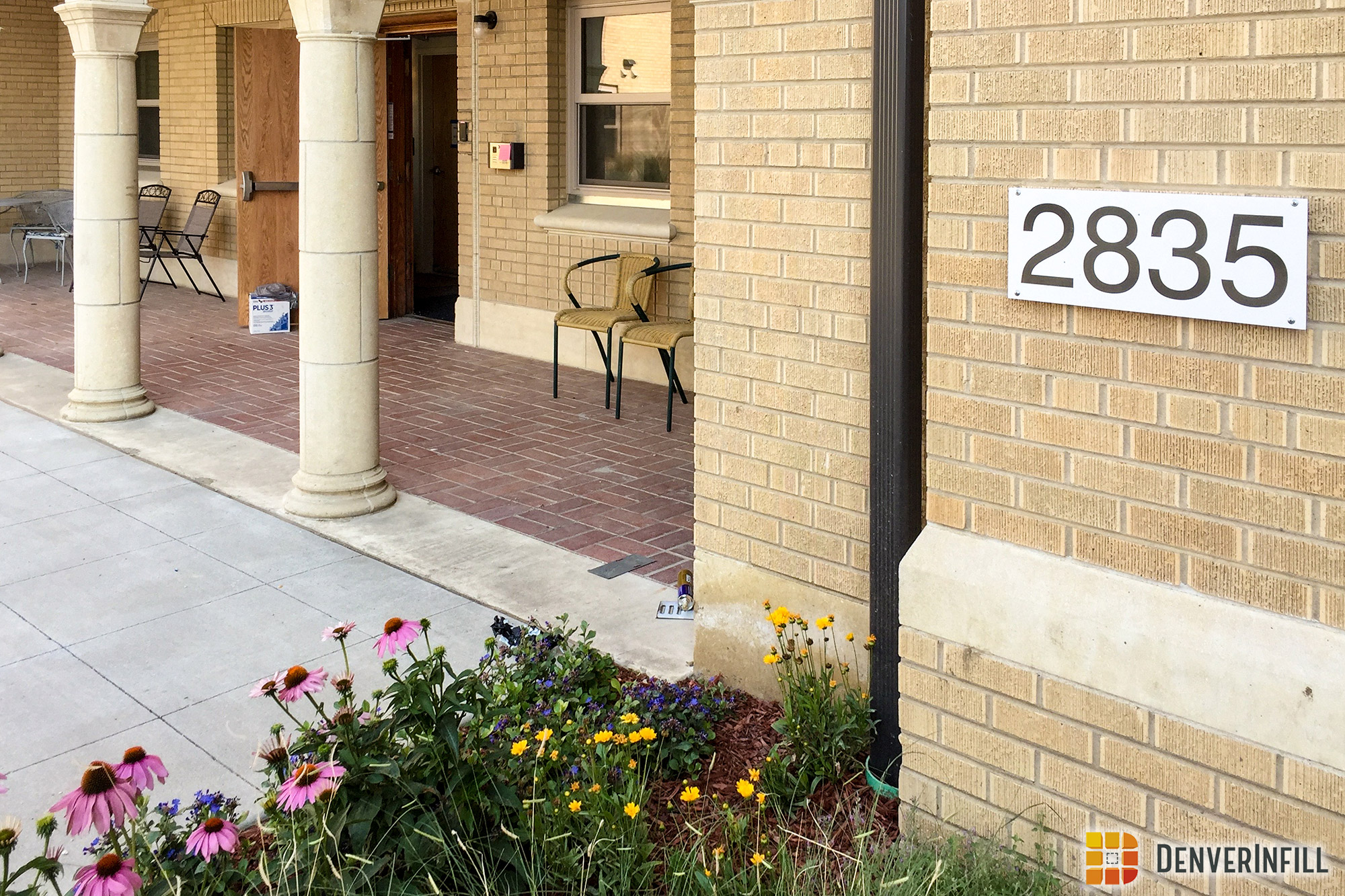 Three years ago, Aria Denver’s cohousing site was originally advocated for by four women who lived in single family homes but wanted to downsize in an intergenerational community. As is standard with cohousing, the early stages of development were generated by the interested parties themselves; often, future residents pool their money as the initial investment, with projects taking 5-10 years to put together, as 12 to 15 committed residents are typically required to close a construction loan. In only a few short years, the anticipated Aria Denver community quickly grew from four to eight to even more, and provides the perspective that creating the community is more important than the real estate for these groups.

Even with only three brokers—Powers believes that you need to be able to understand and tell the story to sell this particular property—nearly all units have sold since they went on the market in Spring 2016. Ranging from one to three bedrooms, and between 587 to 1,800 square feet each, the new buyers just began to call Aria Denver home three weeks ago.

As is fitting for this site, a time capsule buried on the former convent site was discovered during the cohousing construction process. Returned to the Sisters, it contained newspapers from the 1950s and a list of those in the Order, among other things. Befittingly, the Sisters, cohousing residents and Powers participated in filling a new time capsule that is to be opened in another 50 or 100 years, and which is now marked by a marble plaque near the entrance to the cohousing site. 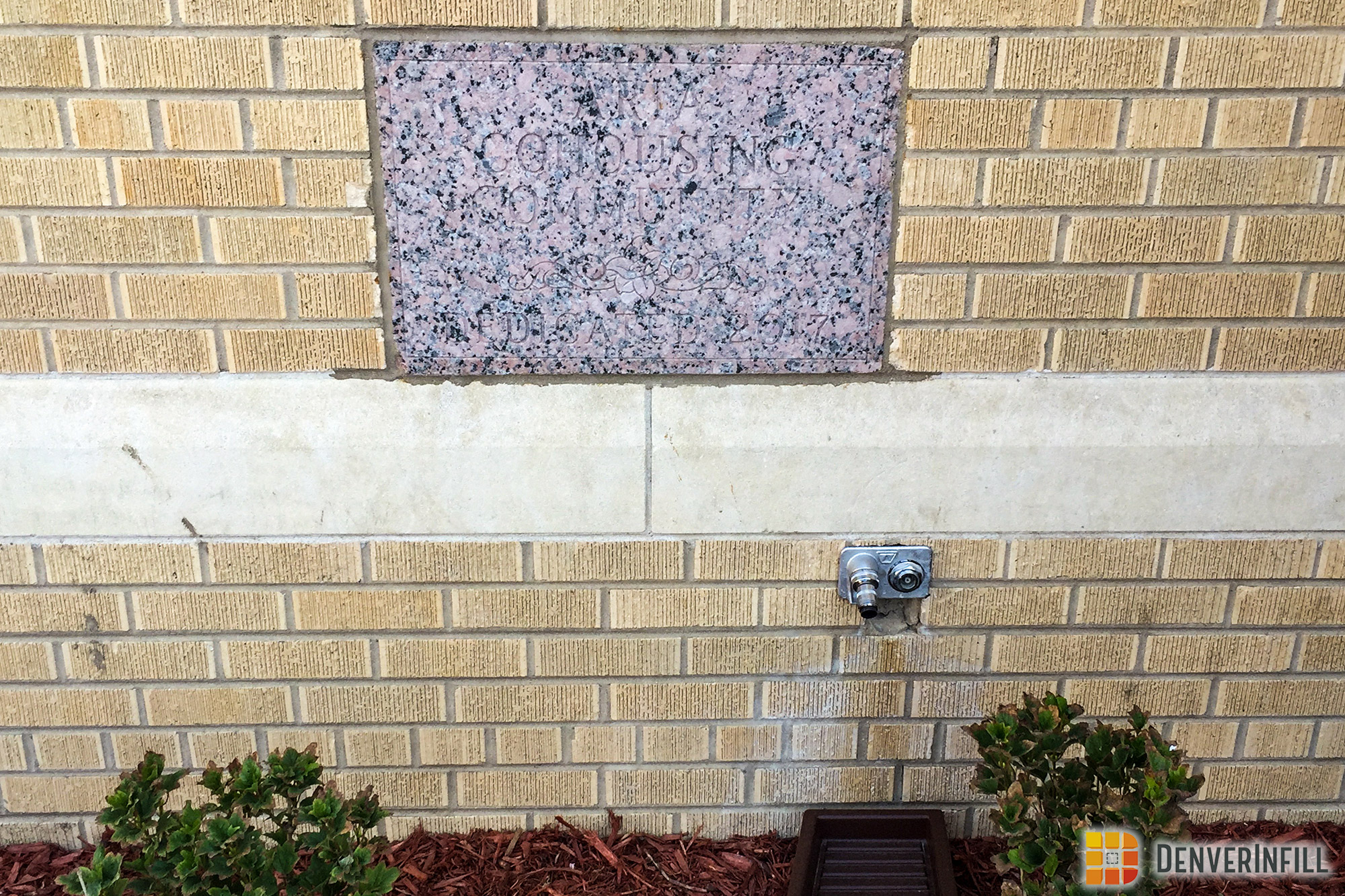 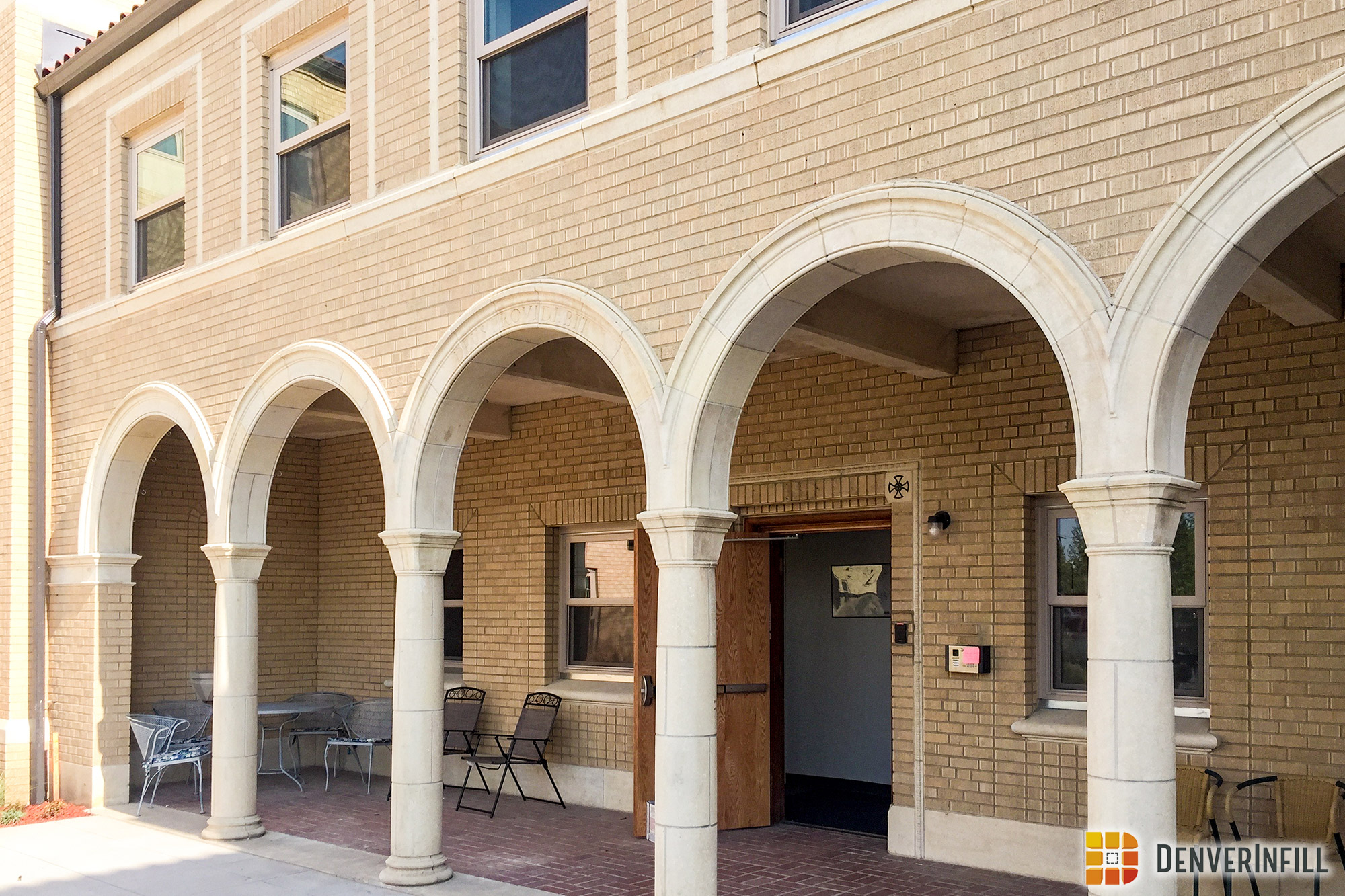 The final phases of Aria Denver—including the construction of commercial space, condominiums and rowhomes—is slated to begin in late fall or early winter of this year.

Camron Bridgford is a master’s candidate in urban and regional planning at the University of Colorado Denver, with a particular interest in the use and politics of public space as it relates to urban revitalization, culture and placemaking, and community development. She also works as a freelance writer to investigate urban-related issues and serves as a non-profit consultant.