Ascent Union Station, a significantly sized project on the northern edge of Union Station, is starting to go vertical above the street level. Construction for the 14-story apartment building started back in April 2017 and since our last update in July, a lot of progress has been made.

Over the last six months, a tower crane was erected, the foundation has been poured, and the underground levels are now complete. The north end of the project is currently up two floors with work beginning on the third. 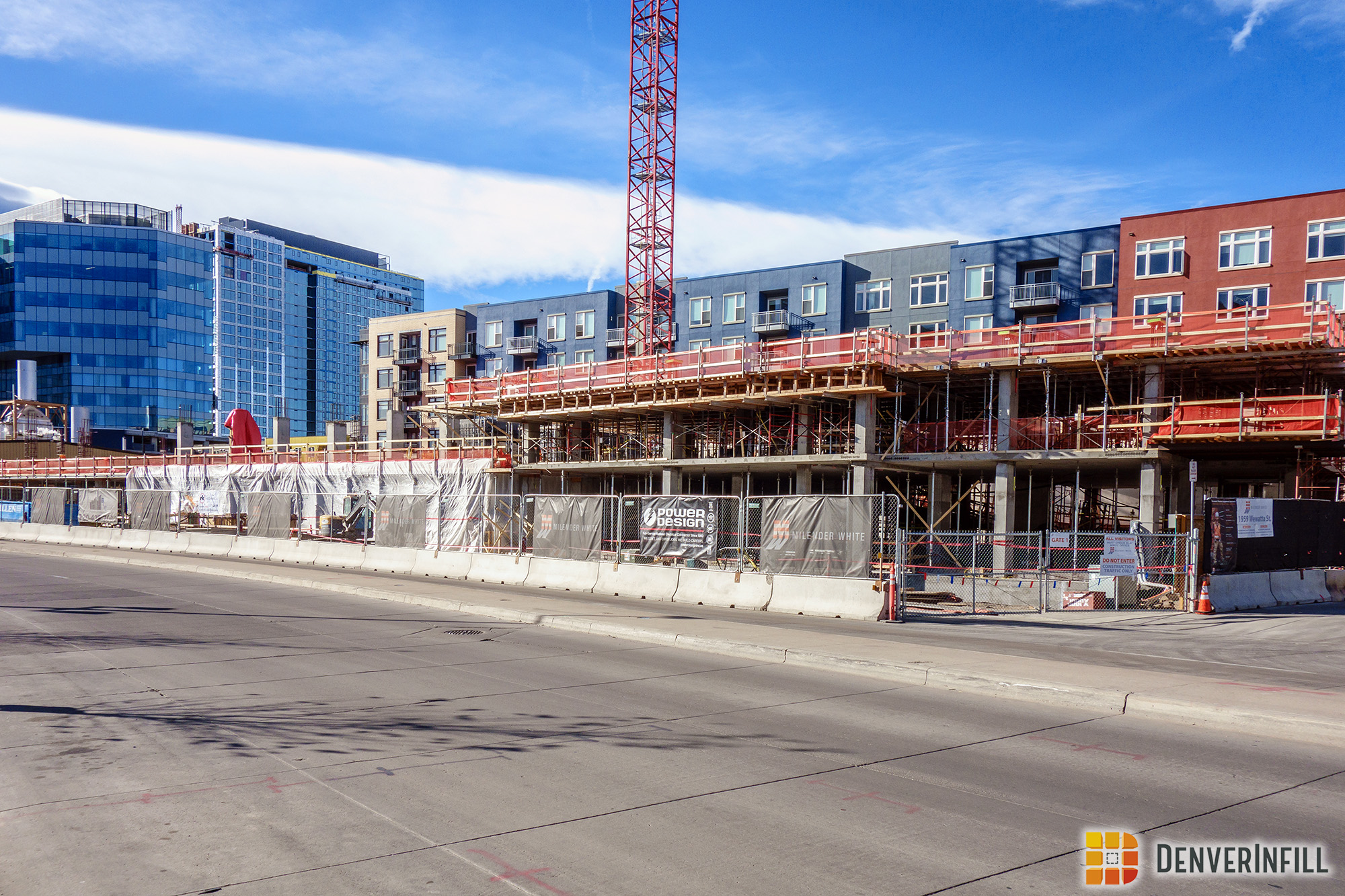 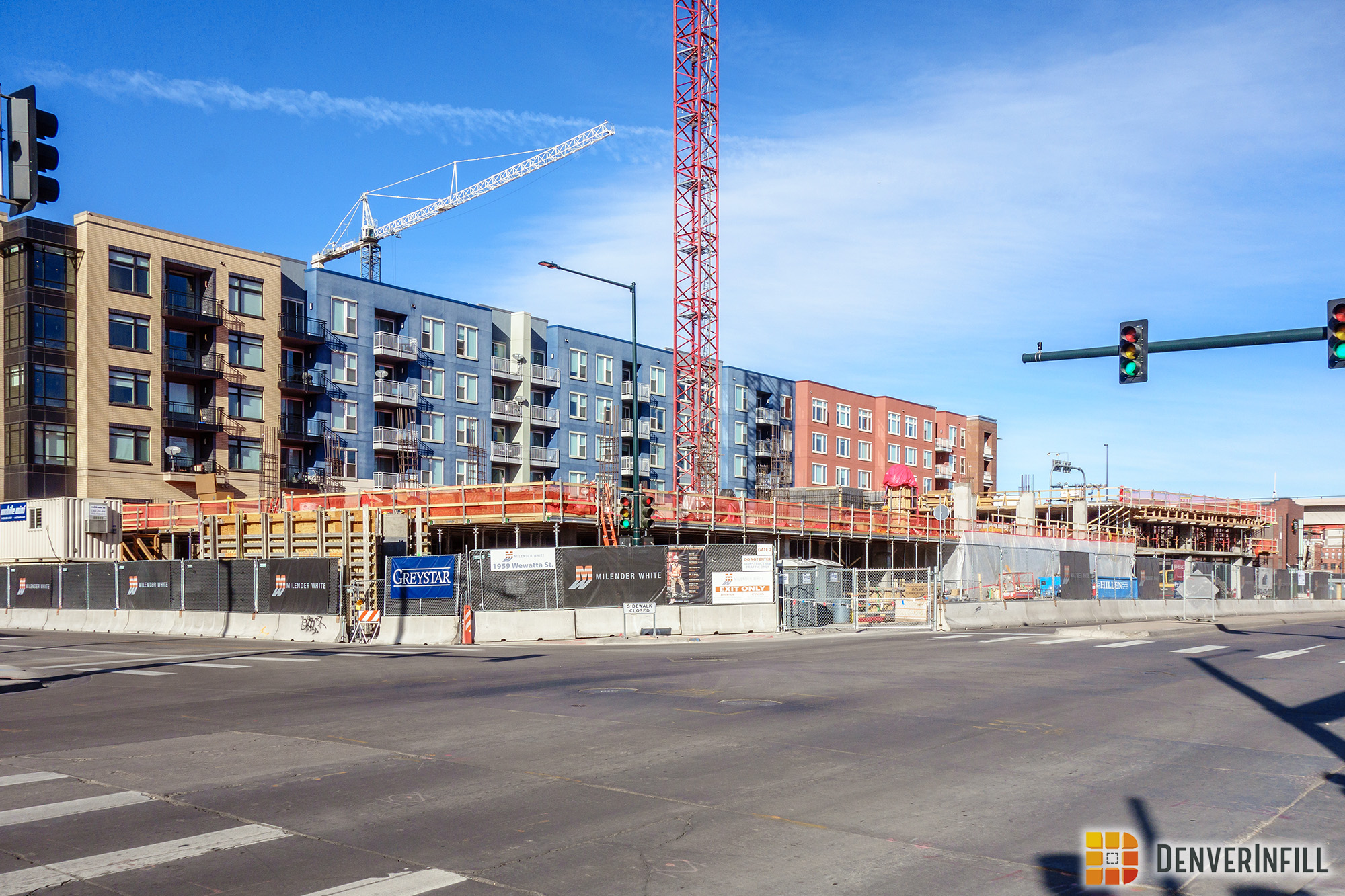 Ascent Union Station fills in the last parcel along Wewatta Street in the Union Station neighborhood and will greatly contribute to the already stunning street wall.

The 14-story apartment building will contribute 142 apartment units to the Union Station neighborhood. For a rendering and detail refresher, head on over to our announcement post.