Before we get into the details of the project, here is an aerial with the project site outlined. As you can see, Broadway Marketplace has seas of surface parking with single-story retail surrounding it.

Below are some current photos of the project site. Most of the old retail building has been leveled with cleanup operations still underway. You can still view the old building on Google Street View. 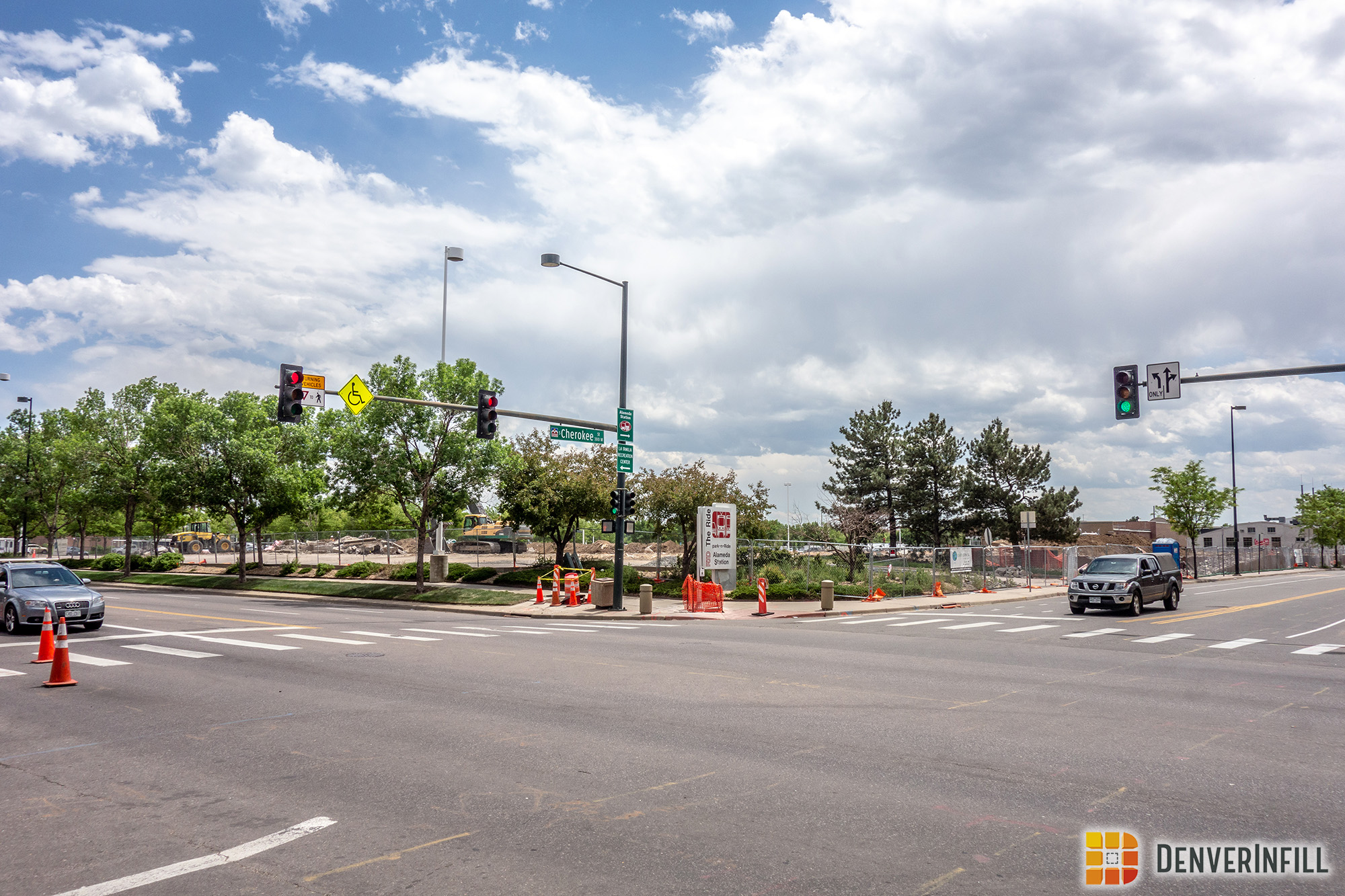 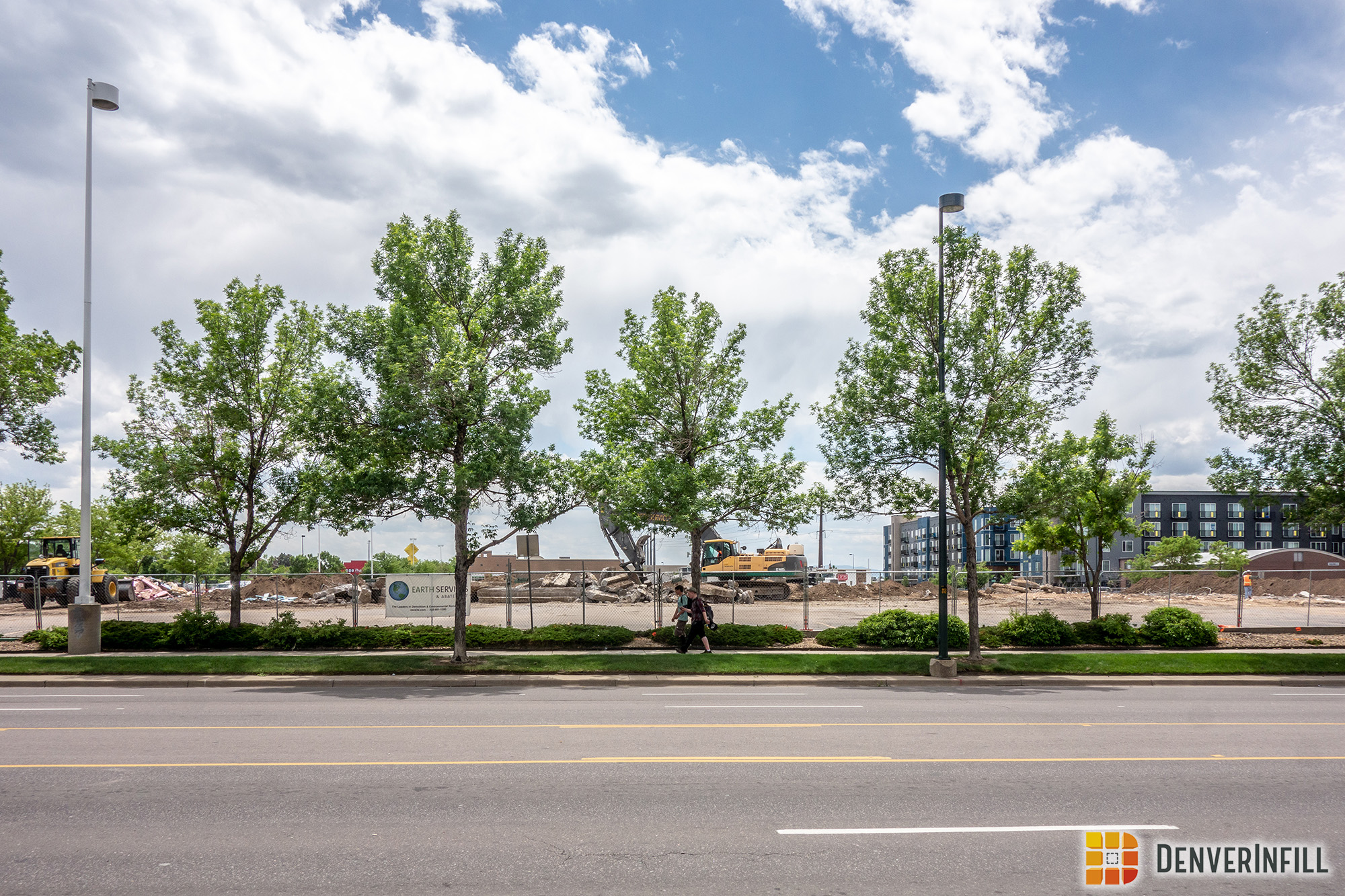 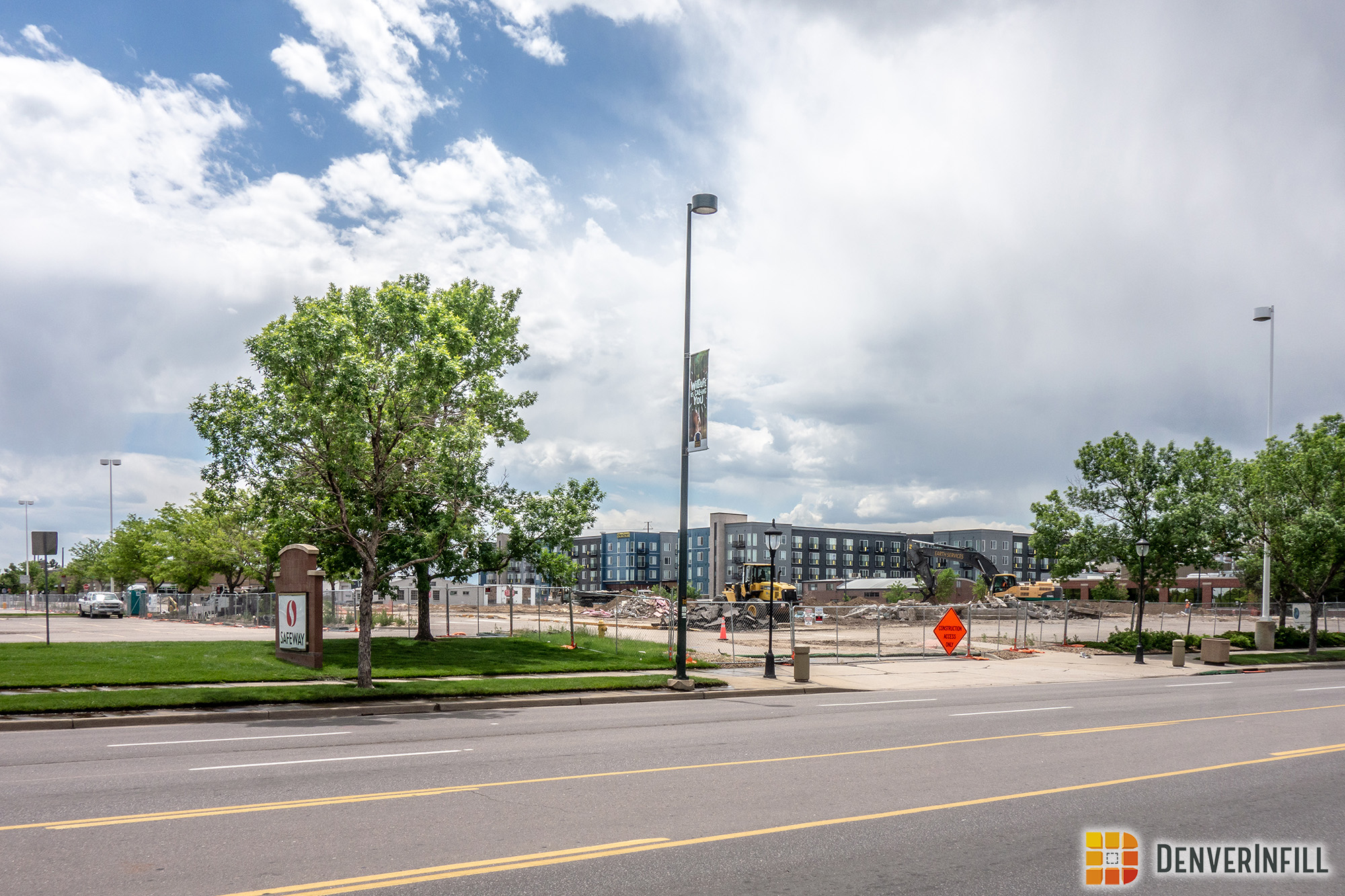 PDG Design District will feature 354 apartments contained in a seven-story building. The construction will consist of light-gauge steel over a podium; four floors of steel over one level of parking and five floors over two levels of parking. The site plans call for 463 parking spaces for a ratio of 1.3. There is currently no announcement of any retail being incorporated.

Here is a current rendering of the project courtesy of Price Development Group, the developer, with Kephart behind the design.

Below are four more views of the project courtesy of Kephart. These are a little less refined than the above rendering but they still give a good idea of the project scale and density. 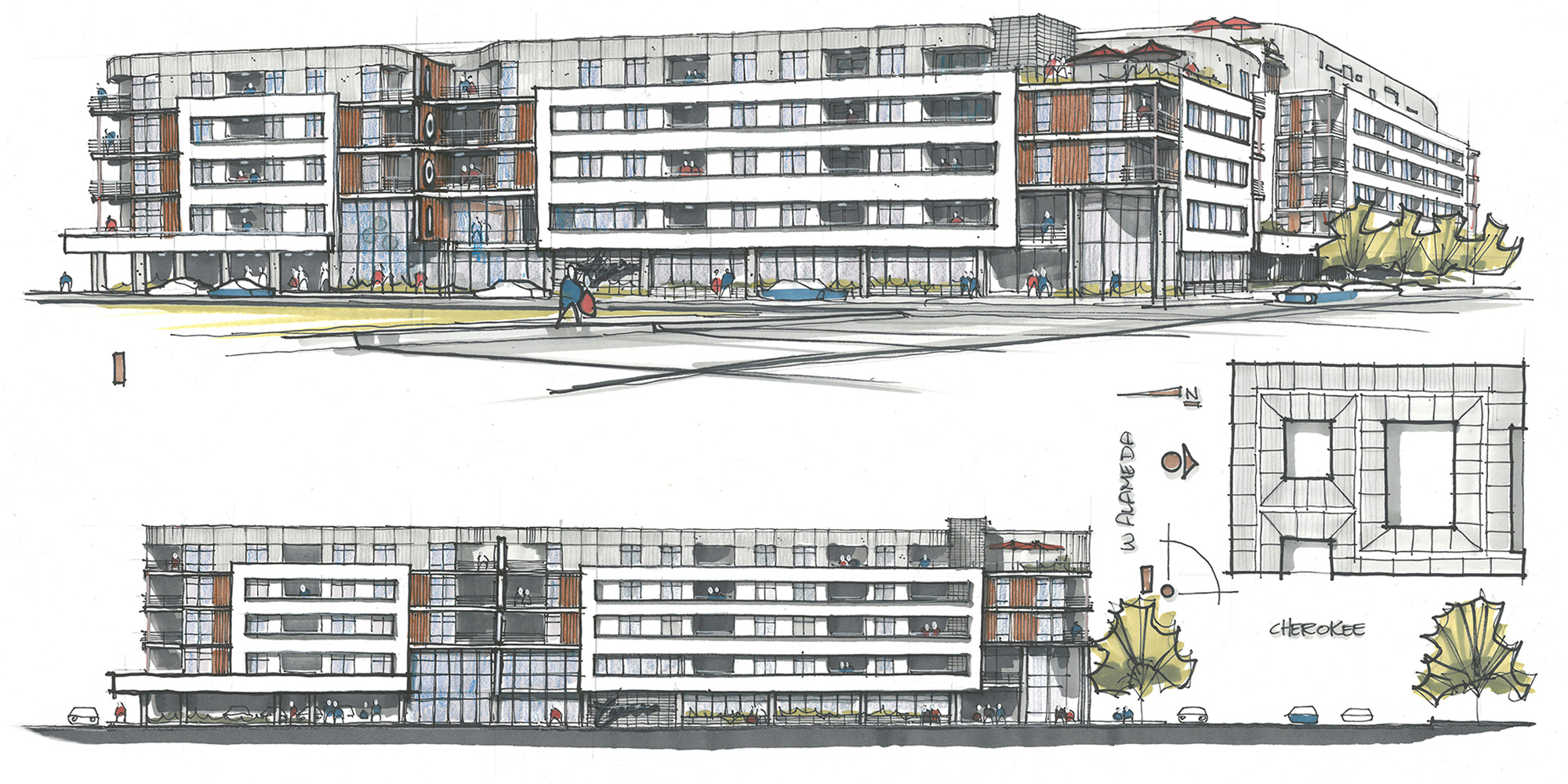 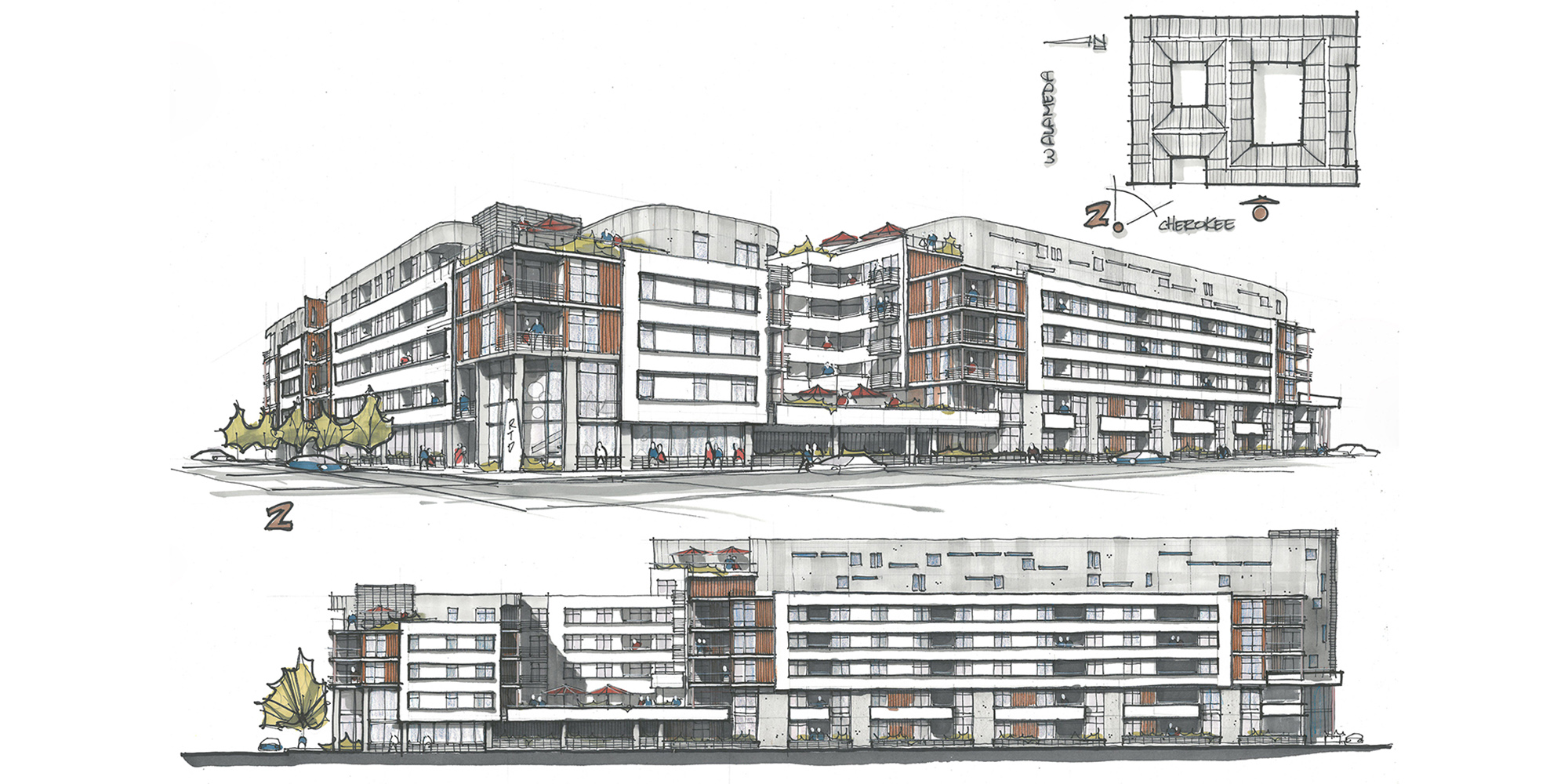 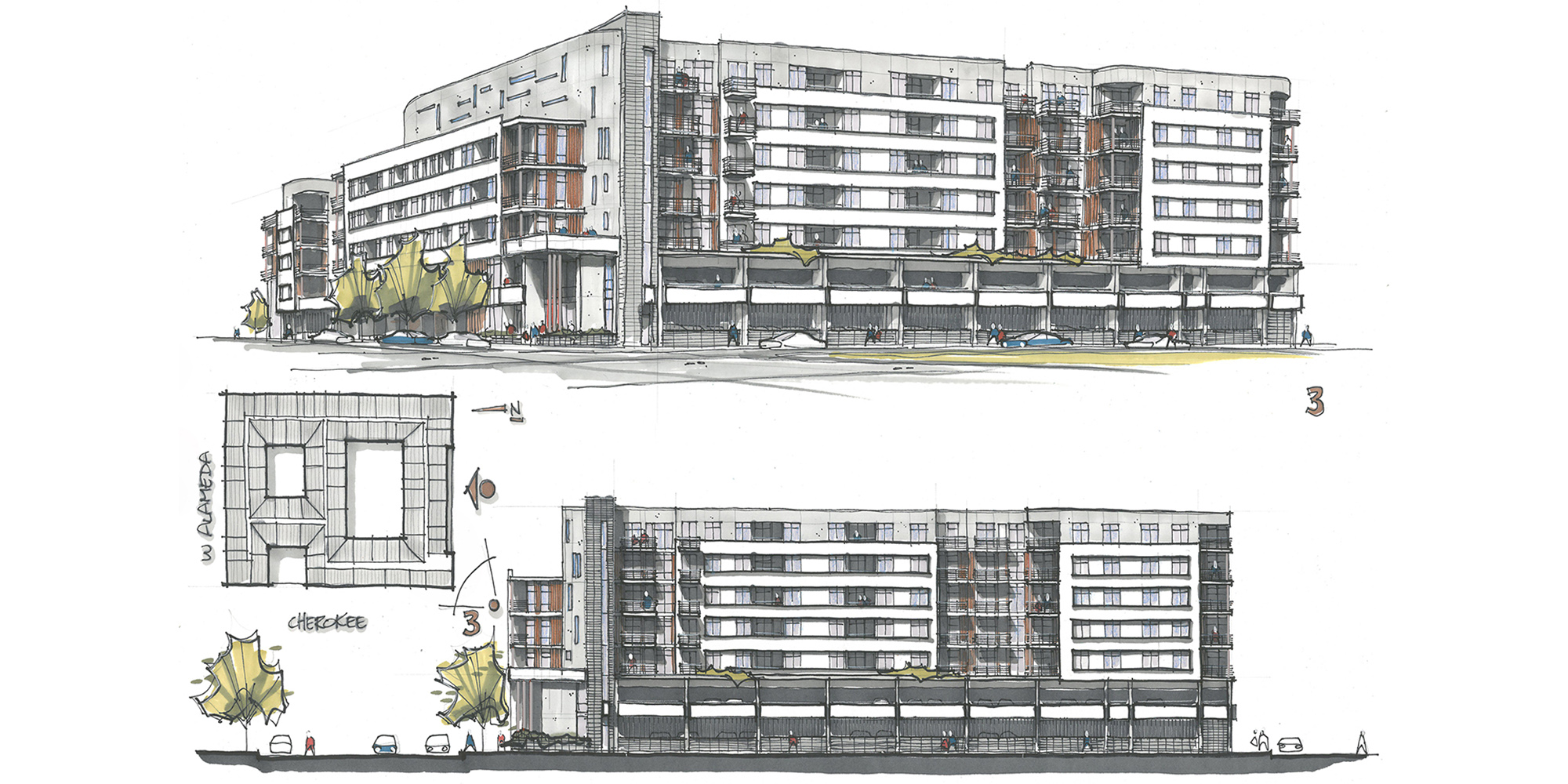 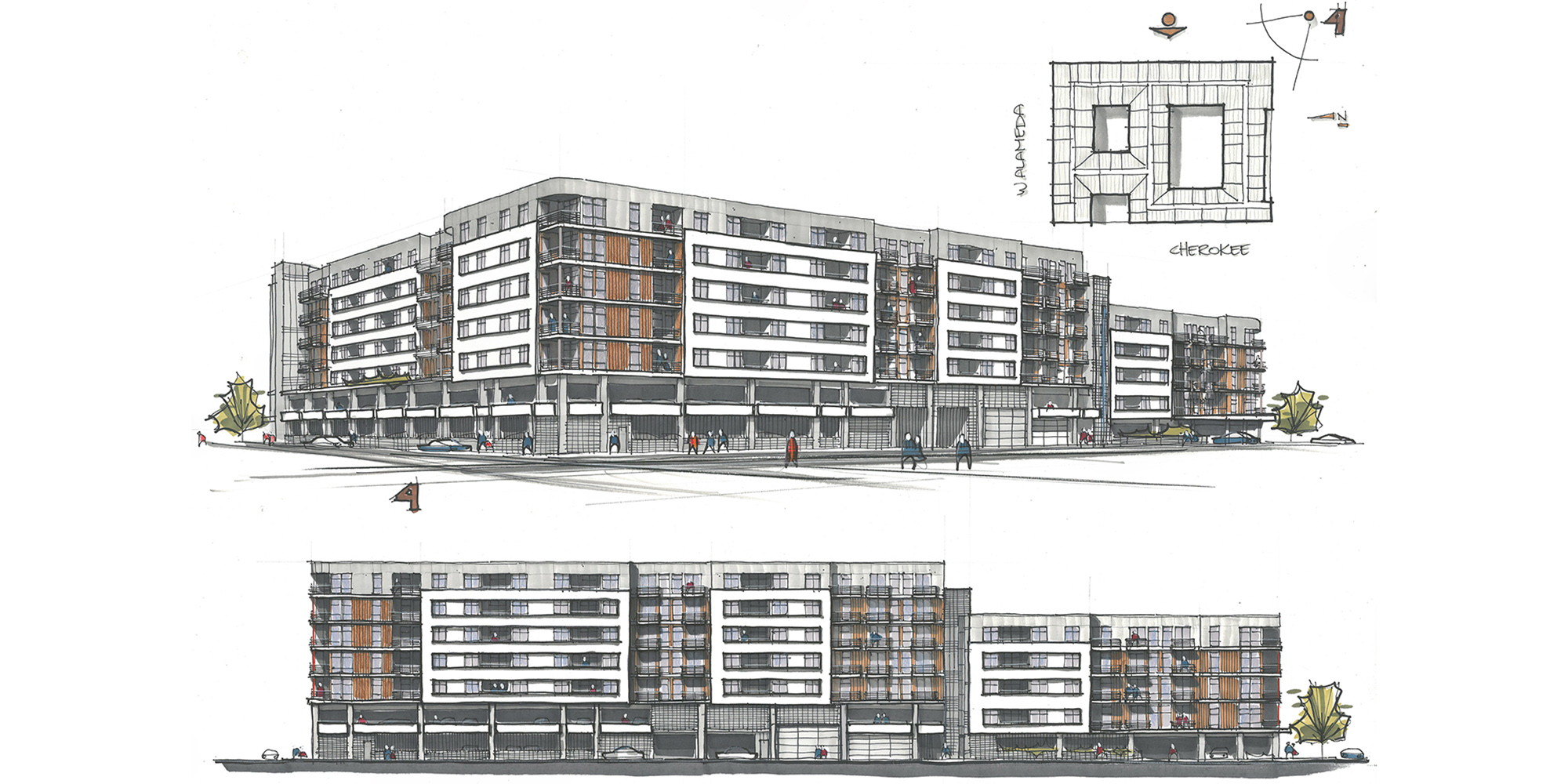 With this project currently under-construction, we will be coming back to visit once it starts to go vertical.