Great progress is being made on the facade. The base will feature mostly blonde brick, accompanied by a dark red brick. The colors remain the same on the upper floors; however, the patterns switch with the red brick more prominent. 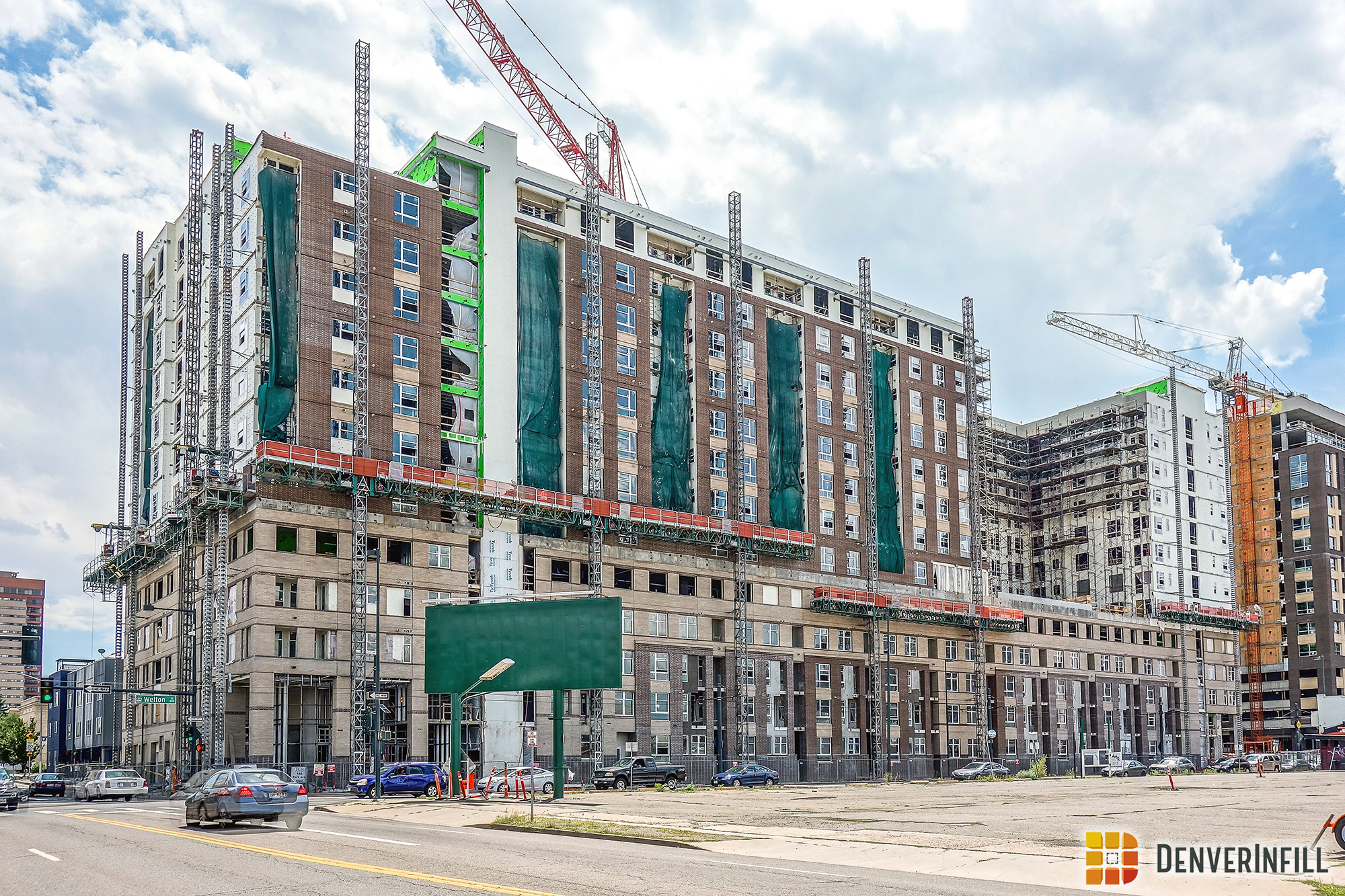 When looking back at the rendering, you can also see that the brick pattern will continue to the sides of the building. 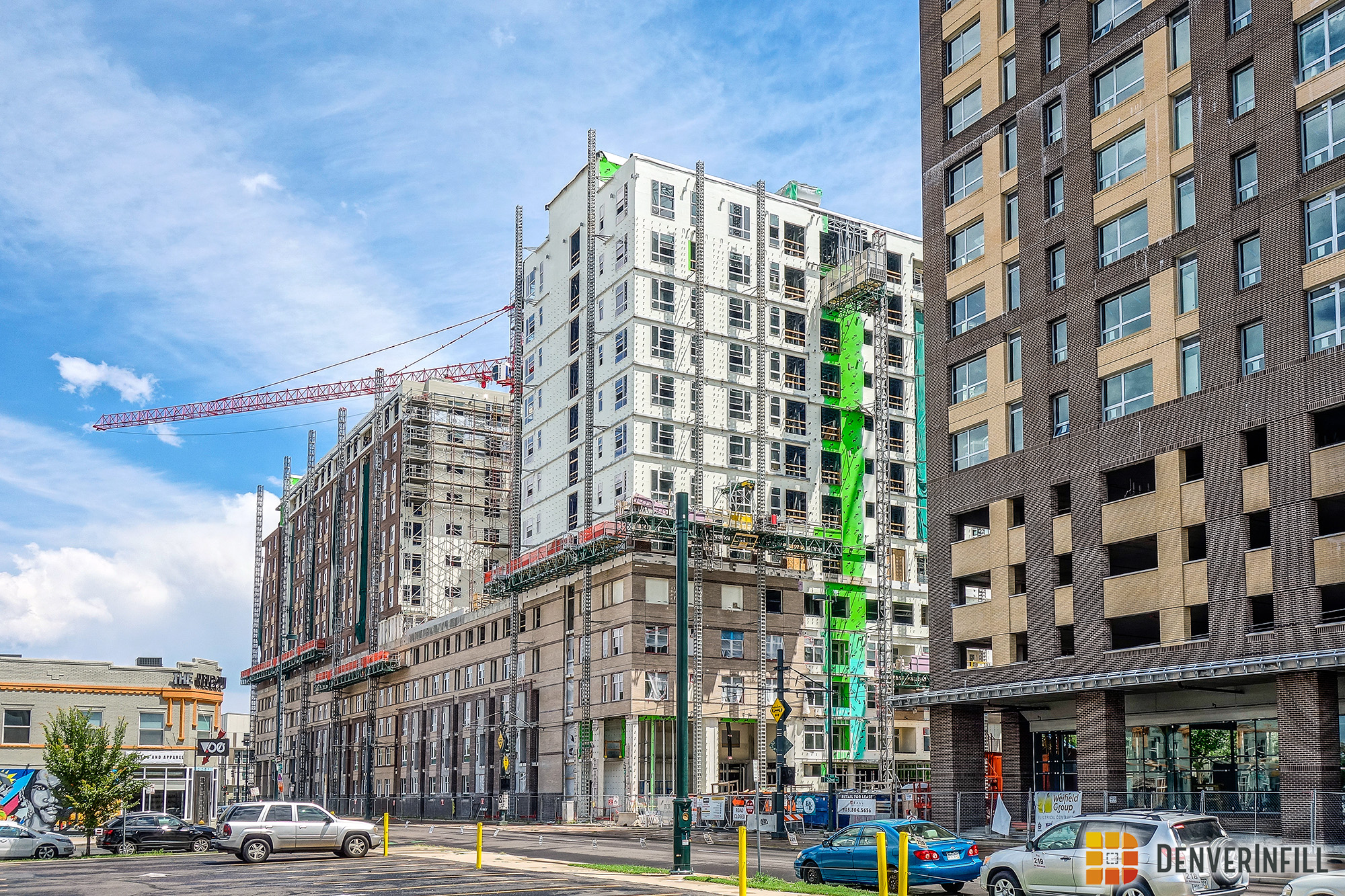 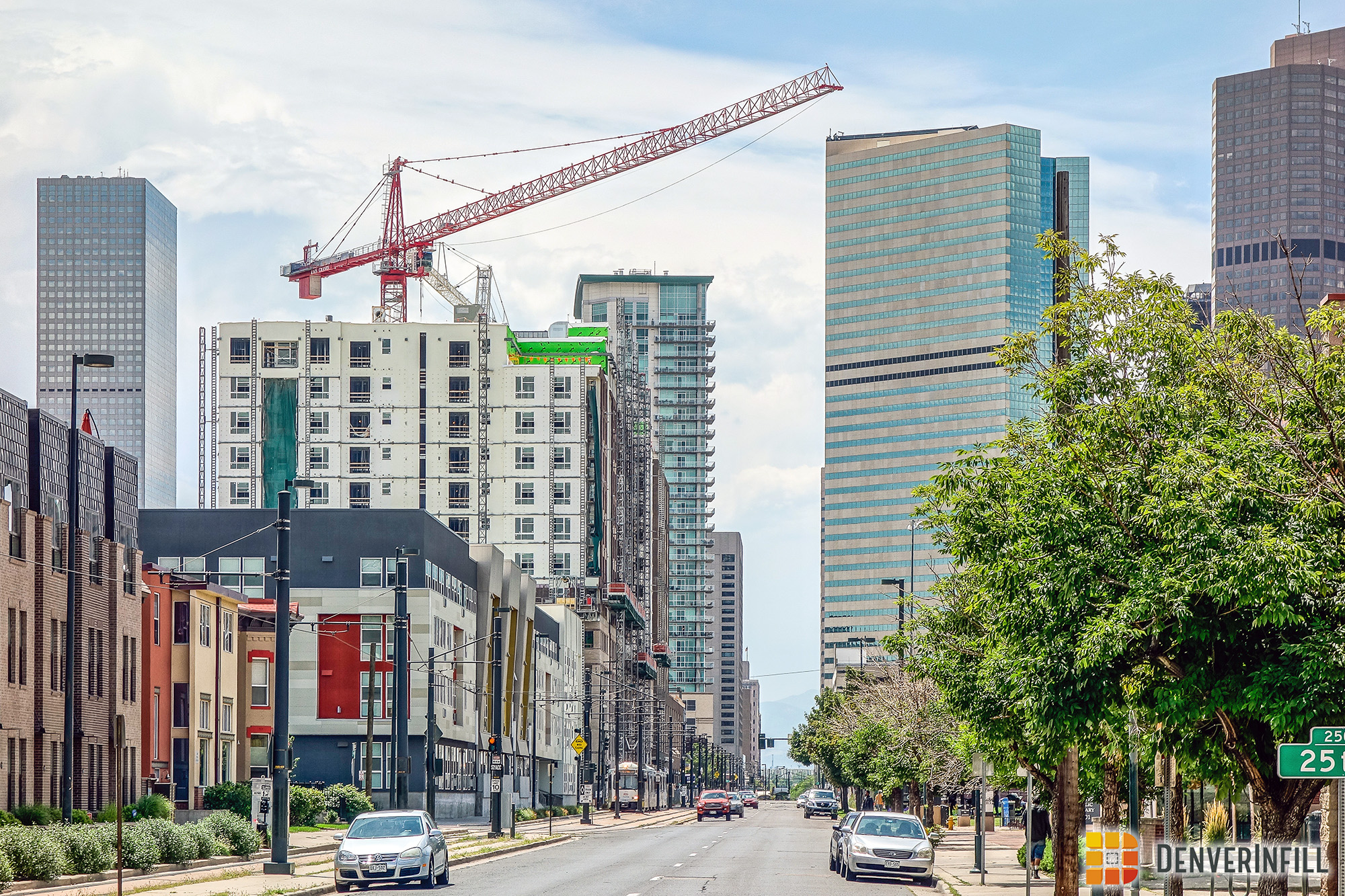 Alexan Arapahoe Square is right around the corner in regards to completion with only six more months to go.