A new office building with ground-floor restaurant space is under construction at the corner of West 32nd Avenue and Vallejo Street in Lower Highland. The site is shown below on a Google Earth aerial:

According to the project’s site development plan approved by the city, the “LoHi Offices on 32nd” project will consist of a three-story building featuring two restaurant spaces totaling about 5,000 square feet on the ground floor and approximately 25,000 square feet of office space on the second and third floors. The second floor also includes a mezzanine. Parking for automobiles (54 spaces) and bikes (18 spaces) will be accommodated on part of the ground floor in the rear of the building and on two underground levels. The roof will contain an outdoor terrace for tenants, and a recessed courtyard in the front leads to the building entry and provides patio space for the restaurants.

Here are two renderings, courtesy of Elevate Architecture. The project is being developed by City Street Investors. 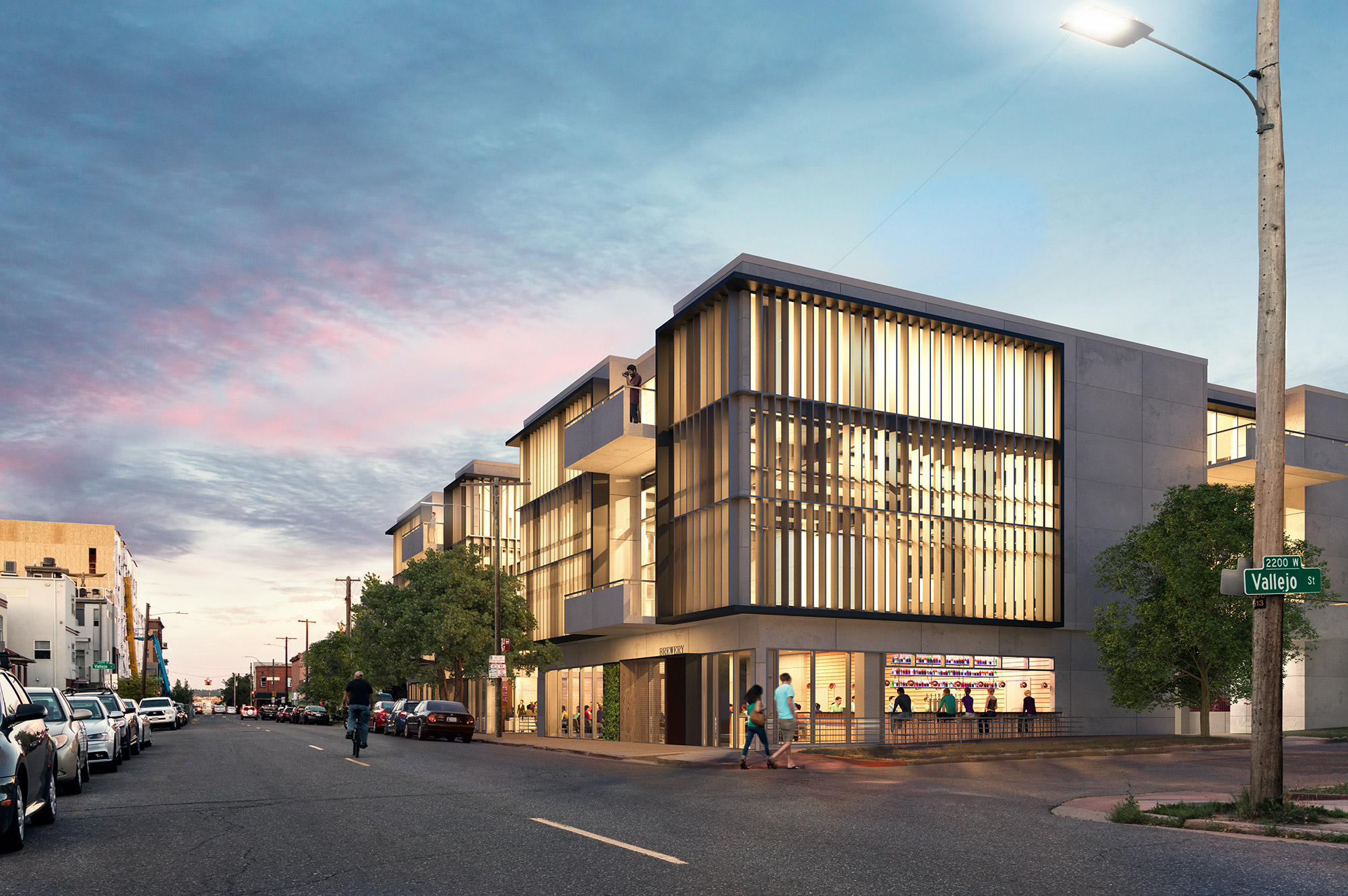 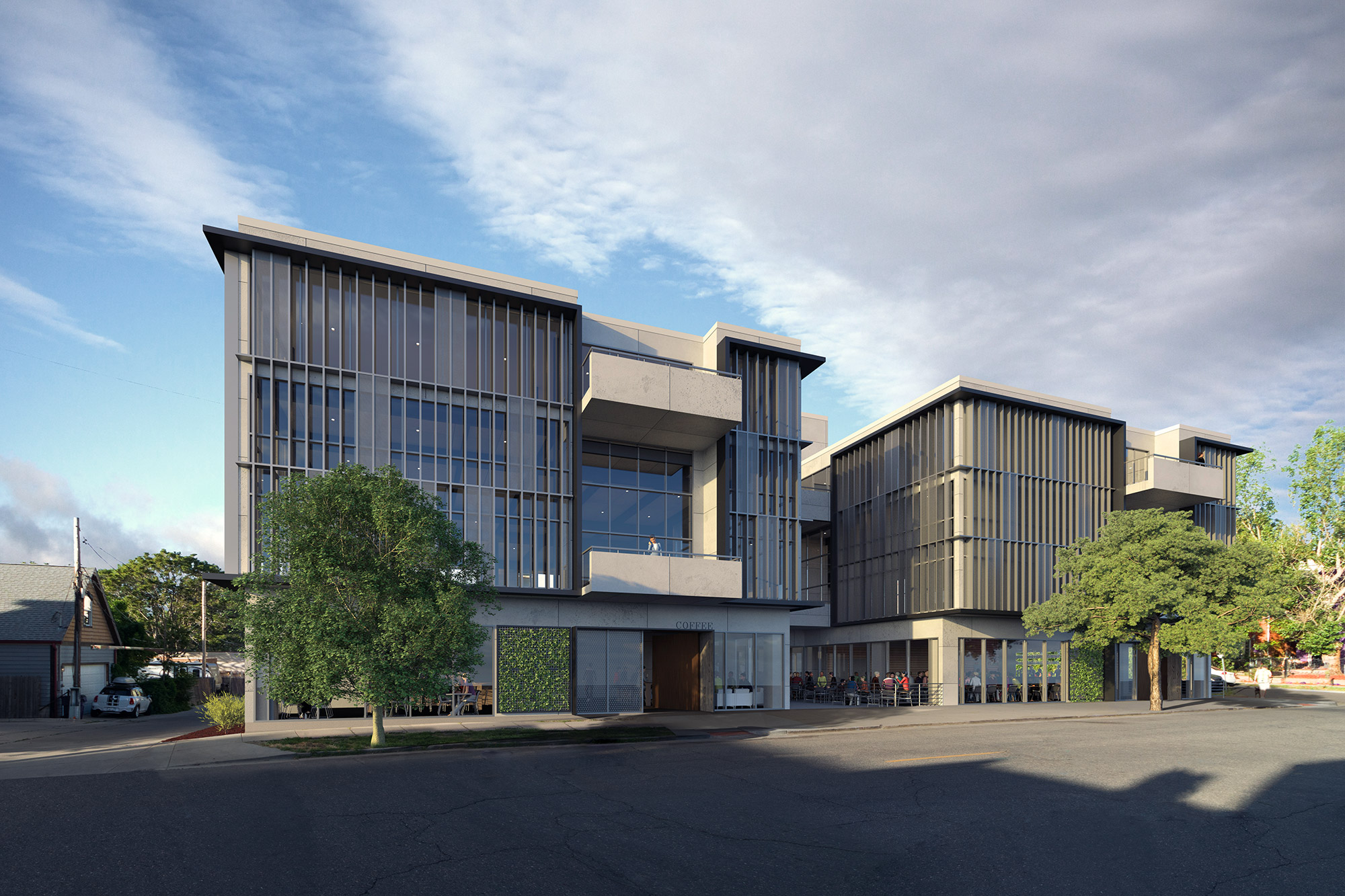 Construction got underway a couple of weeks ago. Here’s the site as of last weekend: 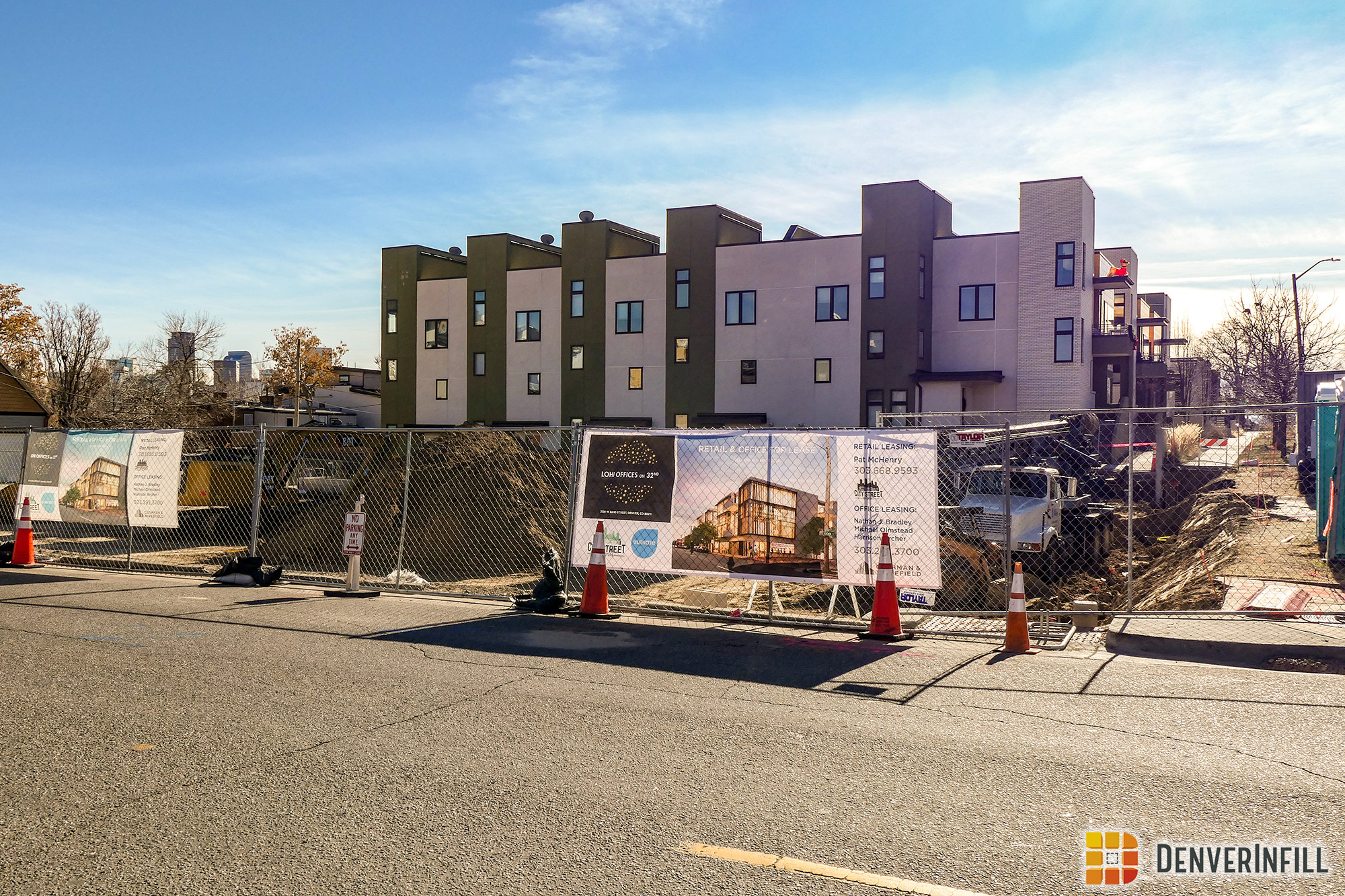 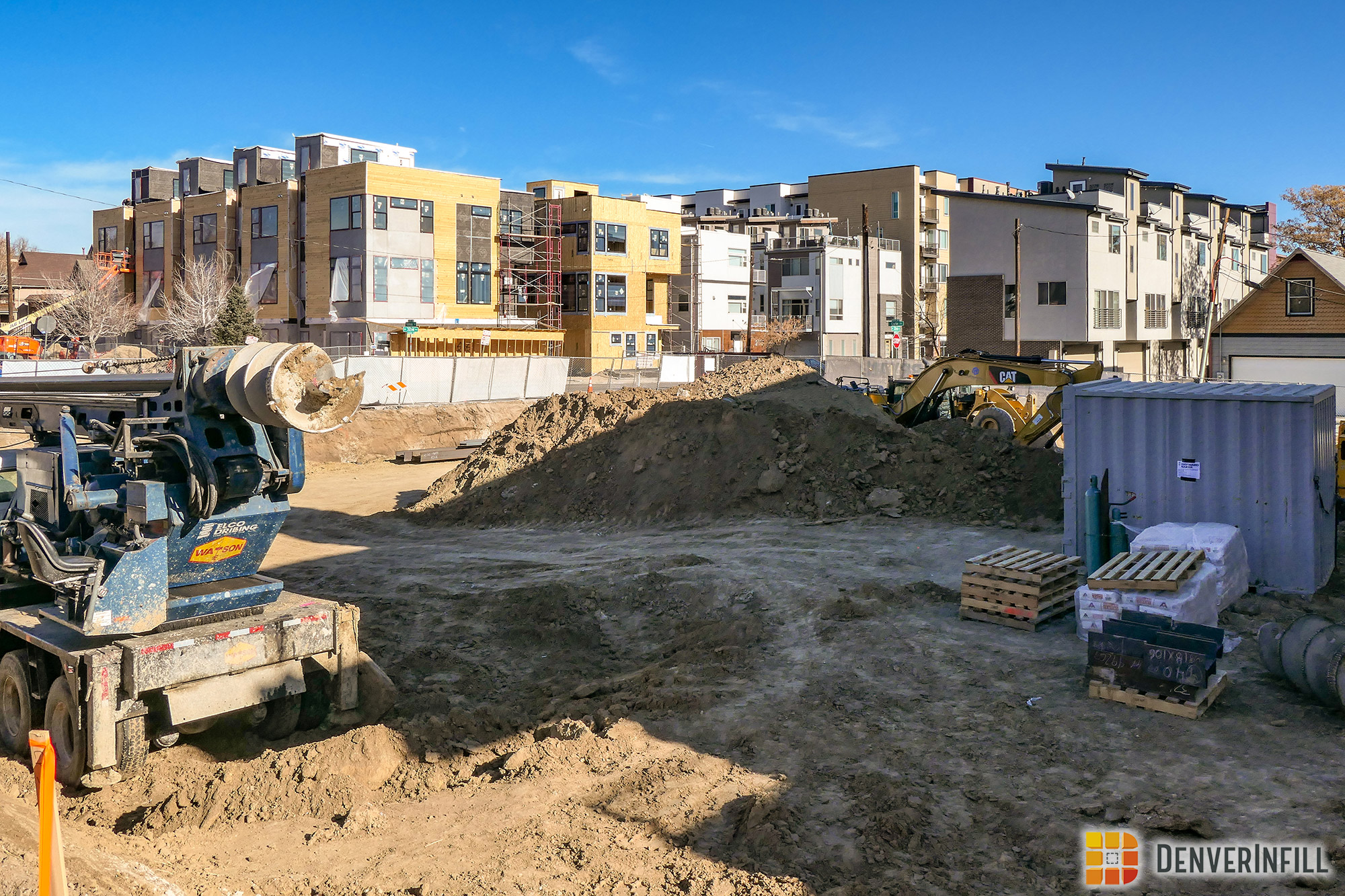 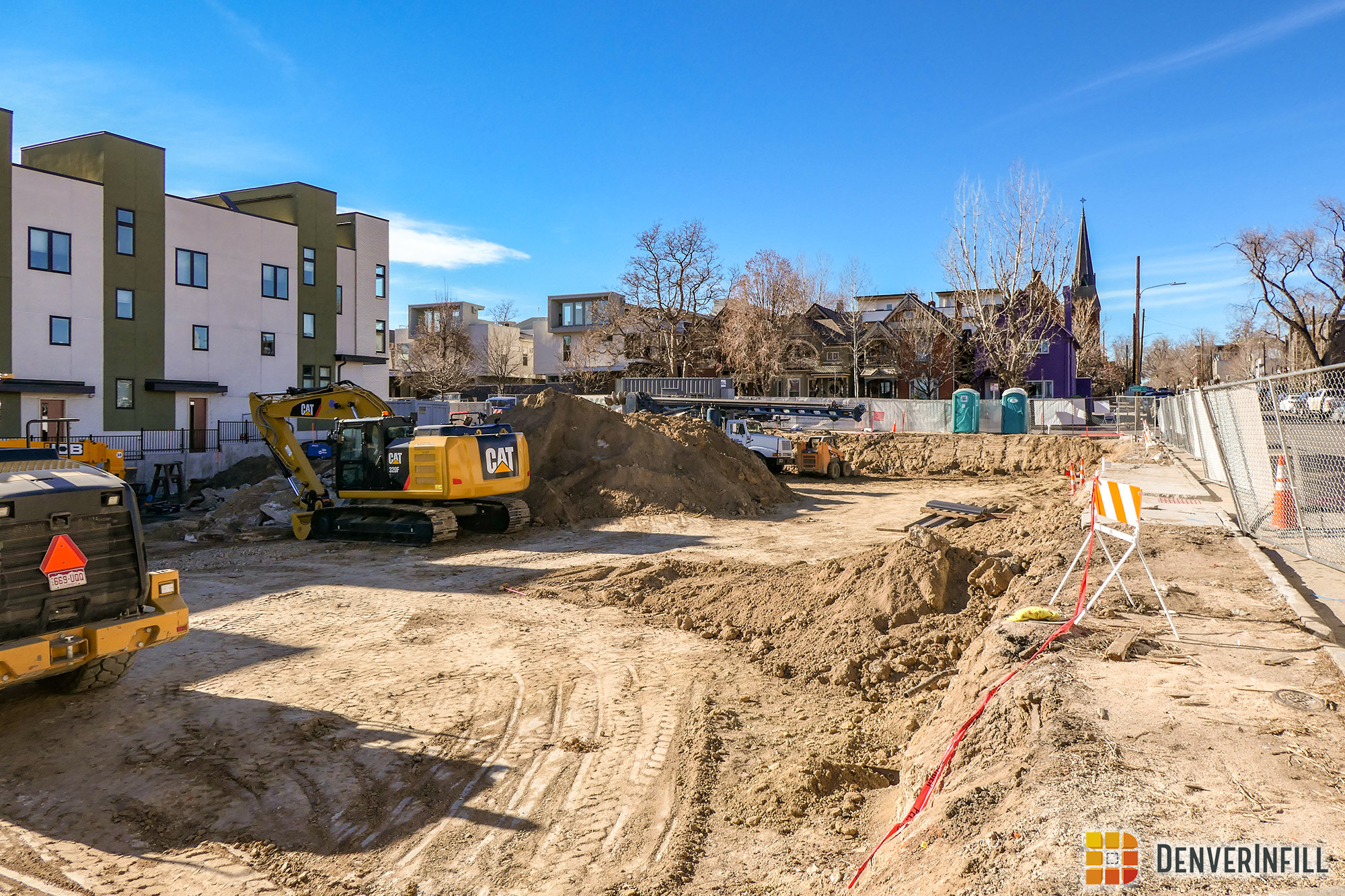 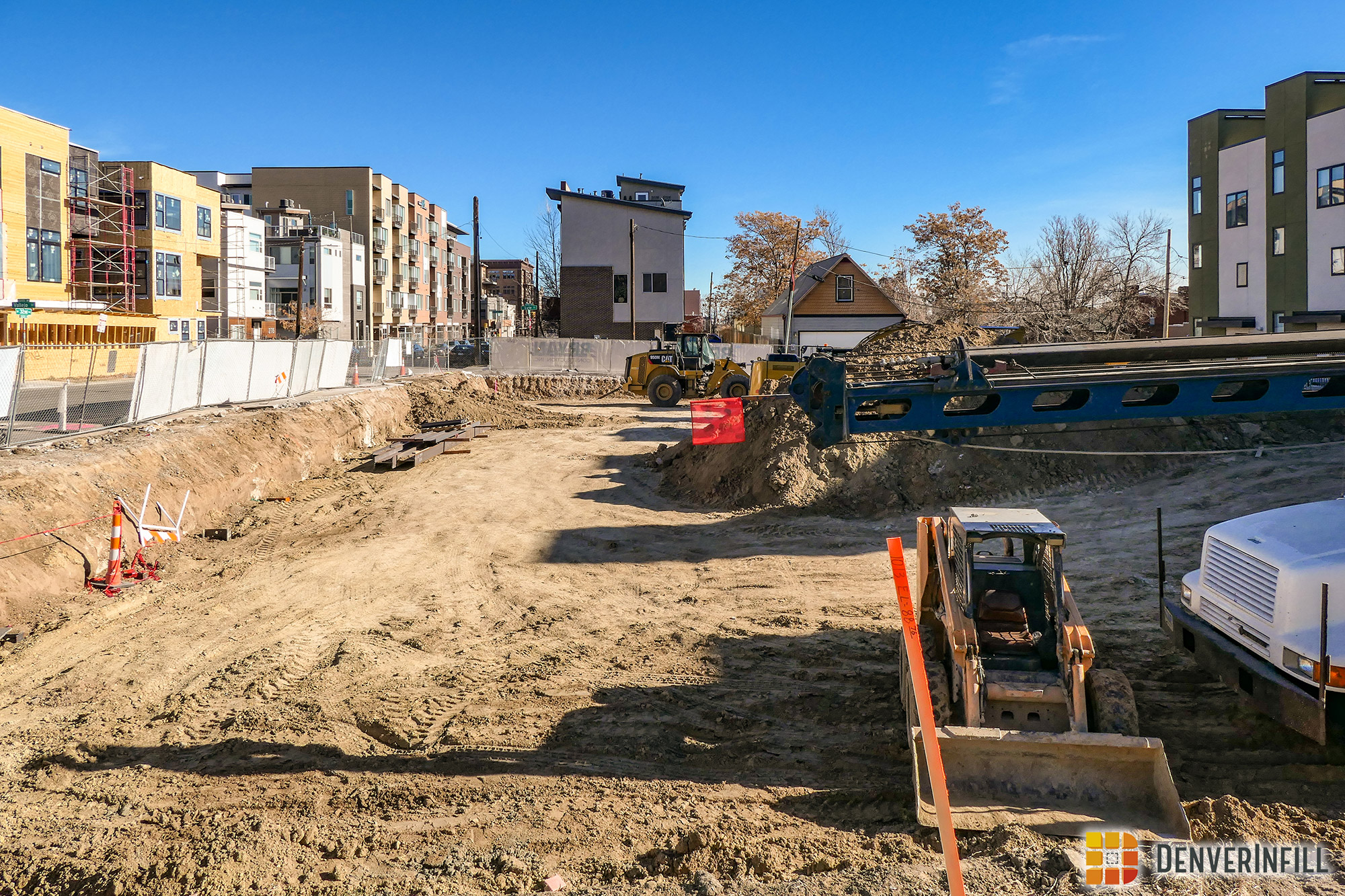 The project’s ground-floor restaurants will contribute to the emerging “restaurant row” along West 32nd Avenue, and the office uses will be a nice complement to the significant number of new homes that have been developed recently in the area.