When we announced PDG Design District back in May, the old, abandoned Kmart had been demolished with cleanup operations underway. As a refresher, this project will provide 342 homes a block away from the Alameda light-rail station.

Below is a site plan of the future of this whole city block, courtesy of D4 Urban, as well as a corresponding aerial. The seven-story PDG Design District will only take part of the west half-block between West Alameda Avenue and West Dakota Avenue. The land directly to the north is under contract for more residential units. In addition, the east side of the block is planned for even more residential units, along with a public plaza. In total, this one block will contain over 900 residential units combined with 35,000 square feet of retail, and 0.64 acres of open space. 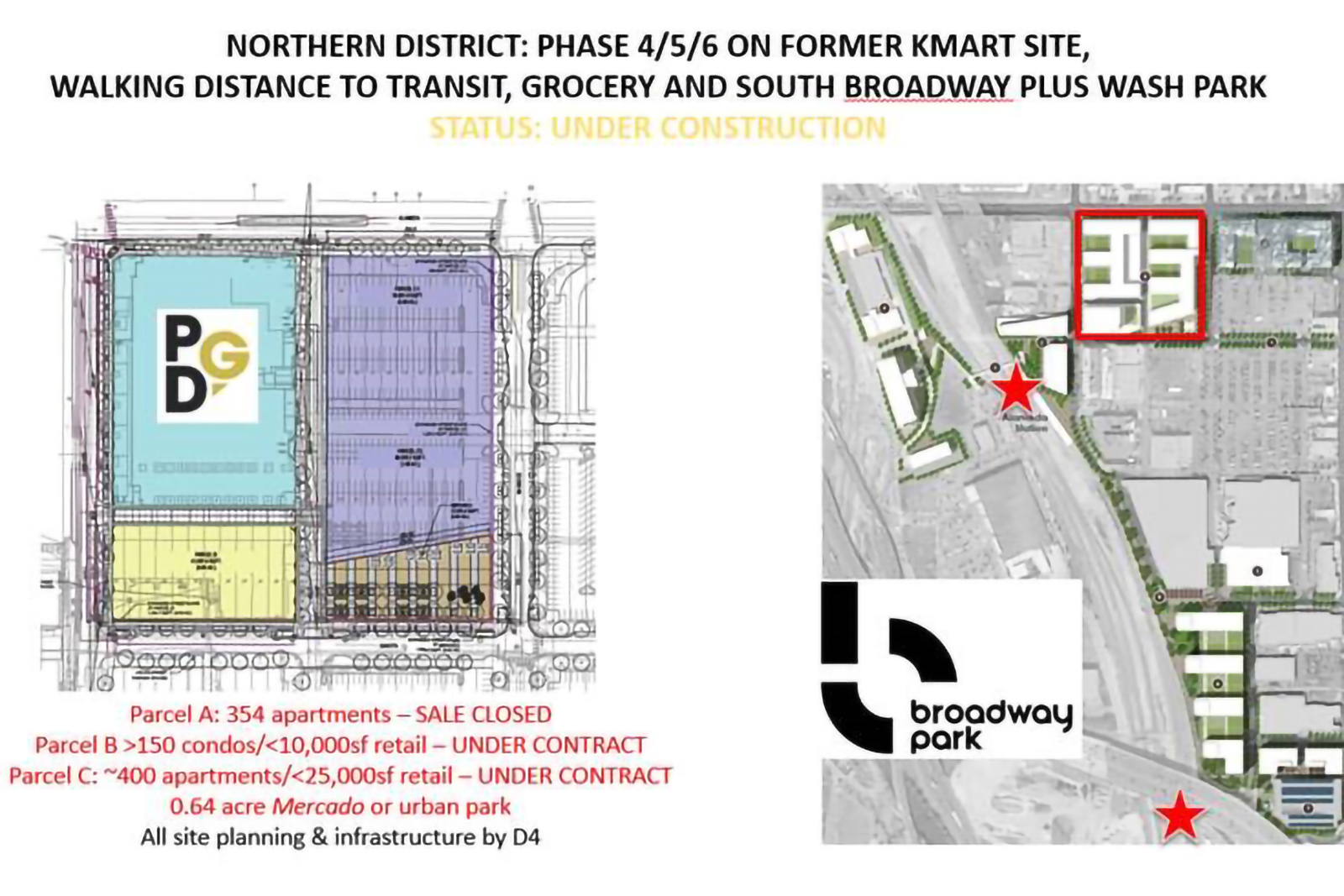 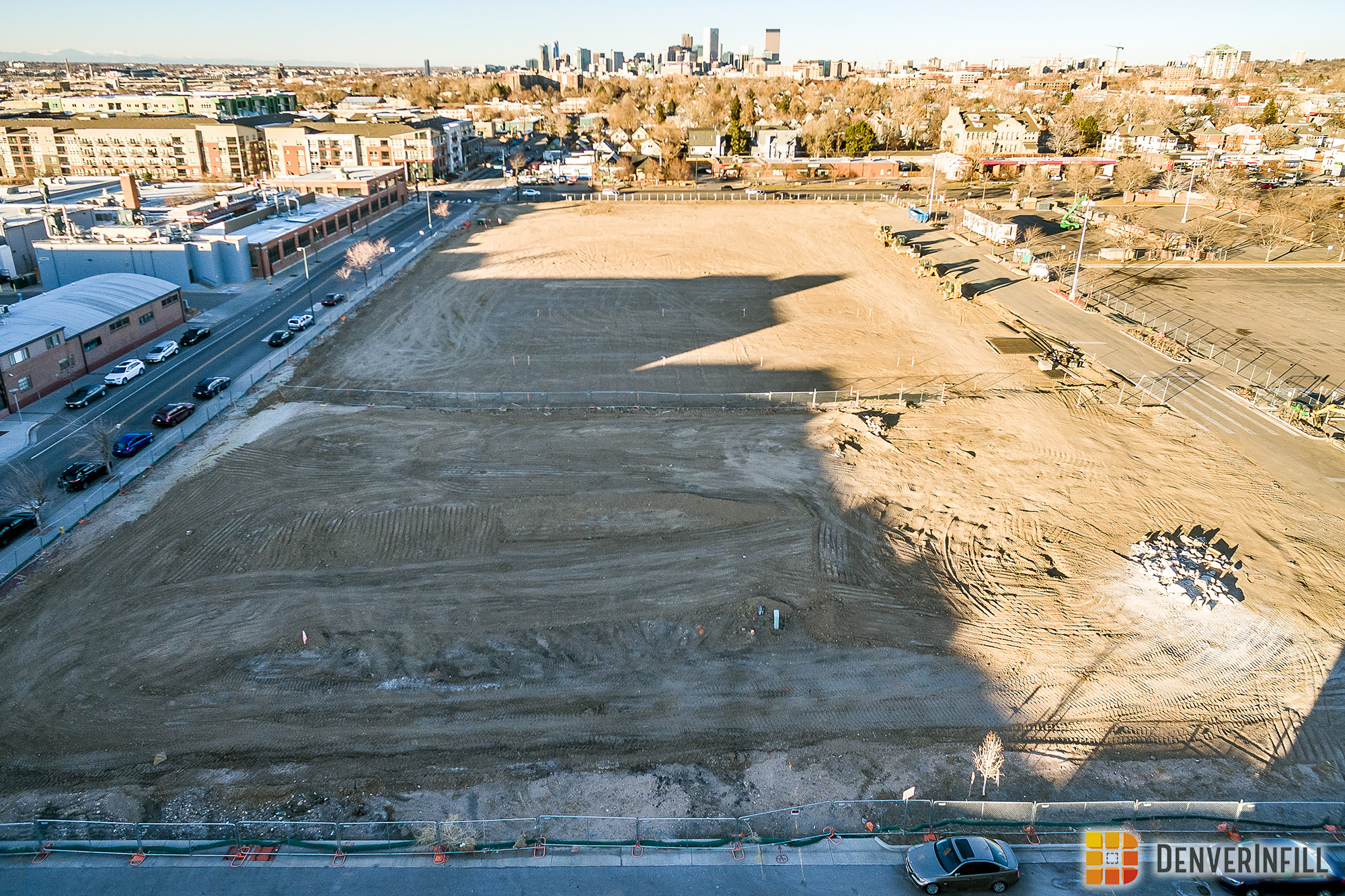 Here are a couple more aerials of the project site from this weekend. 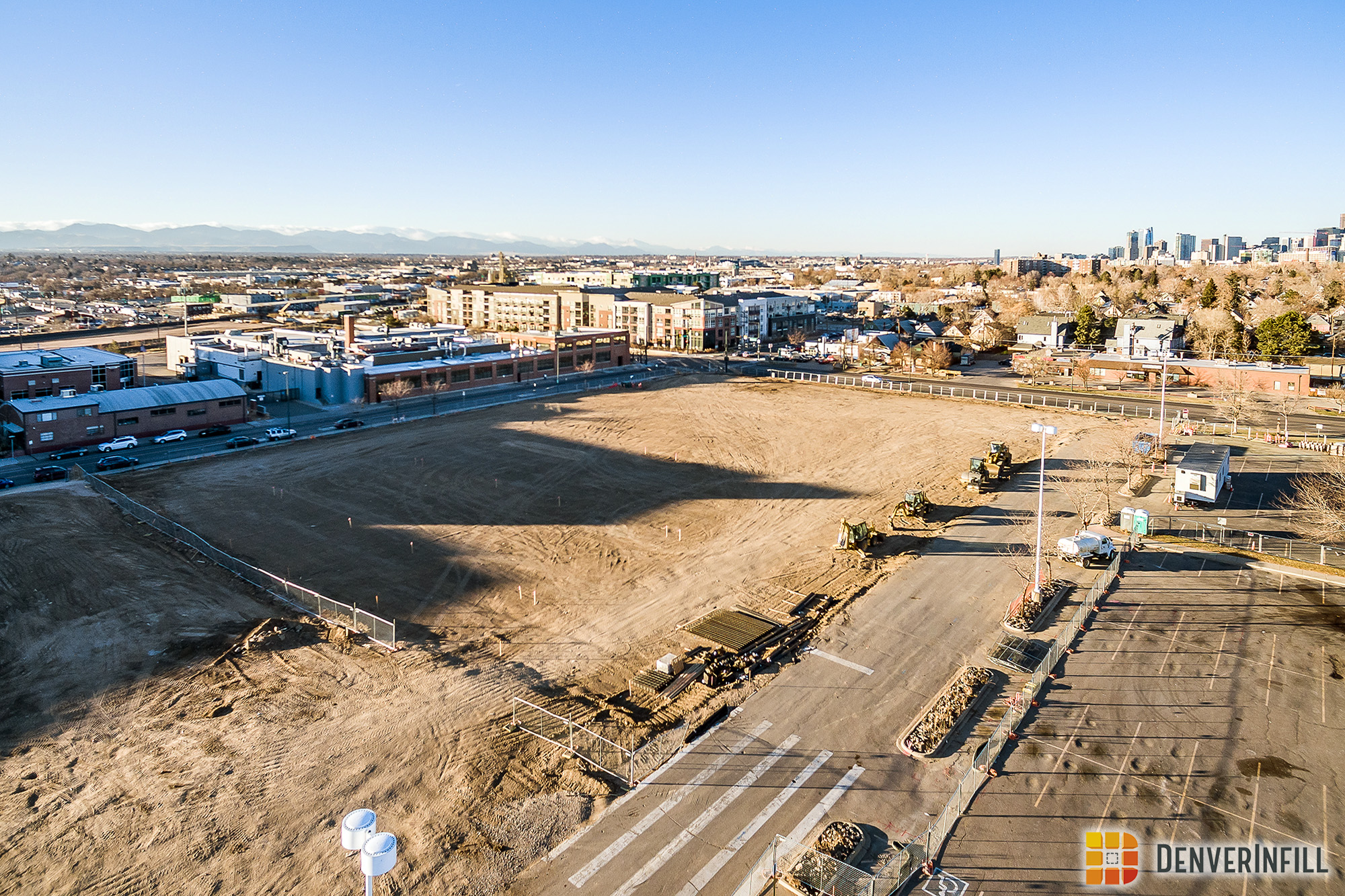 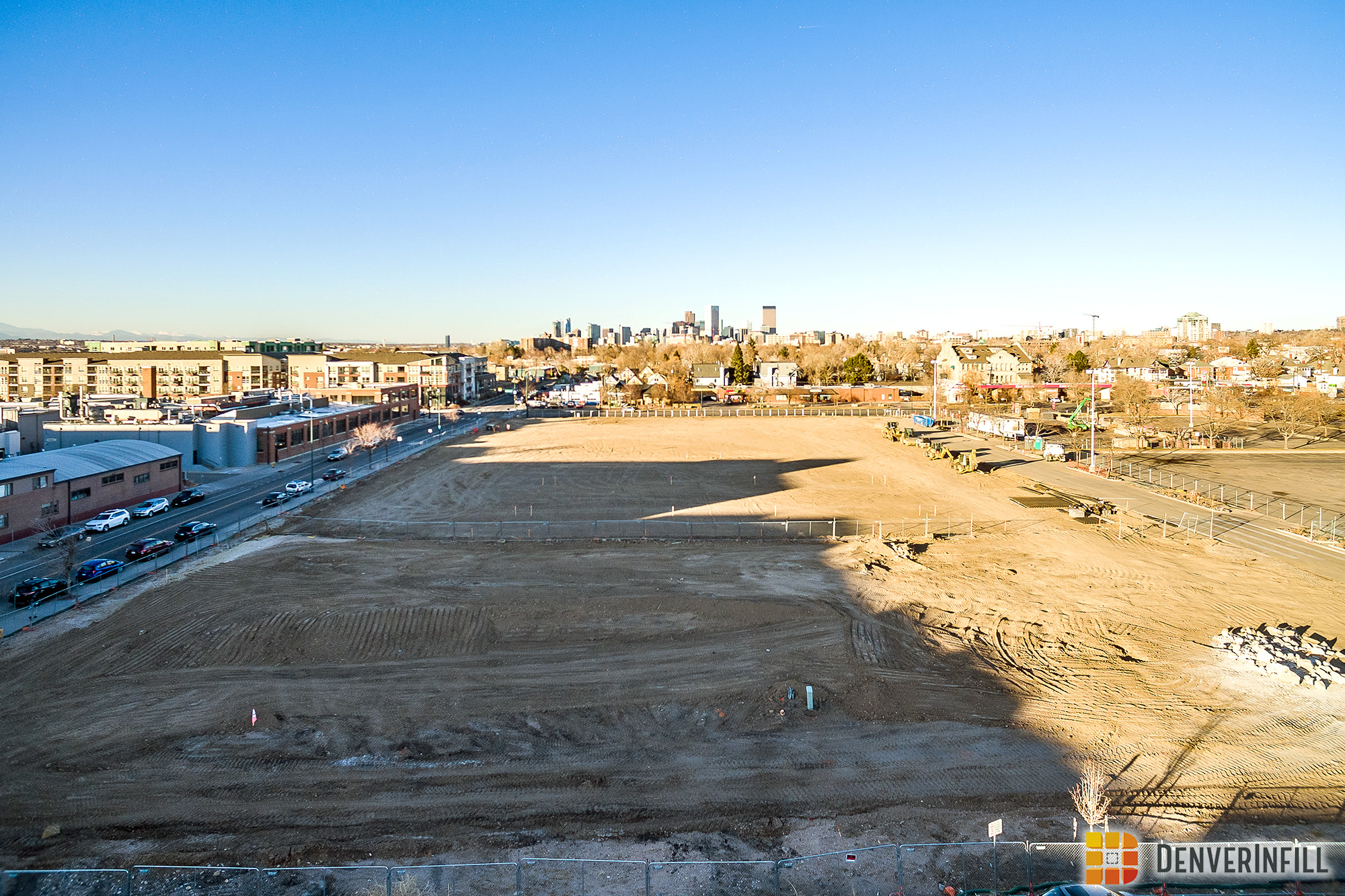 Now that this site has been cleared and excavation work has commenced, we should start to see this project fully under construction in the coming weeks.