A new hostel may be built across the street from the 30th and Downing transit station in Denver’s Five Points neighborhood.

Denver-based Mainspring Development is planning to develop a five-story hostel (potentially named Cabarita House) at 3030 Welton, currently an empty lot. The site is located across Welton from RTD’s light rail station on the L line. Below is a Google Earth aerial with the site outlined, along with a Google Street View image of the vacant parcel. 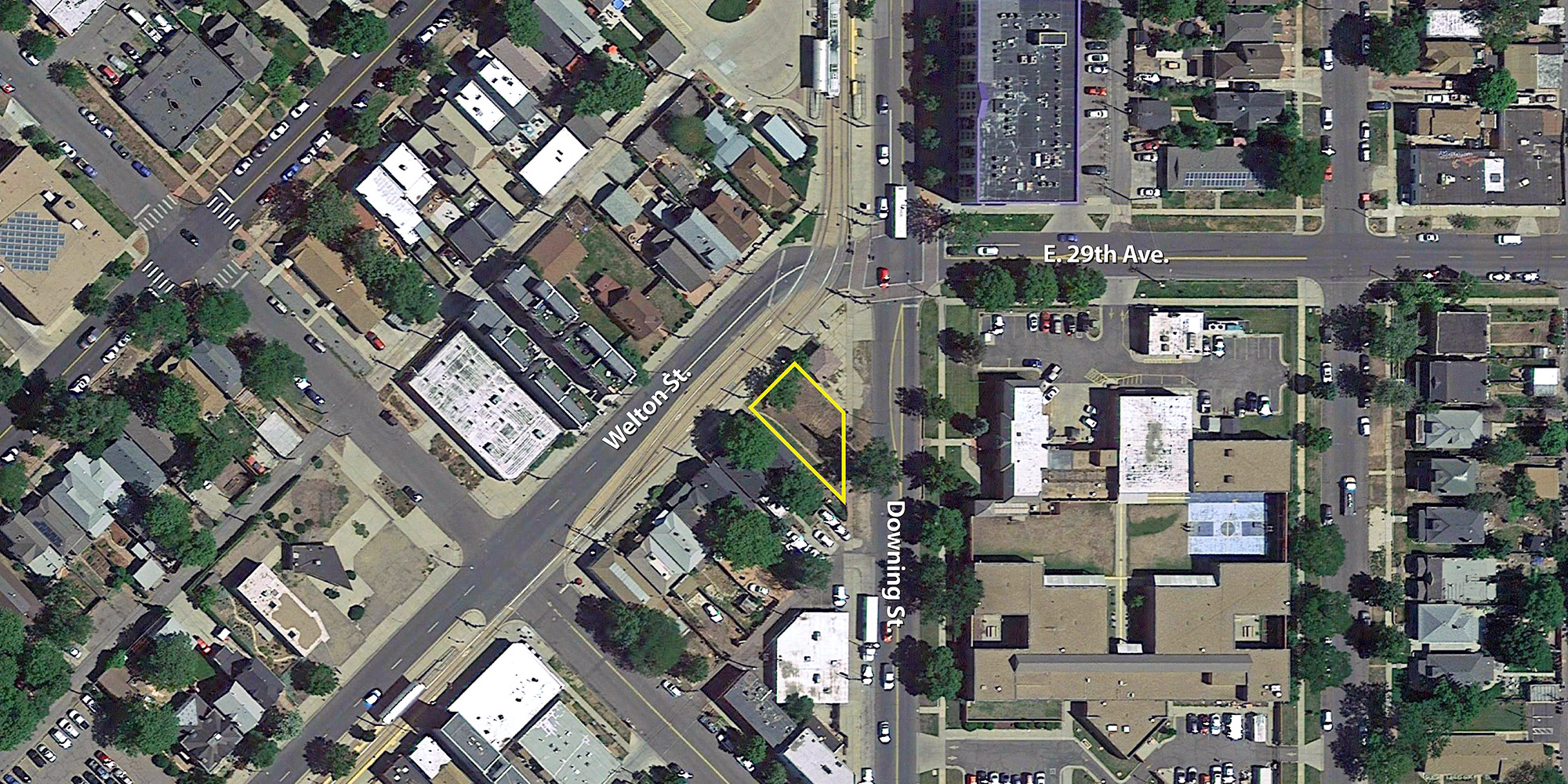 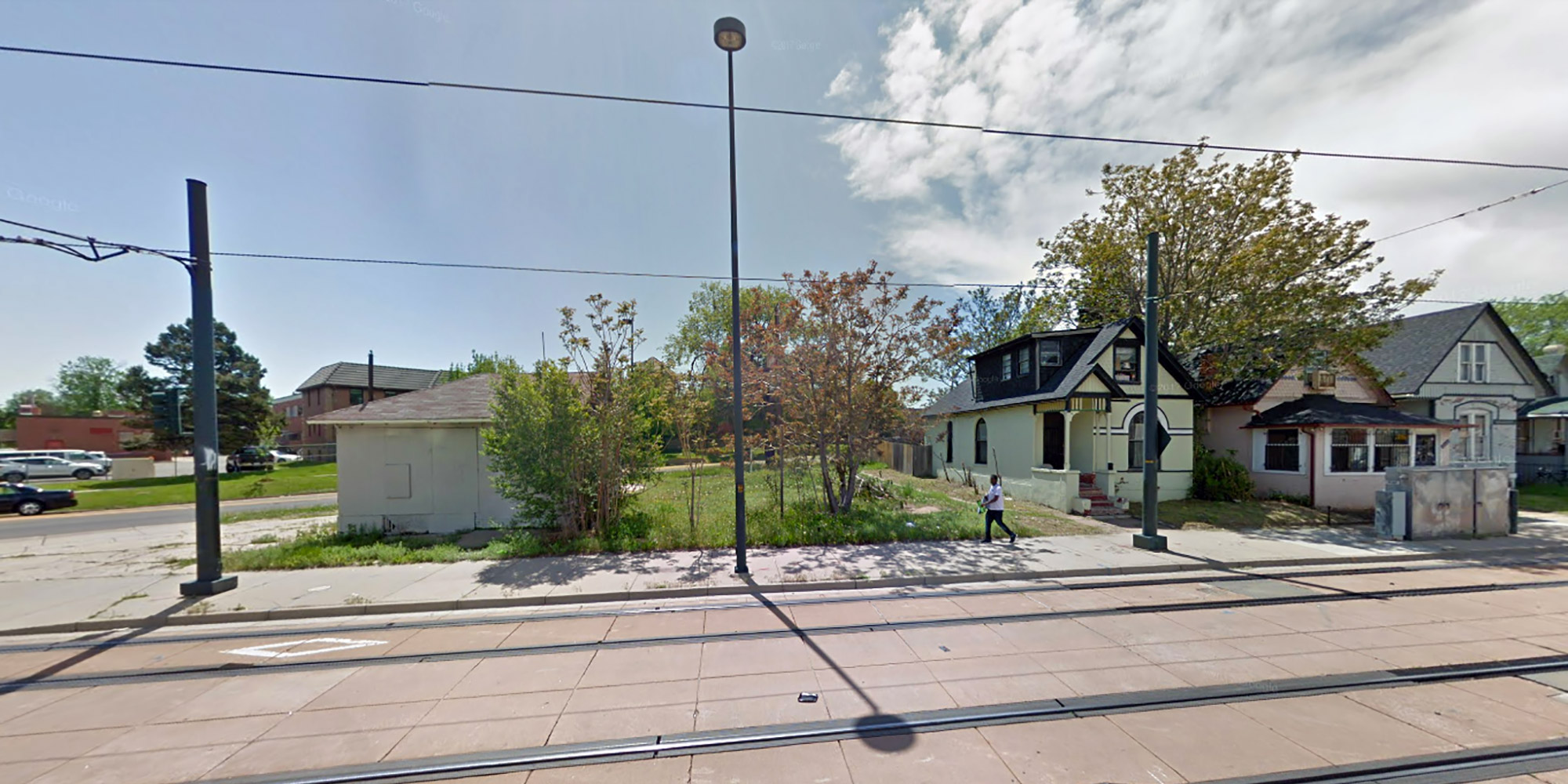 The project’s initial Concept Plan was filed with the city during the summer of 2018. The project has since advanced to the Site Development Plan phase, which was submitted to the Denver planning office on March 5, 2019. The project is still under review.

According to plans on file with the city, the project would stack up as follows:

The ground-floor would include a small retail space facing the sidewalk and six automobile parking spaces in the rear of the building. Private guest rooms would be located on Floor 2 while dormitory-style guest rooms would be found on Floors 3 and 4. The top floor would contain guest check-in and a lounge. Storage and laundry facilities would be located in the basement. For more information on the project, check out this BusinessDen article from earlier this month.

The concept renderings presented below are courtesy of Mainspring and the project architect, Semple Brown. These renderings should be considered as preliminary and subject to change and refinement, given that the project is still under review and has not yet received its final approvals from the city. 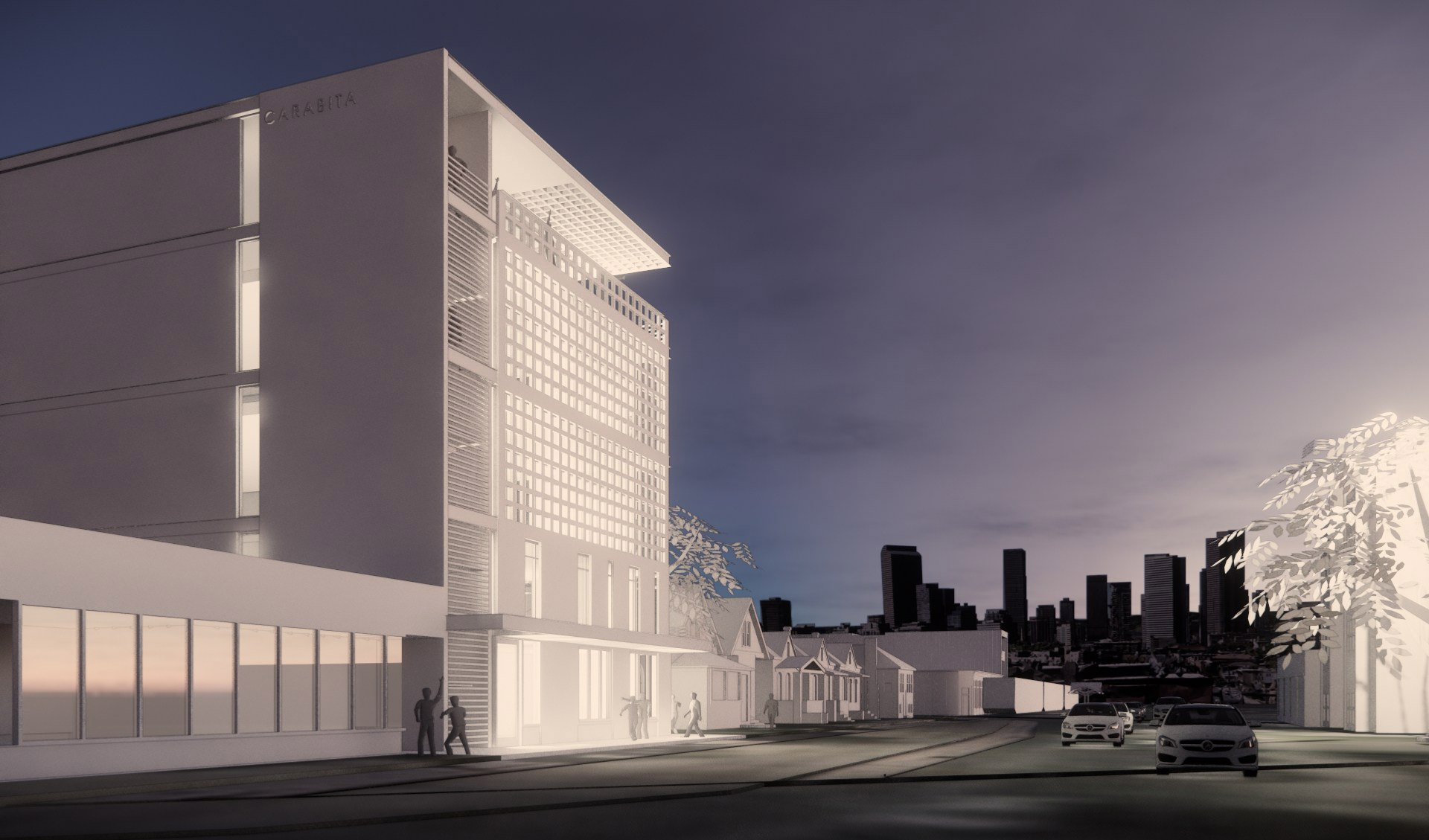 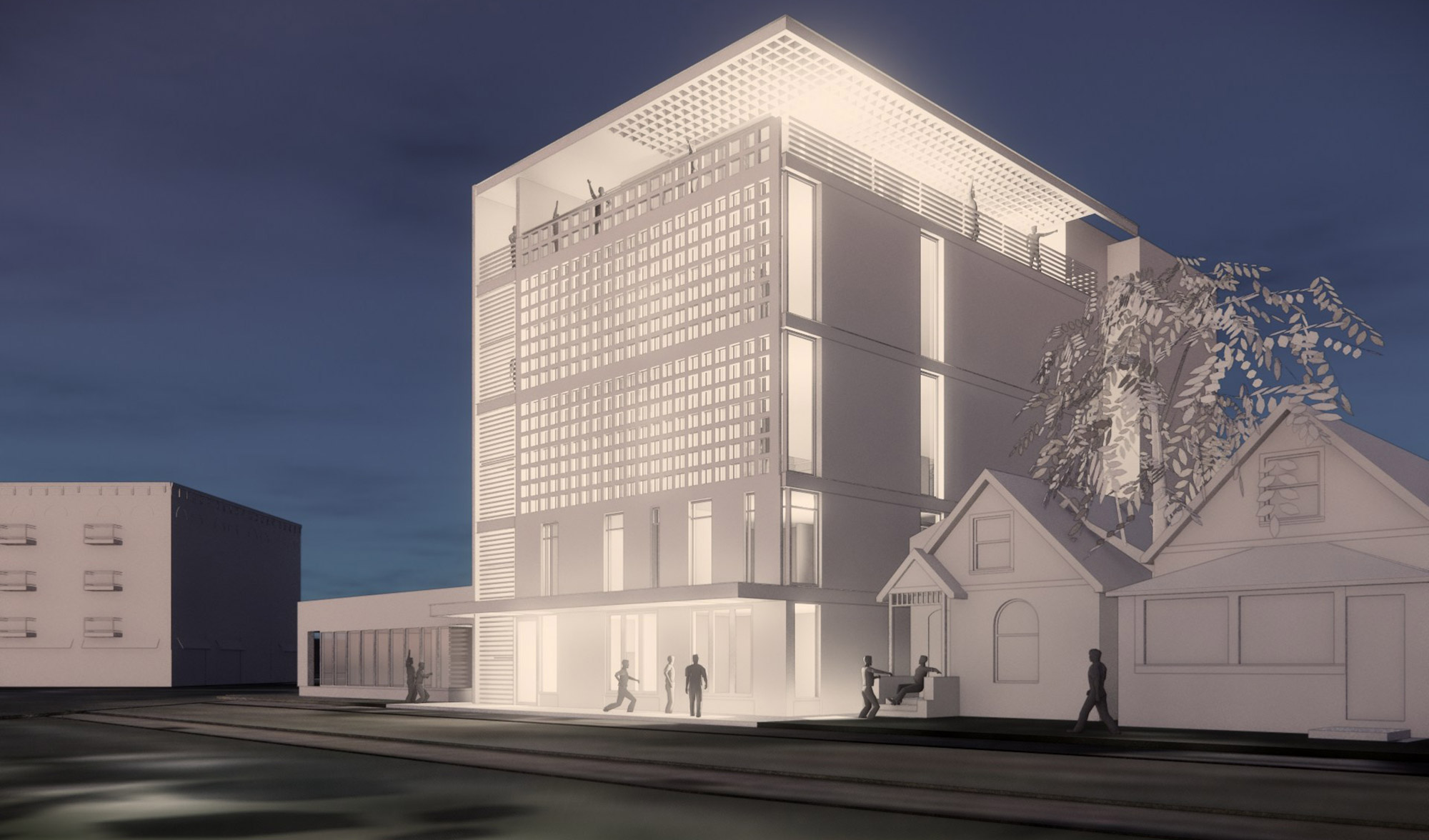 If all goes as planned, construction may begin in 2020.