99 South Broadway, a new apartment building directly along Broadway in Baker, is shaping up nicely. This project has recently topped out with facade work now underway. As a refresher, 99 South Broadway replaced a single story bank and a lot that was mostly surface parking. It will eventually provide Baker with 238 apartment units and 13,200 square feet of retail along Broadway.

Let’s begin the update with looking at the project from both corners along Broadway. As you can see, most of the exterior insulation is complete with facade work beginning under the scaffolding. 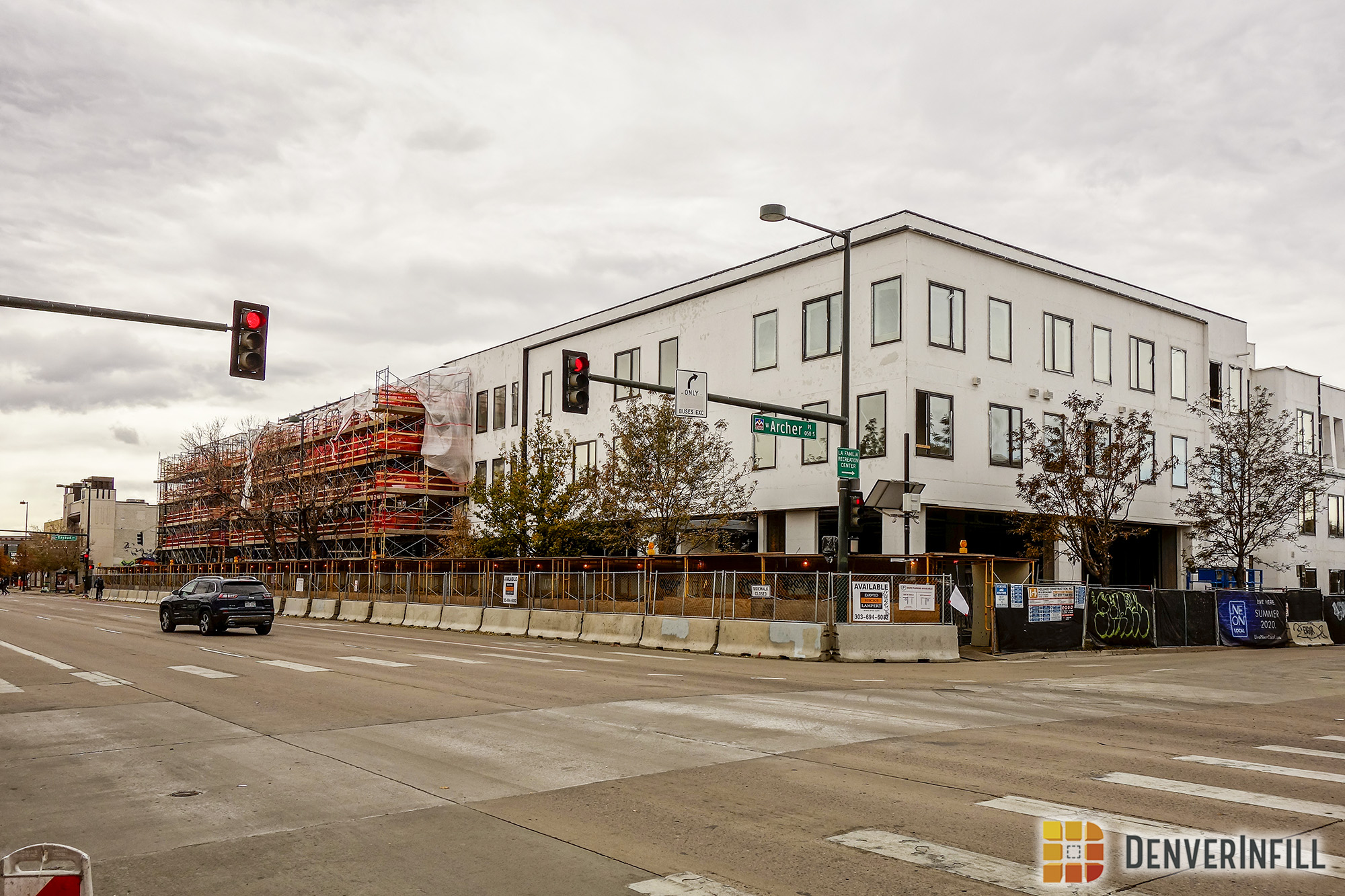 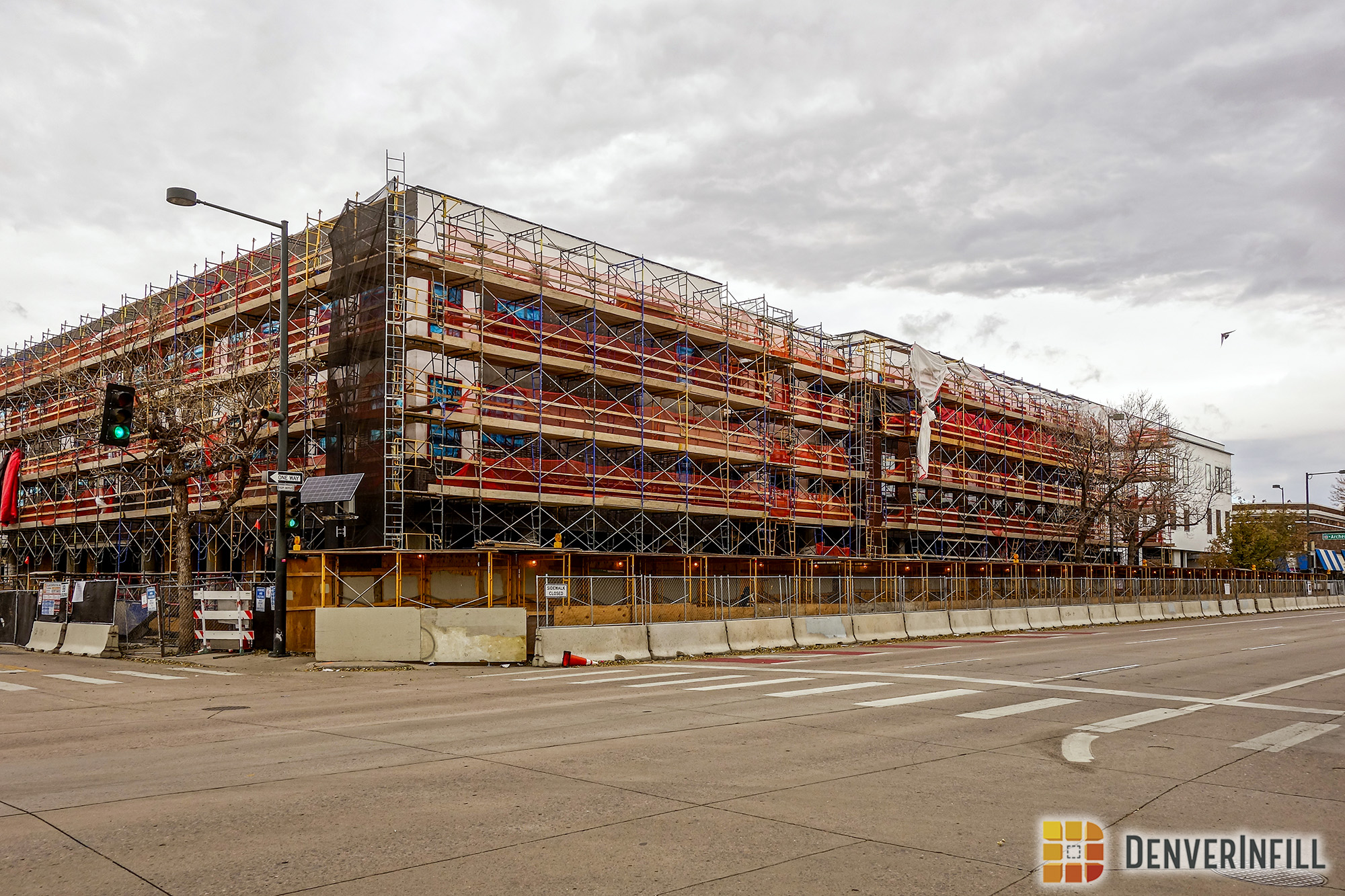 Continuing around the project, here are a couple of views from both West Bayaud Avenue and West Archer Place. The wood framing on the west end of the project was recently put up but has also reached the maximum height. 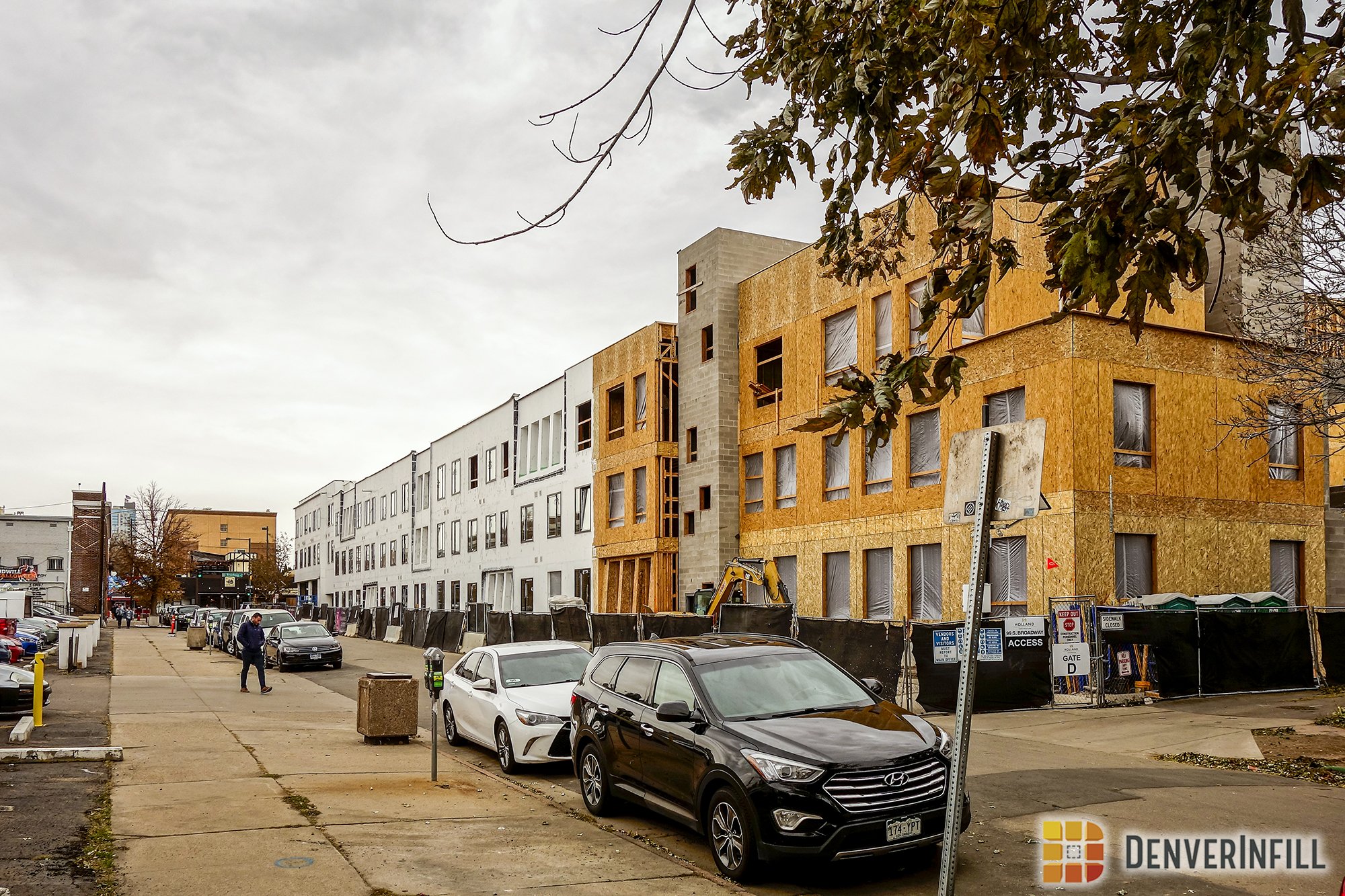 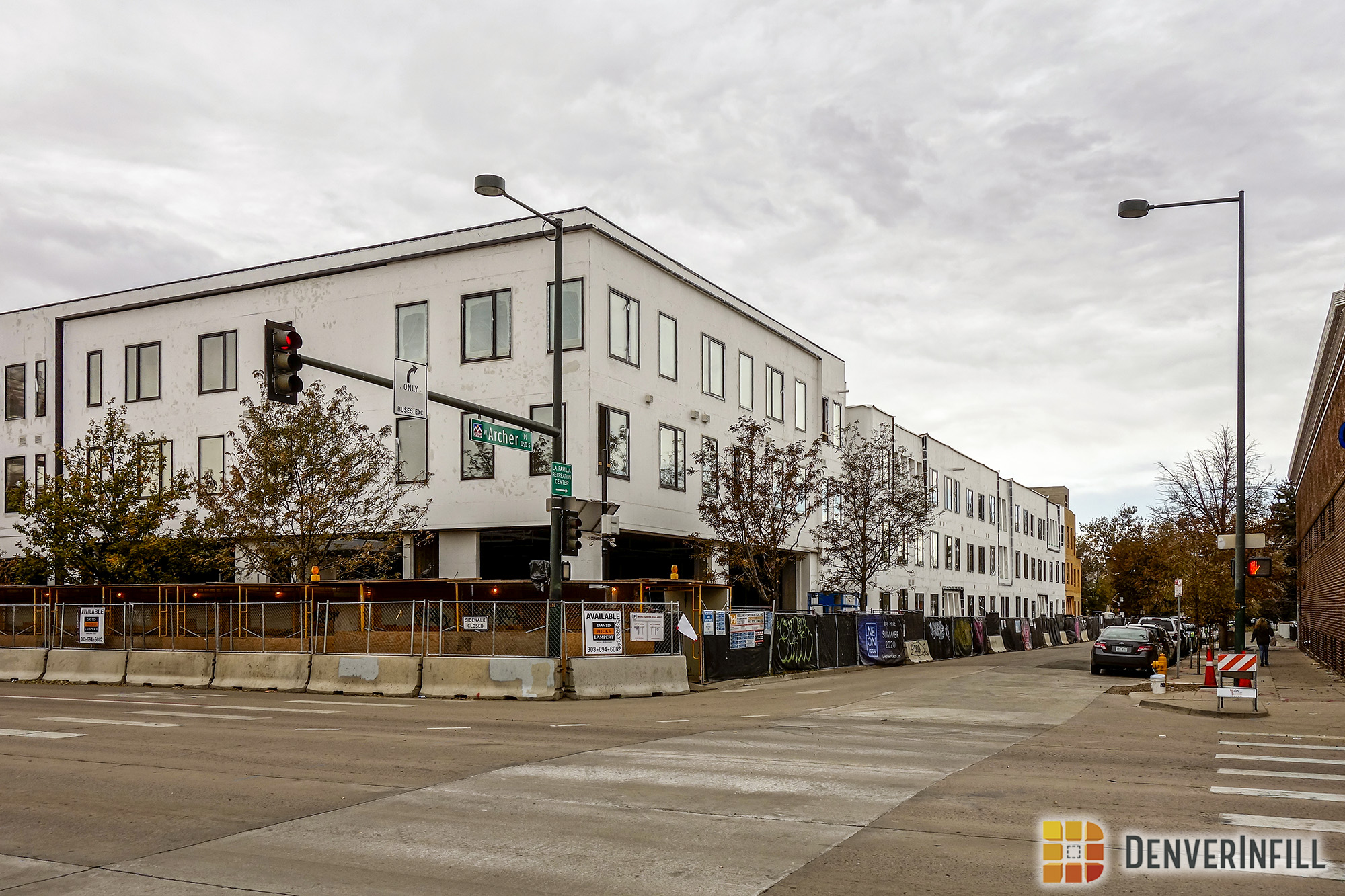 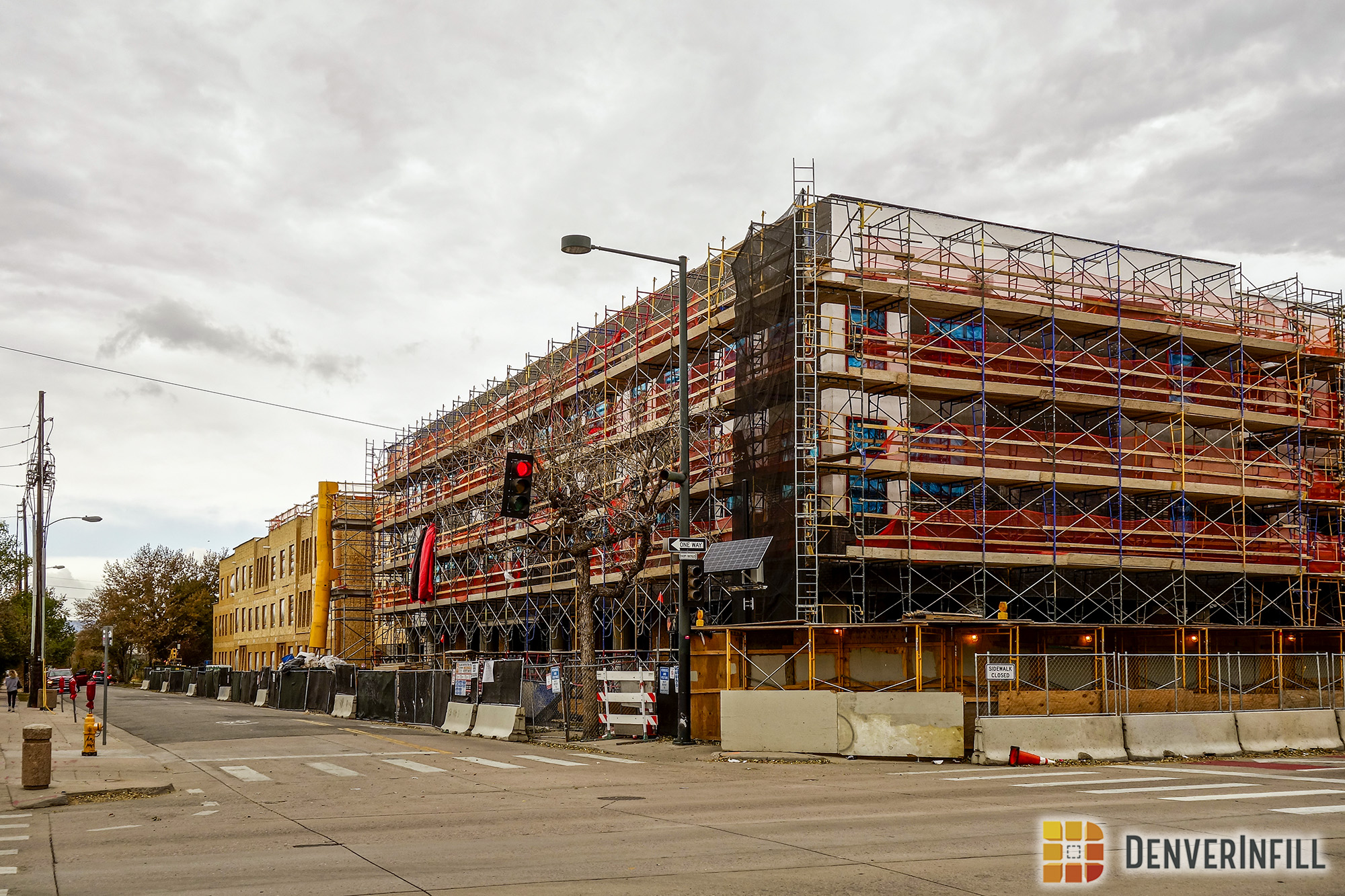 Here is one last look at the facade, which is a bit hard to see through the scaffolding and gloomy skies. Along Broadway, the facade will feature primarily brick, so this should look pretty sharp upon completion. 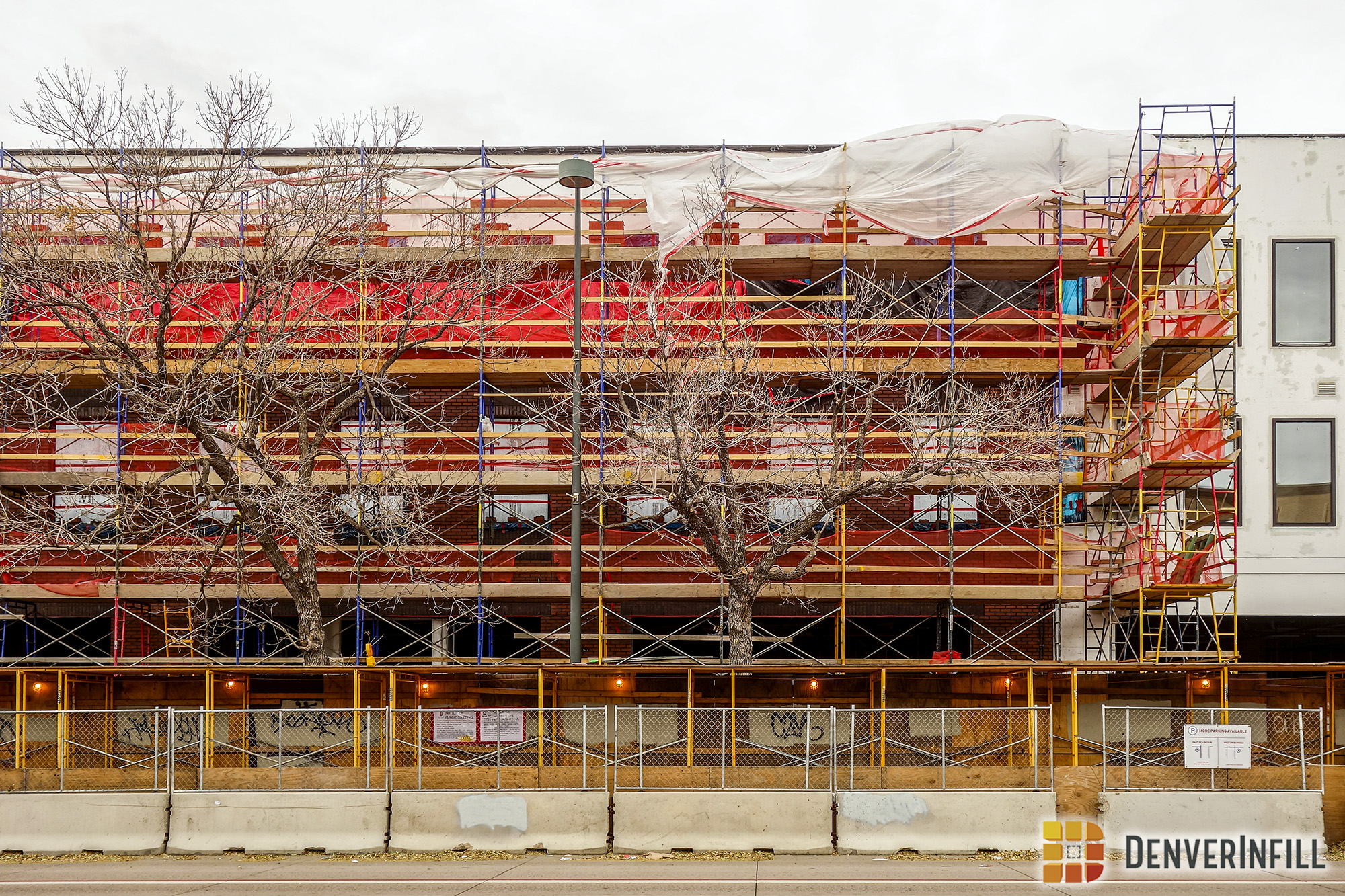 It’s great to see this block of Broadway transform into something that will contribute much more to the neighborhood versus what was there previously.