Plans for 990 Bannock Submitted to City

Last March we reported that Lennar Multifamily Communities was planning a residential tower at 10th and Acoma. The following day we announced that Lennar had plans for a second tower on the same block at 10th and Bannock (990 Bannock). In that post, we didn’t know much about 990 Bannock other than it was planned to be 15 stories and that the five-story, 1980s-era office building on the property was being demolished. Today, the site is being used for construction staging for the now-underway 10th and Acoma tower.

On February 7, 2020, a Concept Plan was submitted to the Denver planning department for 990 Bannock by Shears Adkins Rockmore architects on behalf of Lennar; consequently, we have more details about what this project may include.

According to the Concept Plan, the proposed development will be 14 stories in height and include 205 homes along with 4,600 square feet of ground-floor retail and parking for 234 automobiles and 103 bicycles. The diagram below, obtained from the Concept Plan, shows the general massing and form of the proposed building. The more articulated structure on the right is the project’s under-construction sibling at 10th and Acoma. 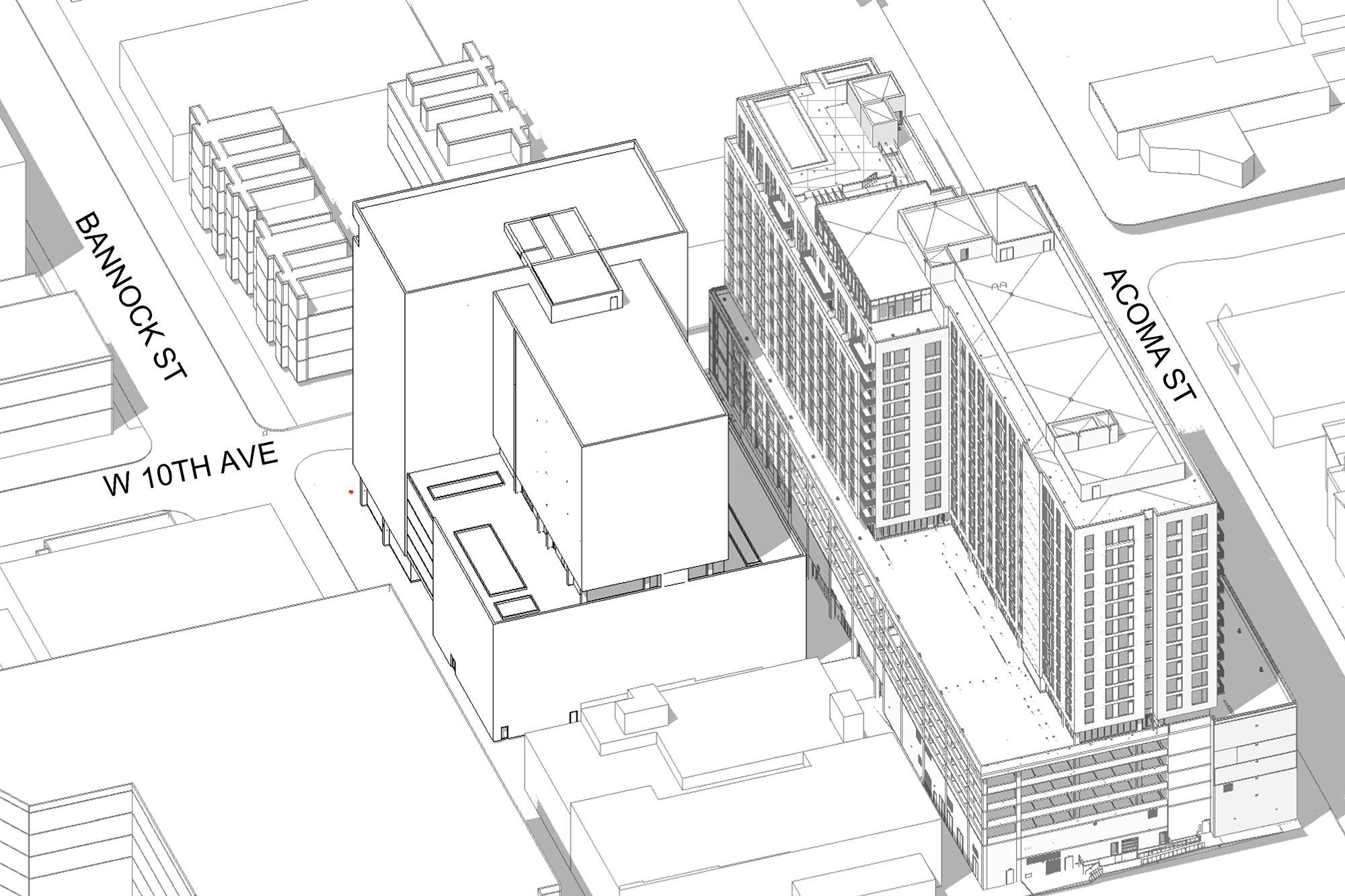 Here’s how the proposed tower would stack up:

Time for our usual disclaimer: The first step in the city’s development review process is the filing of a Concept Plan application with the planning office. City planning staff review the project concept and have a conversation with the developer about feasibility, zoning and design issues, and other factors the developer will have to take into consideration before the project can move on to the next step. Therefore, the project’s design and specifications at this Concept Plan stage are preliminary and may change significantly before formal plans are submitted to the city for review.

Lennar has big plans for the Golden Triangle. Stay tuned for our next post…