I just returned from a long holiday weekend in Montreal. It was my first time to that city and it was awesome. Montreal is nicely urban and dense with a great metro system, but it also felt very approachable and non-intimidating. Anyway, as is always the case, I come back from a trip like this with a ton of photos and examples to share of what other cities are doing that we could do here in Denver to improve our urban environment.

For our first example, let’s talk about bidirectional on-street bike lanes. In Denver, our major off-street bike trails, like along Cherry Creek or the Platte River, are bidirectional, but do we have anything in Denver like these examples below from Montreal? 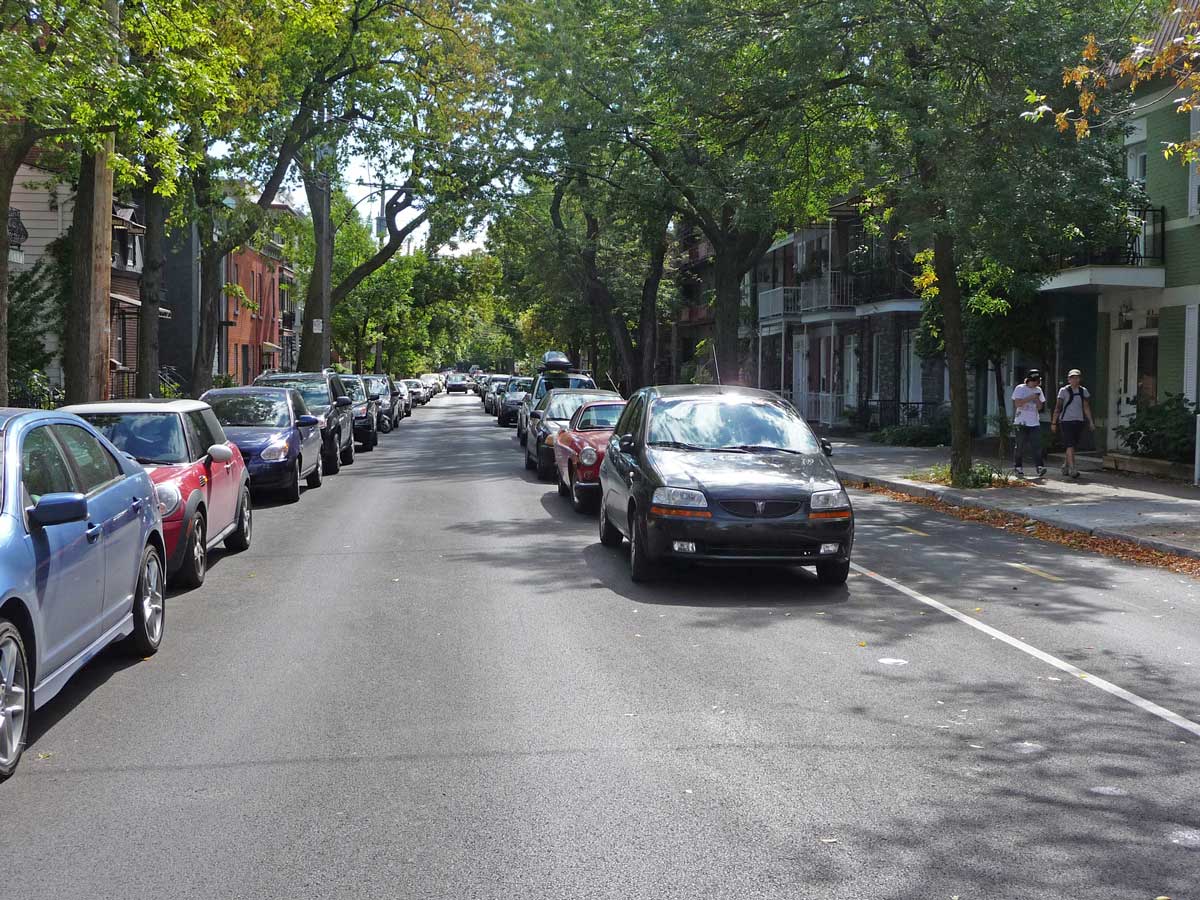 The street in Montreal without curbs was a local residential street with very little traffic. The street with curbs was a bit more of a major neighborhood street, something similar to, say, E. 11th Avenue in Capitol Hill.

I saw many examples of this in Montreal; in fact, I think I saw more bidirectional on-street bike lanes than unidirectional lanes. They appear to treat bicycles as a true transportation mode worthy of its own system within the public right-of-way rather than as something you accommodate if there’s enough room on the street to paint a few lines without inconveniencing the motor vehicle system too much.

By the way, the city is currently updating its bicycle and pedestrian master plans through an effort called Denver Moves. If you are interested in this issue and want to provide feedback to the city on this important topic, please get involved in Denver Moves. For more info, visit: http://denvermoves.org/