Today, for the third part of our grand opening coverage, we are going to head to the front of the station to take a look at the progress being made at Wynkoop Plaza. On DenverInfill, the last time we covered Wynkoop Plaza was back in September, when the granite pavers were not even in place yet. A lot has changed in eight months!

The passageway between the commuter rail train hall and Wynkoop Plaza is now open. On the South Wing building, there are two patio spaces along this passageway along with a patio space on the plaza itself. The patio with the red umbrellas belongs to the Thirsty Lion and the other patio, that is currently empty, is for a future tenant who should be occupying the space within the next few months. 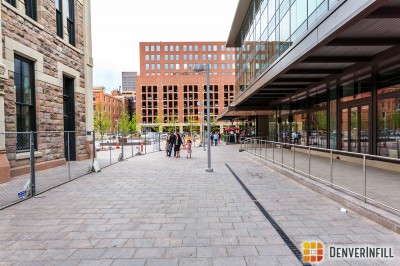 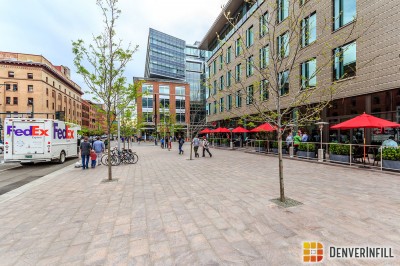 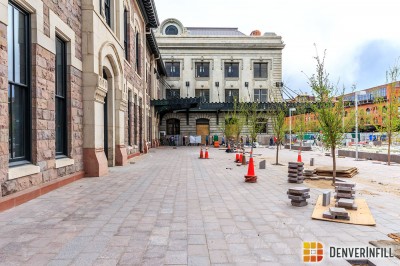 The north side of Wynkoop Plaza is in a similar situation. The portion in front of the North Wing building is complete and work is wrapping up in front of the historic station. 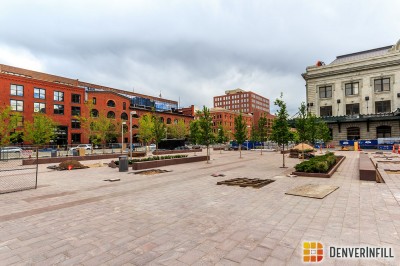 Later this week, we will be looking at the two wing buildings exclusively so you will be able to see, in more detail, how the buildings interact with the plaza. We still have more grand opening coverage coming your way; up next: a unique perspective of the grand opening ceremonies!