Celebrating the restoration of Downtown Denver’s urban fabric—that is, replacing Downtown’s ugly surface parking lots with new buildings—is the primary focus of this blog. So, the announcement of this new infill project is particularly satisfying, as SkyHouse Denver will eliminate a big chunk of nasty asphalt that has plagued Downtown Denver’s urban landscape for decades. We’re talking the corner of Broadway and East 18th Avenue:

On the east is Lincoln, on the north is East 18th Avenue, on the west is Broadway, and on the south is the Mile High Center. Across Broadway to the west is the Brown Palace Hotel.

SkyHouse Denver will be developed by the Novare Group along with Baston-Cook Development. The high-rise development includes a 25-story, 354-unit apartment tower with ground-floor retail situated on the west half of the site facing Broadway and a 6-story parking garage on the east side of the site facing Lincoln. If all goes as planned, the project will break ground in late 2014.

Thanks to the good folks from the Novare Group and their design partners at SRSS Architects, here’s a rendering of the project as viewed looking east: 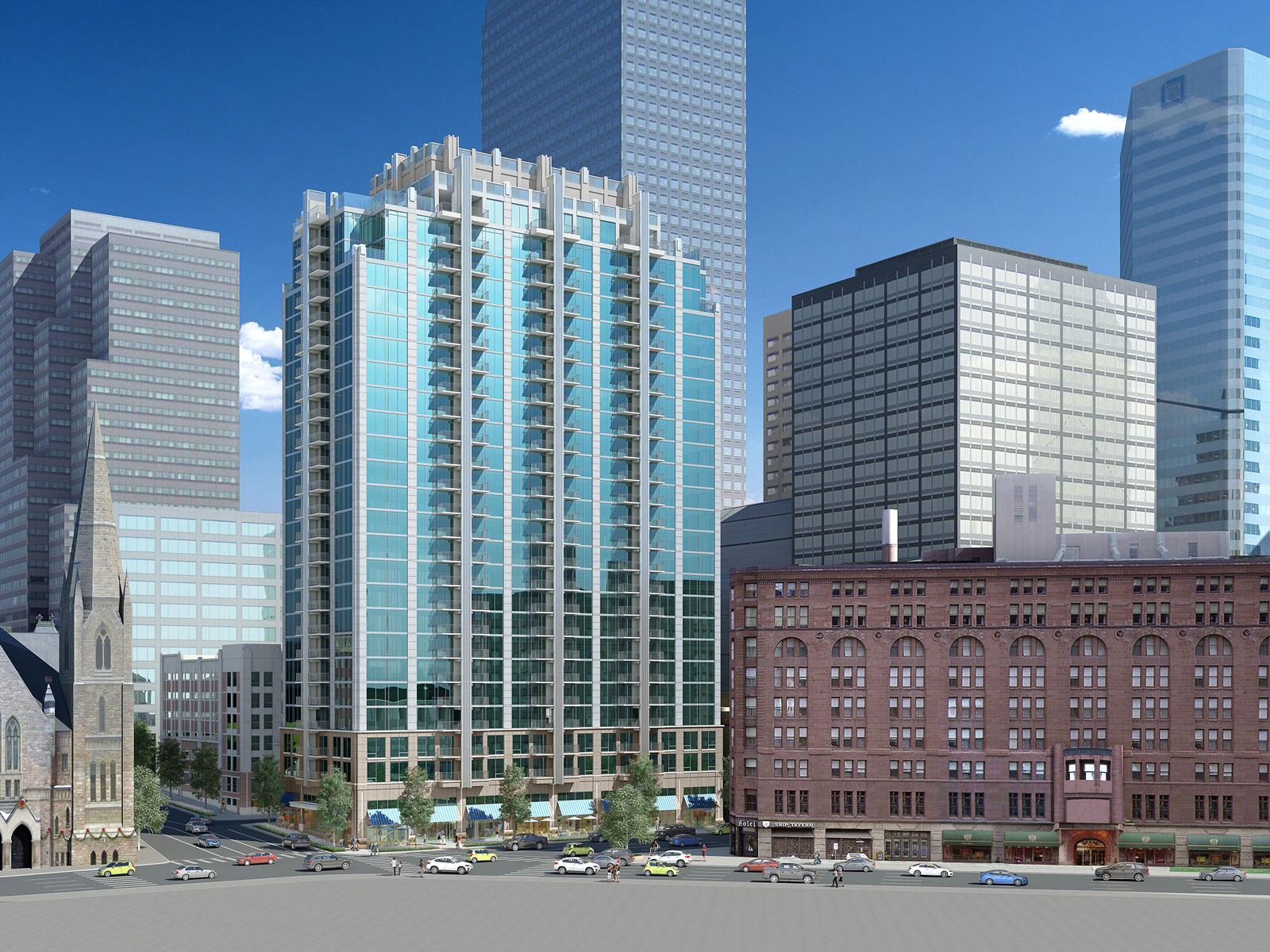 SkyHouse is one of several apartment communities with a similar design developed by Novare in other cities such as Atlanta, Houston, Orlando, and Austin. The development includes a pool, fitness center, lounge, and other amenities on the 25th floor.

For you long-time DenverInfill readers, you may recall this site, located on Block 003-B, was one of five nominees in our great “Downtown Denver’s Worst Parking Lot” contest of 2007. While it didn’t win—that dishonor when to the embarrassing asphalt wasteland on Block 039 in Lower Downtown (that still exists today)—Block 003-B is still a parcel in dire need of development. The site was once the home to the stately Cosmopolitan Hotel and the Hotel Metropole before they were demolished in 1984.

Let’s hope SkyHouse Denver rises from the ground as planned and contributes to the ongoing restoration of Downtown Denver’s urban fabric! We’ll keep you posted as this project works its way through the development review and preconstruction design process.