It’s been six months since our January 2014 review of the status of Downtown Denver’s many multifamily residential projects, so it’s time for an update!

First, a quick note about our tracking criteria: Projects included in the map and tables below are those that are (a.) new construction multifamily residential—rental or for-sale, (b.) ten units or more, (c.) completed, under construction, or proposed since January 2012, and (d.) located within a 1.5-mile radius of a geographic central point (17th and Arapahoe) in Downtown Denver. Projects outside of the green circle but within the extent of the Google Earth aerial image are not shown. A project is included in the Proposed category if (a.) a development application has been filed with the city, (b.) the specific project location is known, and (c.) the number of units is known. We have not blogged yet about several of the projects in the Proposed list as renderings and other details are not yet available. Don’t forget to check out our Project Map on the right sidebar for all the infill projects we’re tracking here at DenverInfill. 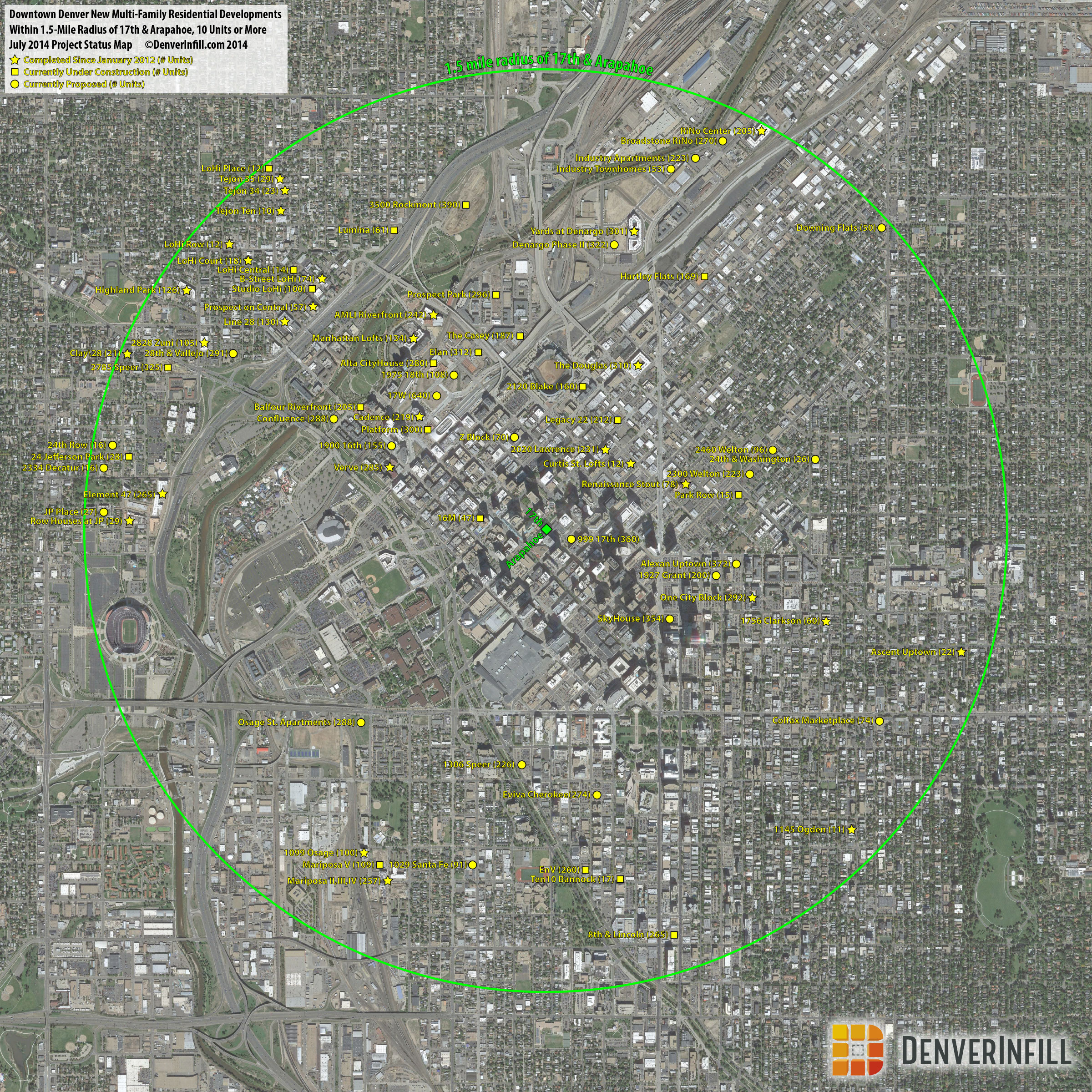 Next is our table with the project details. Click on the table to view at full size or click here for a PDF version. 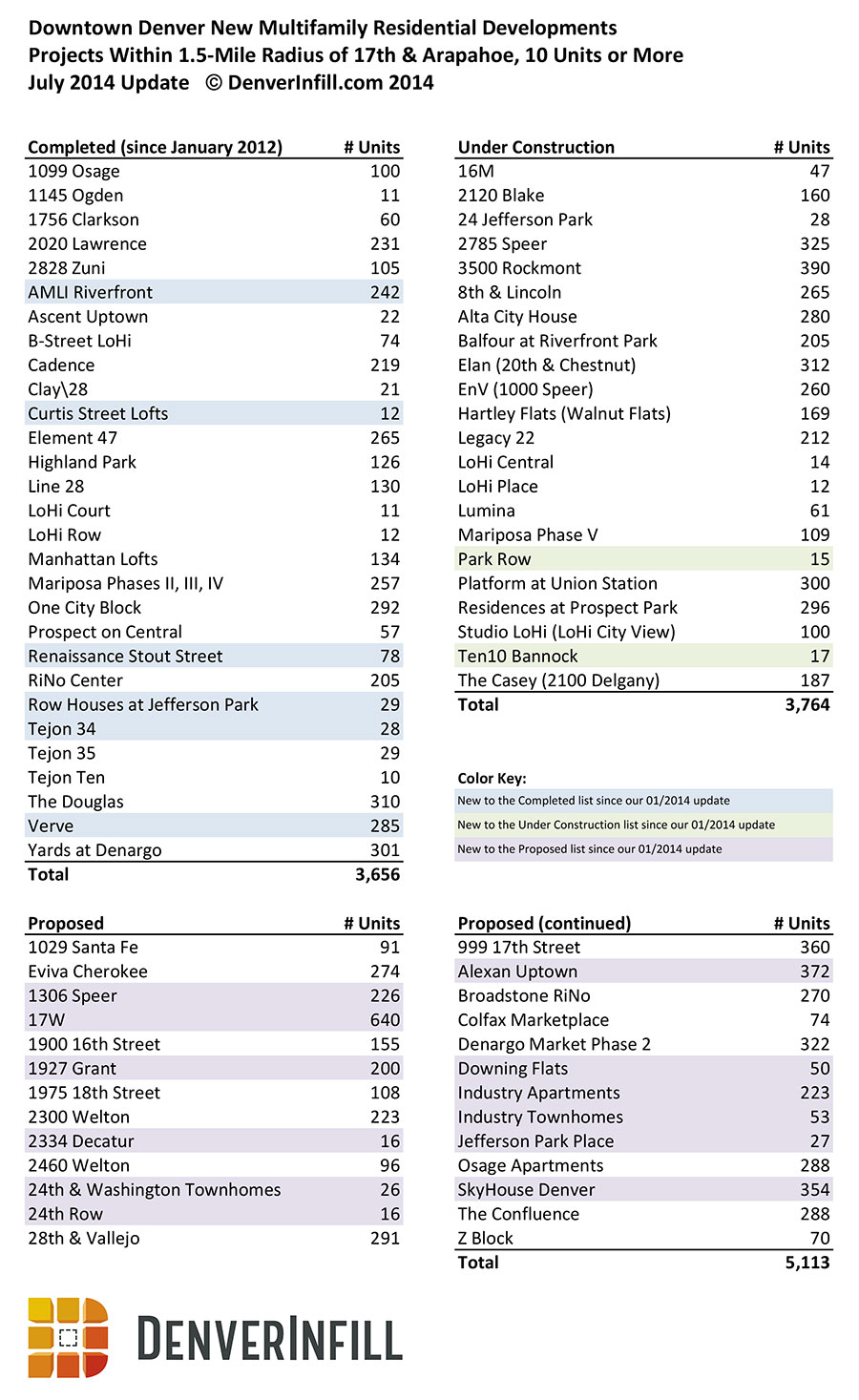 Only two townhome projects (light green) totaling 32 units moved from Proposed to Under Construction within the past six months. Nevertheless, there are still 3,764 units currently under construction in Downtown, so a slowdown in the number of new projects breaking ground within the past six months may be a reasonable “wait and see” reaction by the market. Assuming all of the developments under construction are completed by mid-2015, the Downtown Denver area will have gained almost 7,500 new housing units in a 3.5-year timeframe.

Nevertheless, while the number of recent project groundbreakings has been minimal, there was no shortage of new proposed projects since January. Highlighted in light purple, twelve new multifamily developments totaling 2,203 units were either publicly announced (such as 17W and SkyHouse) and/or have been submitted to the city planning department, giving us a total of 5,113 residential units on the drawing board for Downtown Denver. Not included in this total (or in our list) are several more multifamily housing projects that have been submitted to the city for review, but for which we haven’t yet confirmed either the exact location or the unit count. That means the number of proposed units in our 1.5-mile radius area may be closer to 6,000. Of course, some of these developments are destined to never get off the drawing board. It will be interesting to observe over the next six months which of these proposed projects break ground!