It has been almost a year since we last visited SOVA and, as you would expect, a lot has happened on that site since then. As a refresher, SOVA is a 12-story, 211-unit apartment project that supplanted one of Uptown’s many surface parking lots.

When we stopped by the site this last weekend, workers were busy taking down the tower crane that was featured in both our last winter and summer tower crane census. In addition to the crane coming down, SOVA looks nearly complete. 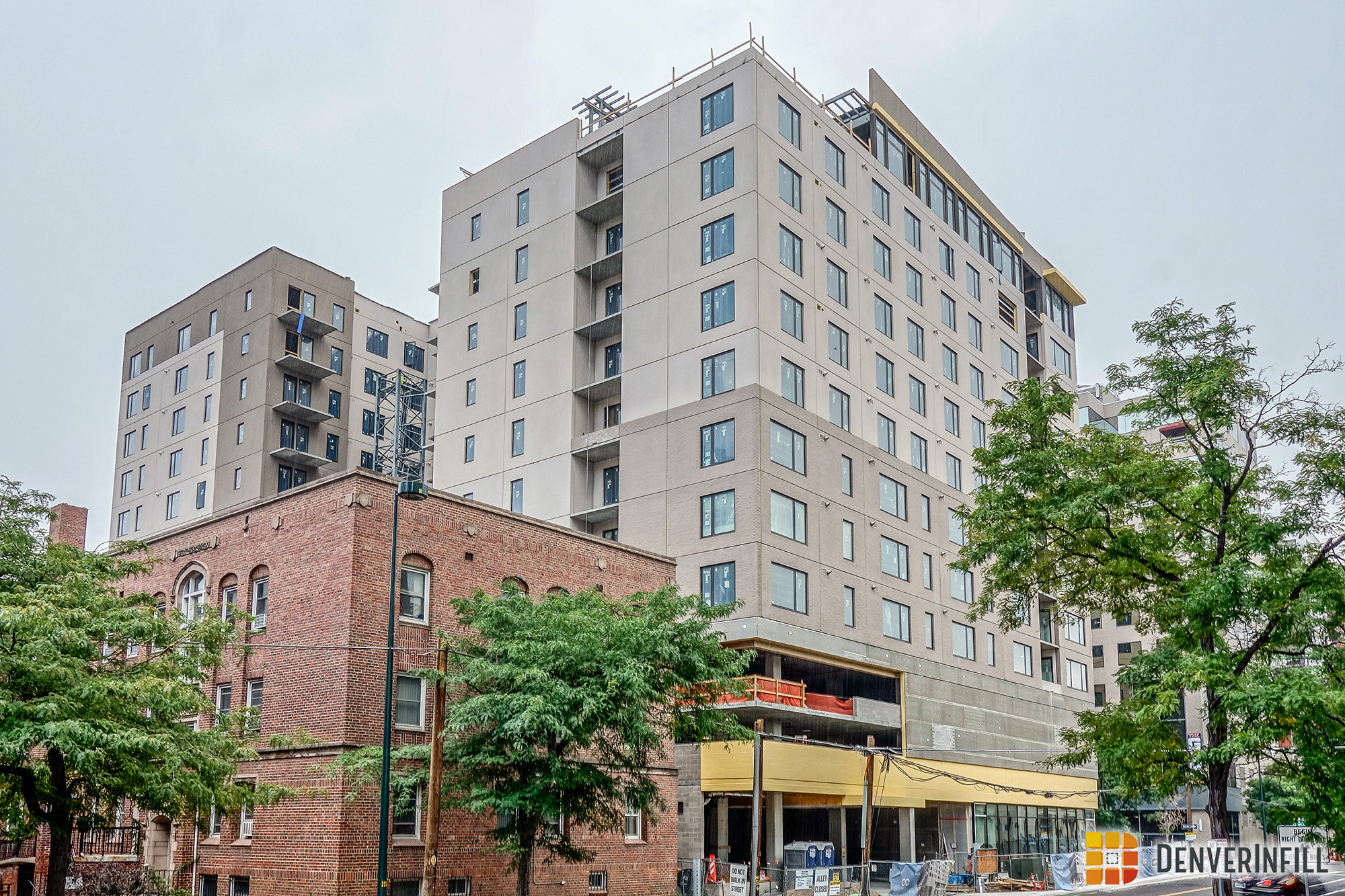 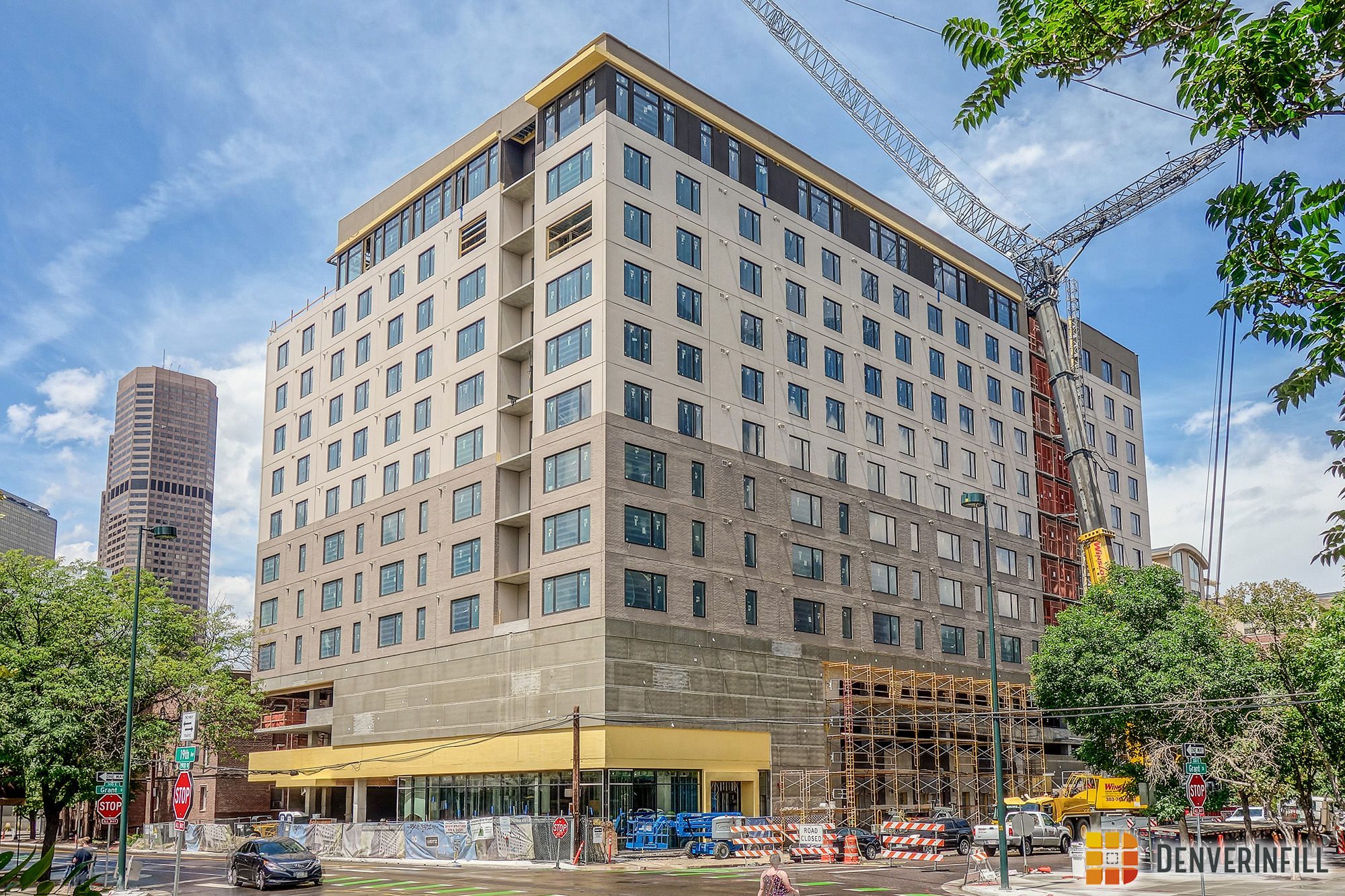 Moving around SOVA, here are two more views of the project. 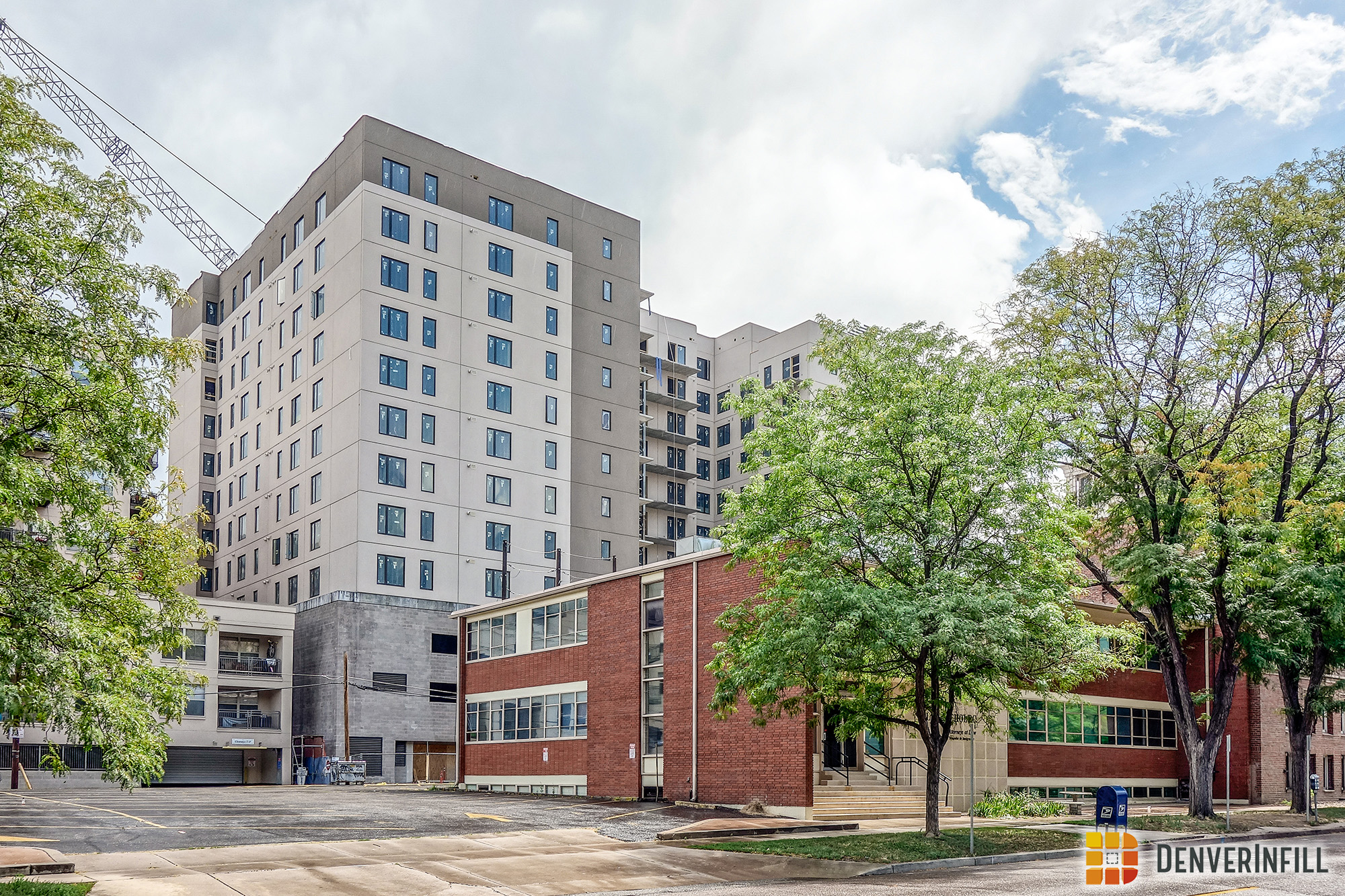 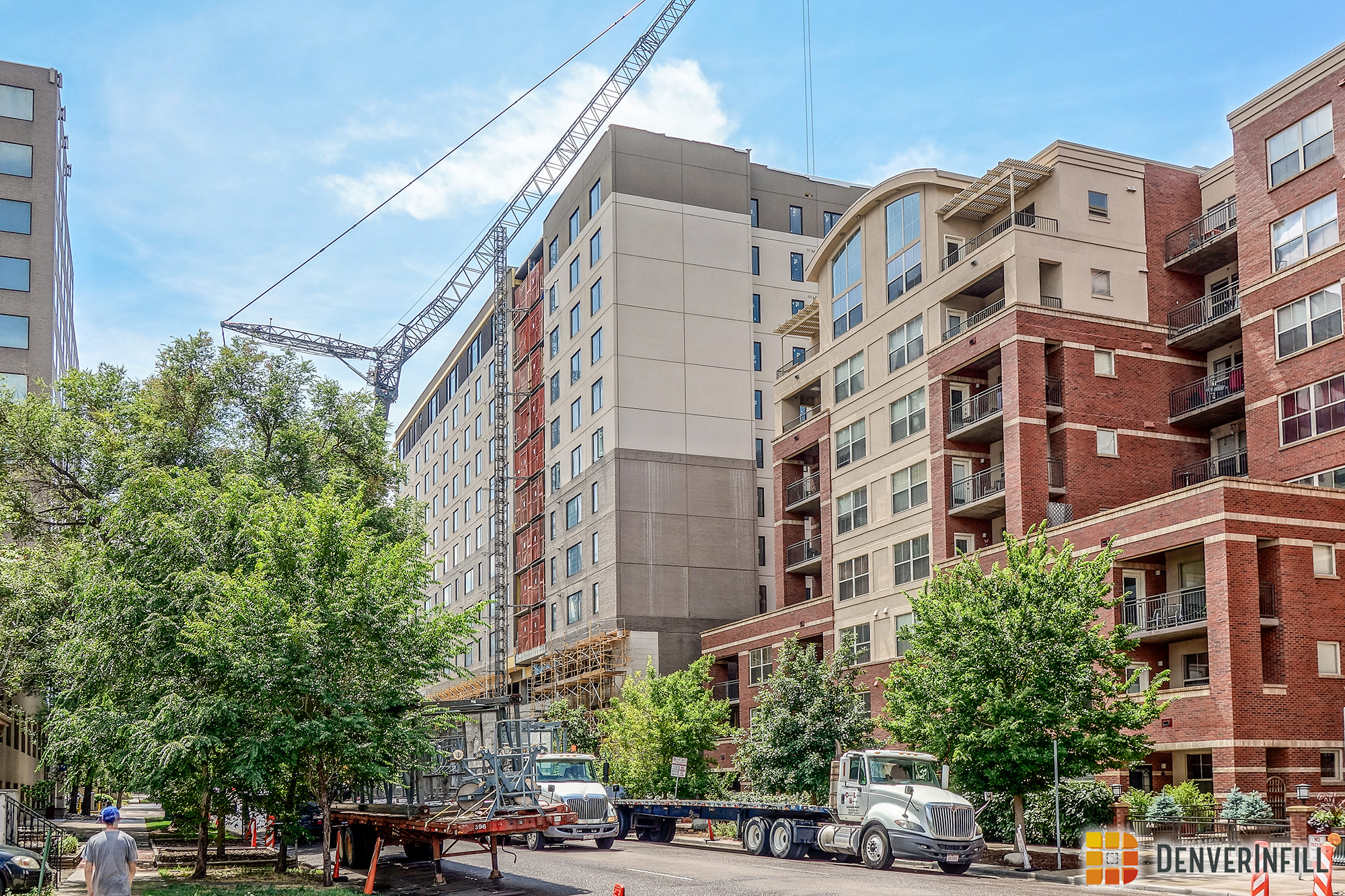 The ground floor of SOVA enhances the pedestrian experience with both ground-floor town-homes, and a glass corner facing 19th Street; much better than a surface parking lot! 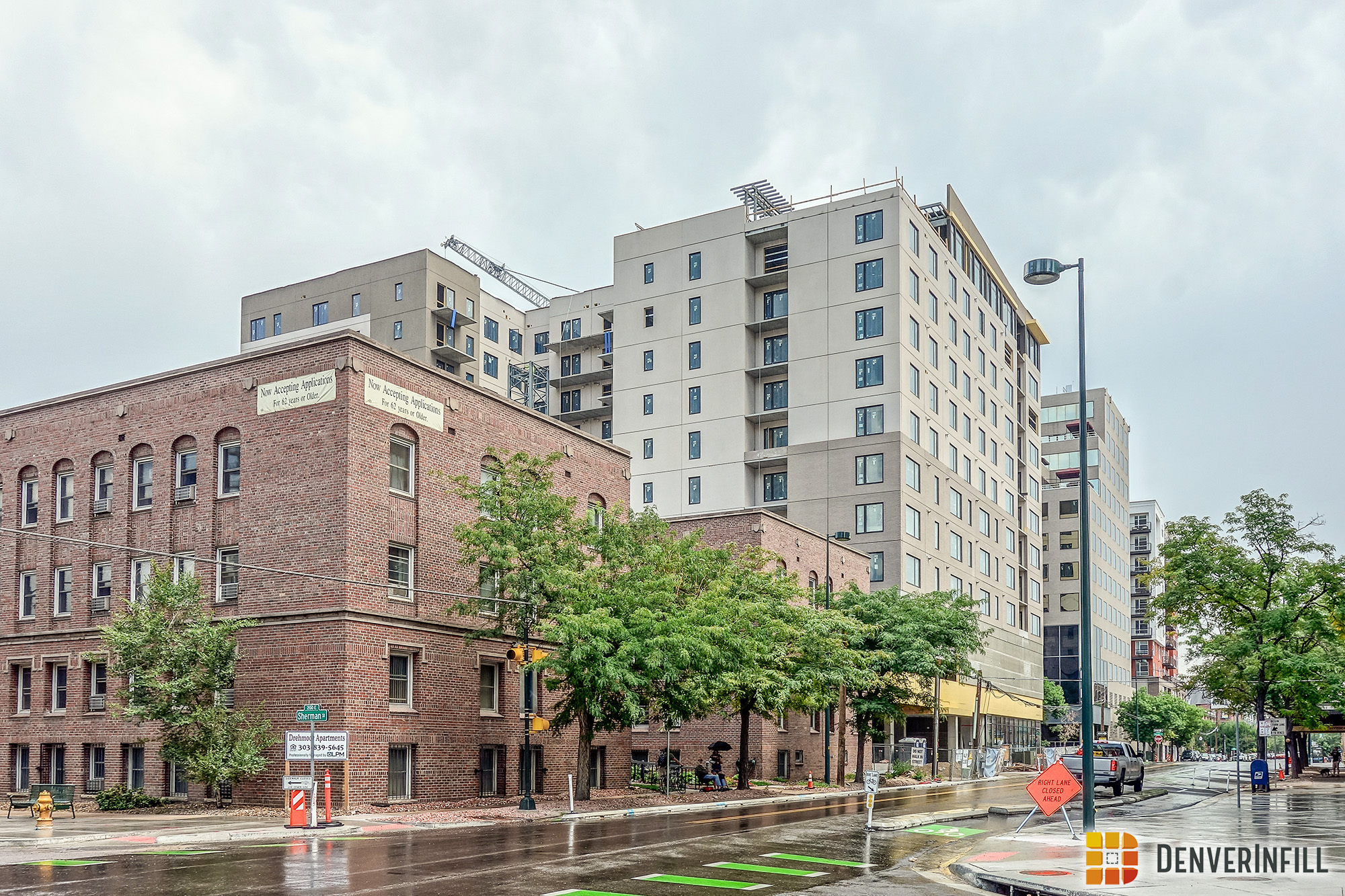 SOVA is expected to open within the next few months as completion is slated for early 2019.