As we are reviewing the residential and non-residential projects around Downtown Denver, it is also time for a tower crane census. In our census last year, we counted a total of thirty-two tower cranes, which was an impressive, record-setting number. Will there be more this time around? Scroll down to find out!

Before we begin, here is a quick disclaimer of what we classify as a tower crane, and our geographical boundaries:

This census is for tower cranes only. Self-erecting cranes (cranes without a ladder mast or cab) on smaller builds are not counted. We are covering the number of tower cranes in Central Denver only: between Sheridan and Colorado Boulevard to the east-west, Yale to I-70 to the north-south. Tower cranes out by Denver International Airport and the Denver Tech Center will not be counted in this census.

Let the count begin! Tower cranes One, Two, Three, and Four belong to projects out in West Denver that we have not yet covered. One of those projects, featuring two tower cranes, is a large condo project at Sloans Lake. 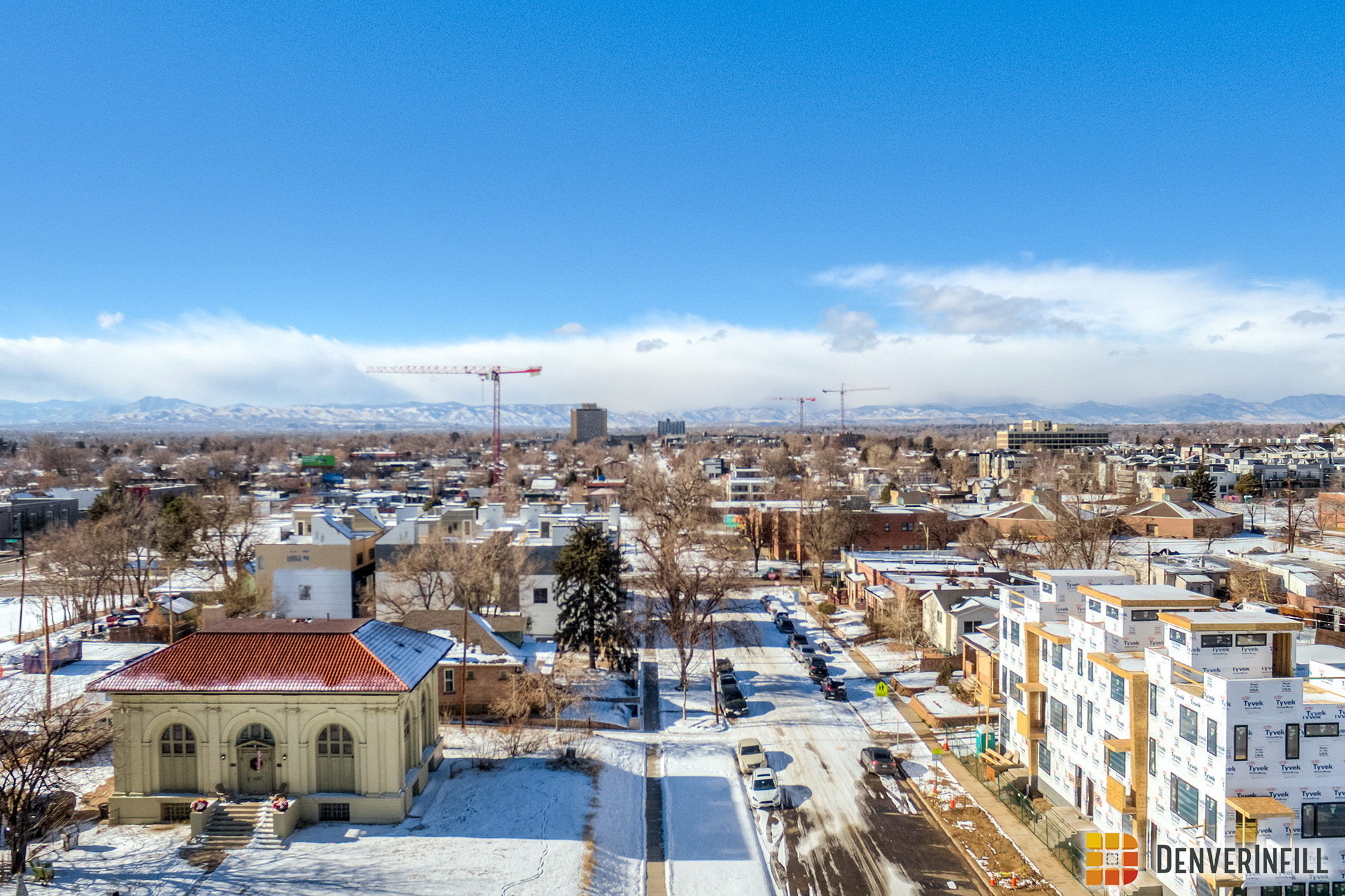 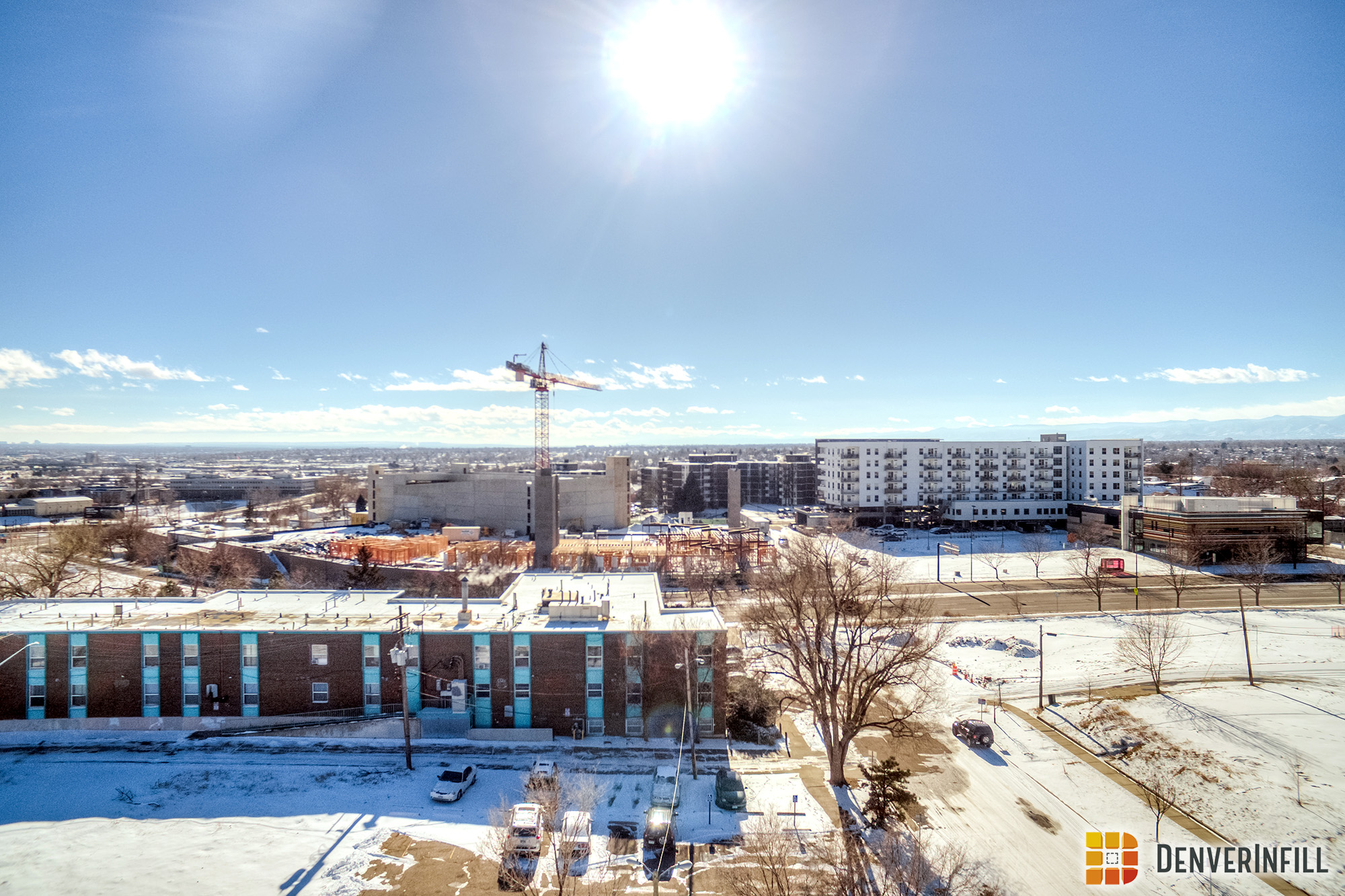 Five, Six, Seven, and Eight belong to neighborhoods that only have one tower crane standing: River North (for The HUB), Lower Highland (for 2680 18th Street), Central Platte Valley (for AMLI Riverfront Green), and Baker (for a project we have yet to cover). 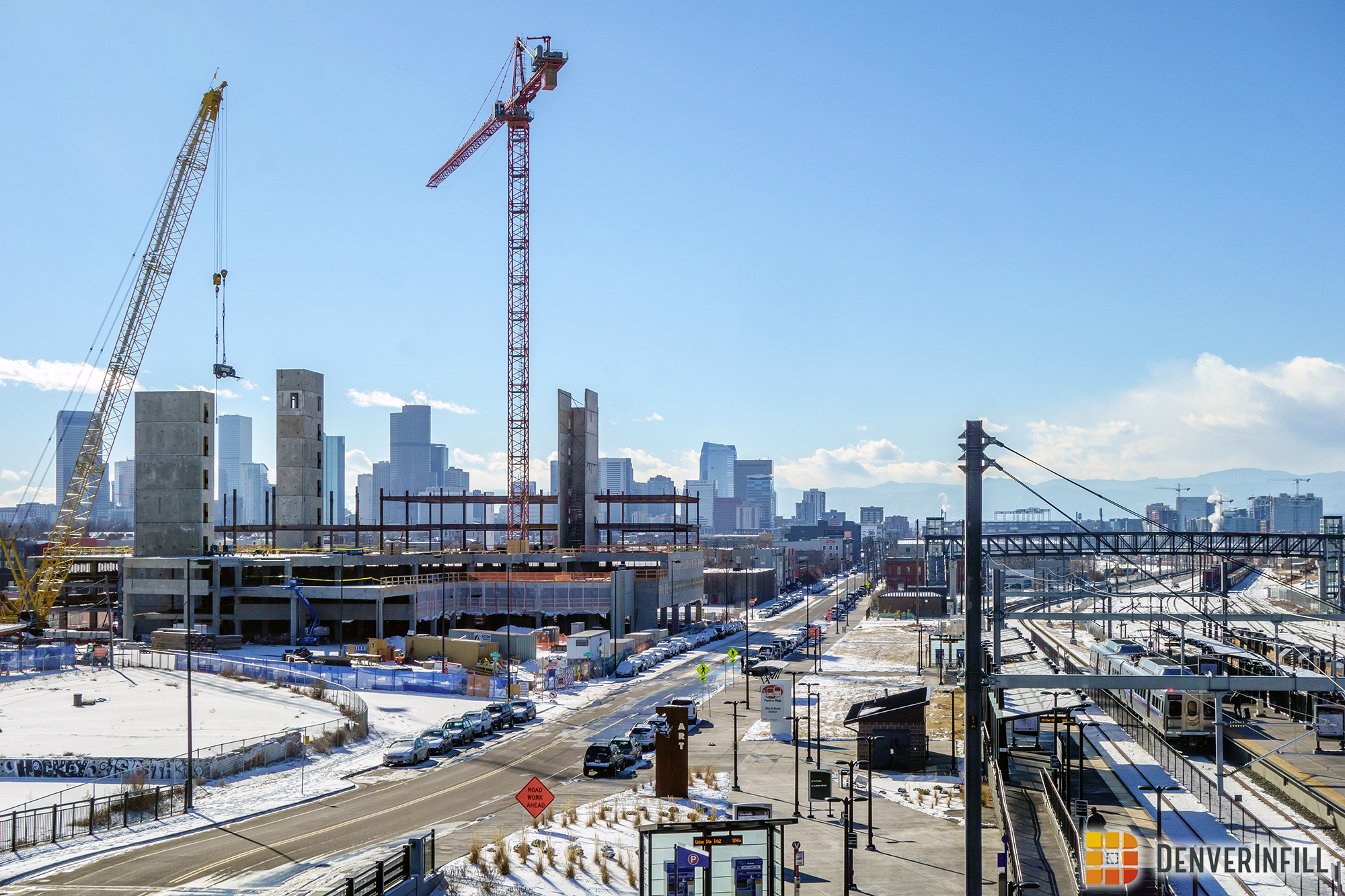 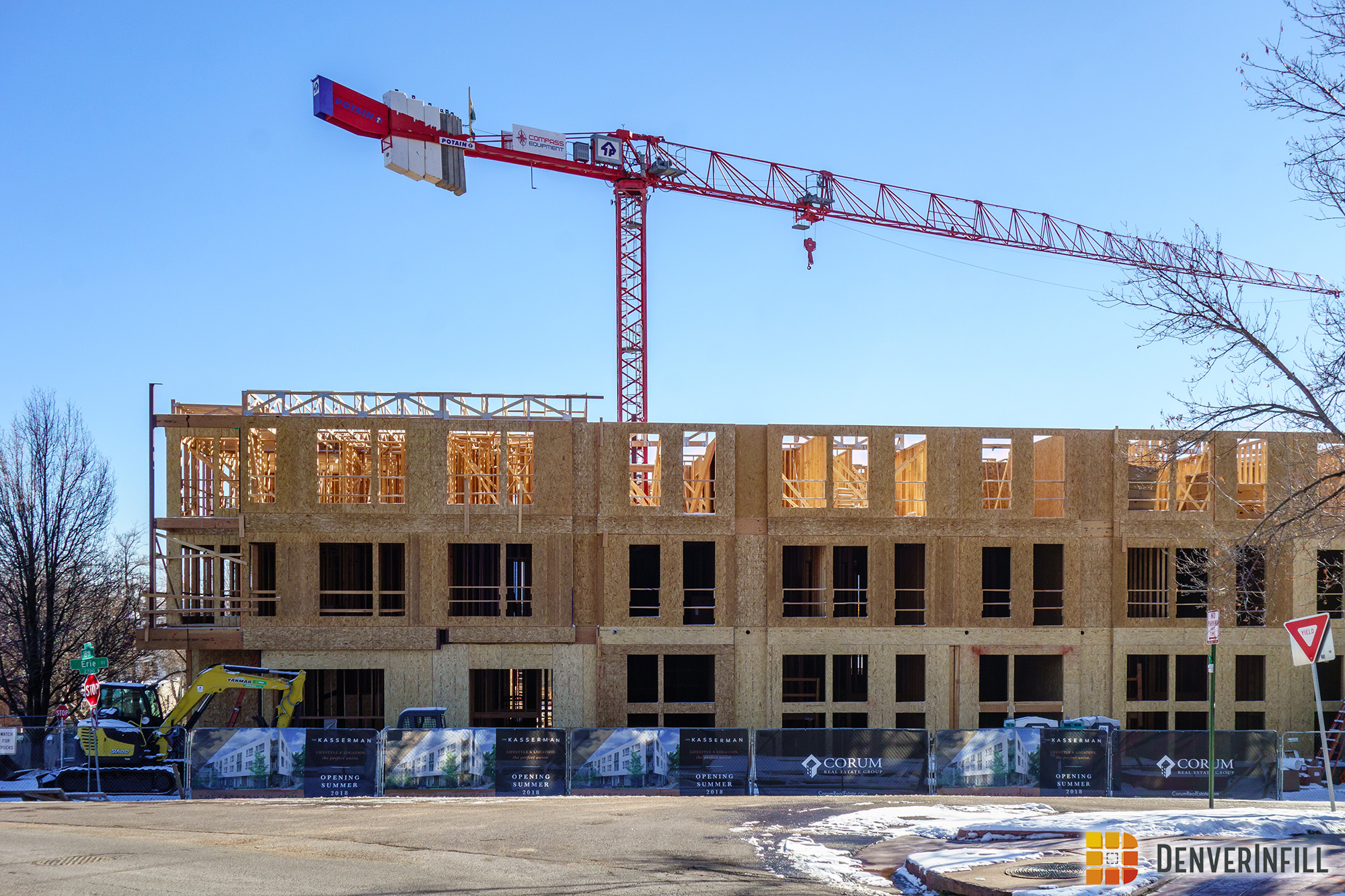 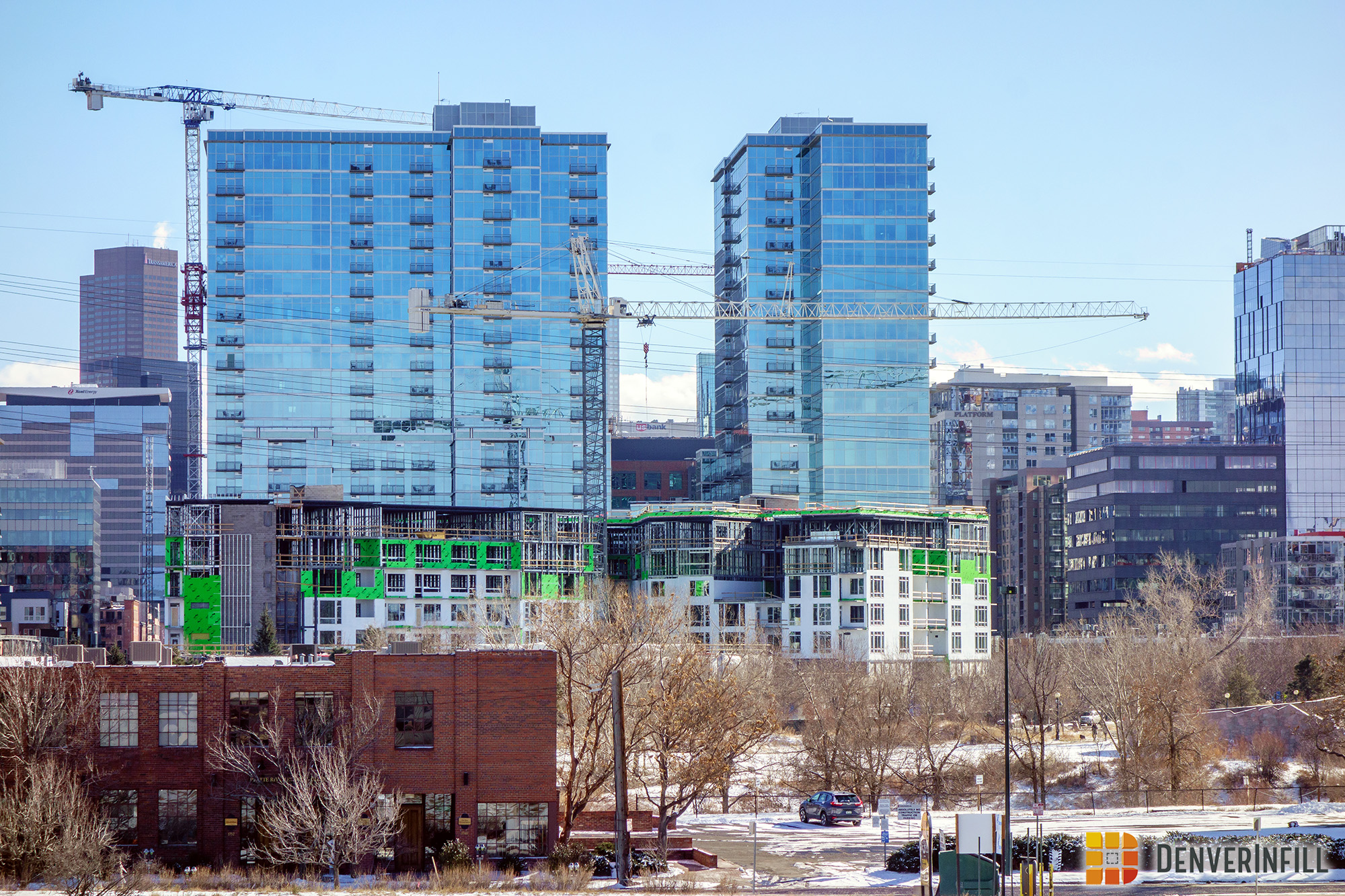 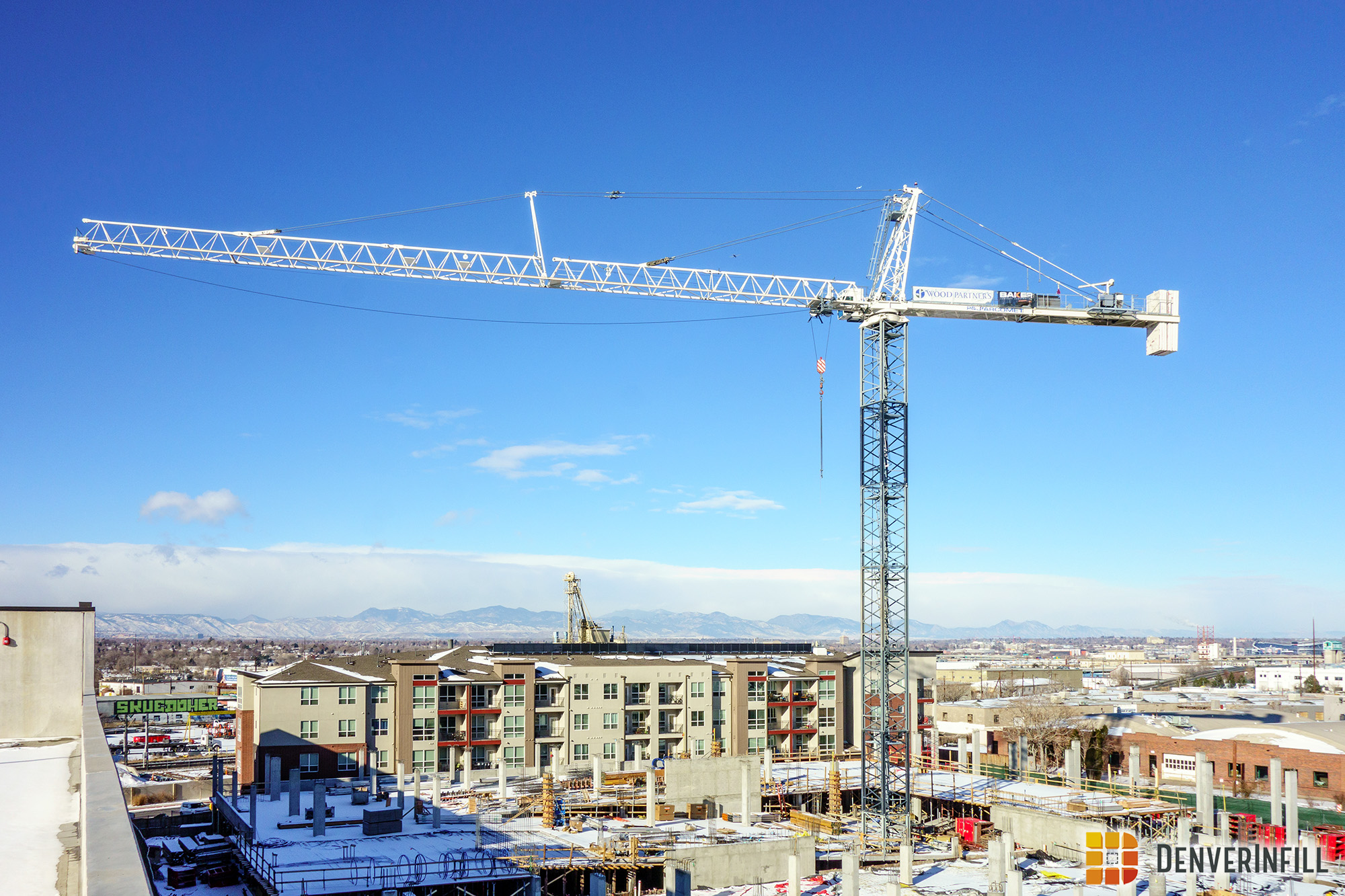 Union Station contributes four tower cranes to our census. Number Nine belongs to the Hilton Garden Inn at Denver Union Station, Ten was recently erected for Ascent Union Station, Eleven is helping build The Coloradan, and Twelve will be taken down soon over at The Grand. 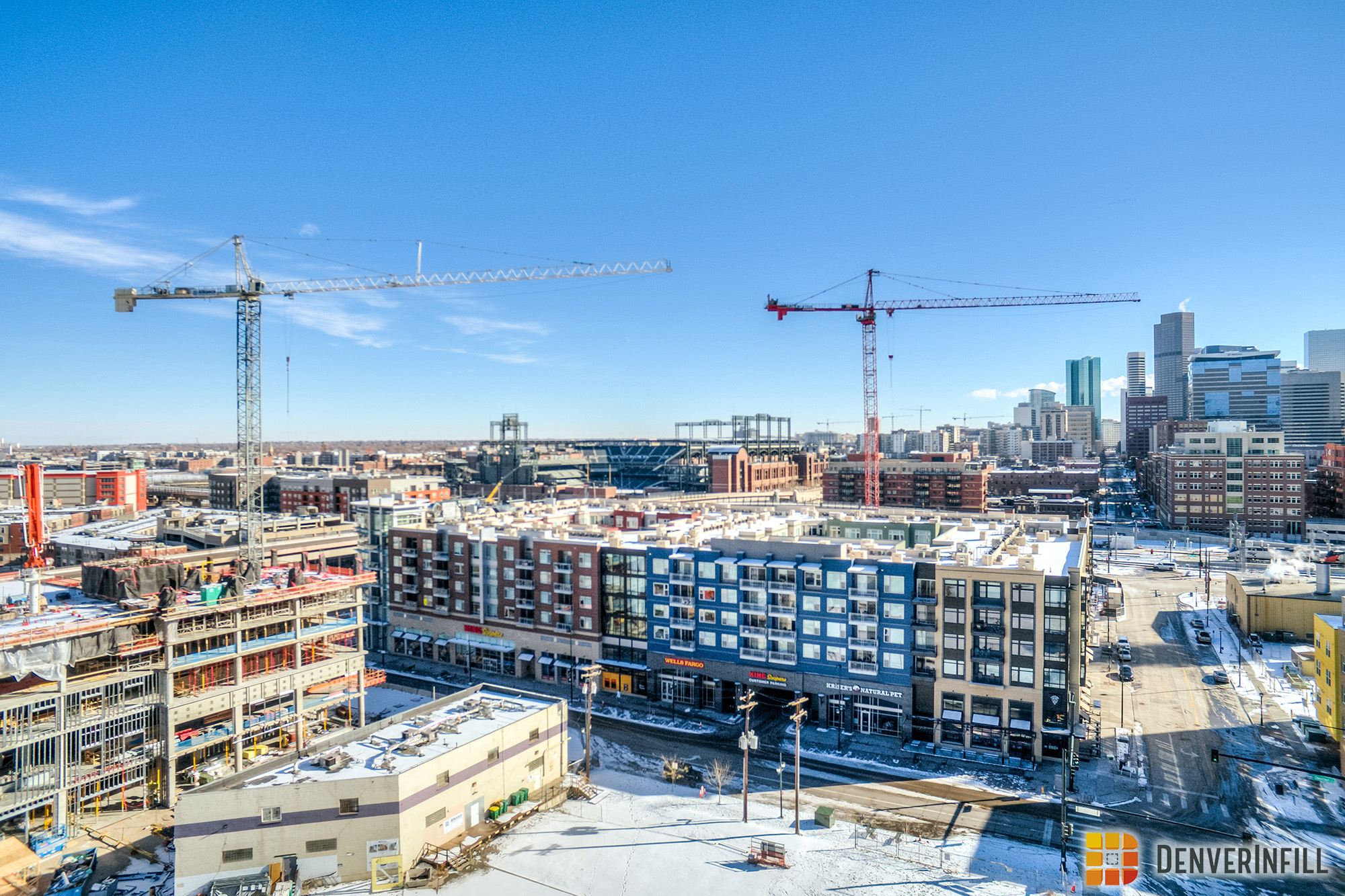 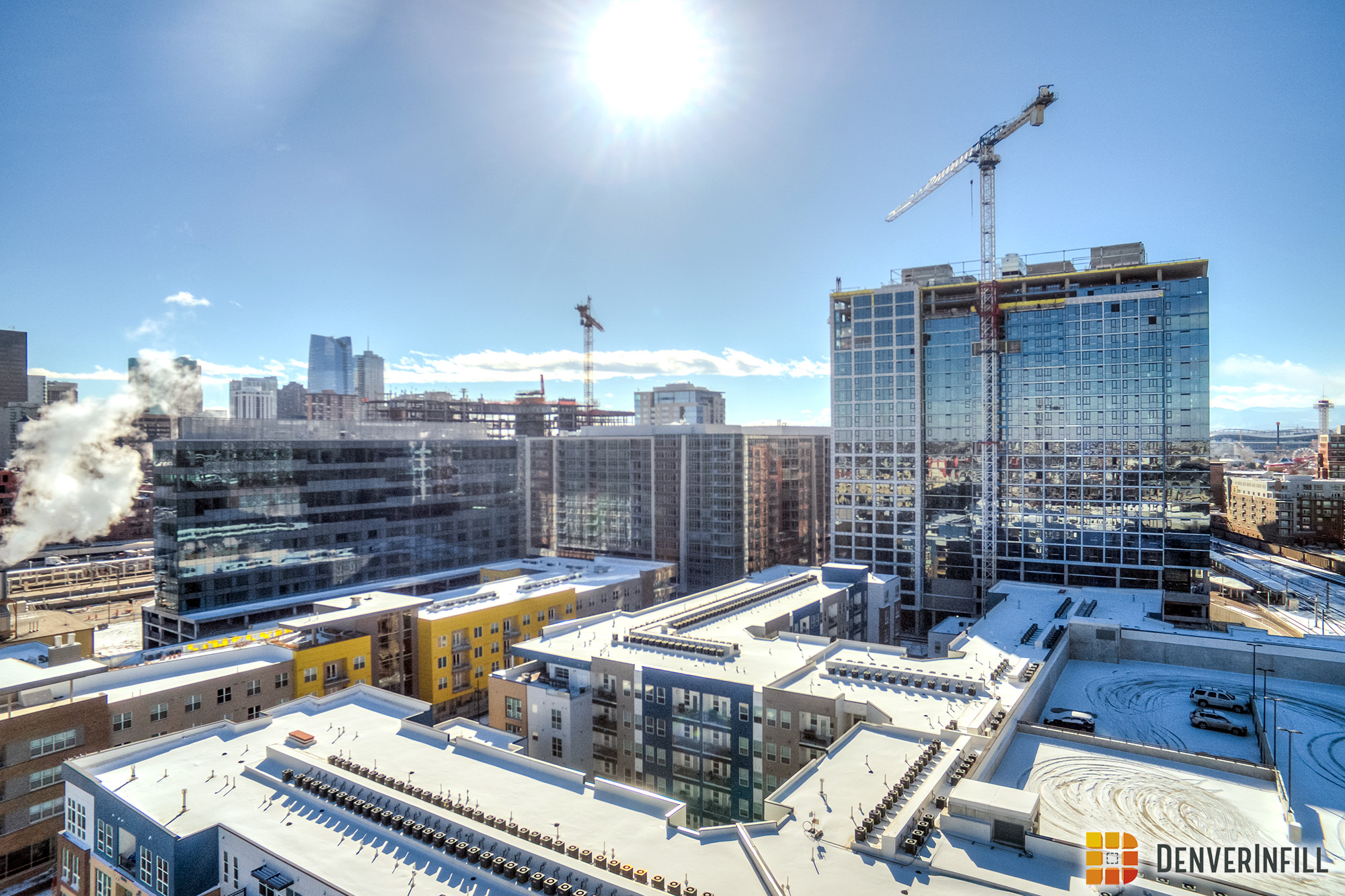 Another group of four tower cranes are high above Arapahoe Square with three of them concentrated along the Welton Corridor. Number Thirteen and Fourteen are building the 21st and Welton Apartments with Fifteen building Alexan Arapahoe Square the next block over. Sixteen is just around the corner at Alexan 20th Street Station. 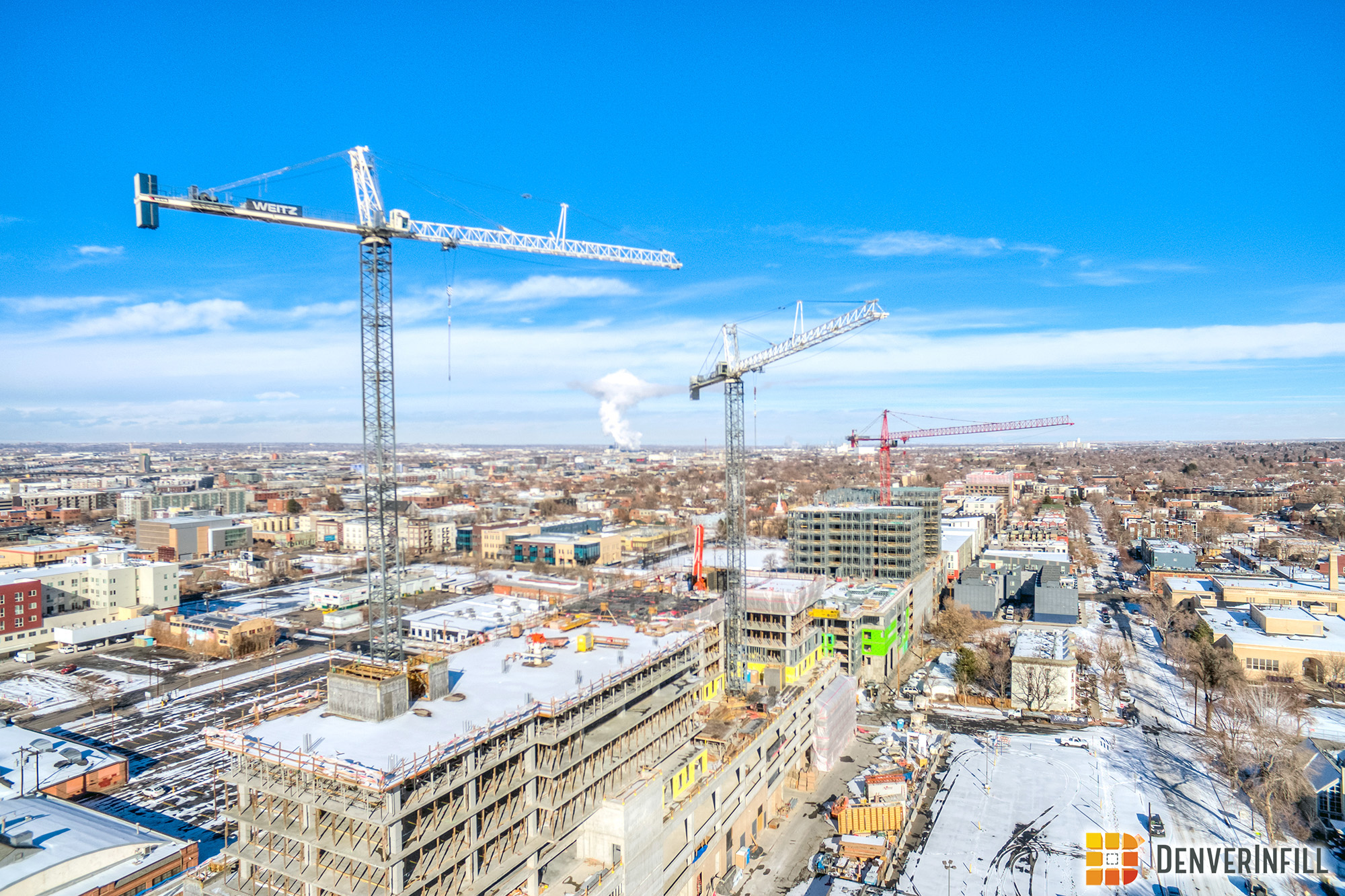 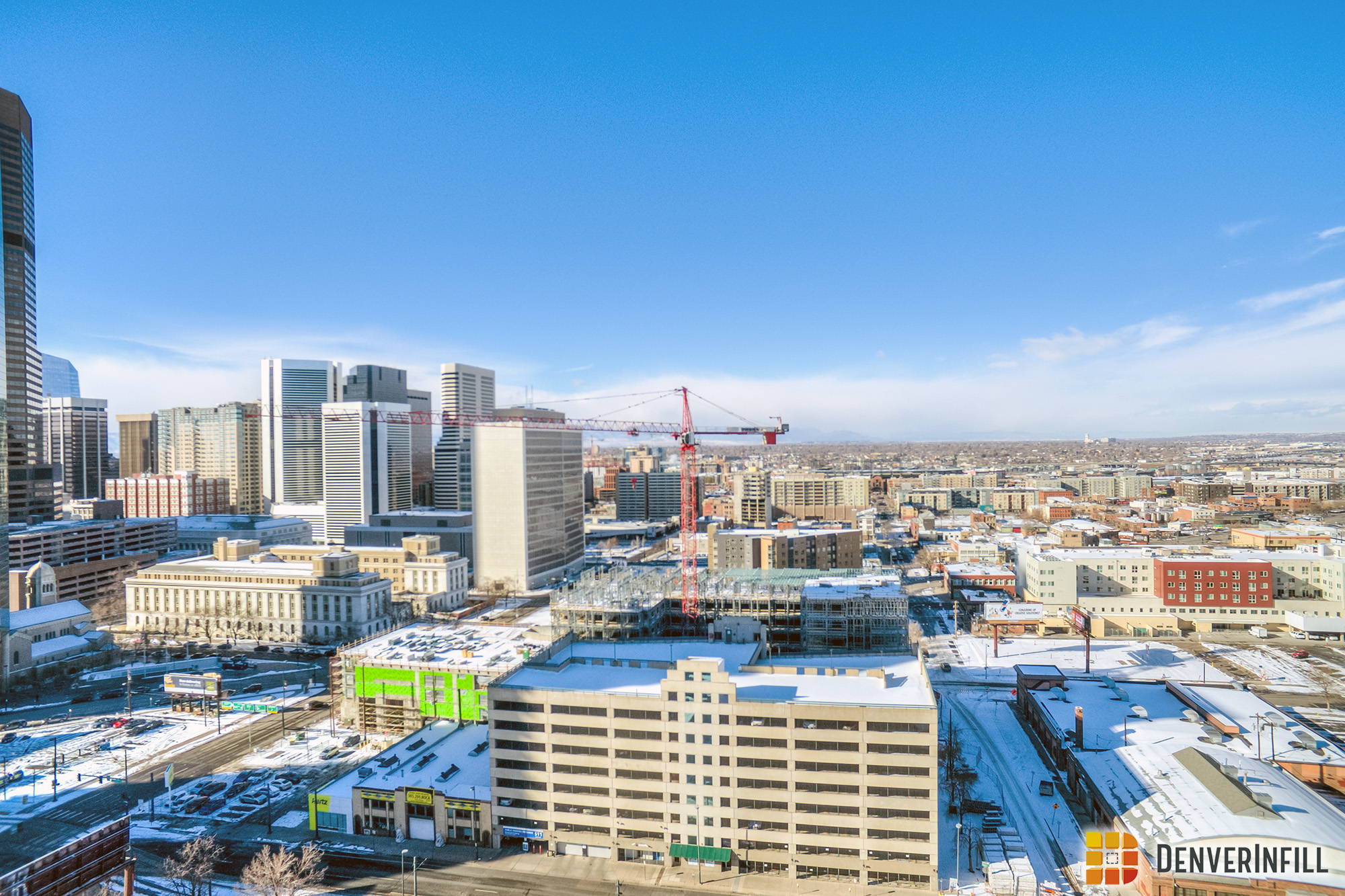 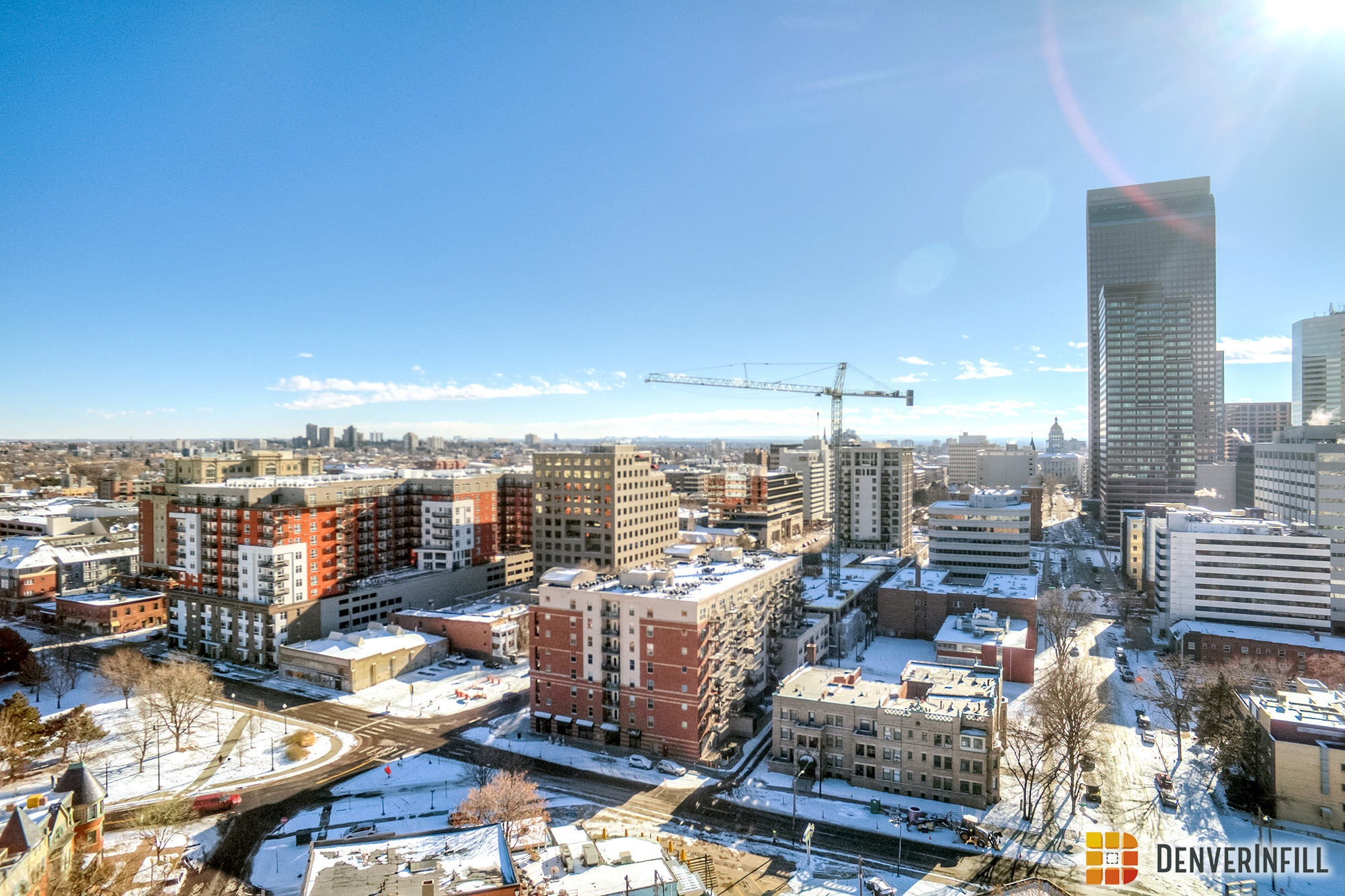 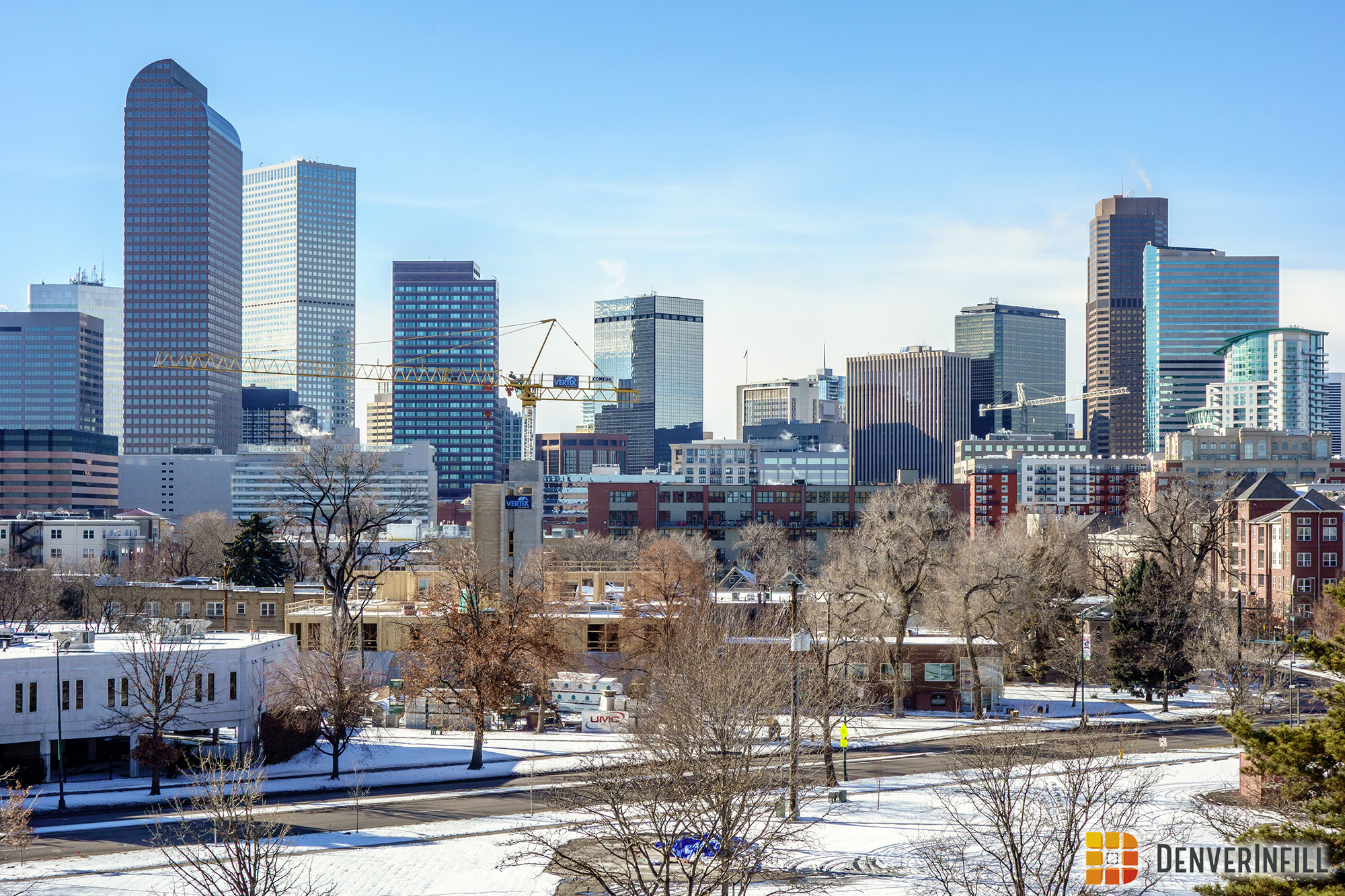 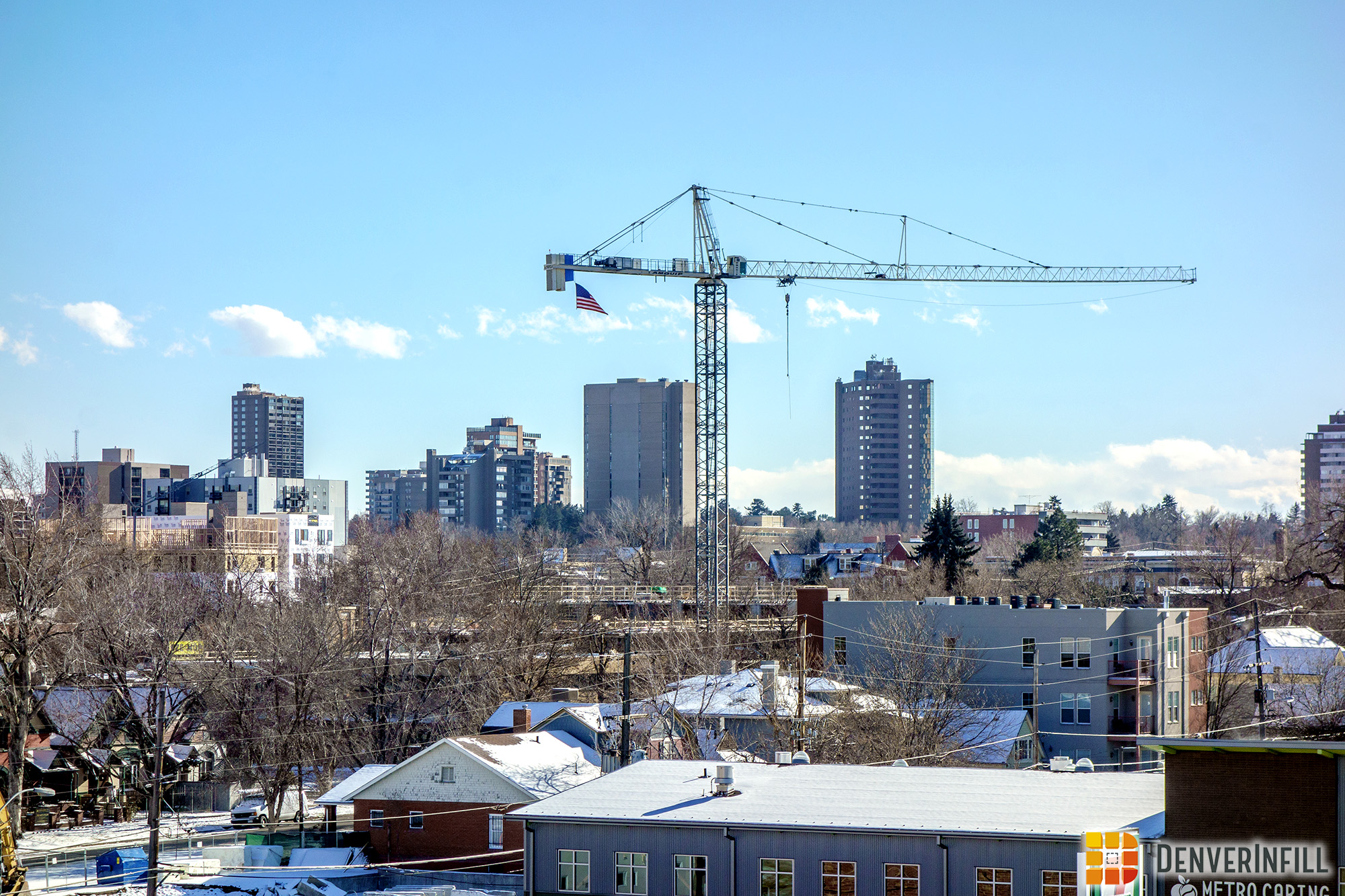 Four tower cranes are busy building projects over in the Golden Triangle. Twenty and Twenty-One belong to the 16-story Parq on Speer project. Twenty-Two was recently erected for the 13th and Delaware Apartments and Twenty-Three will be taken down soon at TriVista on Speer. 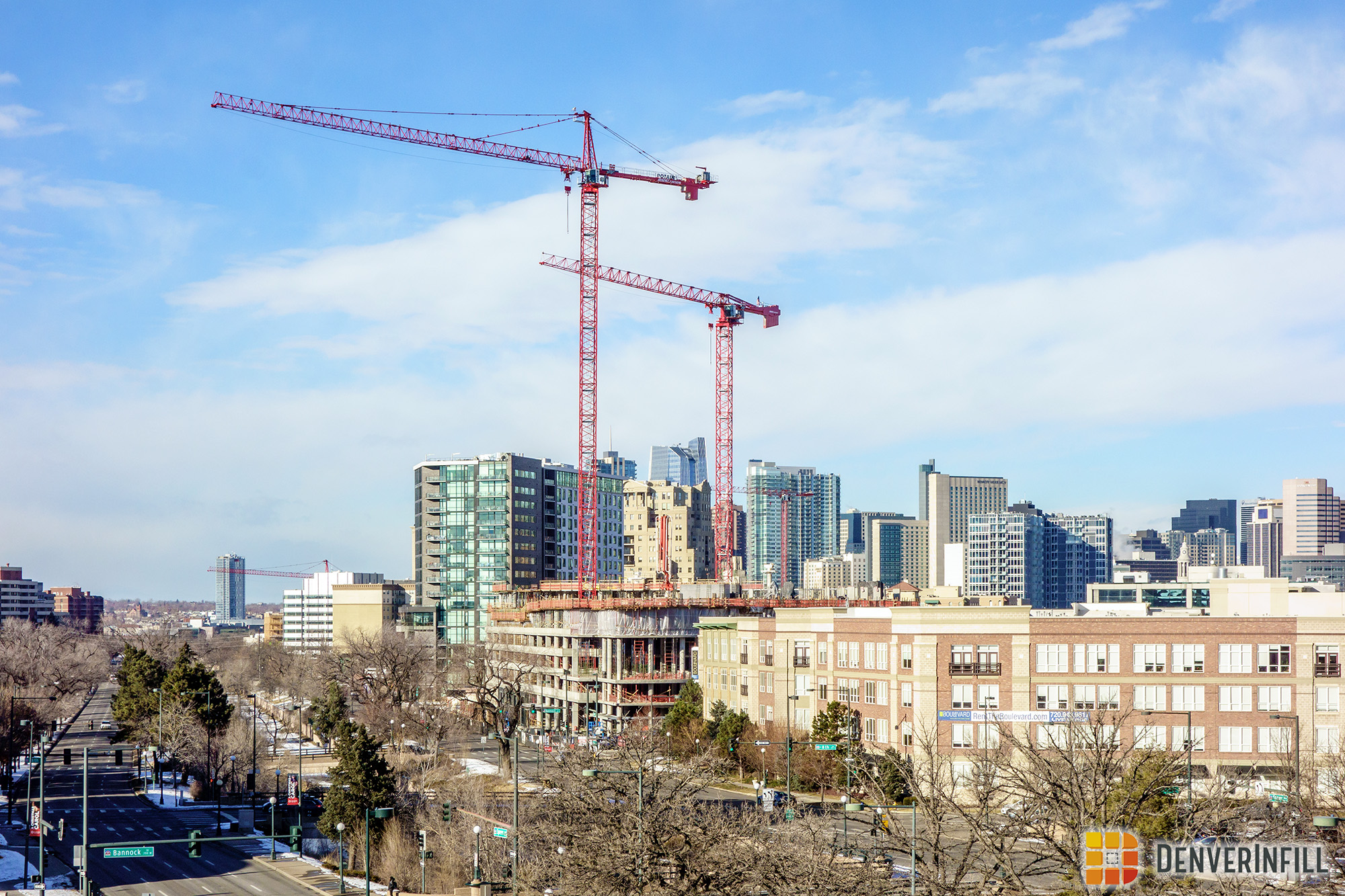 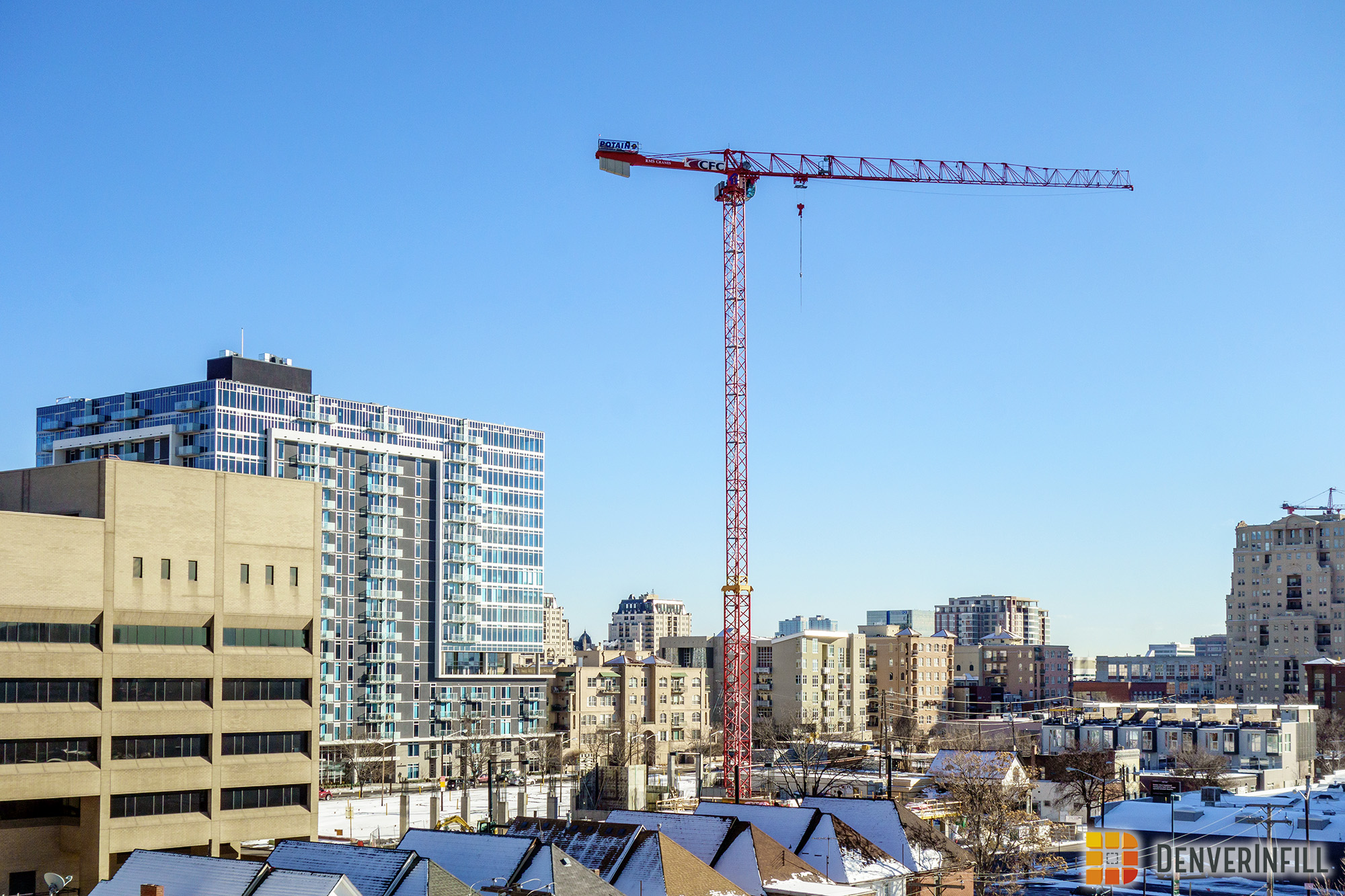 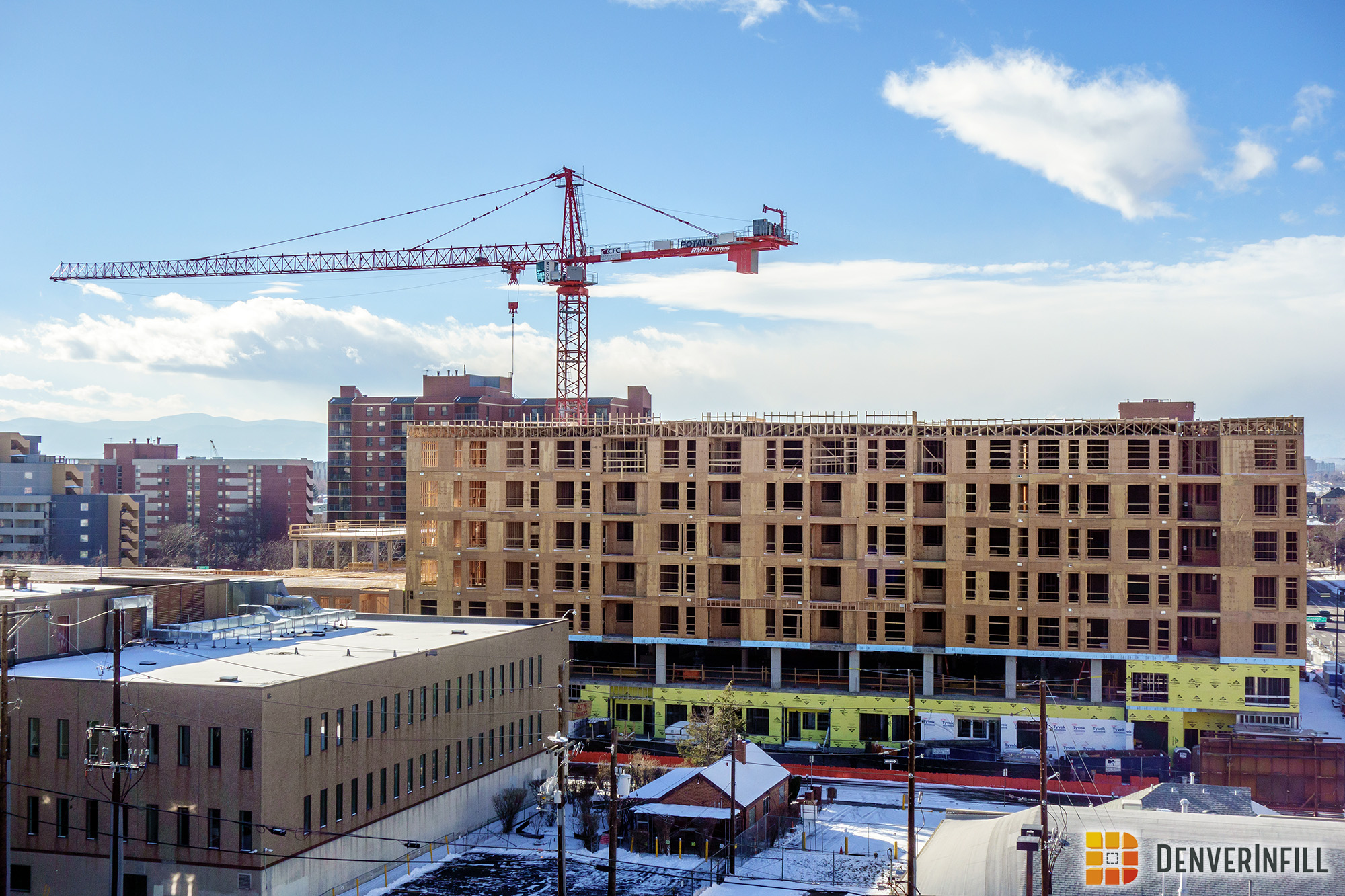 The last group of four tower cranes are over in the Cherry Creek neighborhood. Twenty-Four is building a sizable project at 255 Saint Paul. Twenty-Five is over at The Laurel, a large condo project. Twenty-Six and Twenty-Seven are building Gables Jackson Street with one of the cranes being the rare-sighted luffing jib. 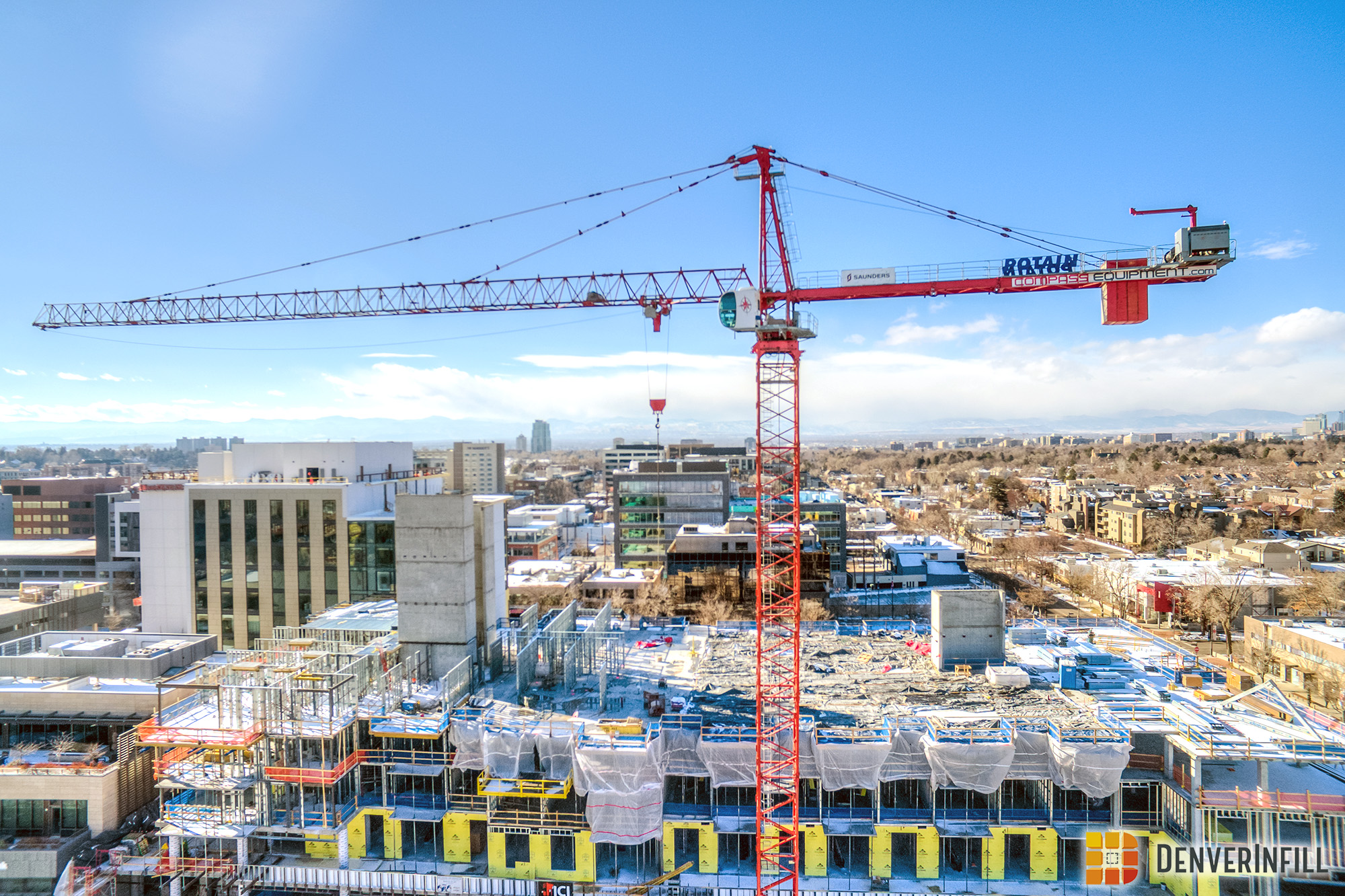 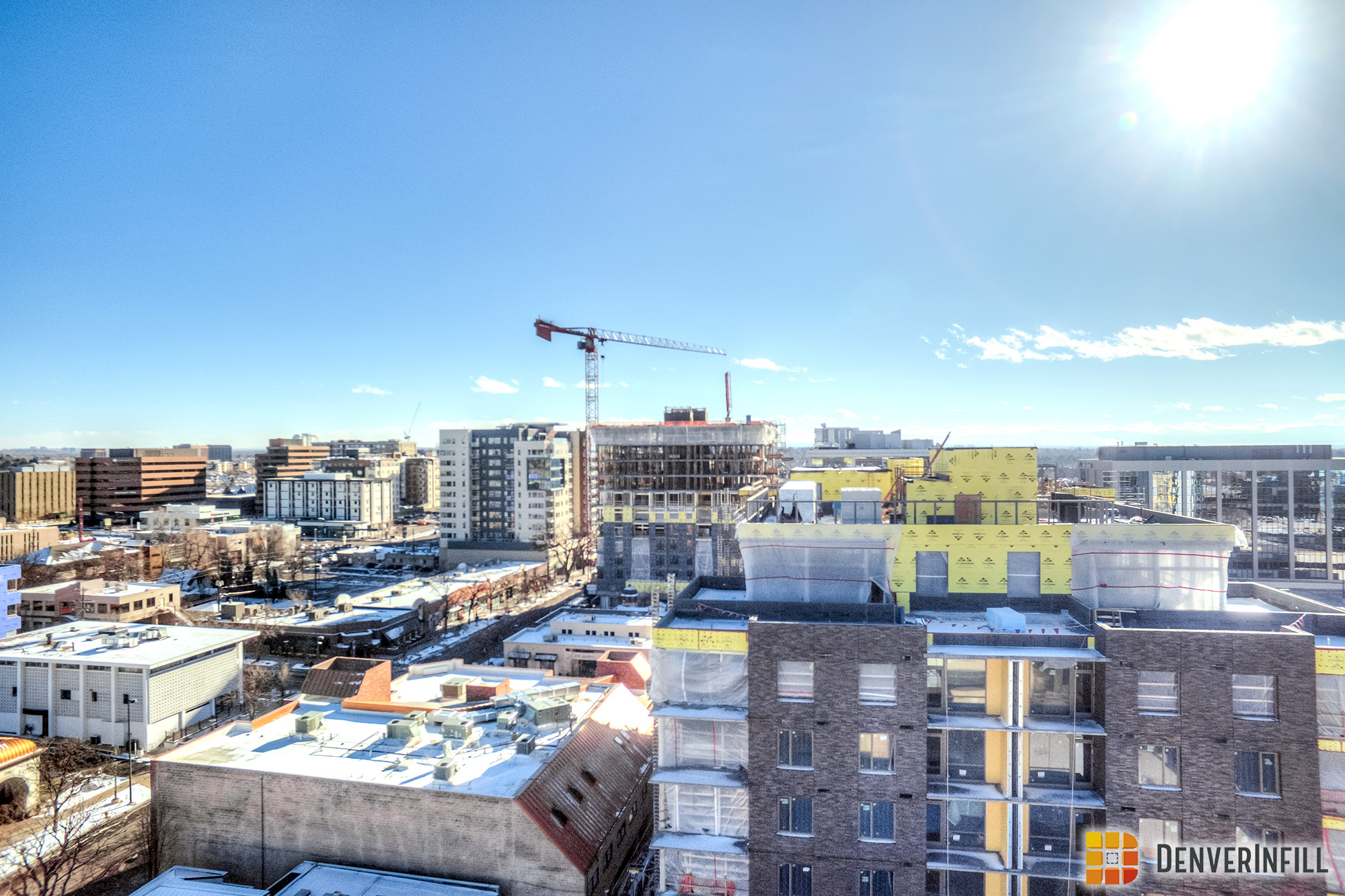 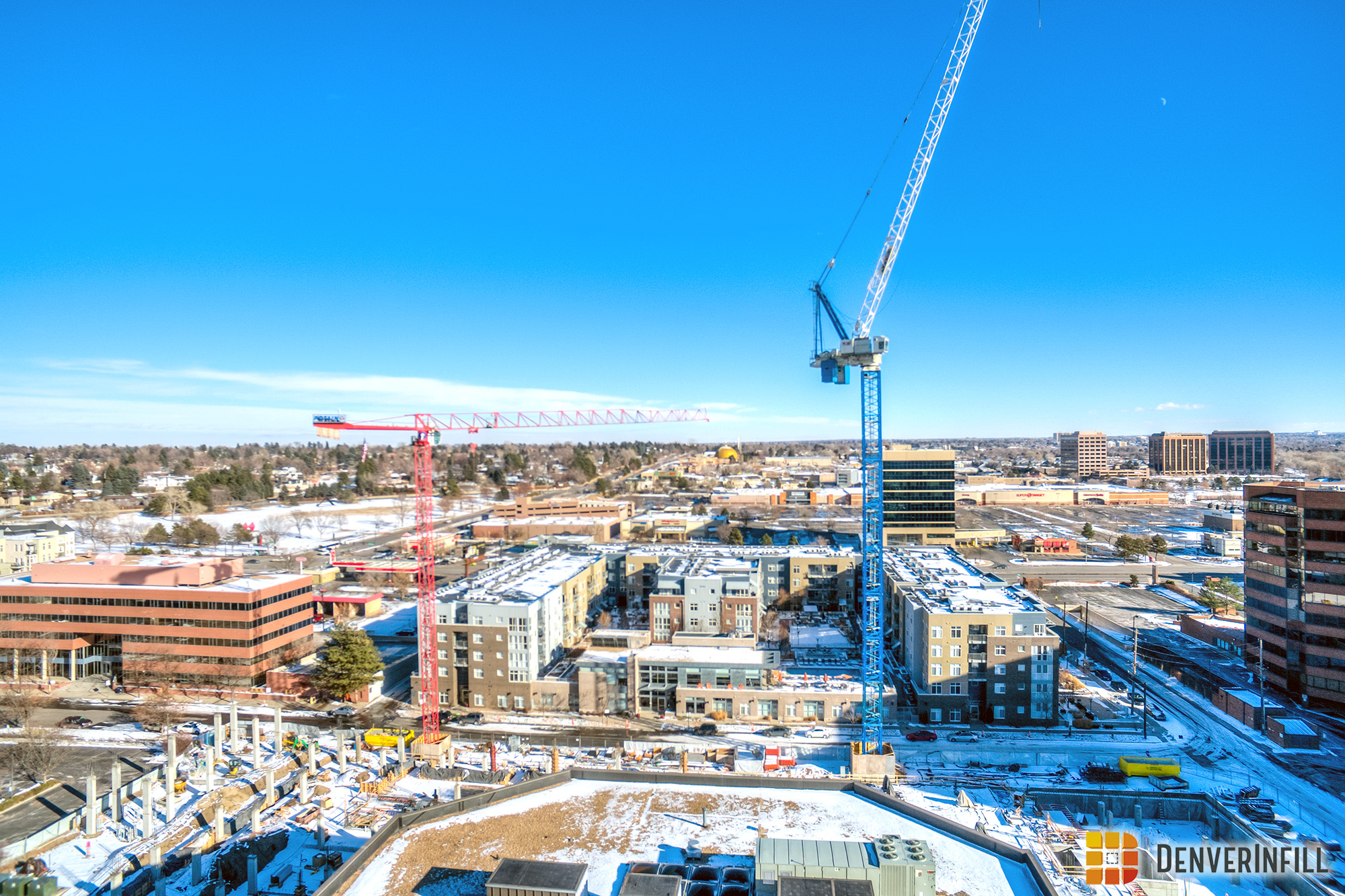 Twenty-Seven total tower cranes are helping build various projects around Central Denver. This is only five fewer cranes than our census from last winter. With more projects just getting underway, we shouldn’t see a decline when we take another census in the summer.

On the map below, we charted out all of the tower cranes featured in this post. Click on a pin to view the name of the project.