It’s time for the summer edition of DenverInfill’s Tower Crane Census! Following our residential and non-residential projects around Downtown Denver, and the latest 3D Future Skyline, it’s only fitting to officially count how many tower cranes are up in the air around Central Denver.

Before we begin, here is a quick disclaimer of what we classify as a tower crane, and our geographical boundaries:

This census is for tower cranes only. Self-erecting cranes (cranes without a ladder mast or cab) on smaller builds are not counted. We are covering the number of tower cranes in Central Denver only: between Sheridan and Colorado Boulevard to the east-west, Yale to I-70 to the north-south. Tower cranes out by Denver International Airport and the Denver Tech Center will not be counted in this census.

Let’s start the count with the area packed with the most tower cranes, the Welton Corridor. In this view we have a total of six tower cranes. From left to right there are cranes for SOVA, Alexan Arapahoe Square, Radiant (two cranes), Alexan 20th Street Station, and the 15th and Stout Hotel in the background.

In addition to SOVA, Uptown hosts three more tower cranes, one for Park 17, and two luffing jib cranes belonging to the 17th and Pearl Apartments. This brings our count up to Nine. 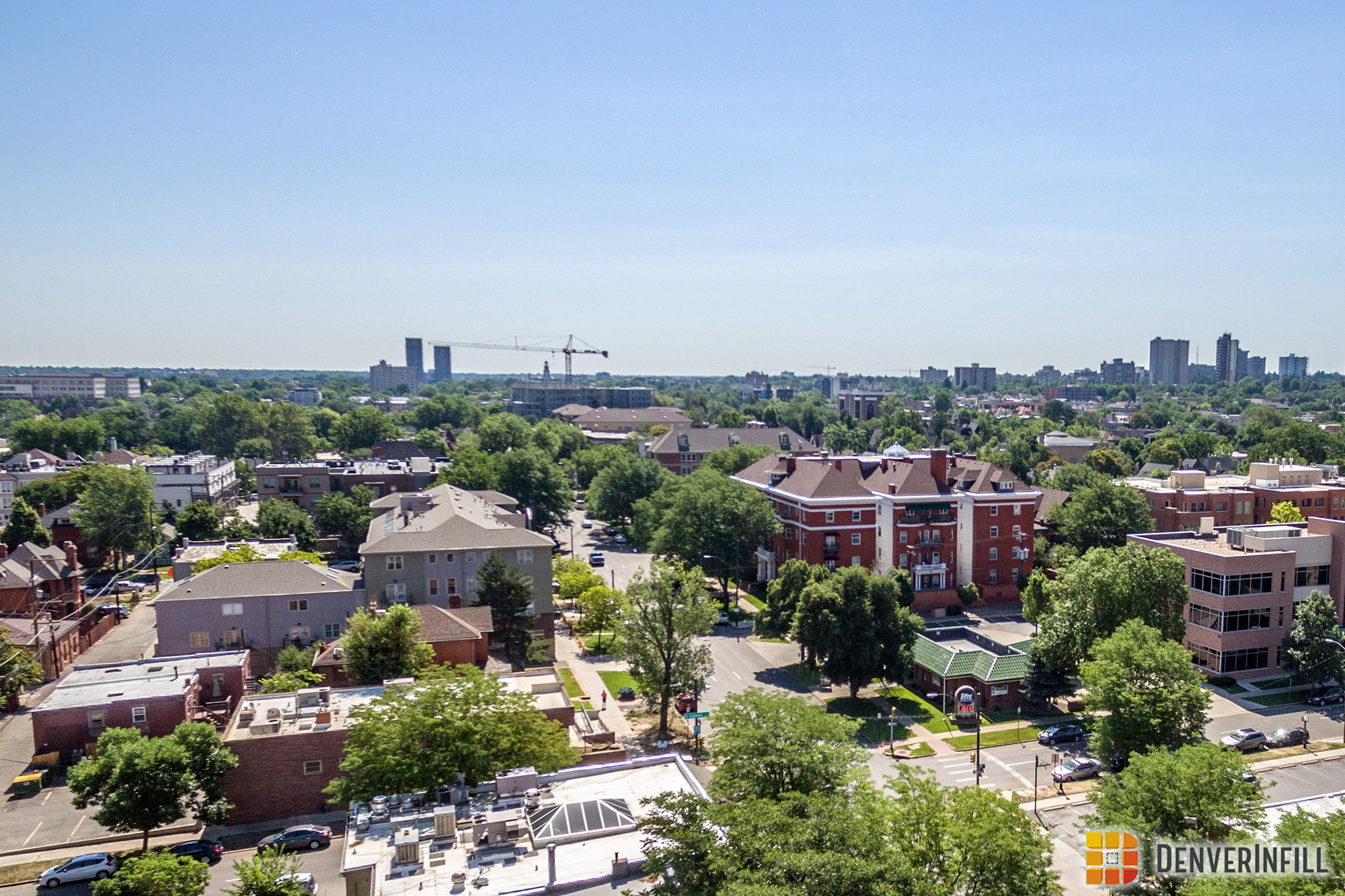 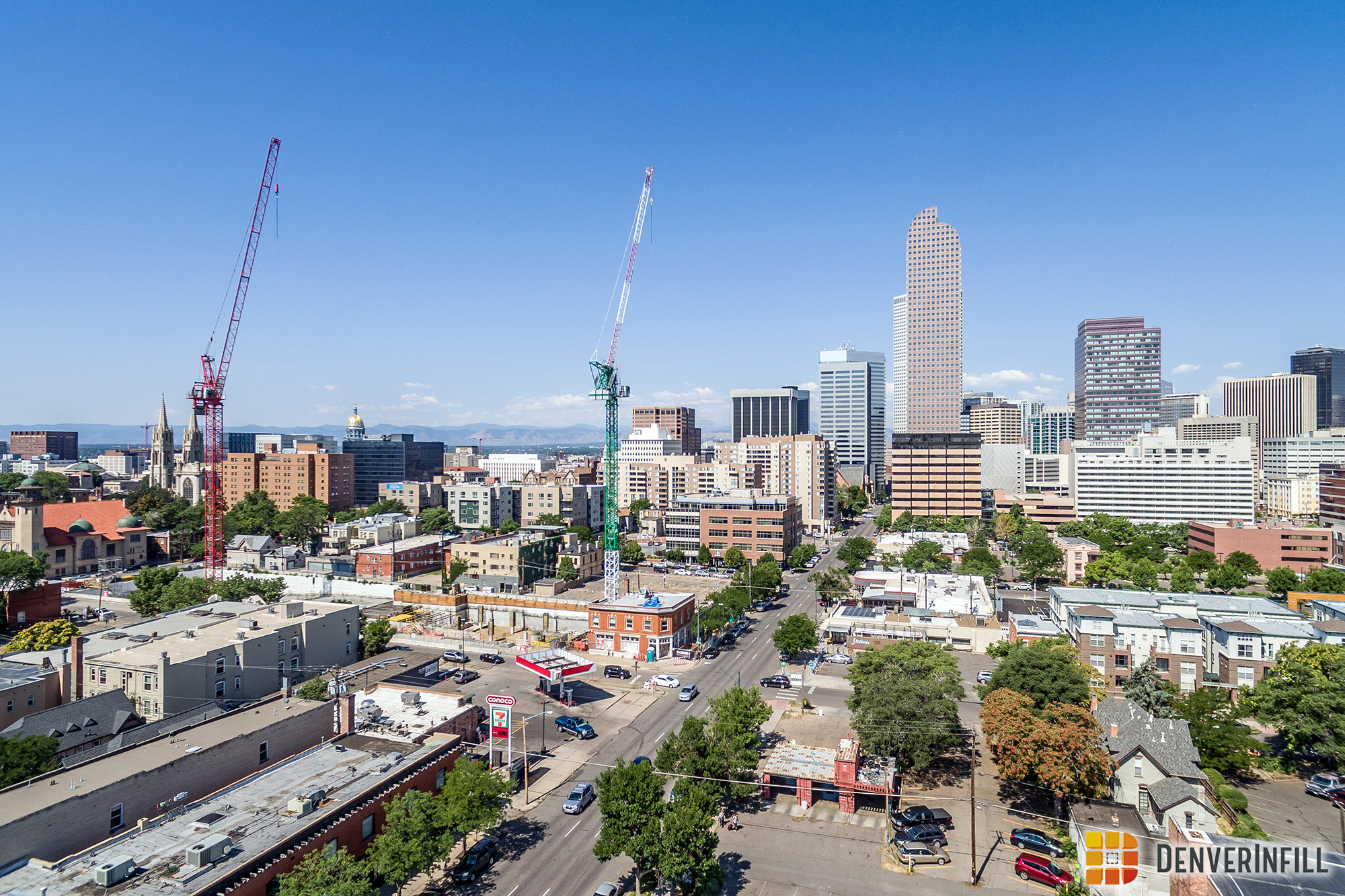 Continuing to the east, Cherry Creek has a total of four tower cranes; two for Gables Jackson Street, one for 2nd and Detroit, and one for UC Health Cherry Creek. Just up the road, there are an additional two new tower cranes at the 9th and Colorado redevelopment. These six cranes bring the total to Fifteen. 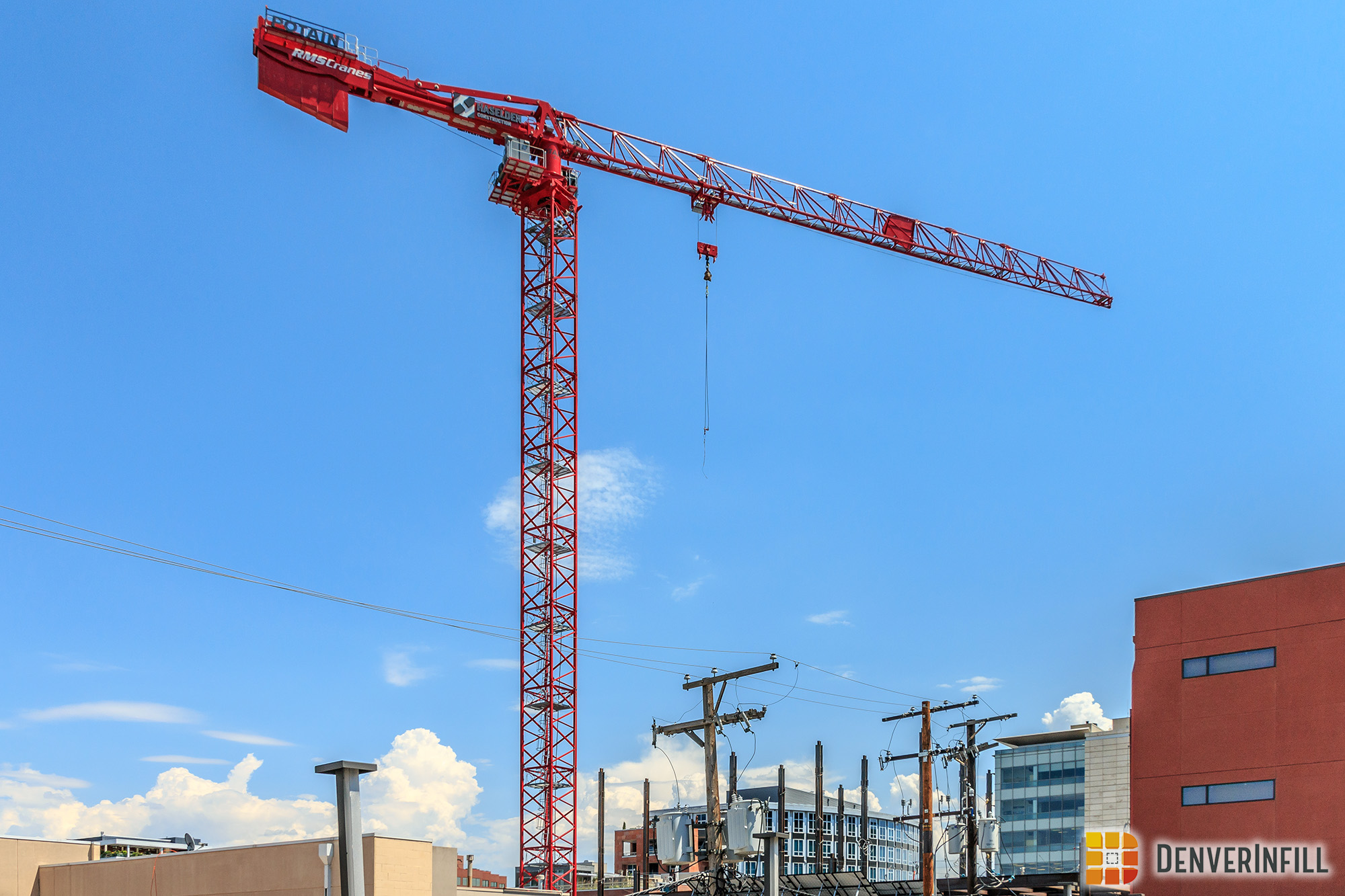 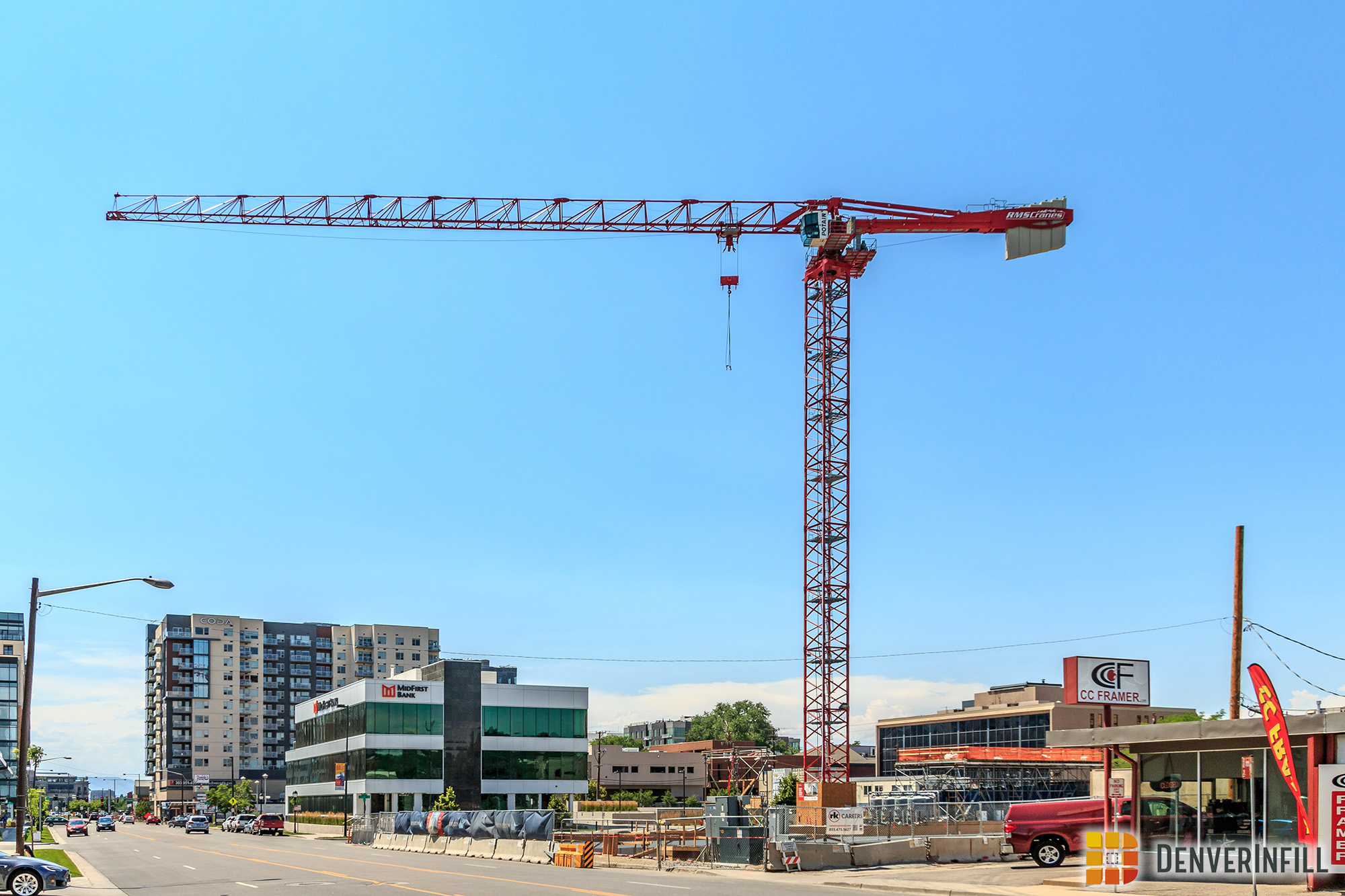 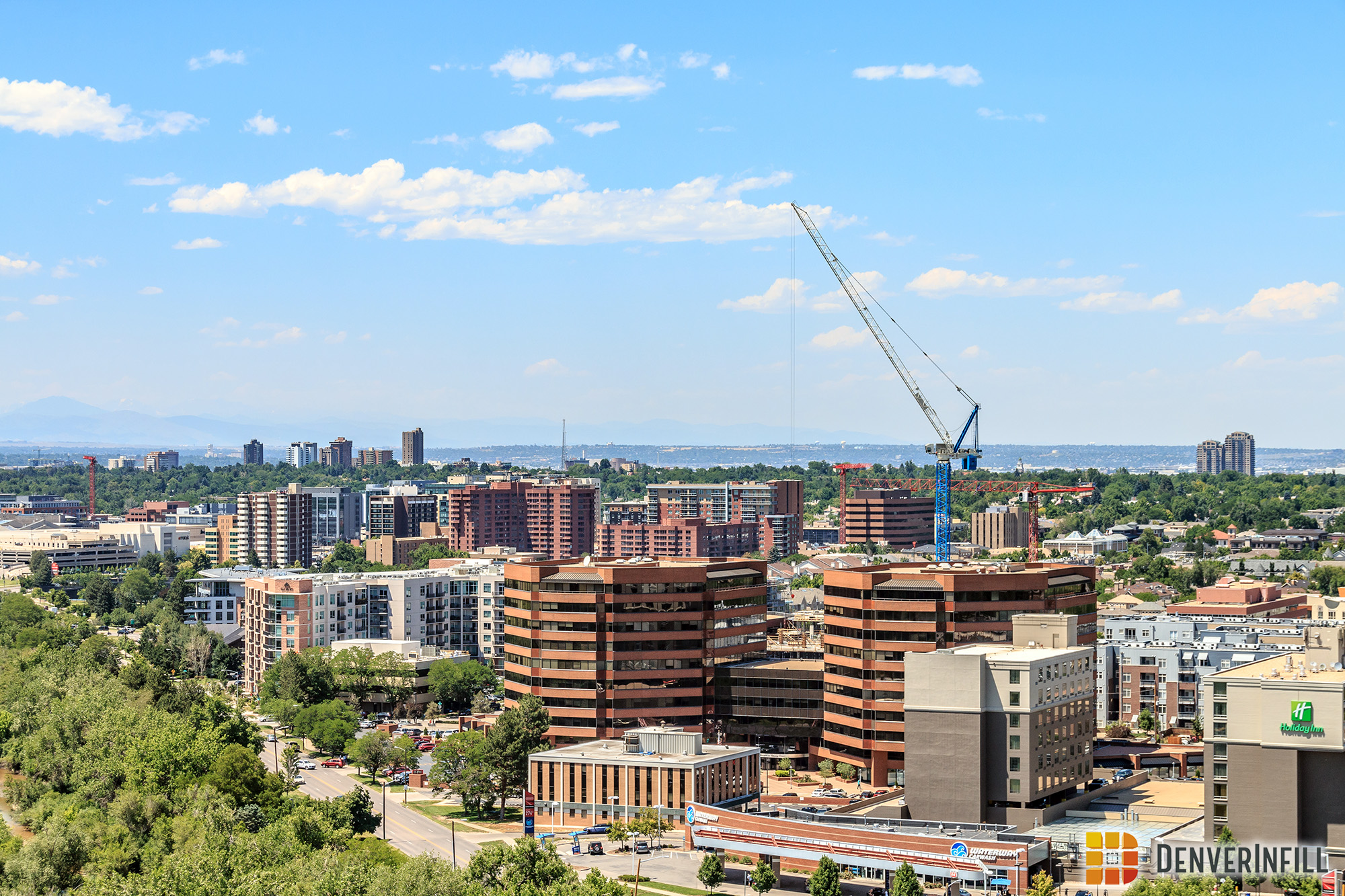 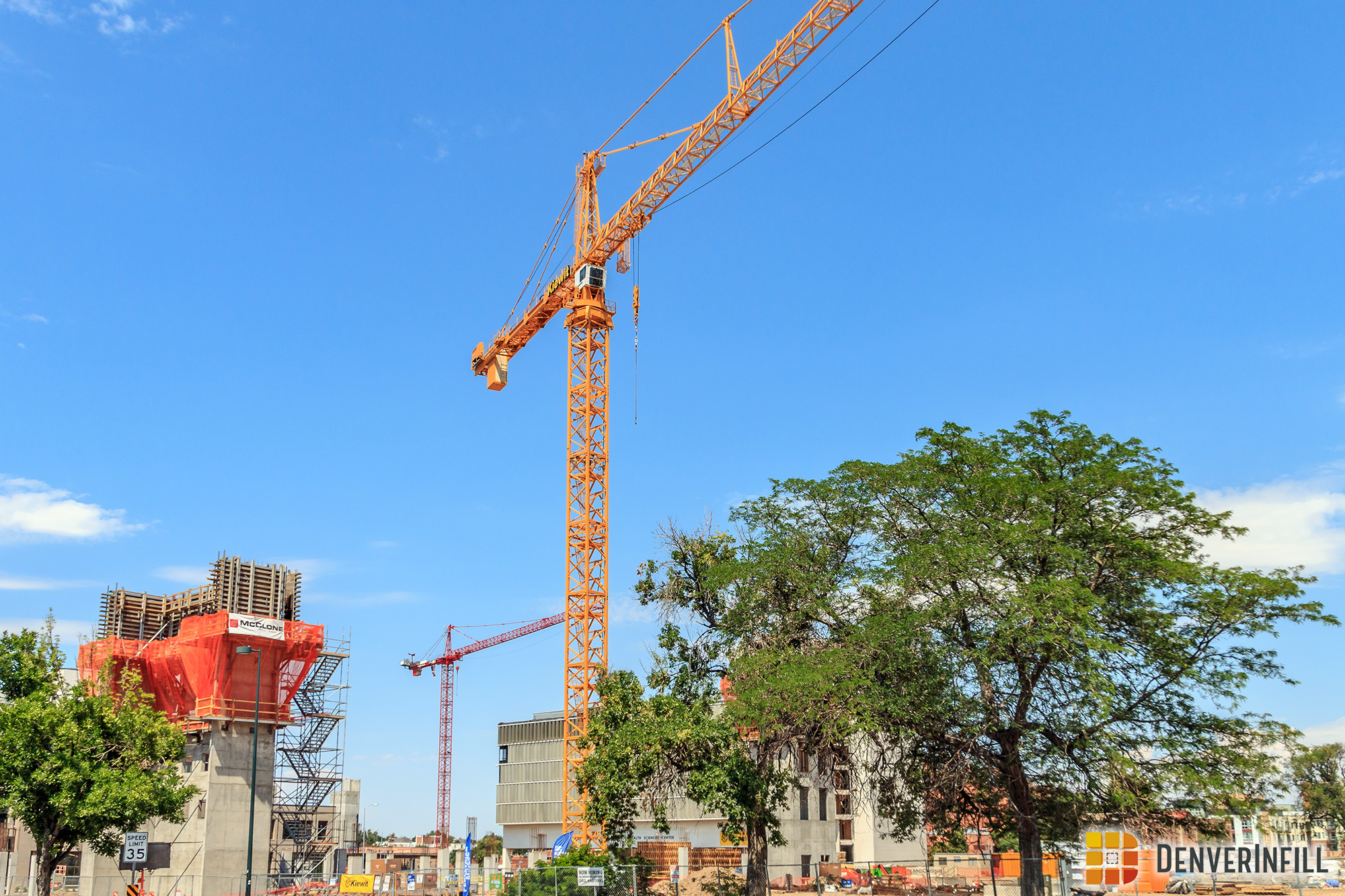 The Baker and Speer neighborhoods both contain one tower crane; one for Alta Sobo Station, and the other for Modera West Wash Park. We are now up to Seventeen. 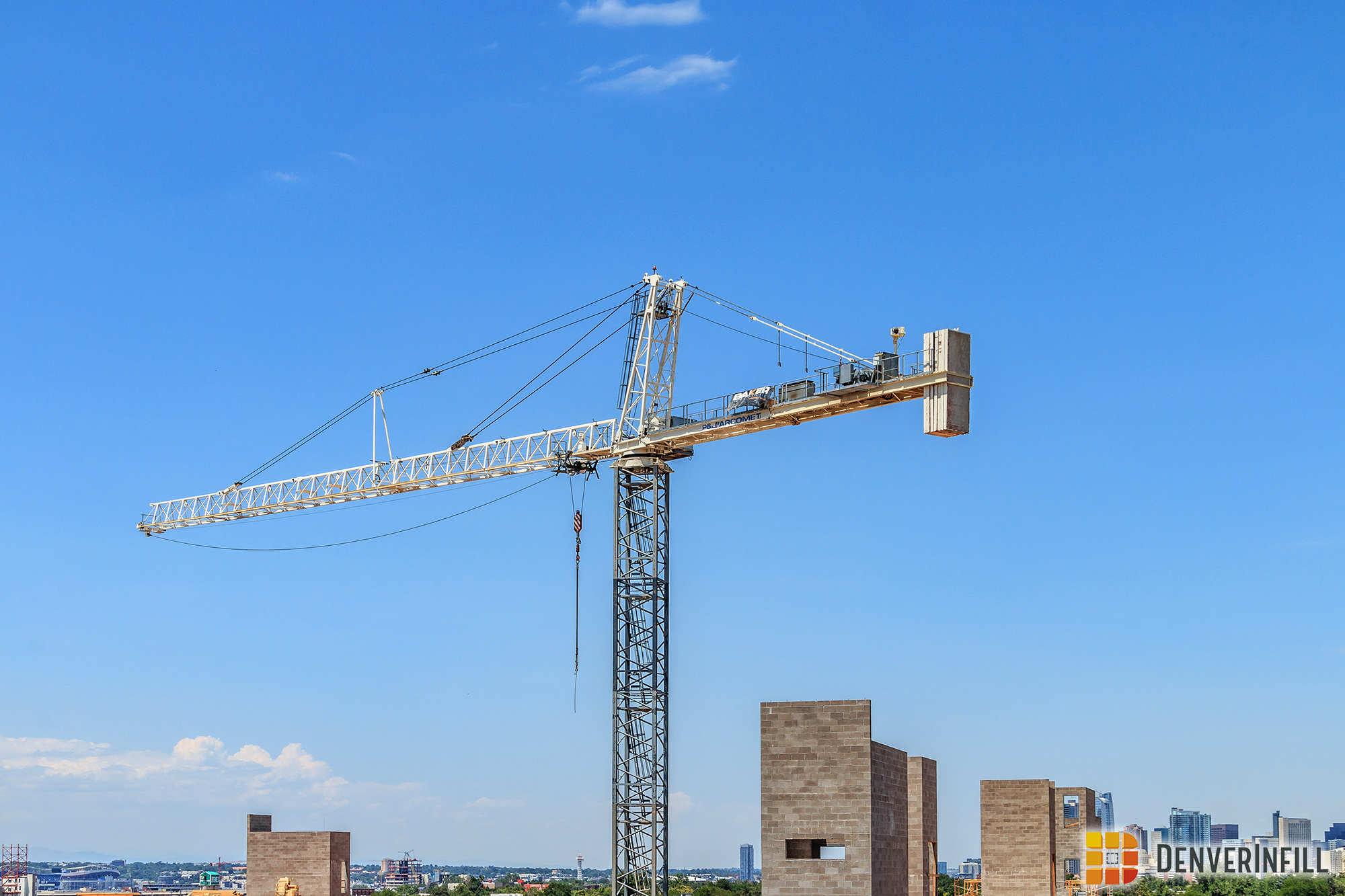 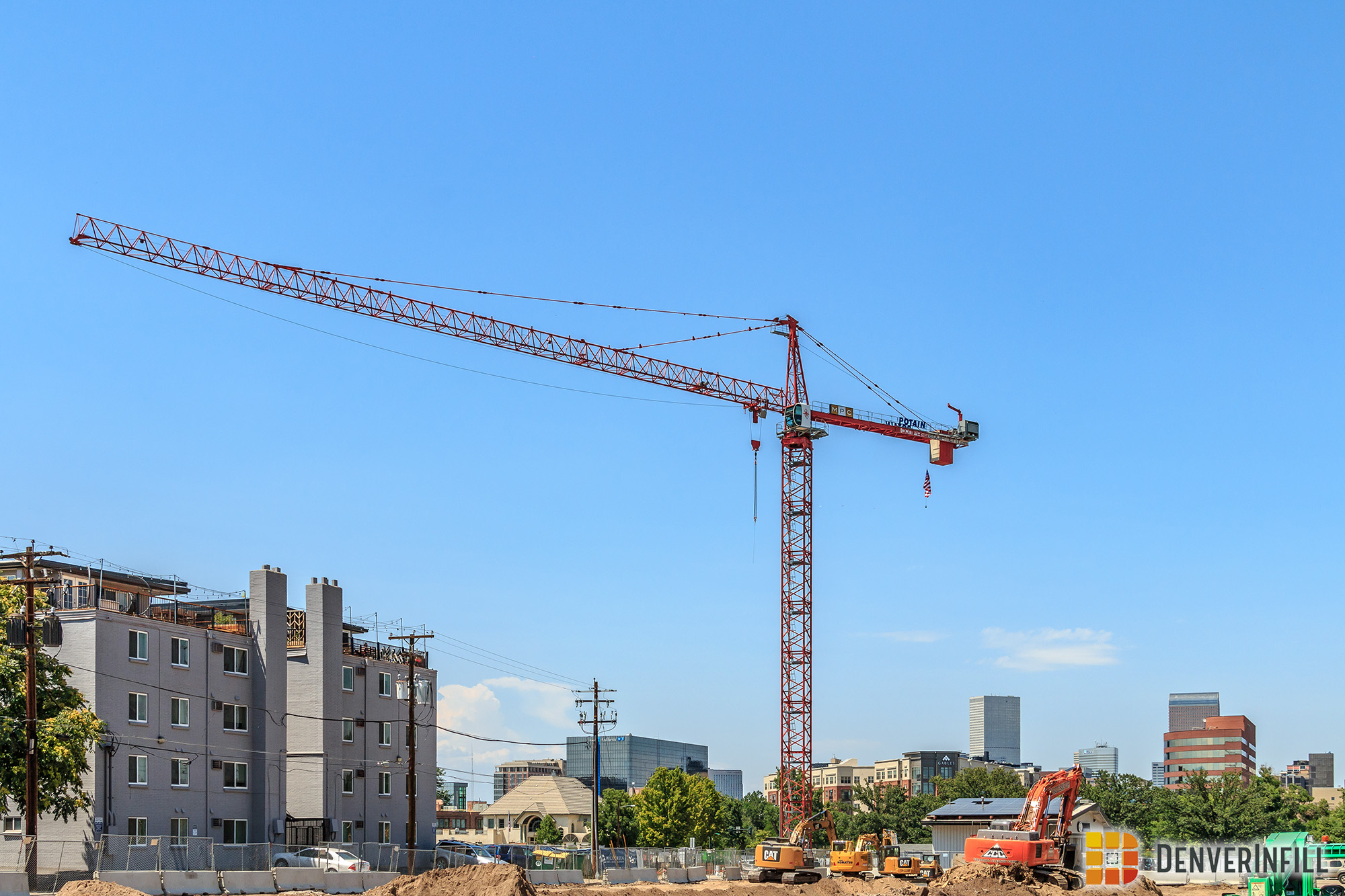 Swinging through the Golden Triangle, our count goes up to Twenty-One. Parq on Speer provides two tower cranes, the Element Hotel and 13th and Delaware Apartments both feature one. 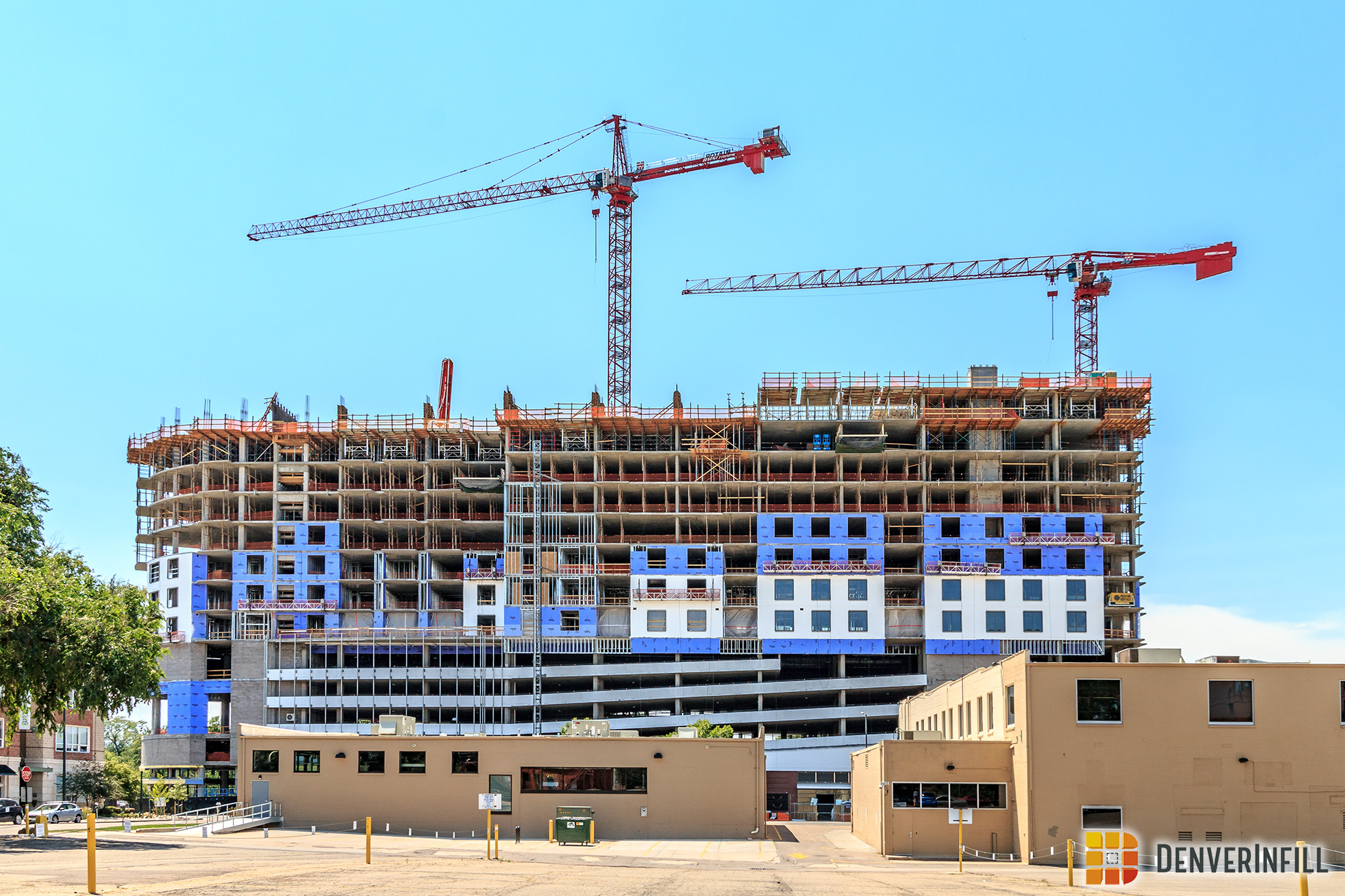 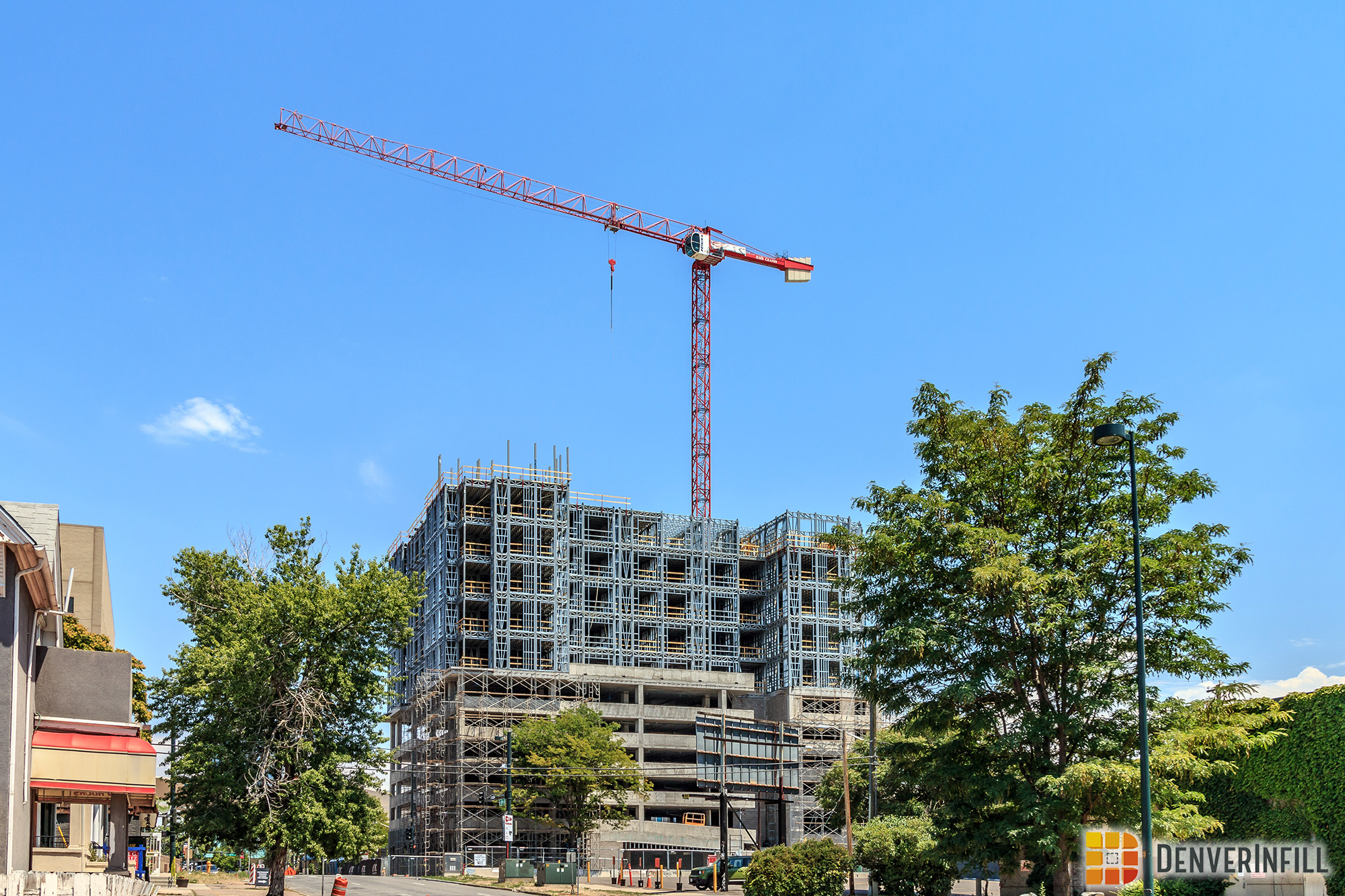 Currently, there is only one tower crane in Central Downtown and one in Lower Downtown. This will change soon with Block 162 currently under construction. Twenty-Two and Twenty-Three belong to 999 17th Street and Market Station. 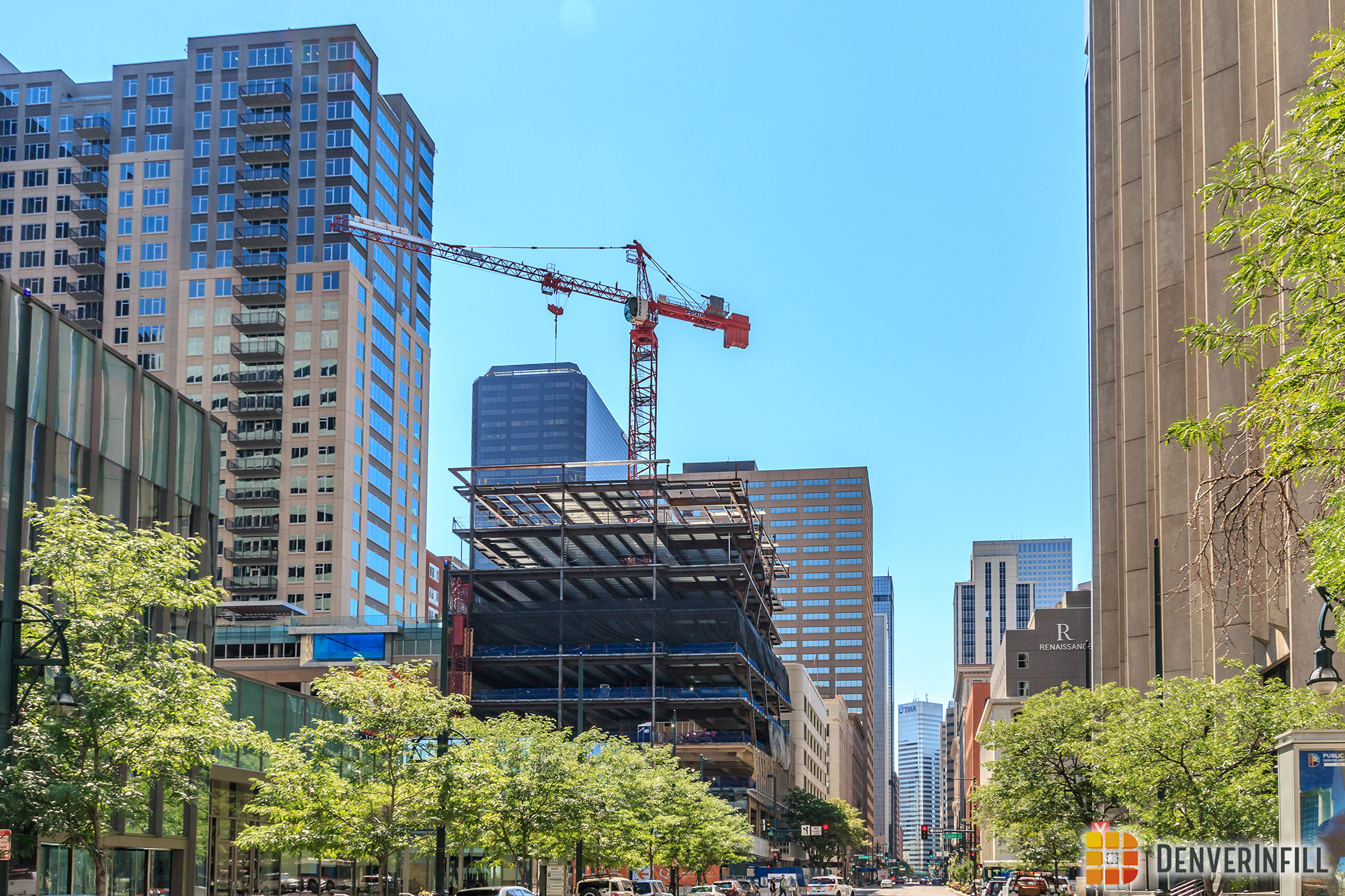 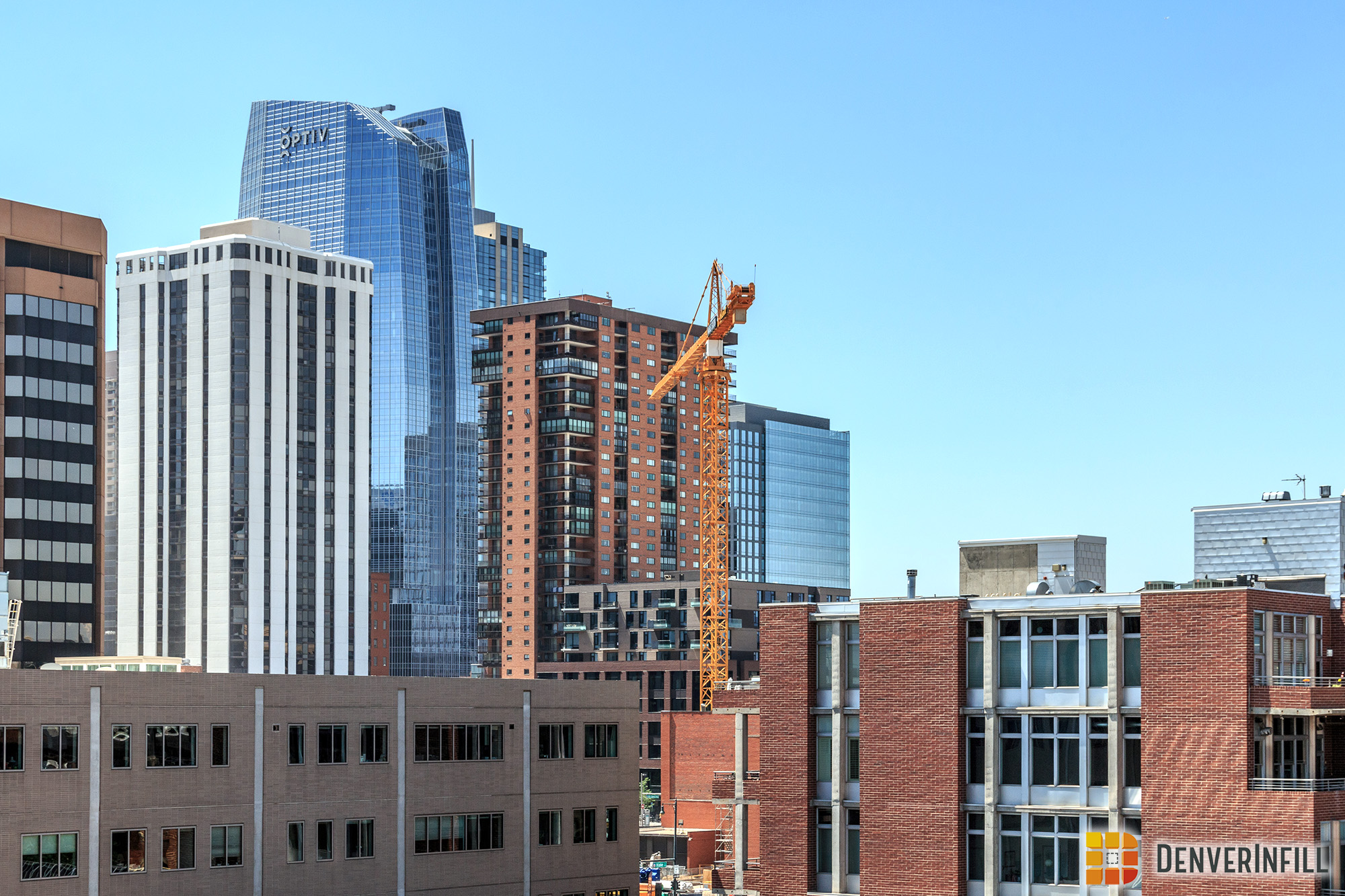 After many years of tower cranes, Union Station is now almost fully built out. There is only one crane currently standing for Ascent Union Station, bringing the count to Twenty-Four. 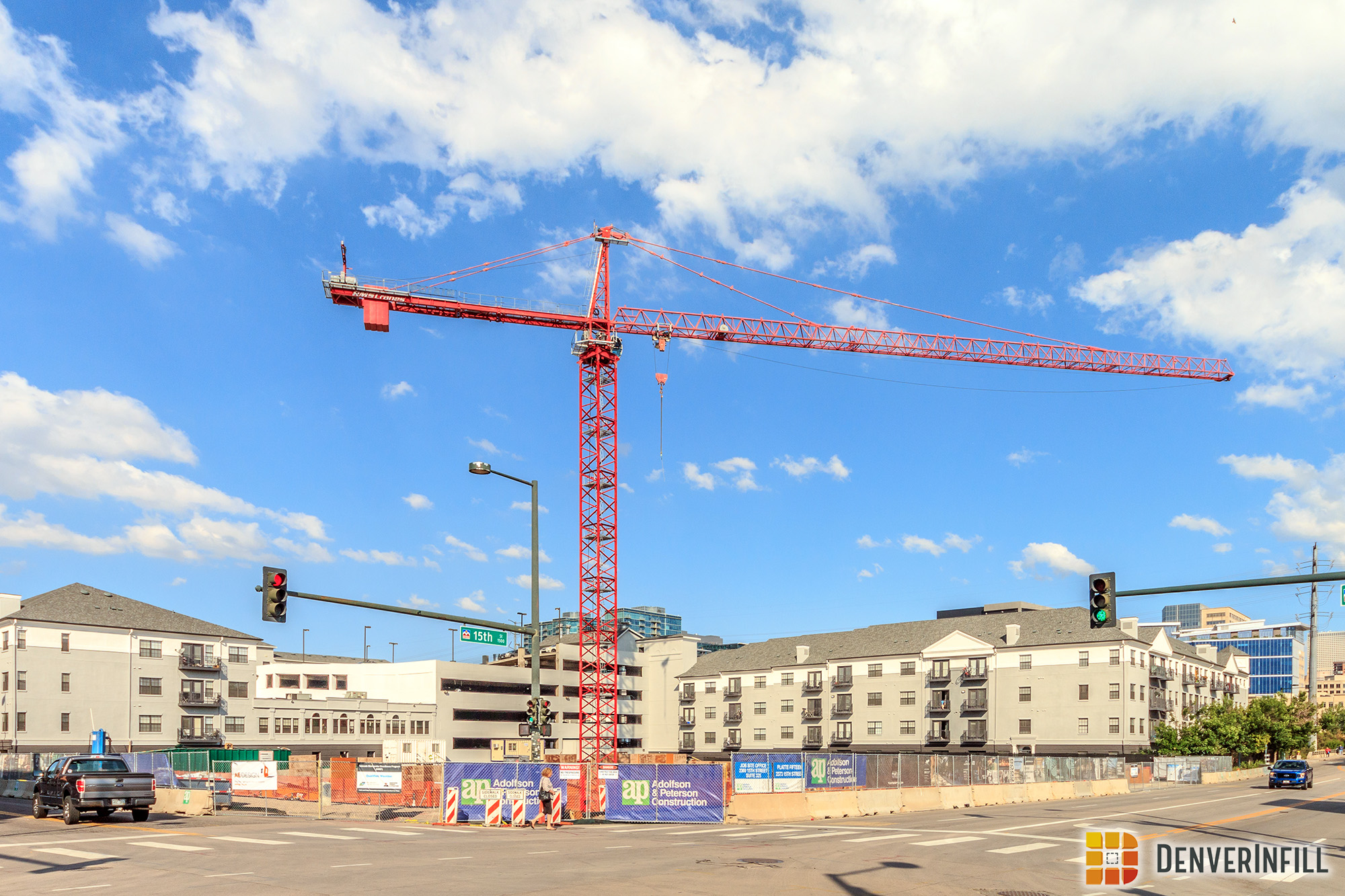 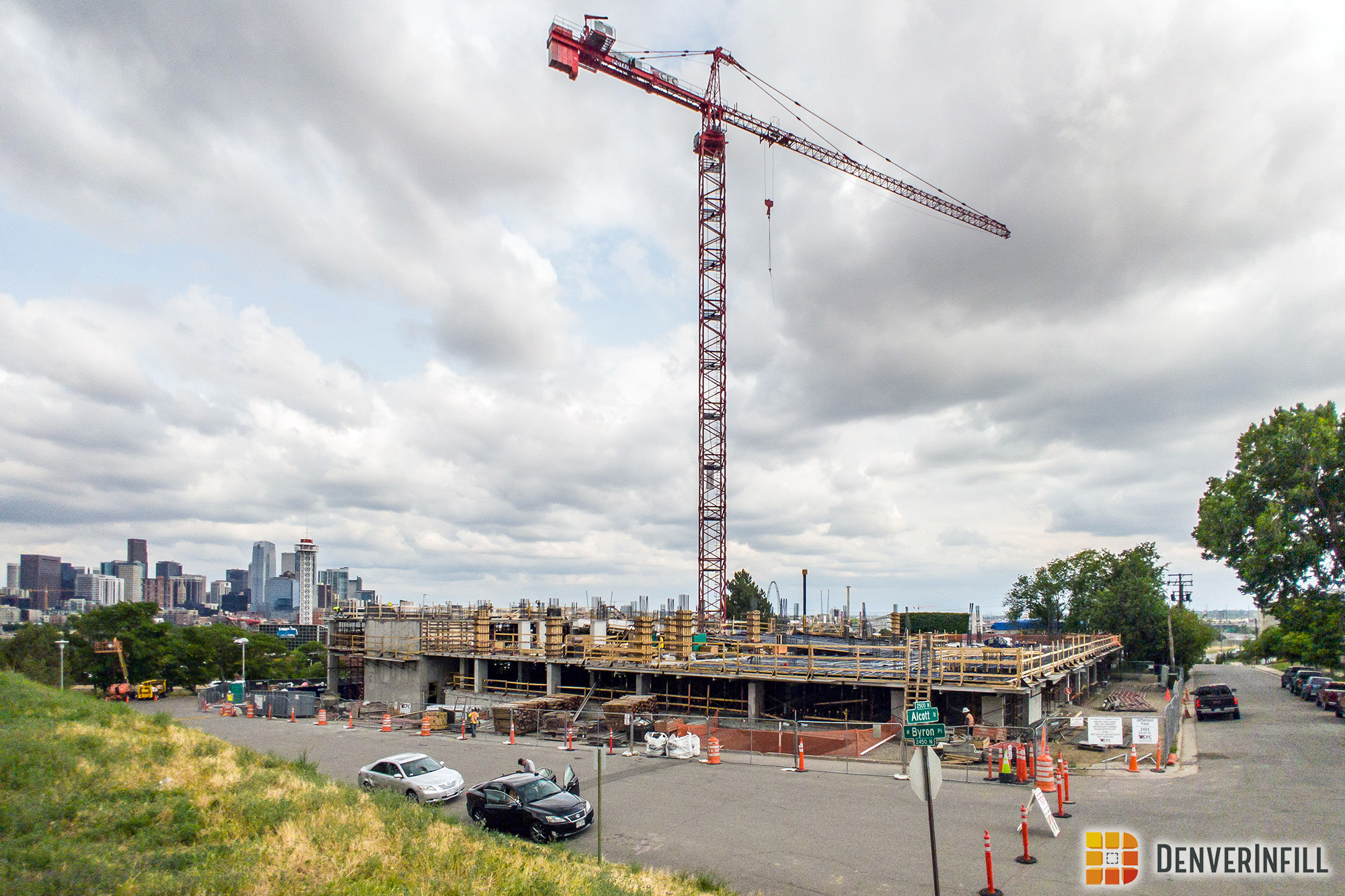 There is one crane up in River North for Camden RiNo, which brings our count up to Twenty-Seven.

Last but not least, let’s wrap up with West Denver. We have yet to cover these projects, but the cranes are a worthy mention. There is a tower crane up for the new Denver Water campus (with 15th and Stout’s crane in the background), three cranes for various projects along West Colfax, and two cranes up for Lakehouse, a large condo project at Sloans Lake. That brings our total count to Thirty-Three tower cranes! There are five more cranes since our last census, and it beats the all time record by one from our 2016 census. 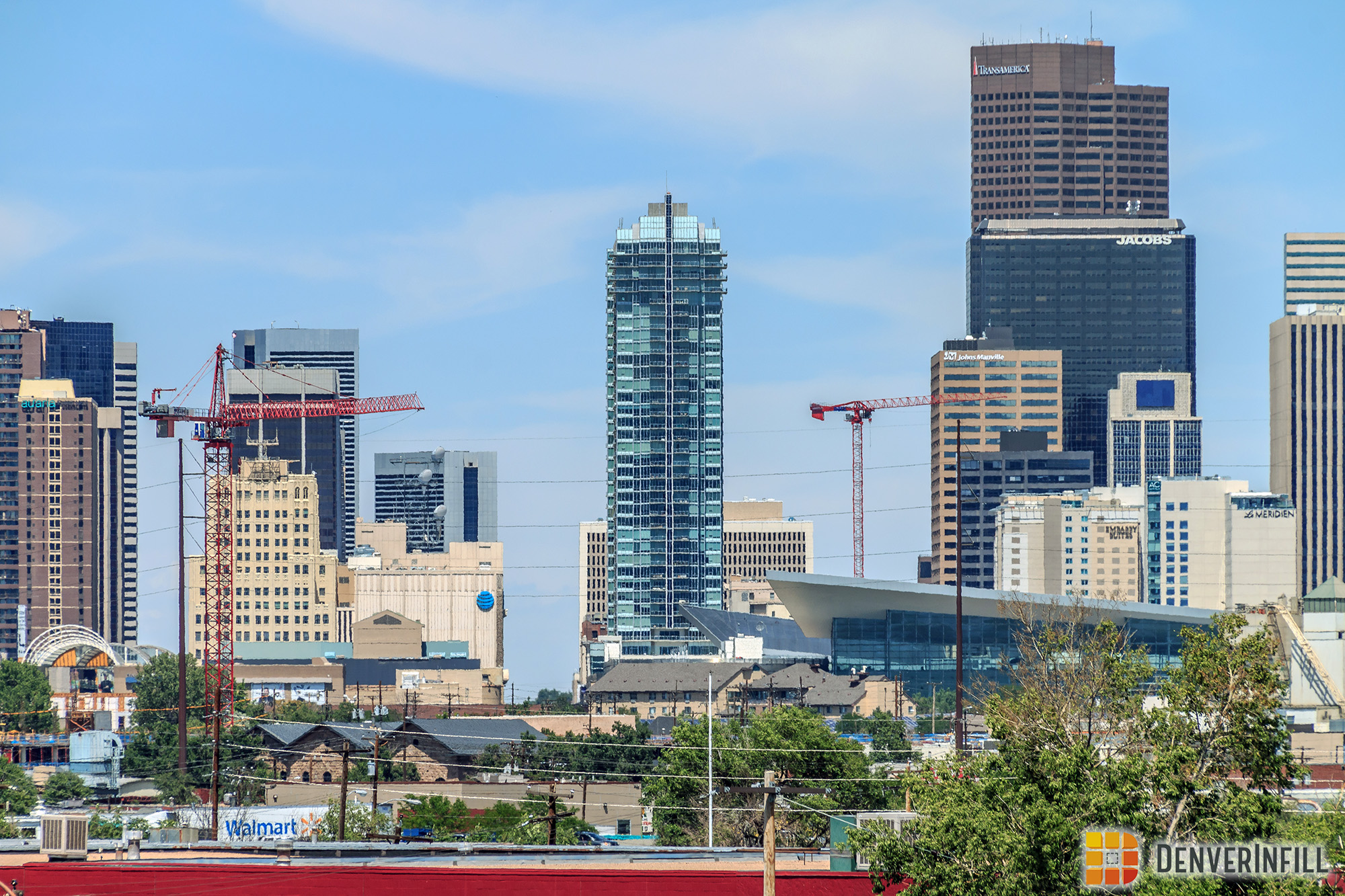 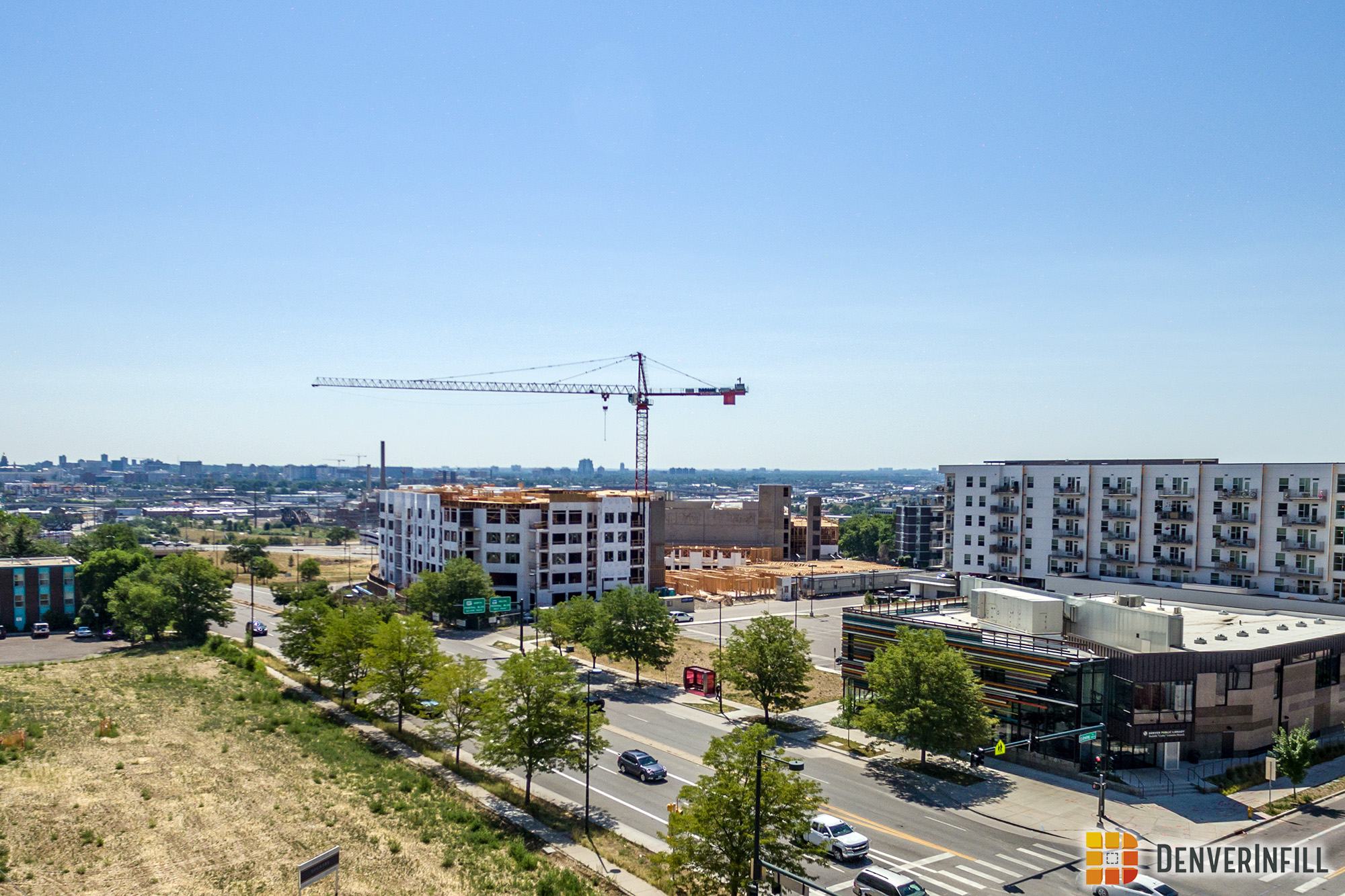 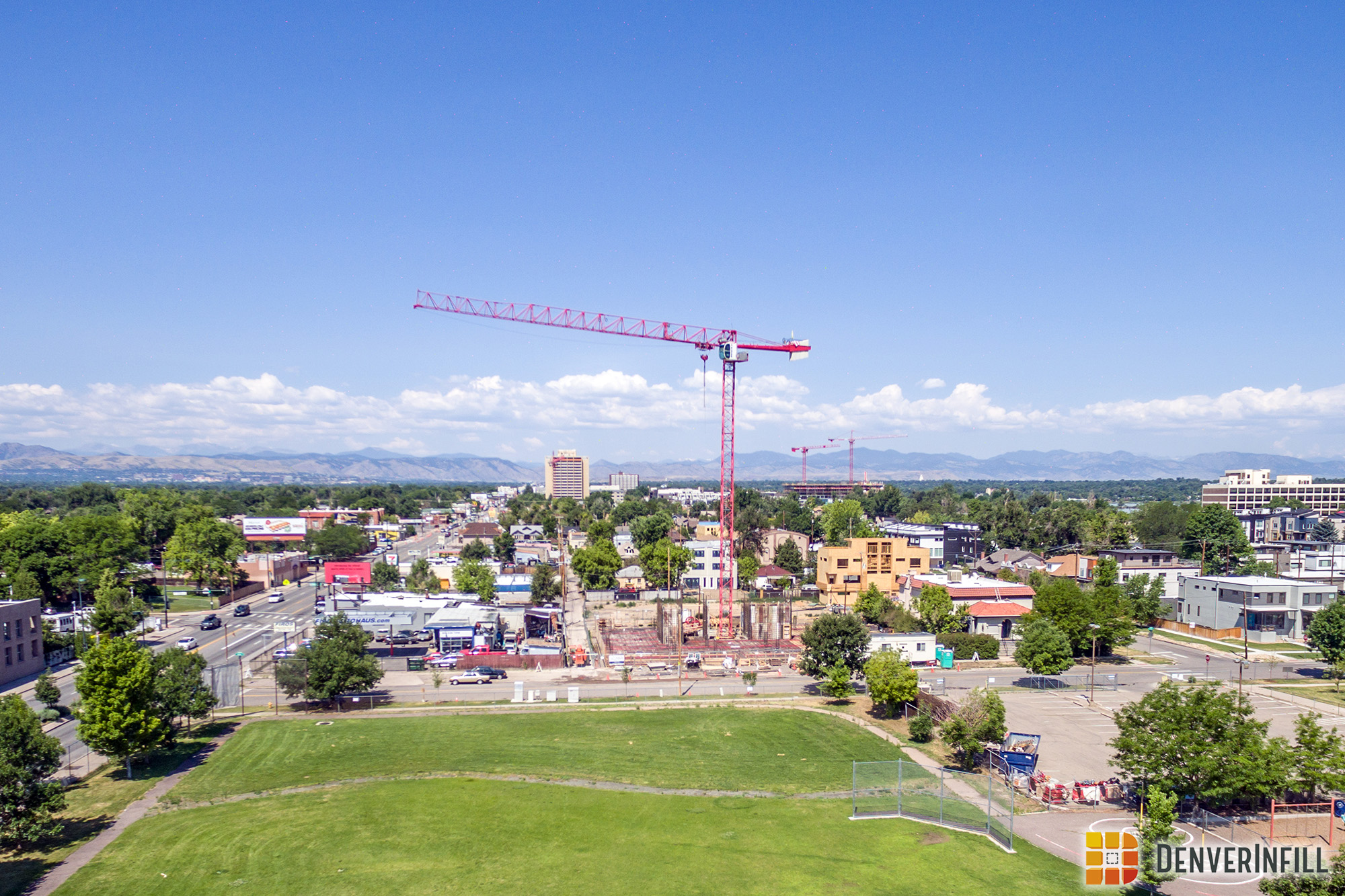 On the map below, we charted out all of the tower cranes featured in this post. Click on a pin to view the name of the project.