Mill Creek Residential’s Modera LoHi is a five-story apartment project that will add 126 homes to 16th Street between Central and Boulder streets in Lower Highland, just steps from the Highland Bridge over Interstate 25. We announced the project back in early 2017. Since then, the project has been working its way through the development review process with the city, while architects at Shears Adkins Rockmore finalized the building’s design.

Demolition of the 1970s office building on the site started on September 18 and three days later only this pile of rubble remained: 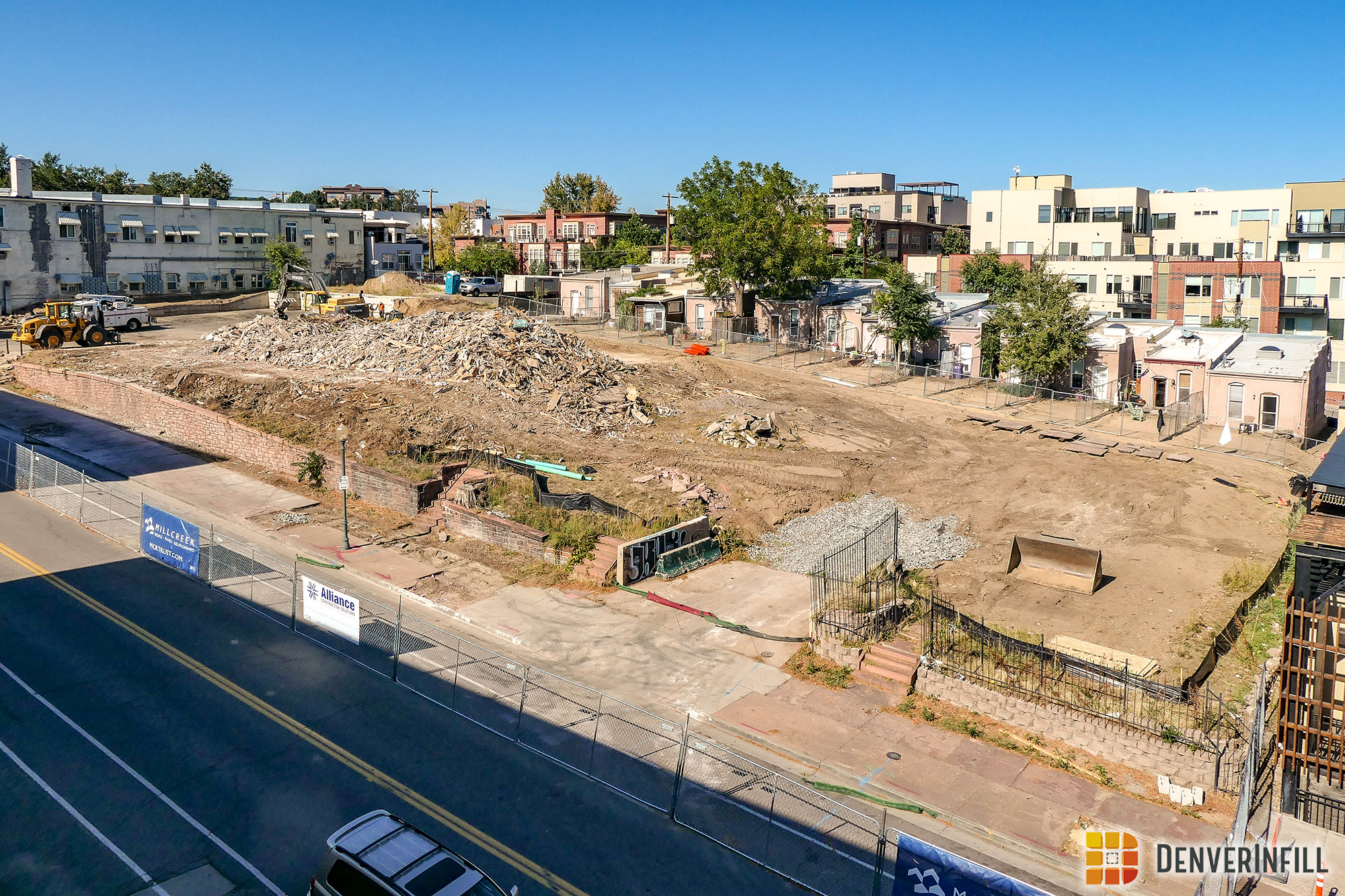 Since then, the site has transitioned from a demolition zone to a construction zone, as these next two images show, taken one and two weeks after the photo above: 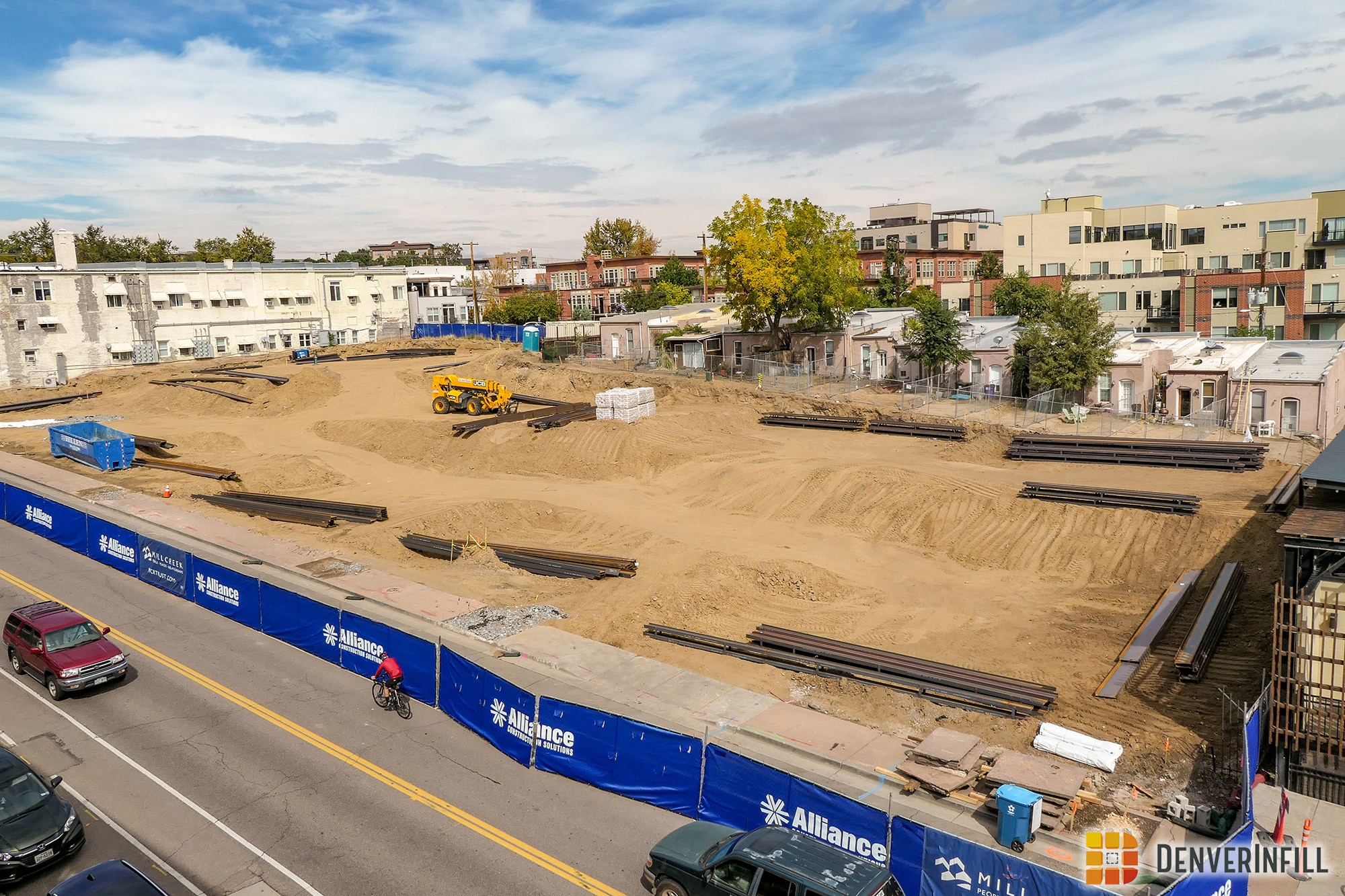 Our next post on Modera LoHi will be in a few months once the two-level underground parking garage is finished.