Let’s take a look at the Wellington Apartments under construction along Osage Street just south of West Colfax Avenue in La Alma-Lincoln Park. This project is fairly unique in that it will feature a co-housing type arrangement where a resident can lease a private bedroom and bathroom within a unit and share the living/dining room, kitchen, and balcony with other tenants in the unit. The project will have 919 bedrooms within its total of 253 apartment units. Sounds like a great arrangement for students at the Auraria Campus across the street!

Our last look at this transit-oriented project was about a year ago when it was mostly a hole in the ground. Now the five-story structure has topped out and some of the brick facade is starting to be installed, as you can see in the first image below.

From the southeastern corner of the development on Osage Street looking west and north towards the Auraria Campus: 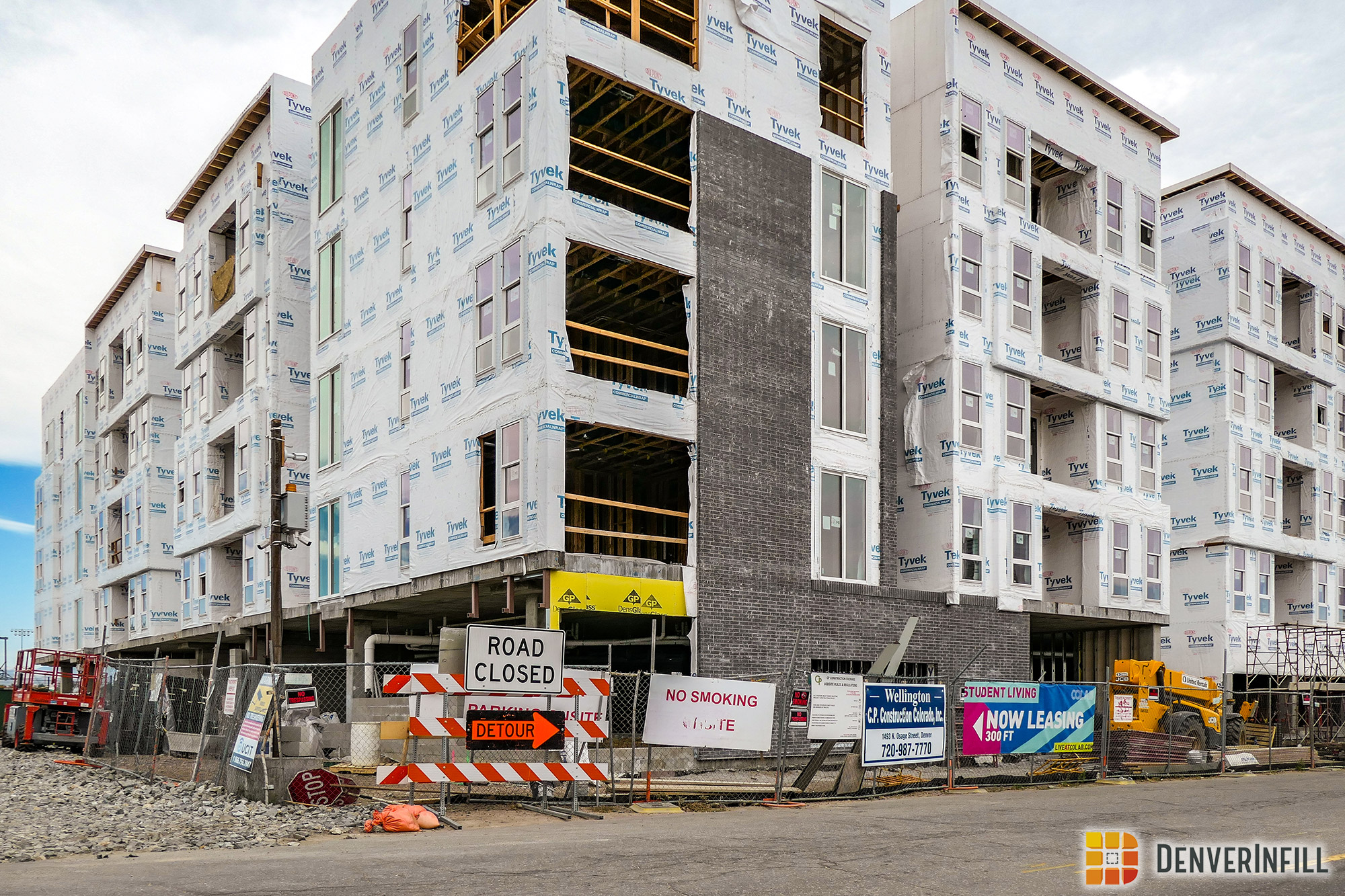 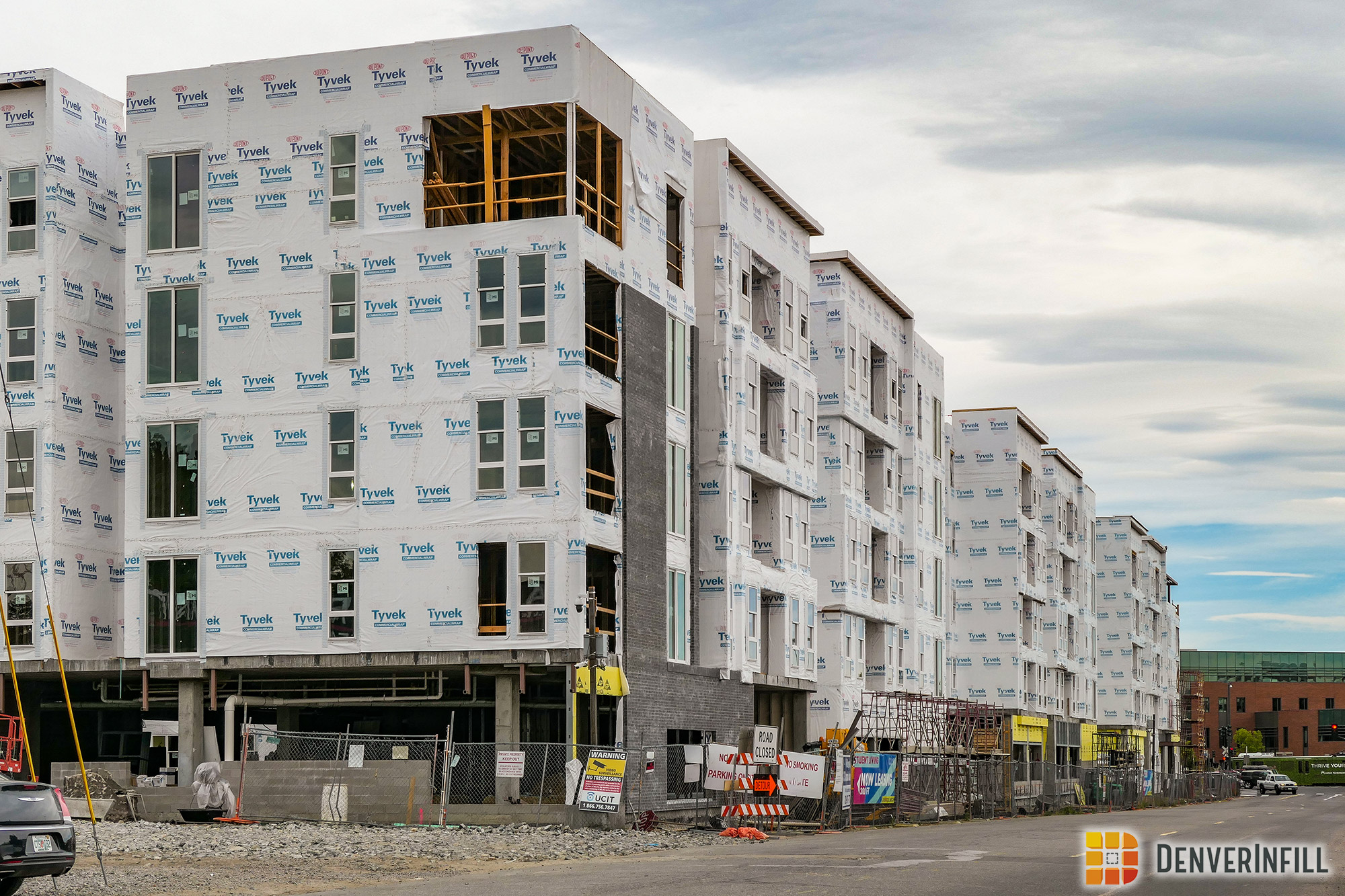 From the northeastern side of the development looking south down Osage and at the corner from across Colfax: 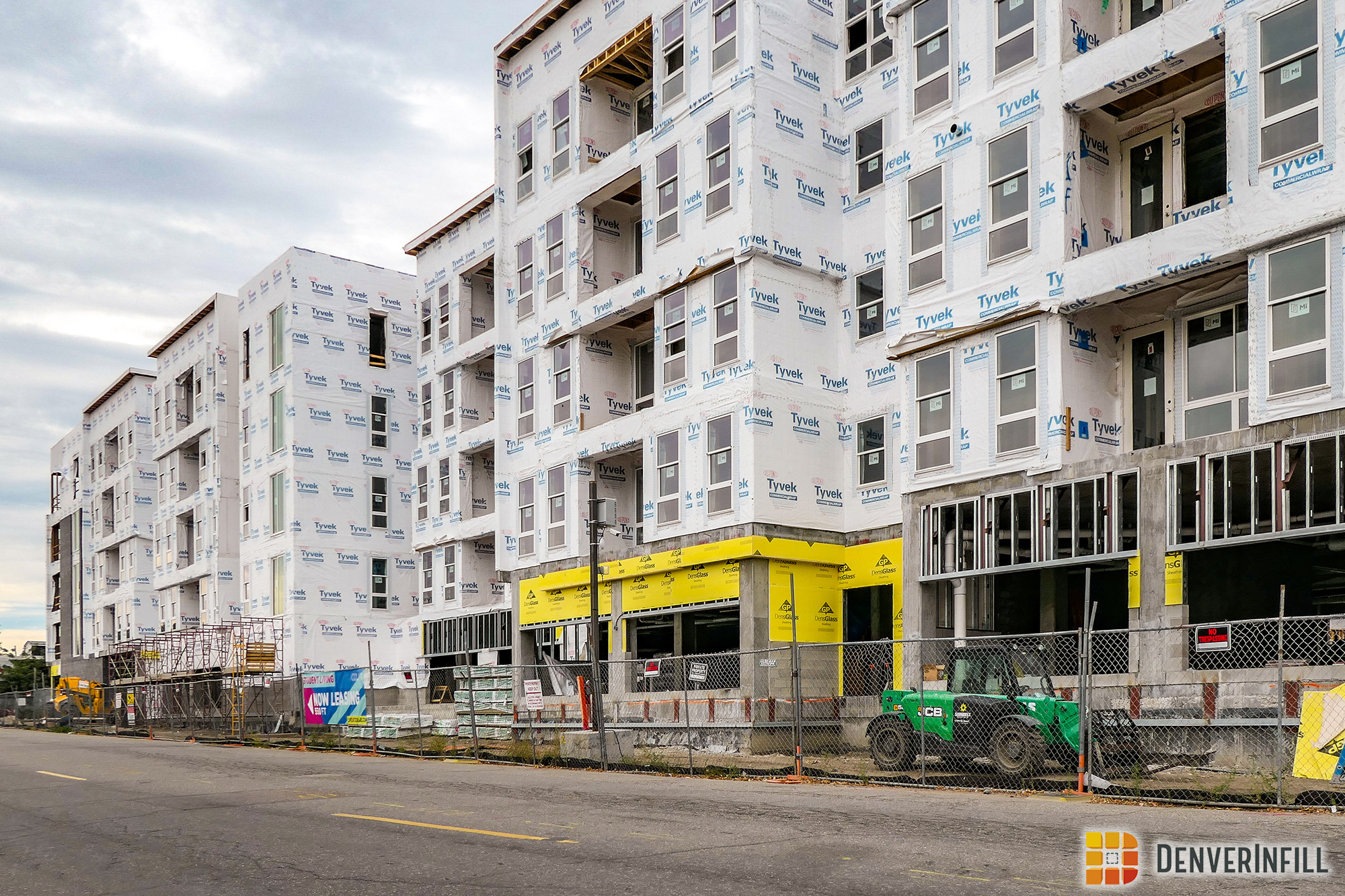 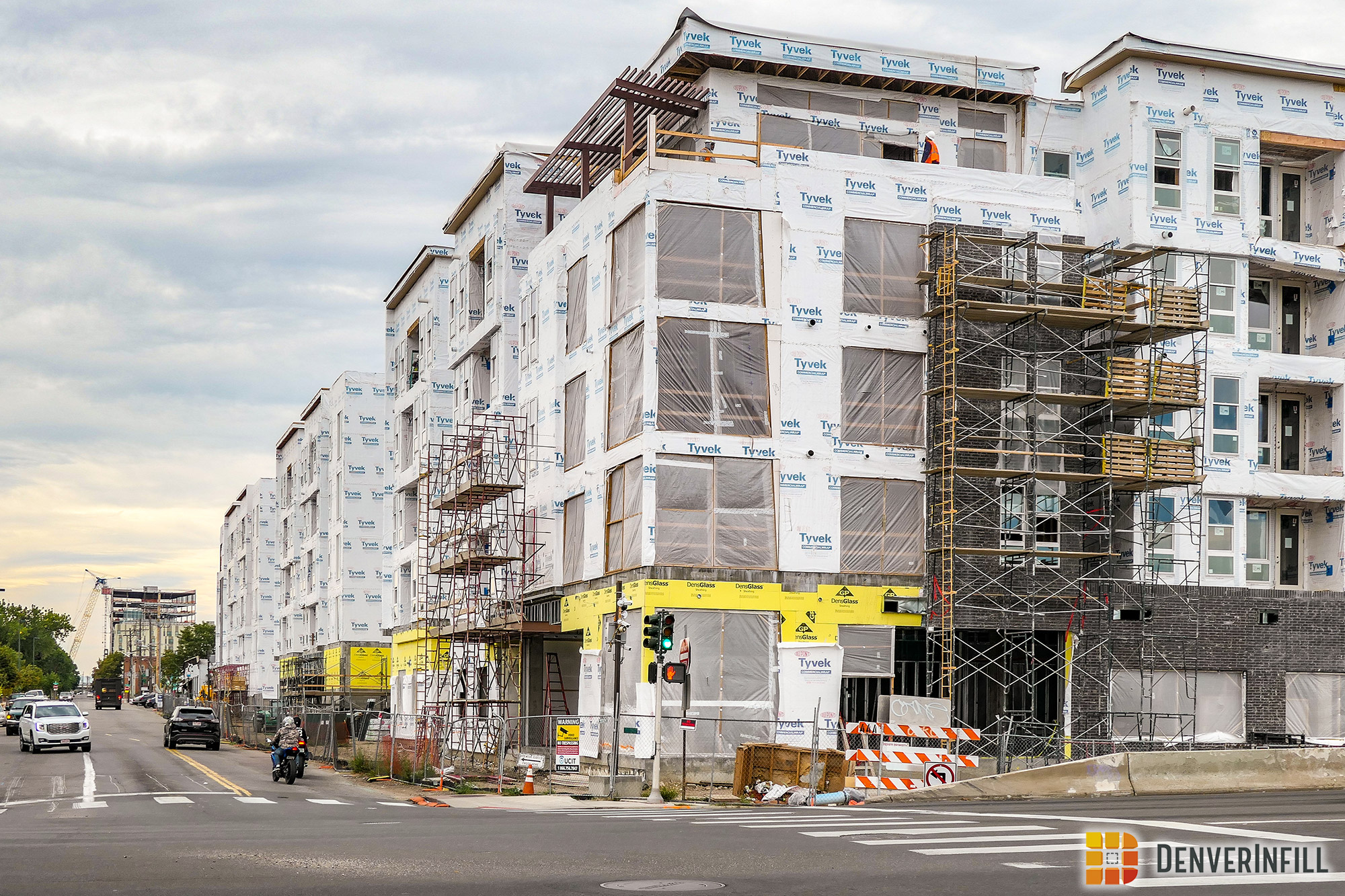 That’s it for now. We’ll stop by the Wellington Apartments in the spring when it is completed.