A new project concept that will revitalize almost a full block of Broadway was submitted to the city a couple weeks ago. While there are no renderings or drawings available just yet, the fact there are documents filed with the city makes it worth covering.

Wood Partners has submitted a bold proposal that will replace multiple pedestrian unfriendly buildings while saving the iconic Sports Castle that has been sitting mostly empty in recent years. Let’s start out with a map of the area with the preliminary scope of the project outlined below. Everything in the yellow box calls for demolition with the exception of the Sports Castle which is highlighted by the blue box.

The proposal calls for the old office buildings at 1050-1060 Broadway, the parking garage next door, and a small office building at 1001 Lincoln Street will be torn down to make way for a 16-story, 511-unit apartment building. All of these properties, including the Sports Castle, are currently owned by Gart Properties. Here are a few photos of the existing buildings. 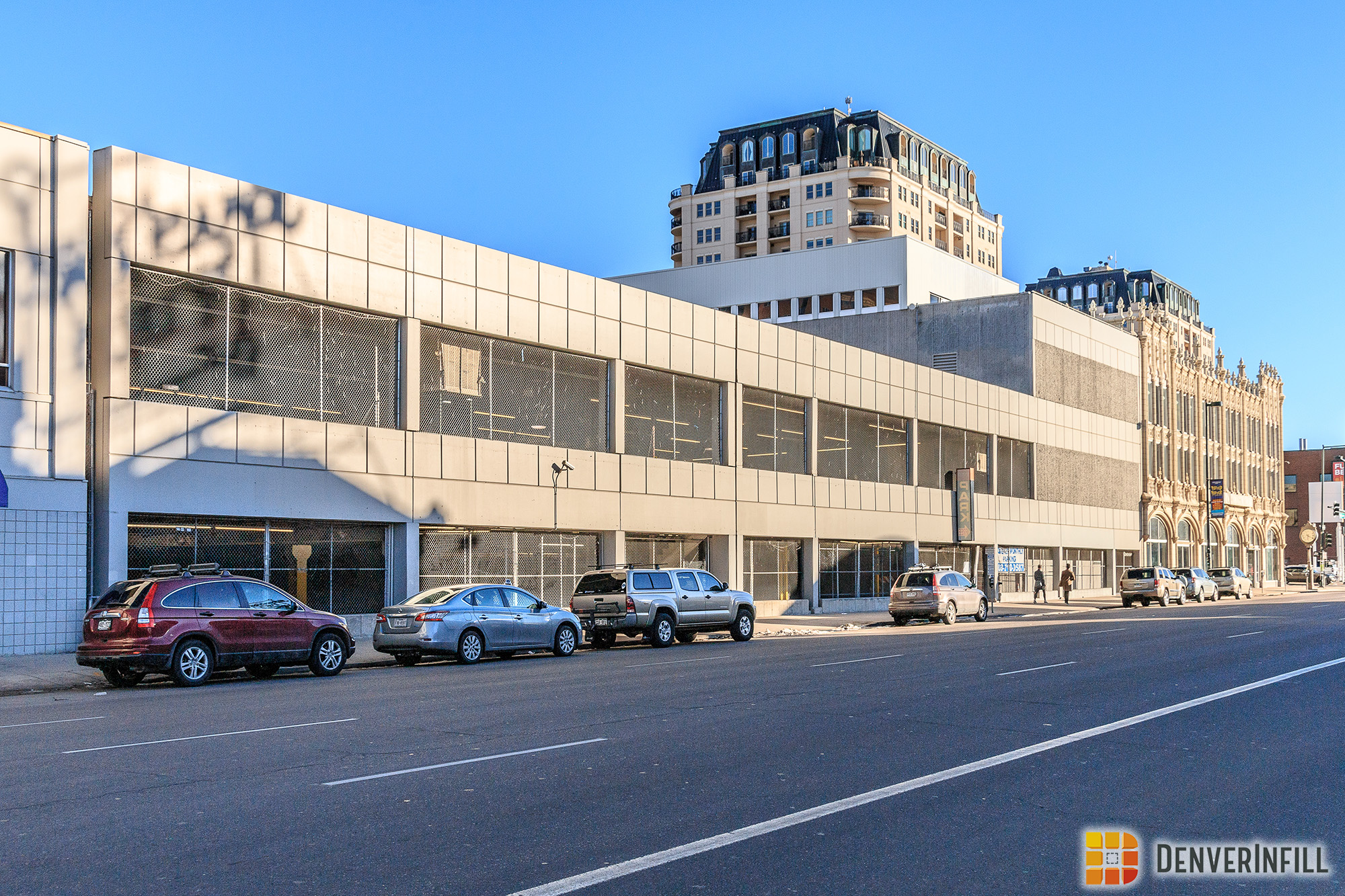 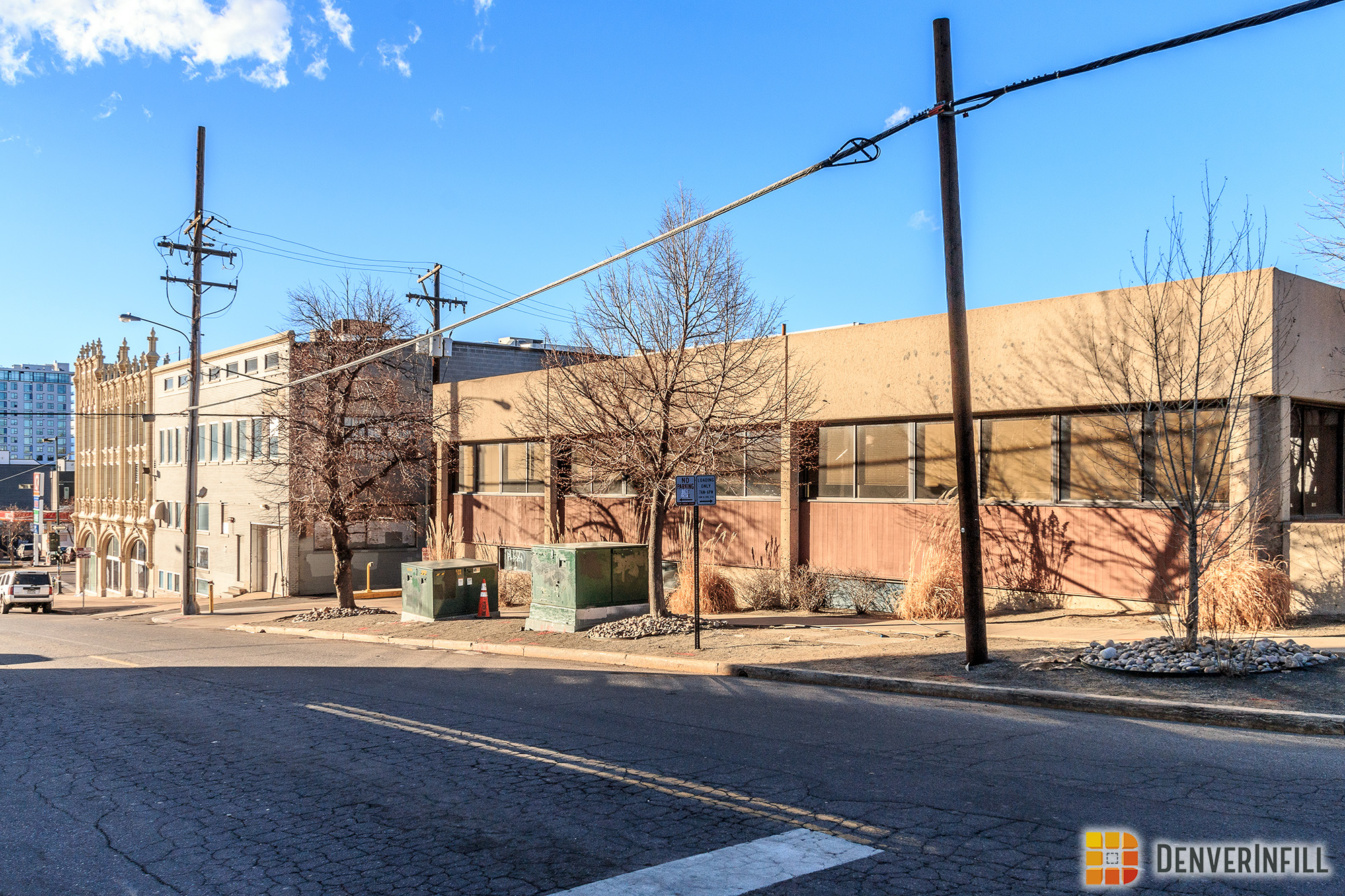 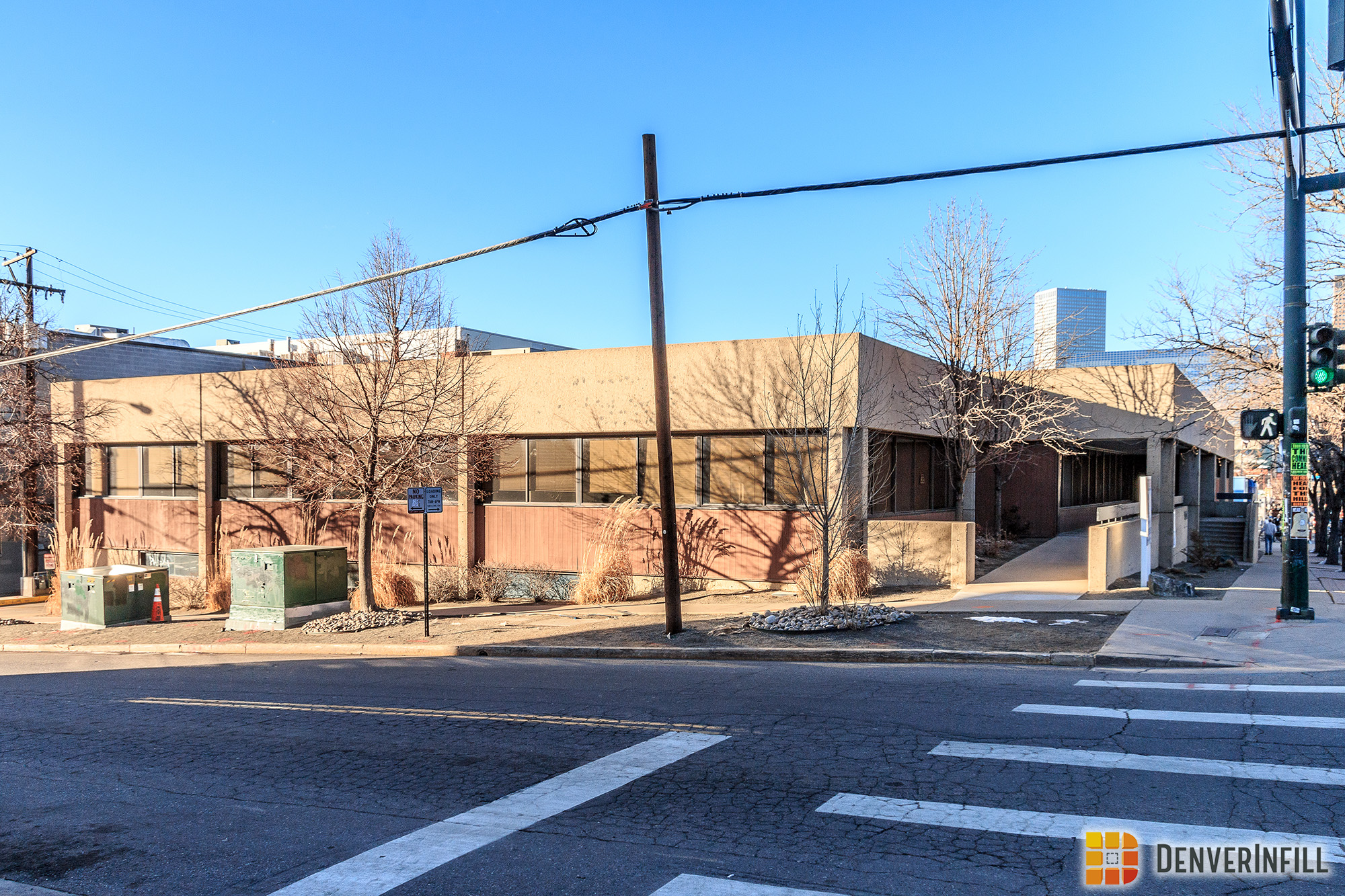 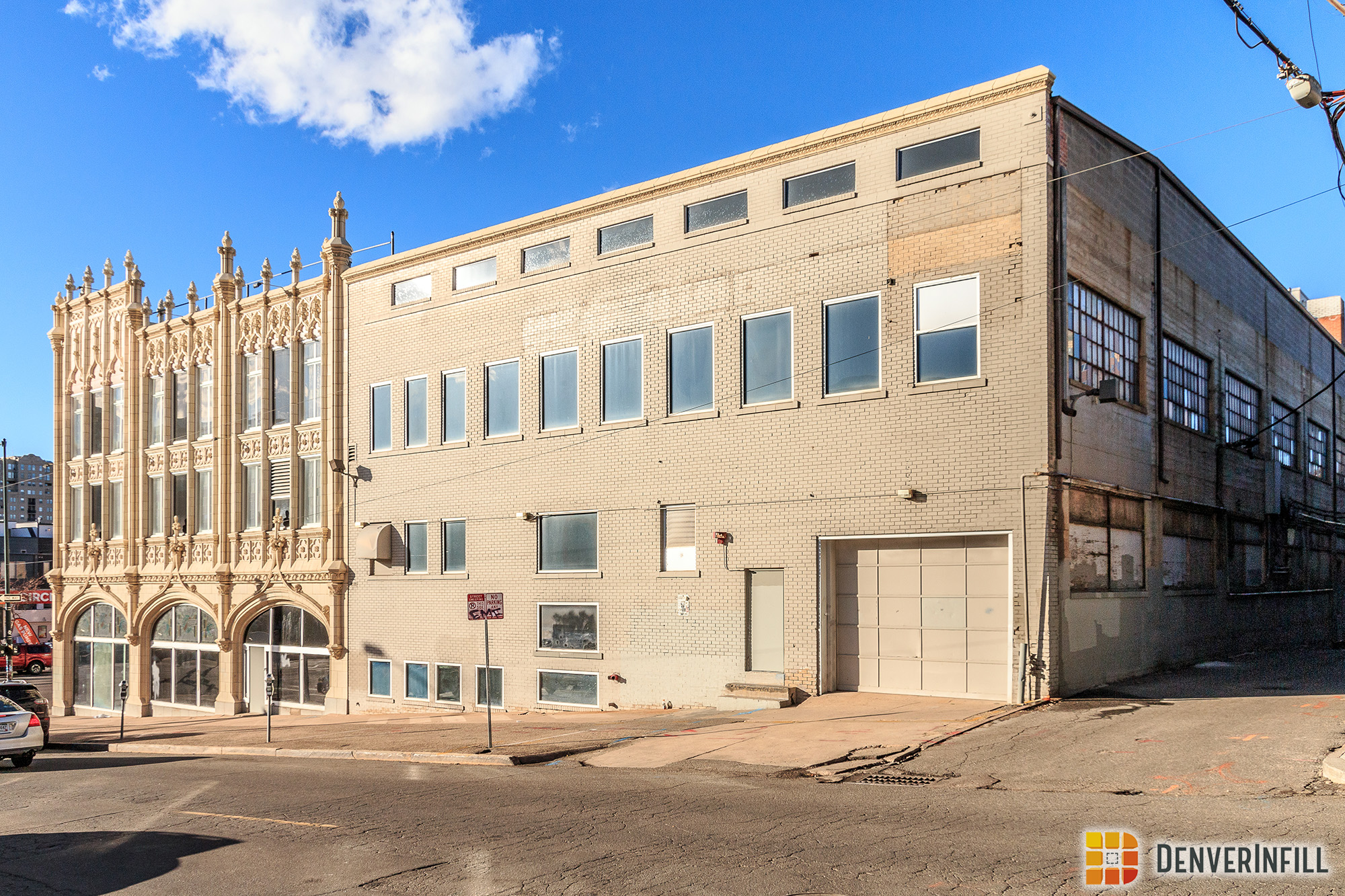 According to the concept submitted to the city, the Sports Castle will be preserved for a future use so it will not be incorporated into the apartment project. Visions for the space include a restaurant, grocery store, or event venue. The rest of the ground floor along Broadway will include an additional 15,000 square feet of “coworking space for residents”. The leasing office and main community entrance will reside on the corner of East 10th Avenue and Lincoln Street.

The Sports Castle, in recent years, has sat mostly vacant since the departure of Sports Authority in 2016; a seasonal Halloween store has temporarily occupied the space. The building was originally built in the 1920s as an auto dealership and then converted in the 1970s to a sporting goods store run by Gart Bros. Prominent Colorado architect Jacques Benedict designed the Sports Castle with it being one of the very few commercial projects he worked on. Even though this building doesn’t have historic designation, it is great to see this beautiful piece of architecture saved. With that said, here are some recent photos around the Sports Castle from this past weekend. 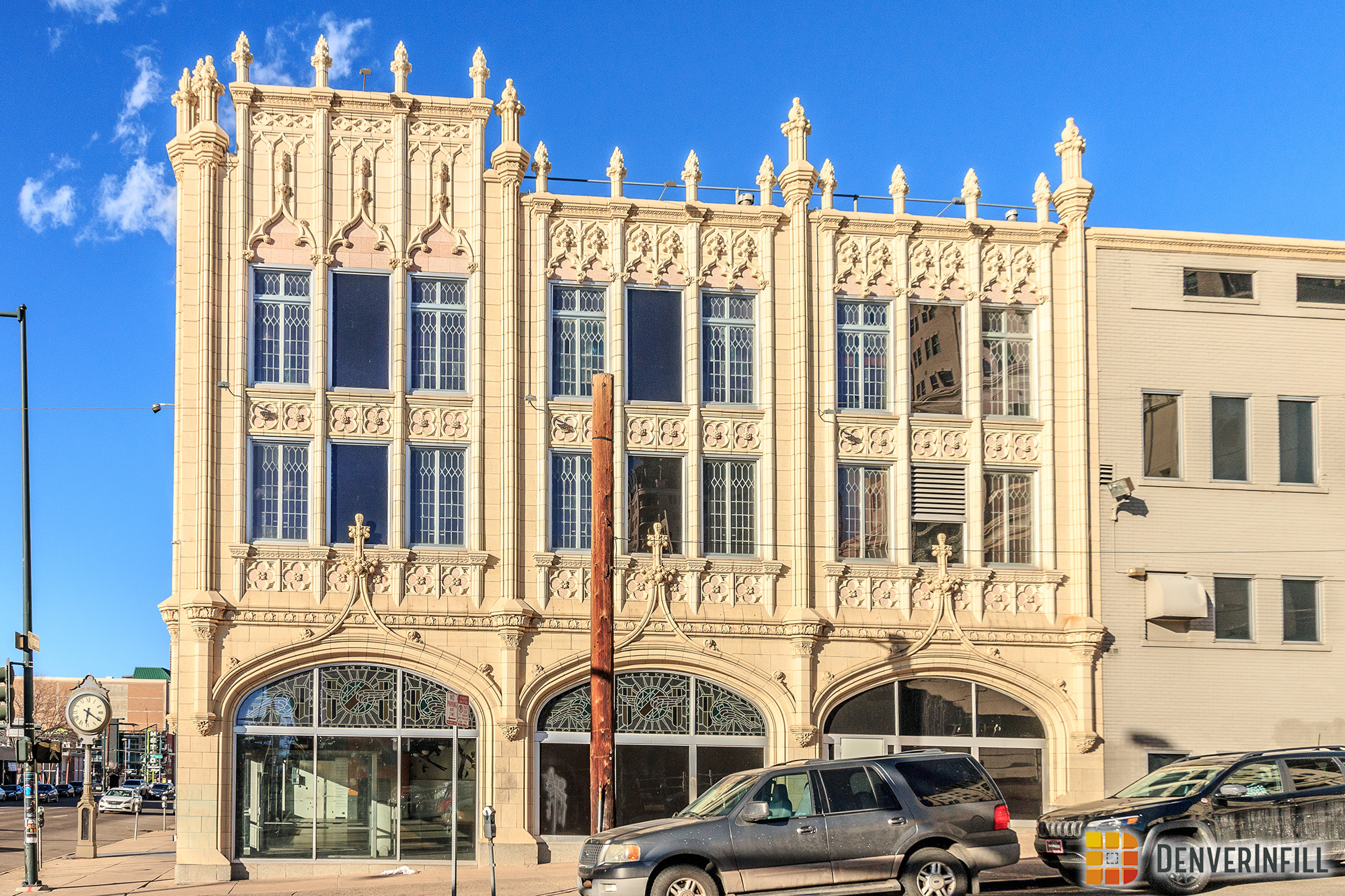 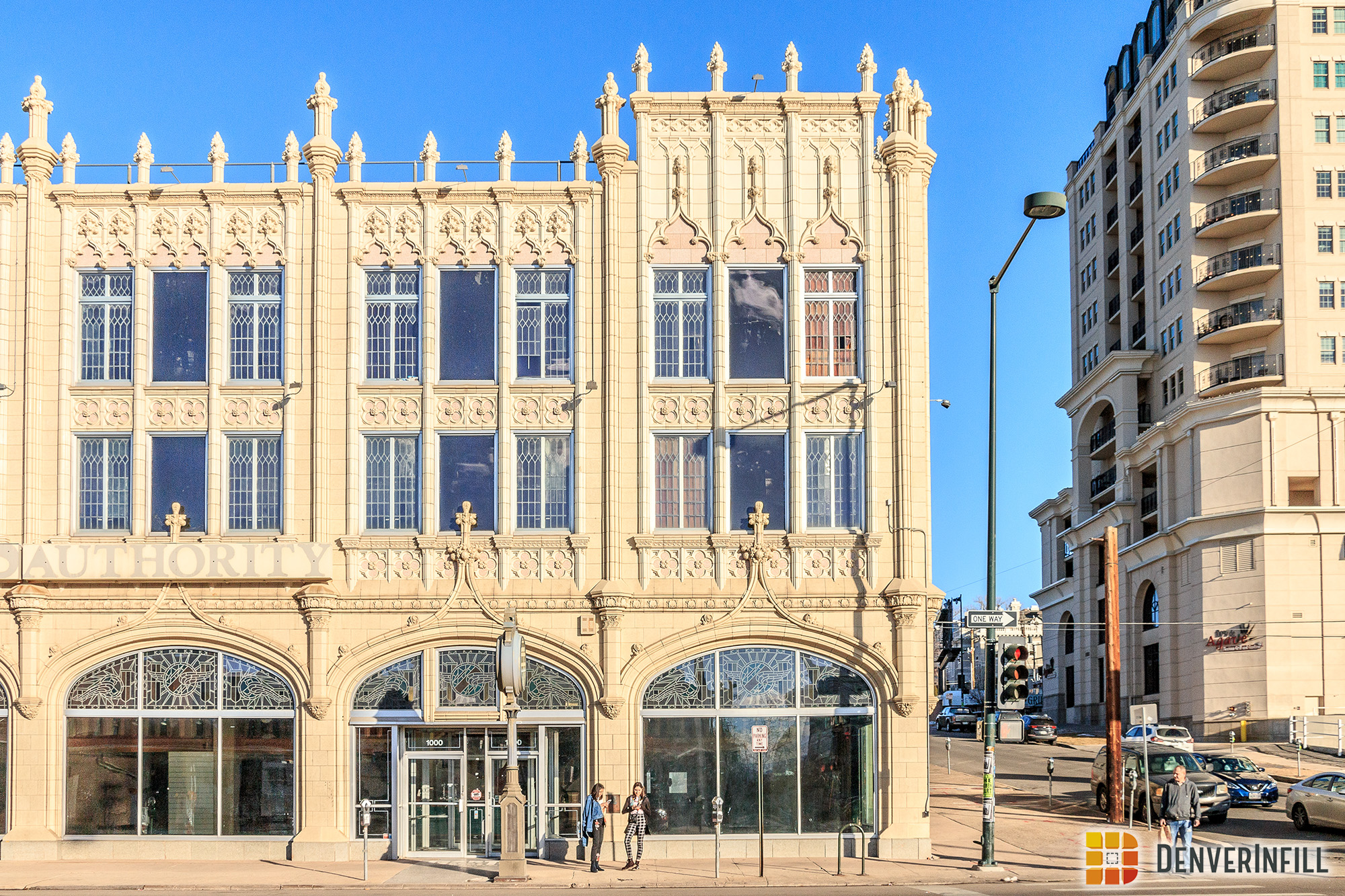 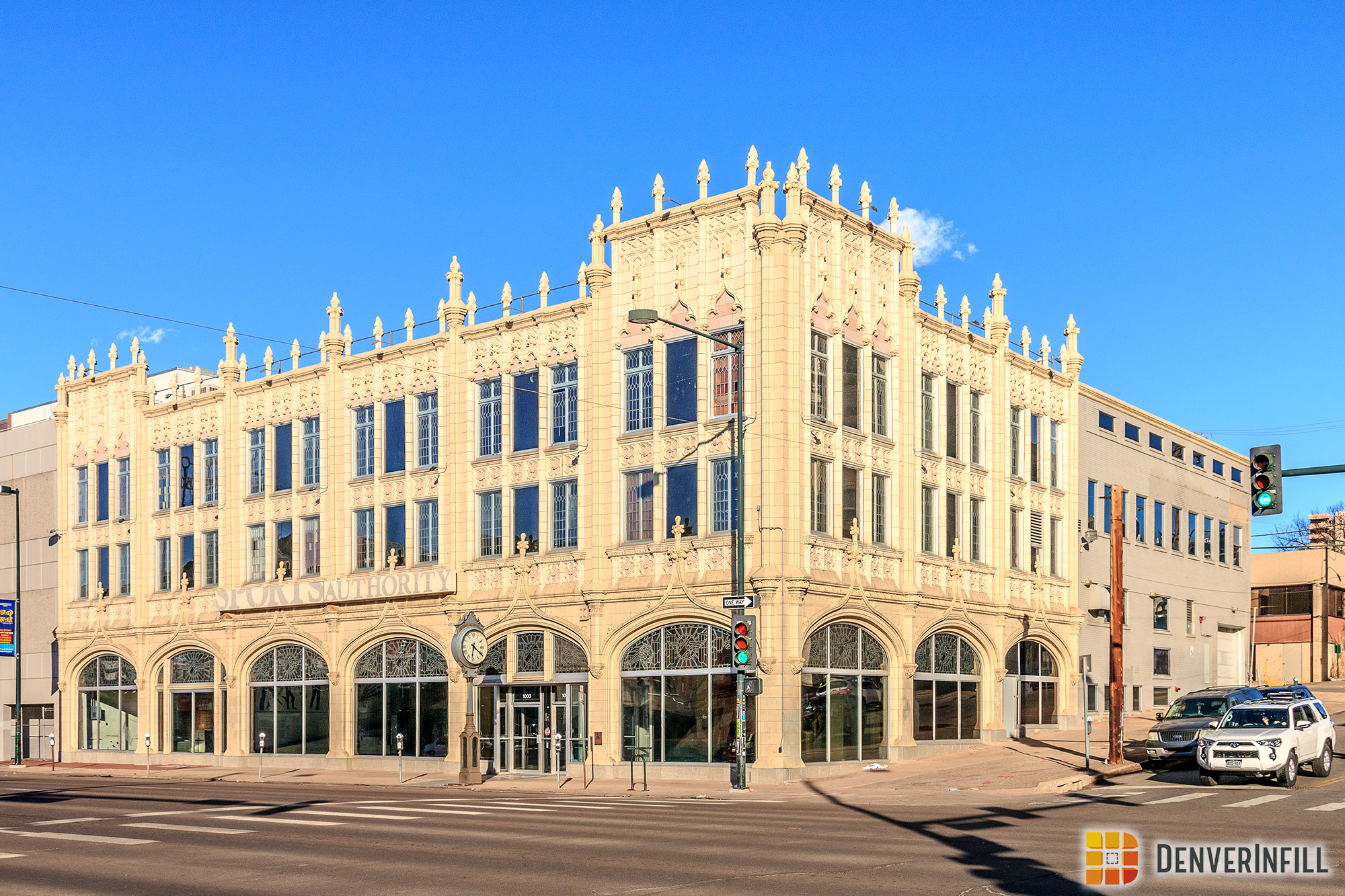 Looking closer at the Sports Castle, a little bit of revitalization and care will make this already great building into a iconic landmark along this stretch of Broadway. 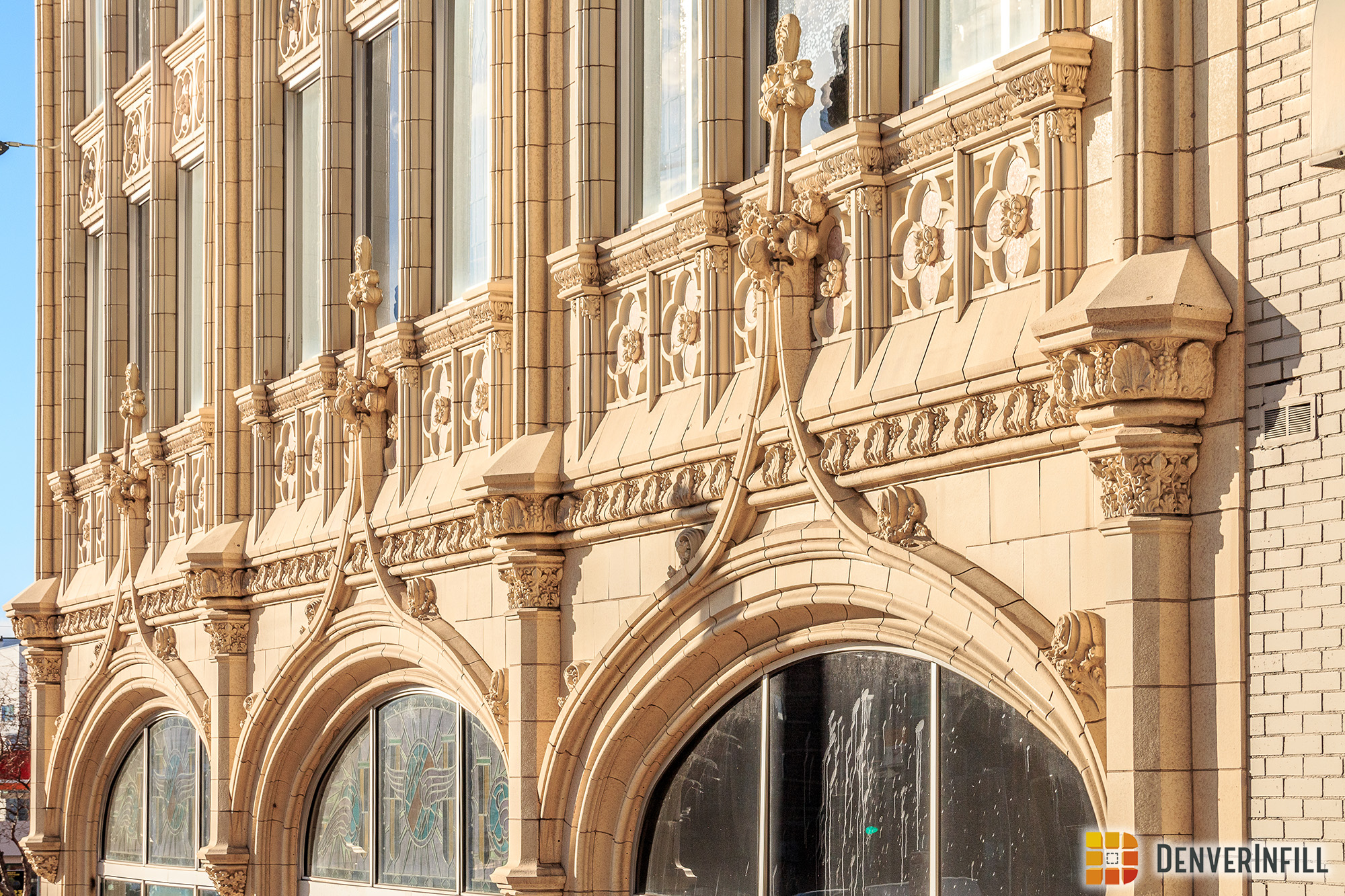 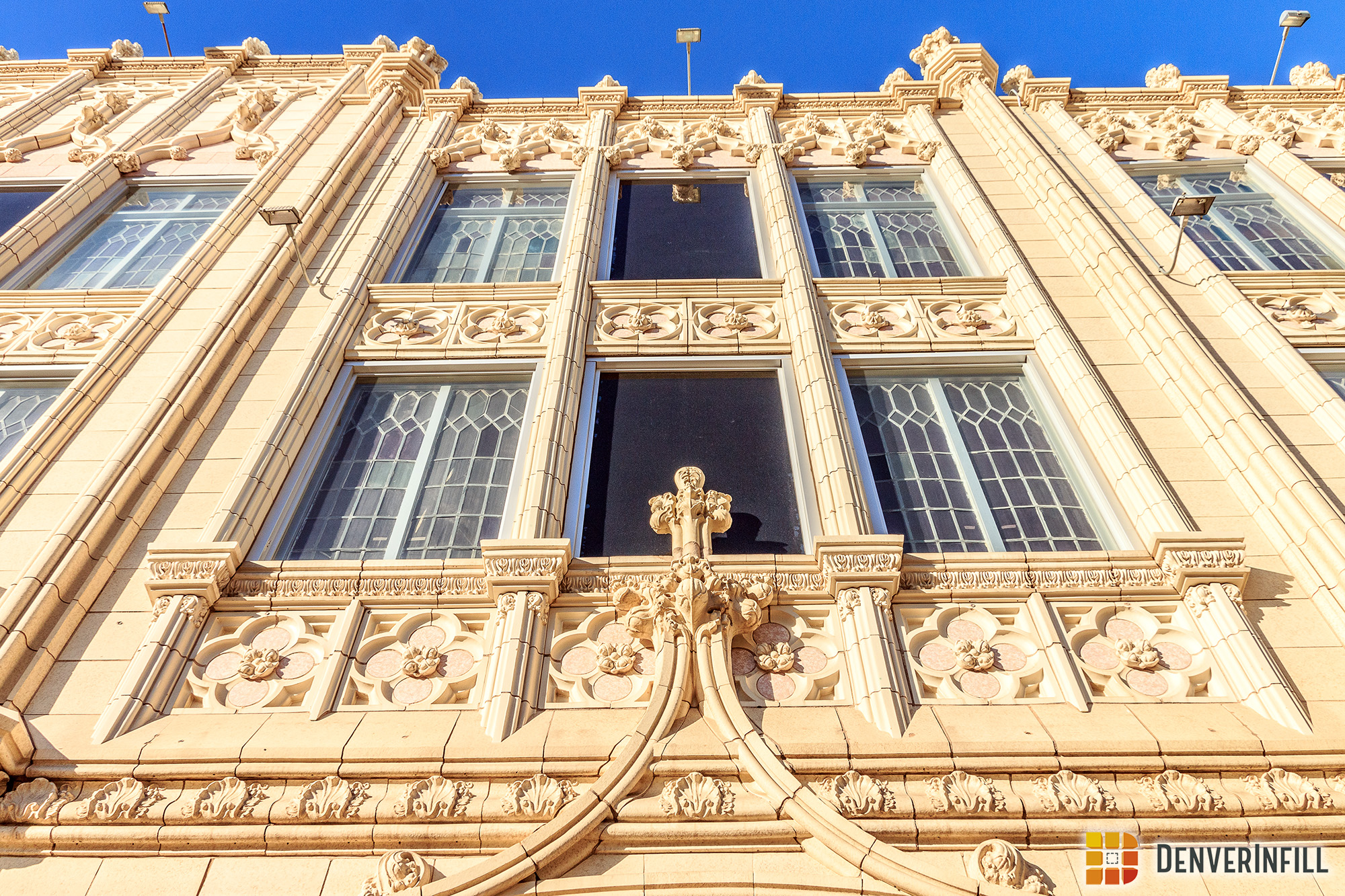 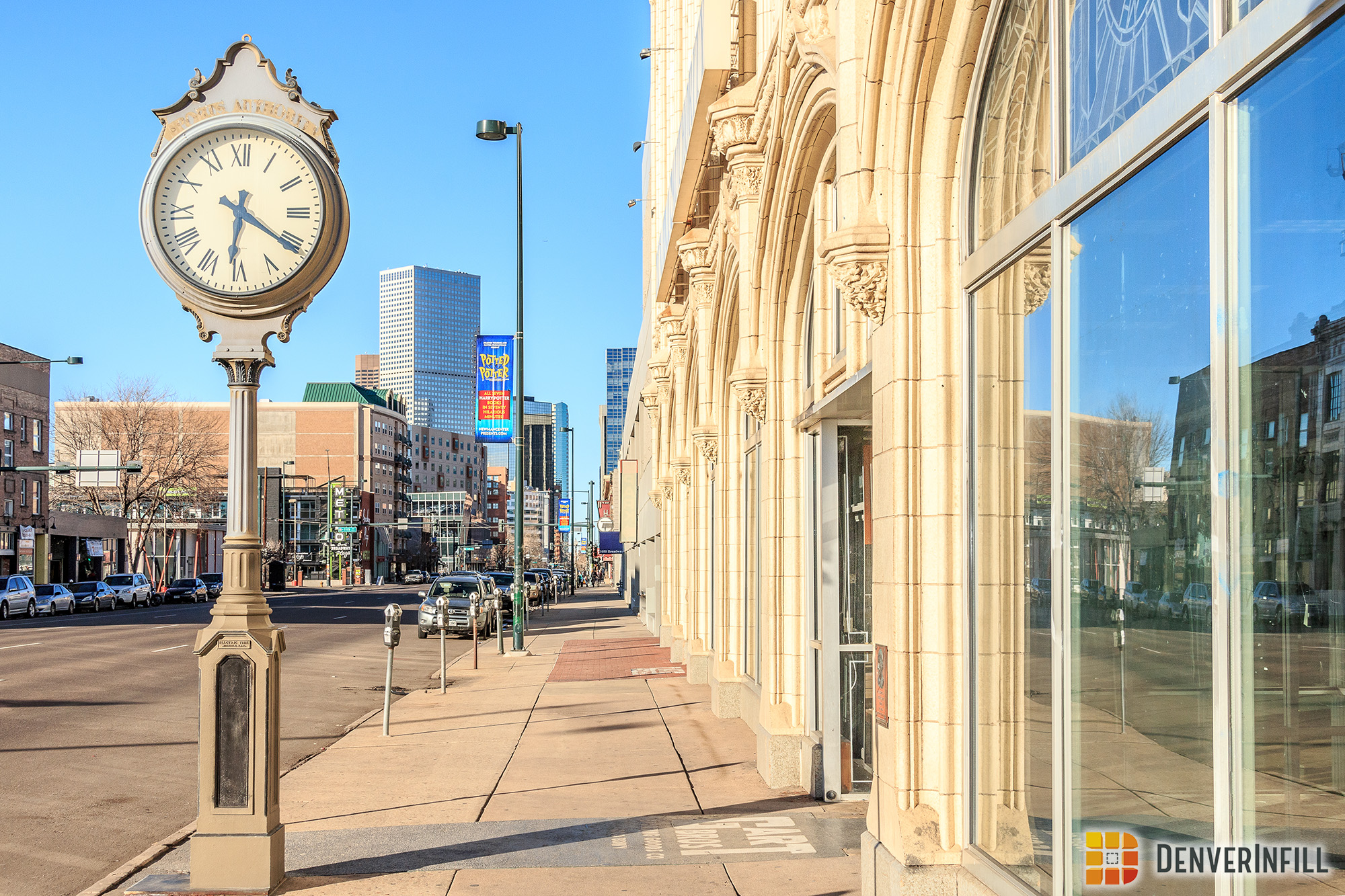 According to a recent article on BusinessDen, the project also calls for 669 parking spaces with Studio PBA as the architect of record. As a reminder, this project is in the very early stages of development as the concept plan is typically the first of many documents filed with the city. As soon as we find out more information, including renderings, we will provide an update.