A Union Station Update… Sort of

On the first leg of our travels, we spent two days in Tulsa. We had never been here before so the city was a great discovery for us. It seems that the beautiful downtown resulted from the intersection of a 1920s oil boom and the art deco style of the era. The outcome is worthy of a visit.

But, as usual, I’m here to talk about Union Station or, in this case, the Tulsa Union Depot. 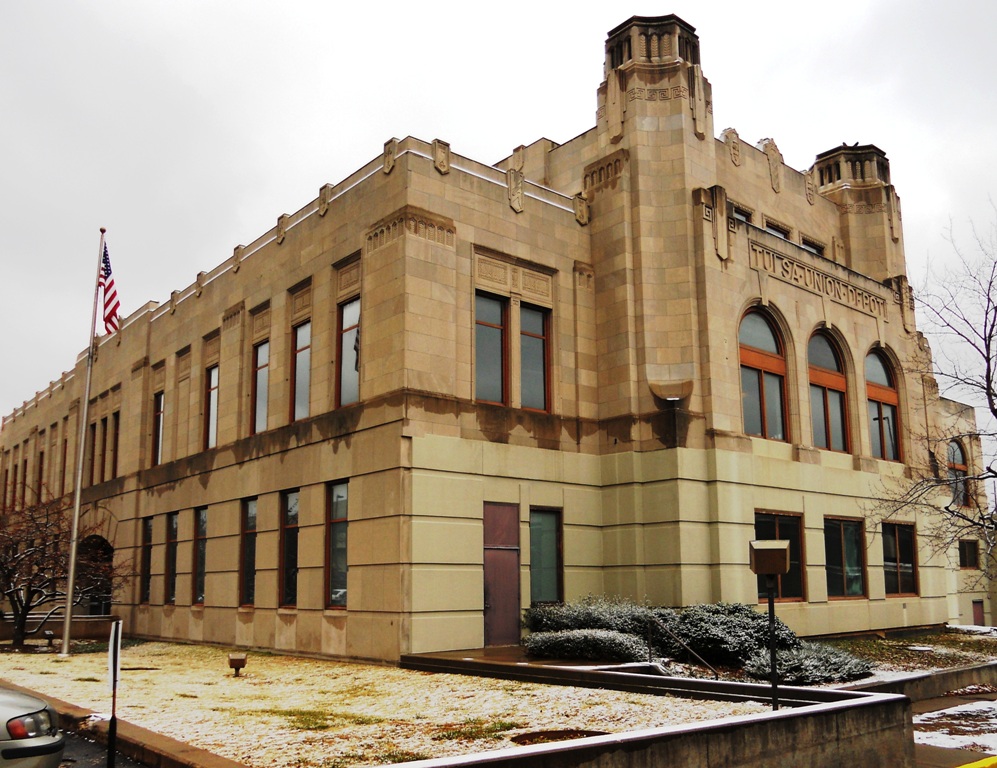 I took this photo on January 10, 2011, a very cold day in Tulsa. After the last train left this station in 1967, the building fell in disrepair to the extent that the roof collapsed. Restoration was completed in 1983, and now the building is yet another fine example of Tulsa’s art deco architecture. Unlike Denver’s Union Station, this one no longer has a place in the city’s transportation system. It is an office building. And it’s a beautiful office building.