Over in the Speer neighborhood, the County Club Towers are trekking along. When we first announced the project, there was a lot of uncertainty with the massing and materials, but we finally have a good idea of what’s going up.

To start, here is a unique vantage point I have been using for this project. The west tower is poking out just above the trees and will be very prominent when it approaches its final height. 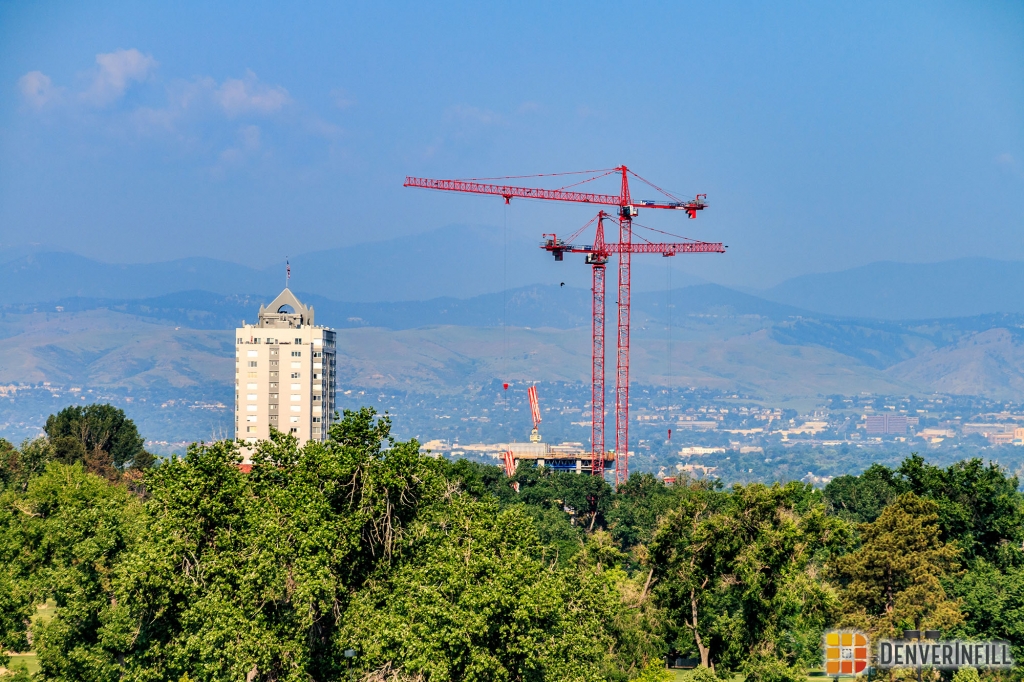 Going down to the ground level, we can see that the west tower is up eight stories; 26% of its final height. Here are three things that have already exceeded my expectations with this project. Number one: the towers will not be a flat. Each unit will be facing at an angle making the tower look jagged. 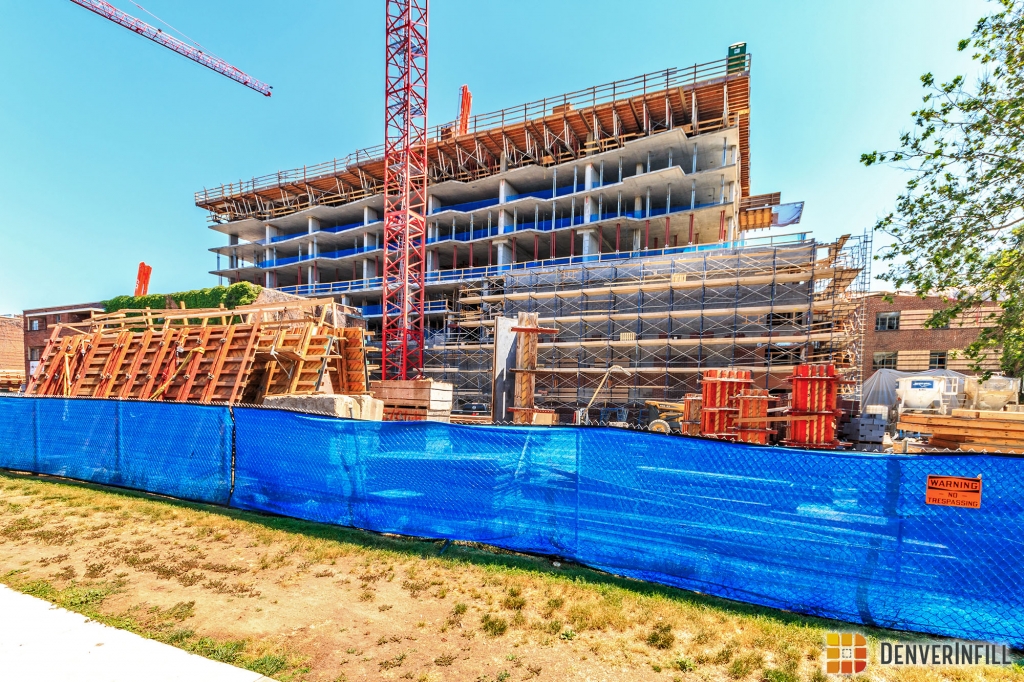 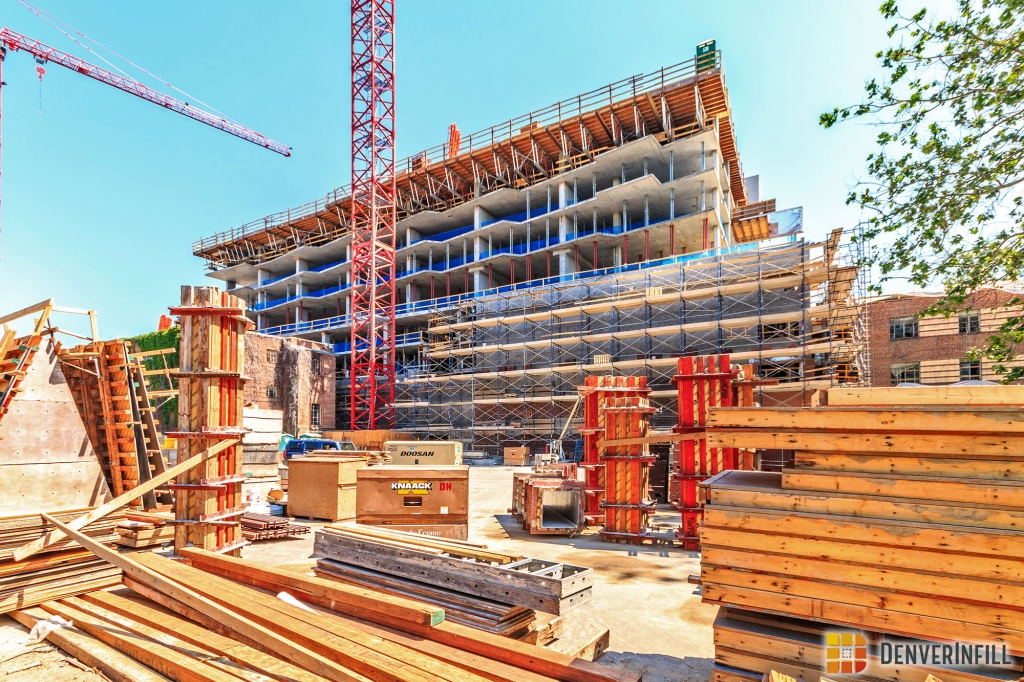 Number two: The podium facade has the same brickwork, color, and patterns, as the surrounding historic Country Club Gardens. 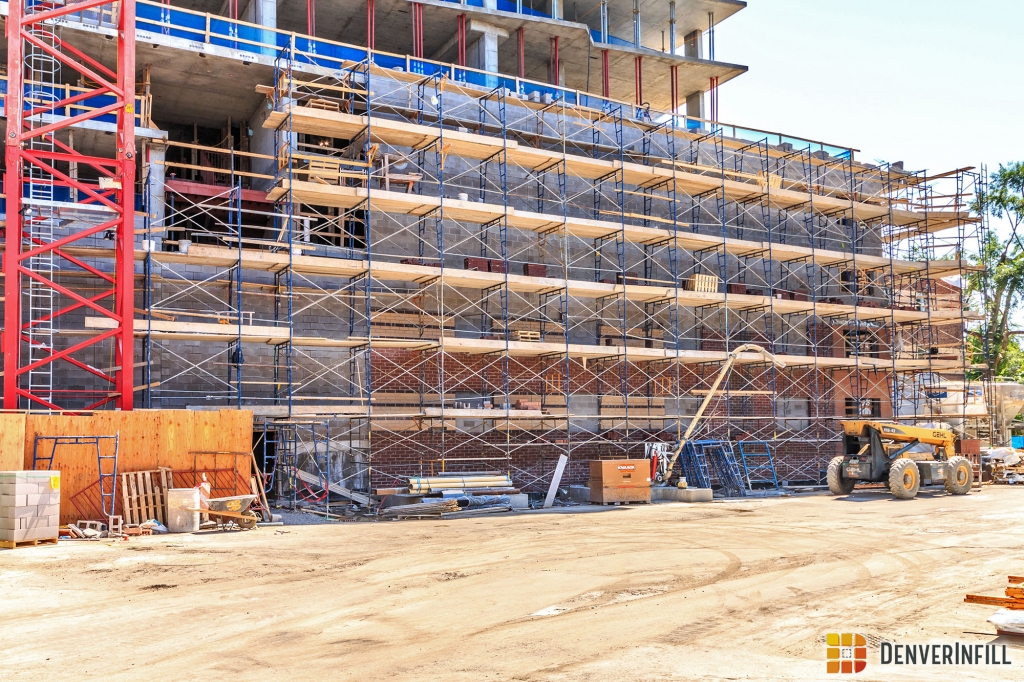 Number three (this one is very important): The east and west towers will be significantly set back from the podium making these more point towers than large 30-story walls. 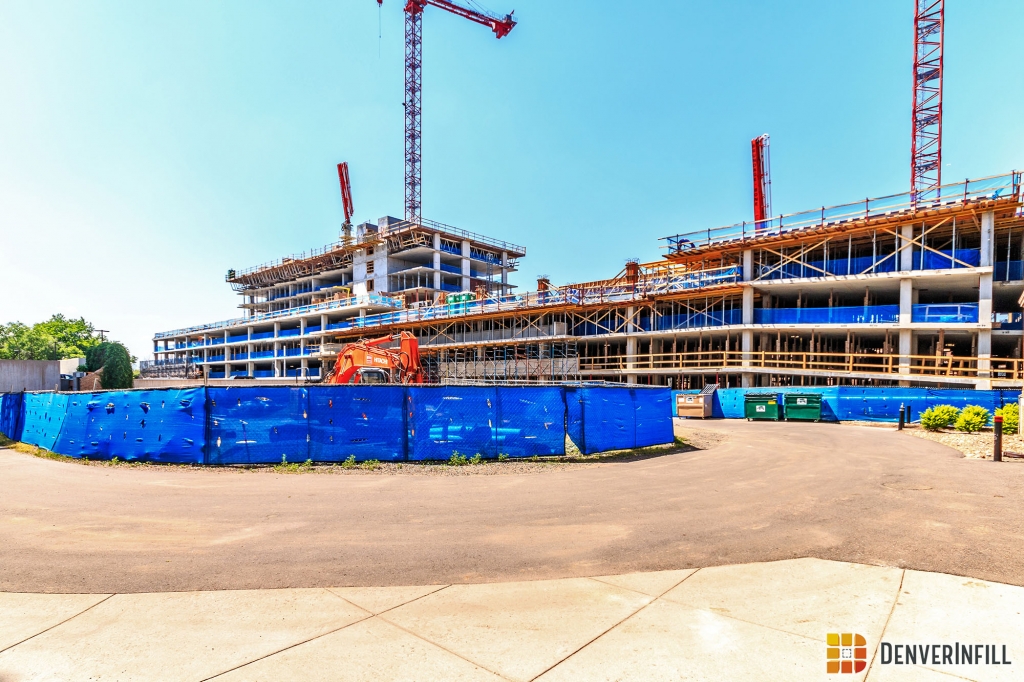 The eastern portion of the podium is close to topping out with one more floor to go. It should only be a few weeks until the east tower starts to go up. 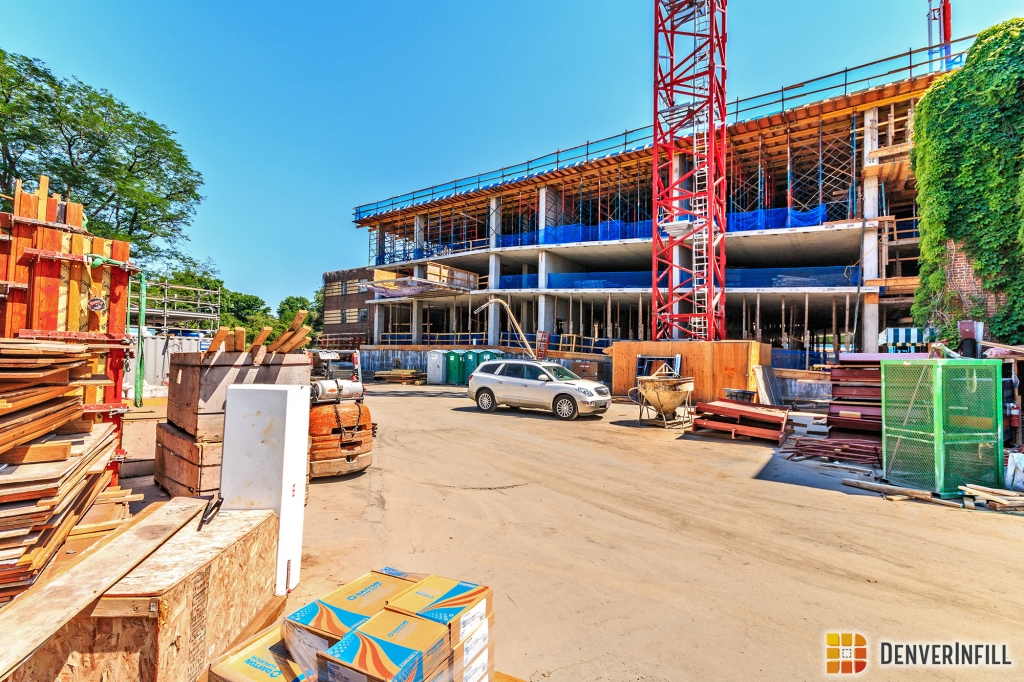 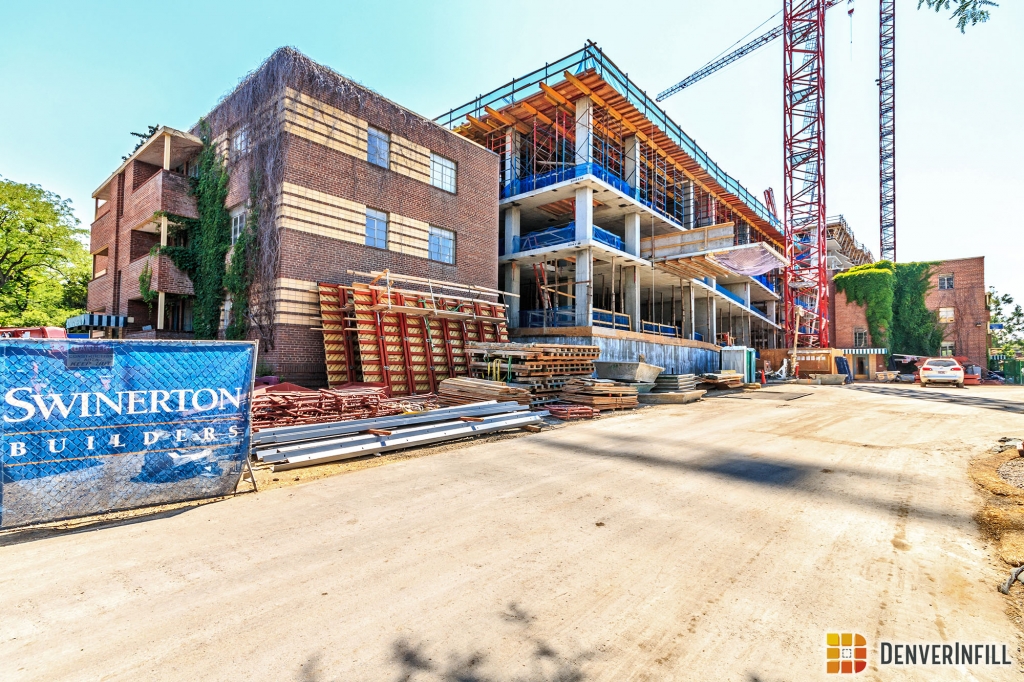 As a bonus, here is a mock-up of the facade minus the concrete wall to the left; that’s the foundation for another building. 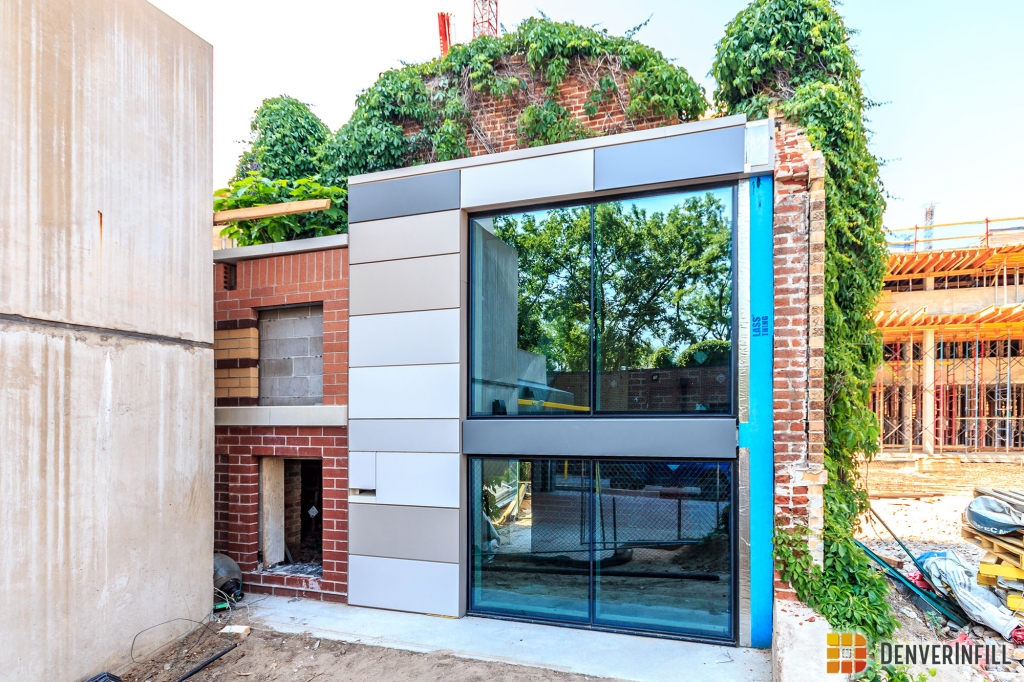 Like The Confluence, the Country Club Towers are going to make a significant impact on the Central Denver skyline. From what we are seeing, these will be slender towers, and feature a very unique look when complete.