A major new condominium development is proposed for the corner of 18th and Glenarm in Upper Downtown.

On Tuesday, while most of us were preoccupied with the U.S. midterm elections, Canadian developer Amacon submitted site development plans with the city planning office for a two-tower, 477-unit residential project along Glenarm Place between 18th and Broadway. The south tower, rising 38 stories, would face 18th Street while the north tower, at 32 stories, would face Broadway. Below is a Google Earth aerial photo with an outline of the site: 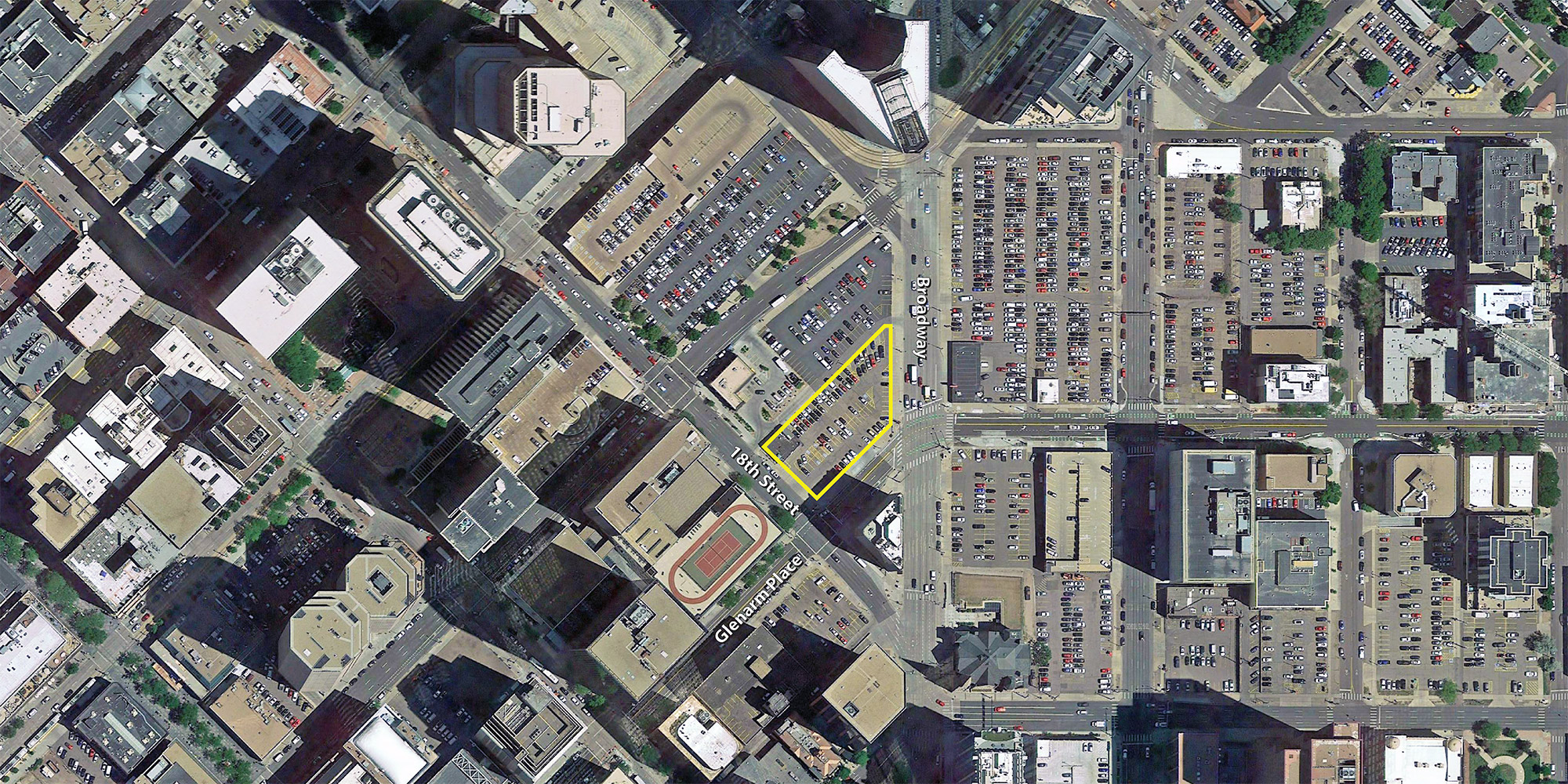 The trapazoid-shaped site measures 30,385 square feet or about 0.70 acres in size. The only structure on the property is a small one-story building constructed in 1906—the home of Shelby’s Bar & Grill—which covers only about seven percent of the site; the remaining ninety-three percent is surface parking.

Here are a couple of birds-eye views of the project location, first looking southwest down Glenarm, and then from across Broadway looking northwest: 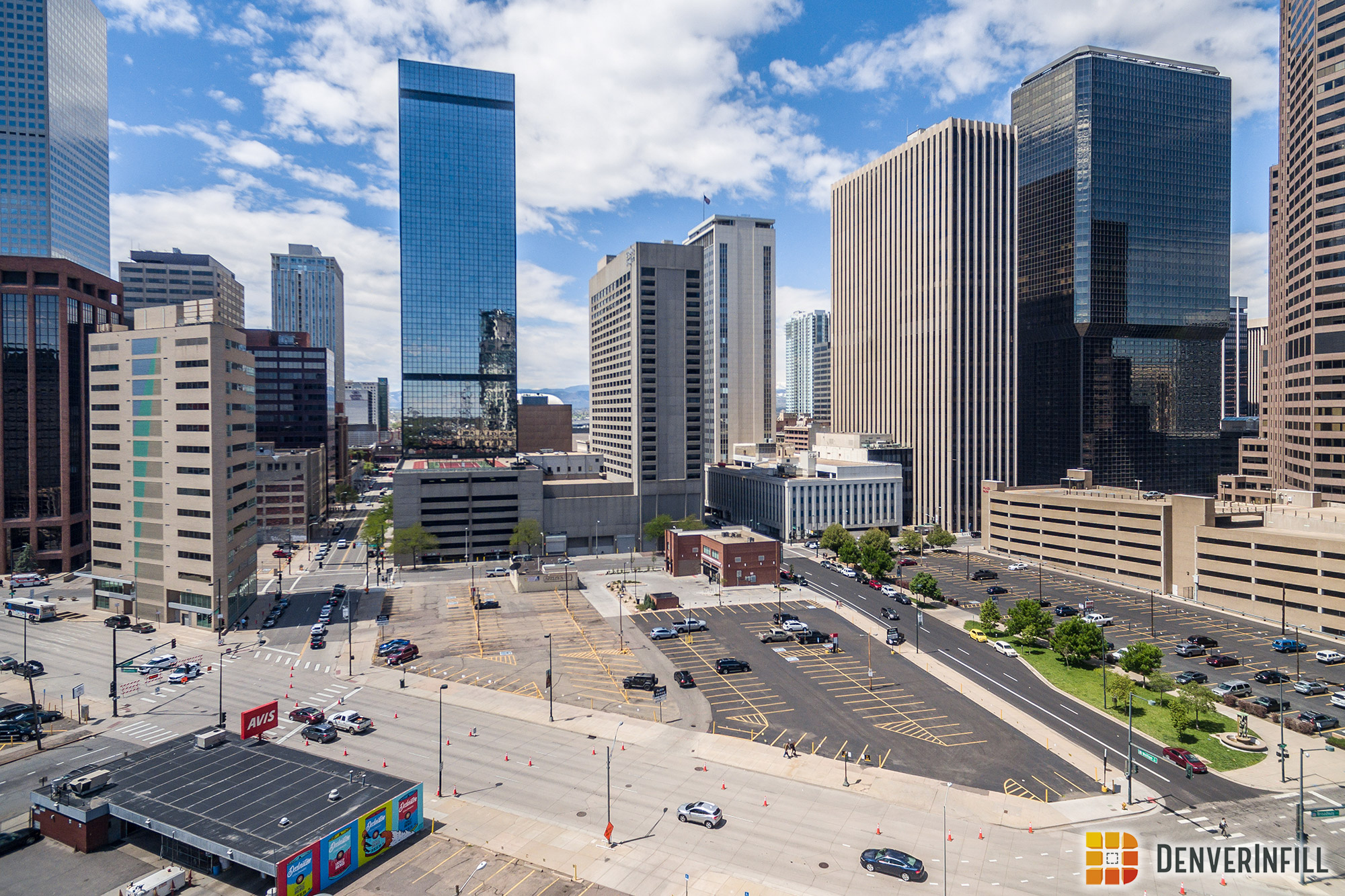 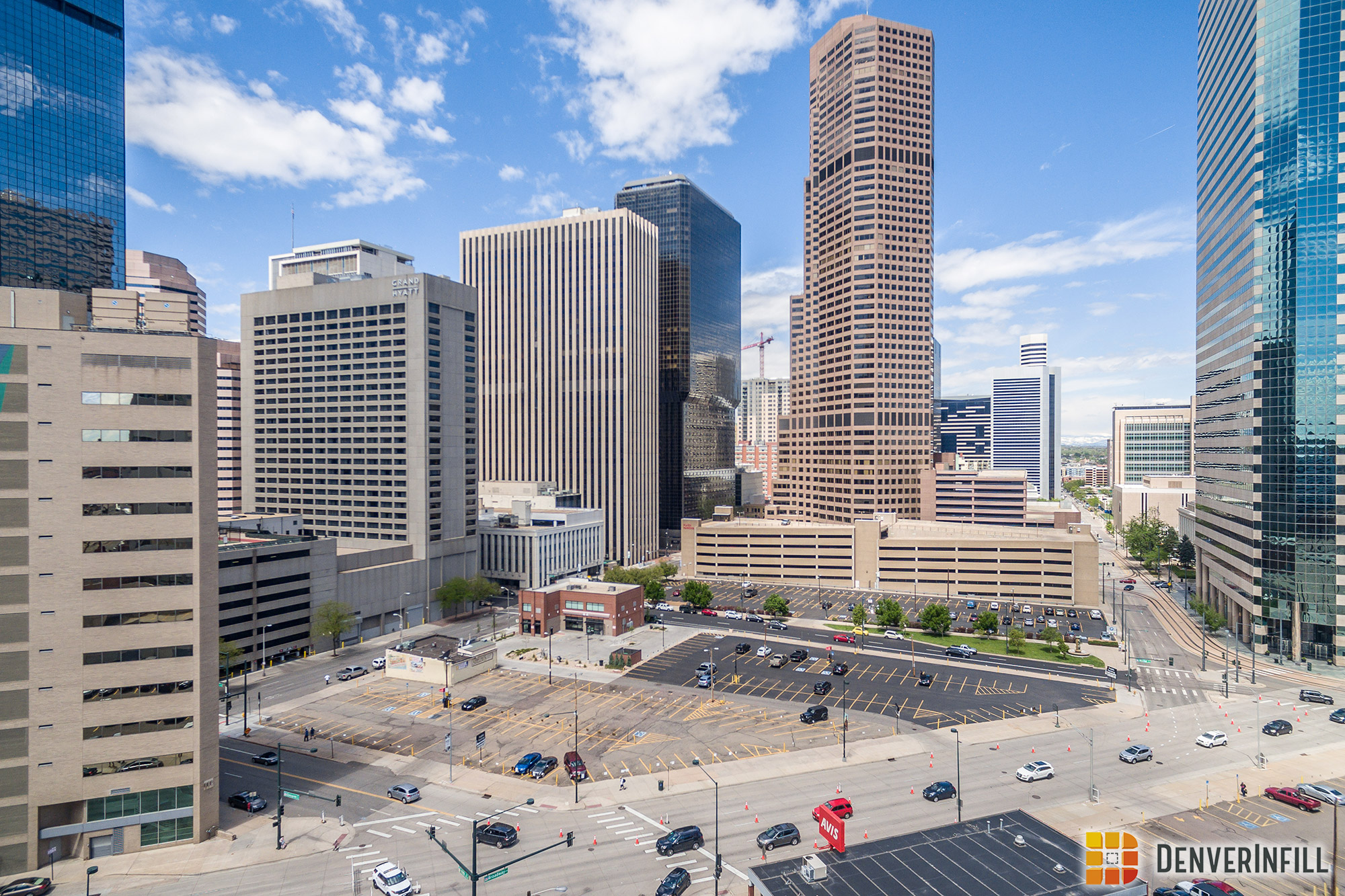 The site development plans filed with the city provide the following details:

These details are preliminary and subject to change as the project goes through the development review process. For example, BusinessDen reports that Amacon has already tweaked the unit count from 477 to 463 since the plans were filed, and more changes are possible as Davis Partnership Architects refines the design in the coming months. Amacon is aiming to break ground in May 2019 and complete the project by October 2022.

Long-time DenverInfill readers may recall our Worst Downtown Parking Lot Contest in 2007, and that this block (Block 176) was one of the five candidates chosen by readers. Using the Denver Public Library’s amazing digitized historic photographs collection, we investigated what each candidate site looked like before they became parking lots, so check out what we learned about the history of this 18th and Glenarm site here.

The best historic photo I could find of what once stood on this site is below (courtesy Denver Public Library), which shows the northeast side of 18th Street between Welton and Glenarm in the 1920s. The three-story building on the right was the Empire Hotel at 18th and Glenarm, and the little one-story building to its left is the building where Shelby’s is today. I’m not sure when the Empire Hotel was razed—probably the 1960s or the 1970s—but let’s just say it’s been an ugly parking lot for a long time. This is where the proposed 38-story south tower will rise. 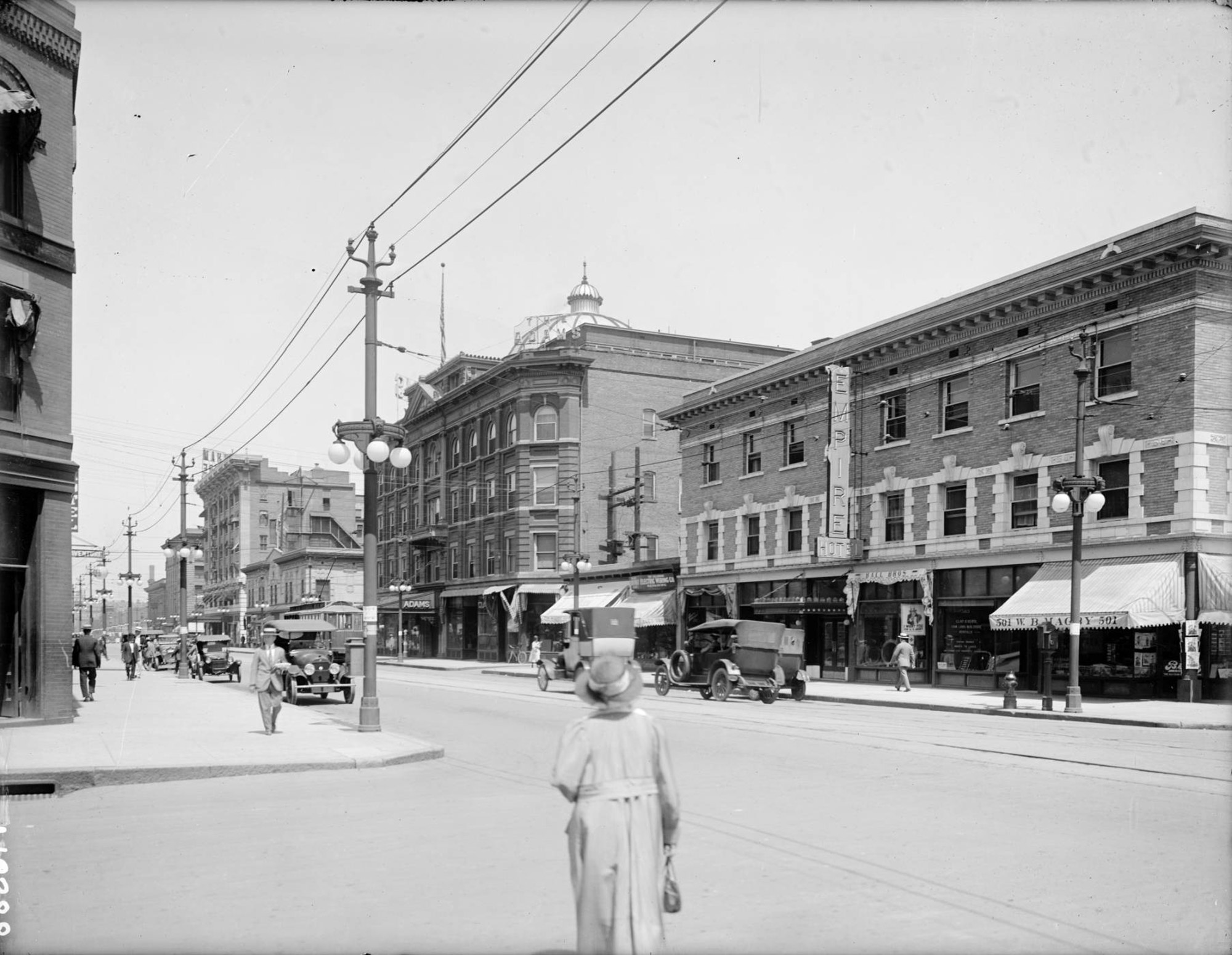 This area is the worst parking crater in downtown (excluding the sea of asphalt around the Pepsi Center), so this proposed development is wonderful news. And unlike some recent speculative proposals at 19th and Arapahoe and 17th and California, this project is being proposed by a major developer with an excellent track record of completing dozens of similar high-rise projects in Vancouver and other Canadian cities.

Hopefully, our next update will include some preliminary renderings. Stay tuned!