I really wanted to keep my photo-every-twelve-years streak alive, so I looked through my photo albums but couldn’t find a Central Platte Valley photo from 1997. Sorry. However, I did find this one I took from I-25 and 23rd Avenue during the summer of 1996. Close enough? 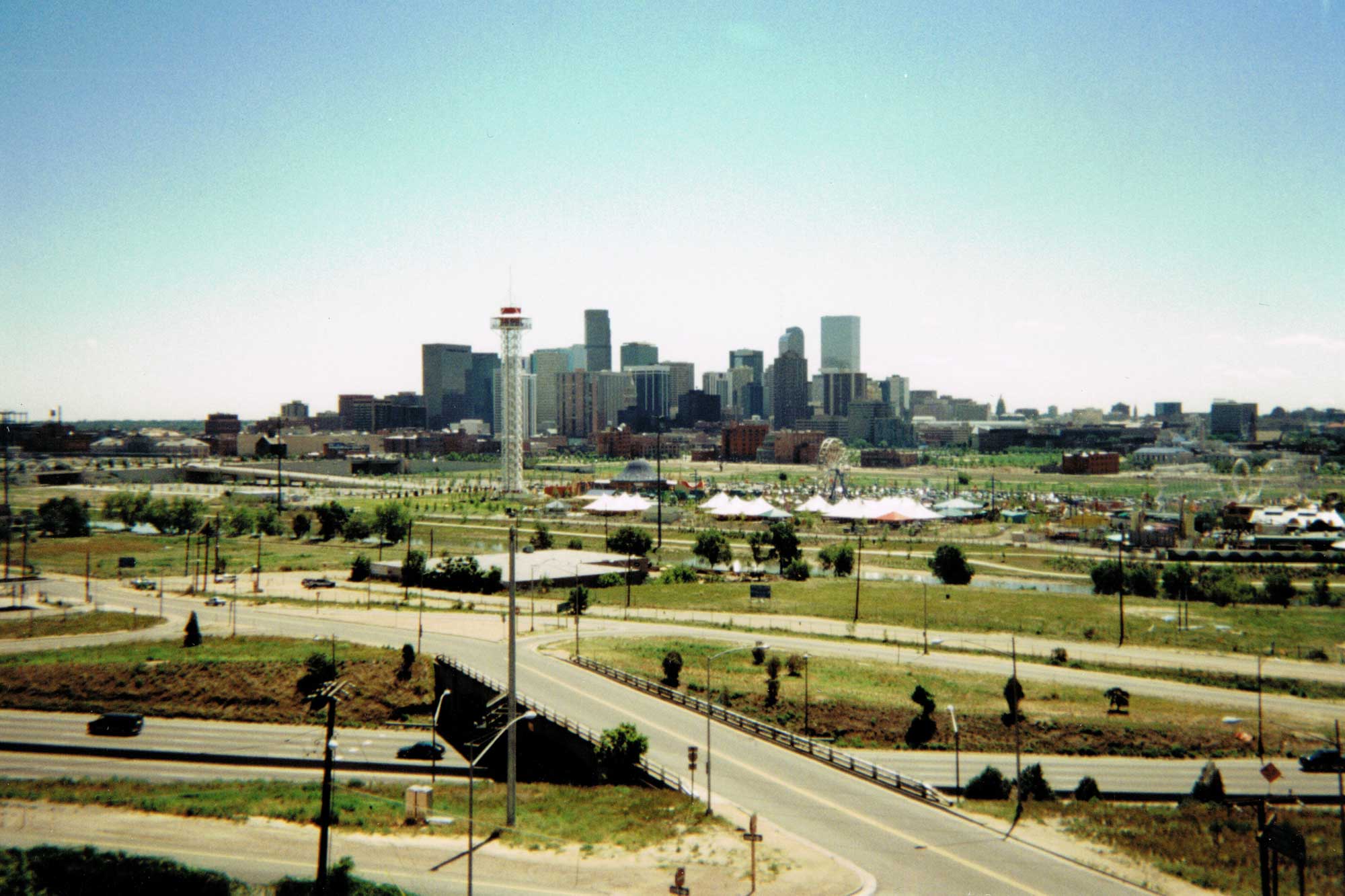 What’s interesting is how immature Elitch Gardens looks. Elitch’s opened in the CPV in May 1995 so at this point the new Elitch’s was only a year old. Coors Field is visible on the left edge of the photo, but there’s no Pepsi Center yet. That wouldn’t break ground until November 1997. In the foreground, Colorado Ocean Journey (now the Downtown Aquarium) had not yet broken ground either. That wouldn’t happen until April 1997.

No new development had occurred yet behind Union Station. It would be three more years before construction on Commons Park would begin. There’s one building in this view that isn’t there anymore and I totally do not remember it at all. It is the dark gable-roofed building immediately behind the blond-brick Postal Annex building, at approximately the location of the Gates building today. It was fairly tall—the peak of its roof is about the same height as the top of the Postal Annex, approximately 60 feet. Does anyone remember anything about that building?

If we were to do another 12 years, that would put us at 2008/2009, which is basically what we have today, so I won’t bother. But you could always peruse the DenverInfill Blog archives for photos of the Central Platte Valley and Auraria from those years. I’m sure you’ll find a few.