Explore the West Corridor with ULI

Once a quarter, Urban Land Institute (ULI) Colorado hosts an Explorer series event that includes both a panel discussion and tour relating to an urban development topic, project, or site. (I’m co-chair of the committee that organizes these events). This Thursday, September 2, our Explorer event is “A West Corridor Story” where we will focus on RTD’s West Corridor light rail line currently under construction.

The panel (held at the Denver Athletic Club downtown) will focus on the corridor and the land use plans, projects, and impacts associated with the new transit line. The tour will then trace the route of the West Corridor line, with a stop and tour of the new St. Anthony’s hospital next to the Federal Center station in Lakewood. The tour will continue on to Golden, where we’ll see many of the great infill projects in Downtown Golden, ending with a reception on a terrace along the banks of Clear Creek.

For more details about the event and to register, please go to this page at the ULI-Colorado website. Tickets are going fast and there are only a few seats left for the tour portion.

By the way, you’ve probably seen all the West Corridor construction activity along Sixth Avenue, with the dramatic bridge over the highway by the Federal Center and the flyover at Indiana Street. But now the construction is closing in on Downtown Denver. Here’s a photo I took yesterday of a new light rail bridge just south of Colfax across from the Auraria West Campus station: 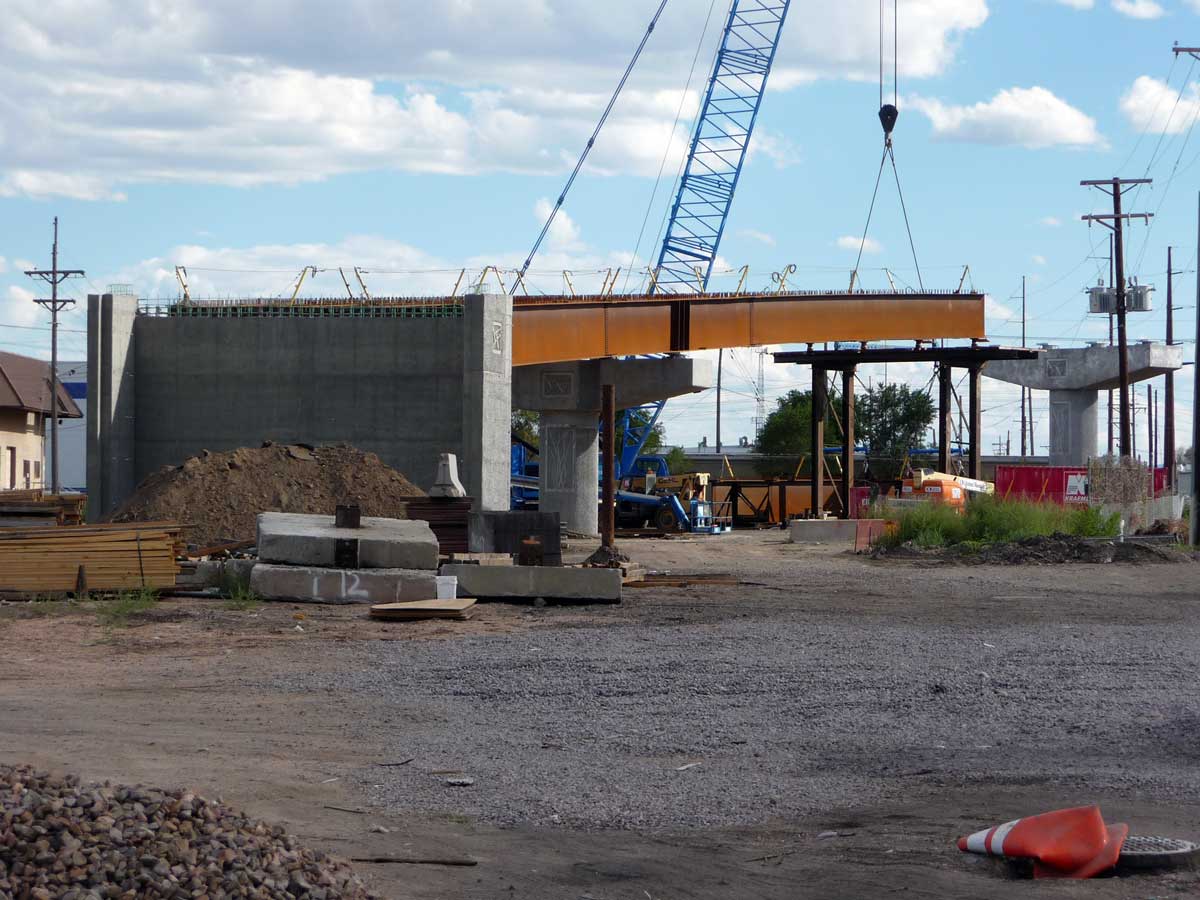 The West Corridor light rail line will open in 2013.